It’s lockdown again and the opportunities to get out and about and enjoy new experiences has become more difficult for at least the next couple of months. However, you can still get out for your daily exercise session and if you live in South West London, Wimbledon Common is a wonderful place to do it.
Wimbledon Common is an 1140 acre expanse of heath, wood and grassland interspersed with small ponds that nestles between the traffic-choked artery of the A3 and the leafy suburbs of Wimbledon and Putney. Those of a certain age will always associate this area with Elizabeth Beresford’s magical Wombles who “made use of the things that they found” while moving underground and overground. 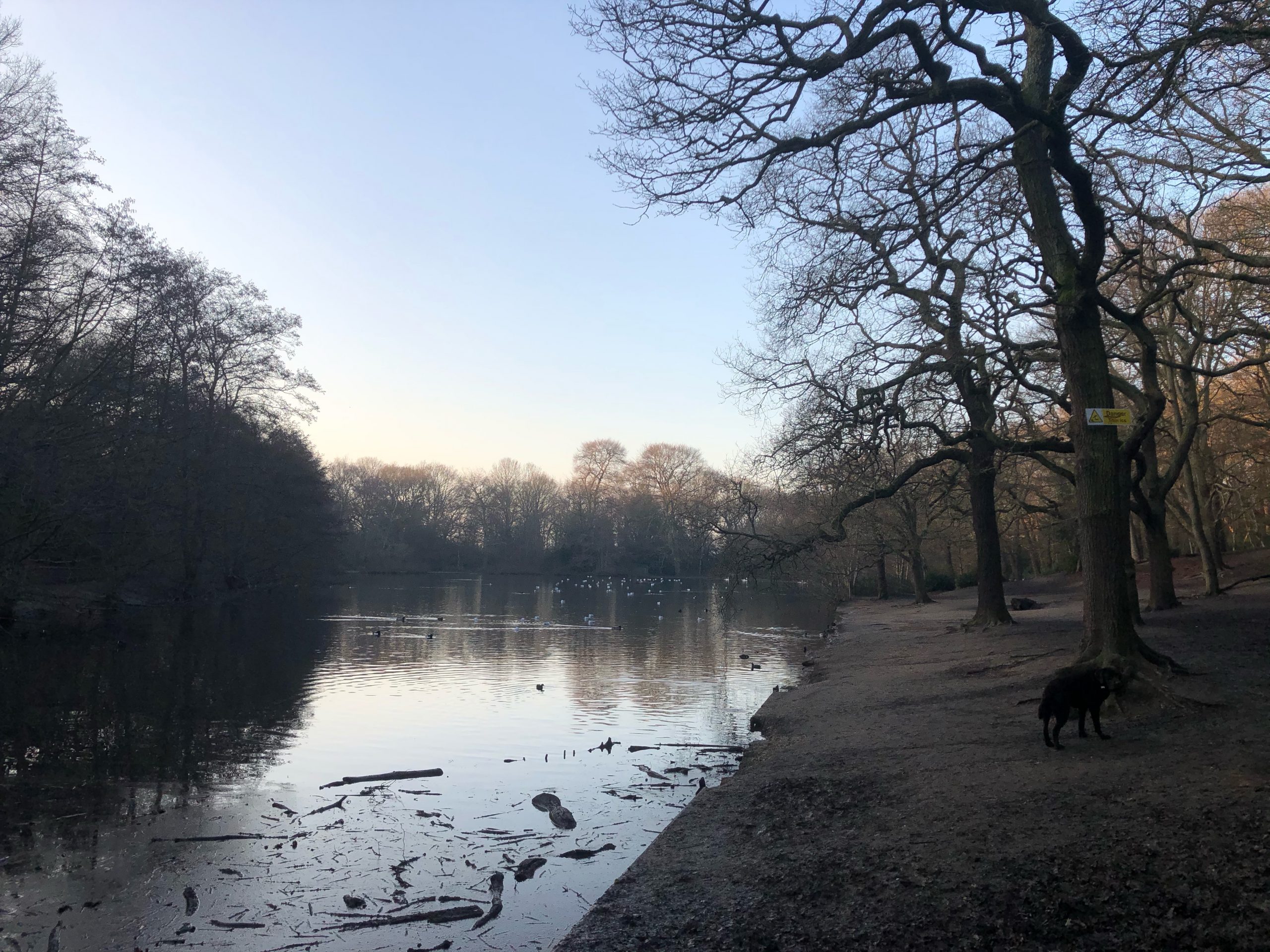 There is terrific biodiversity on the common with abundant wildlife and unusual flora and fauna. An early morning stroll in April will reward you with the most glorious dawn chorus.  Blackbirds, ChiffChaffs, Blackcaps, Whitethroats and Song Thrushes all compete with countless others.  This year, perhaps more than any other, that experience will lift the soul. There are some rare inhabitants here. Increasingly rare Stag Beatles take to the air in late June.  The acrobatic Hobby, one of the smaller falcons arrives in the early summer and feasts on the abundance of dragonflies that emerge at the same time. Kingfishers patrol the Beverly Brook delighting all who catch a glimpse of their iridescent plumage. From the late spring the butterflies begin to appear and many of our native species can be spotted flitting through the glades. There are badgers here and this is one of the increasingly rare spots to see common lizards basking in the hot days of Summer. 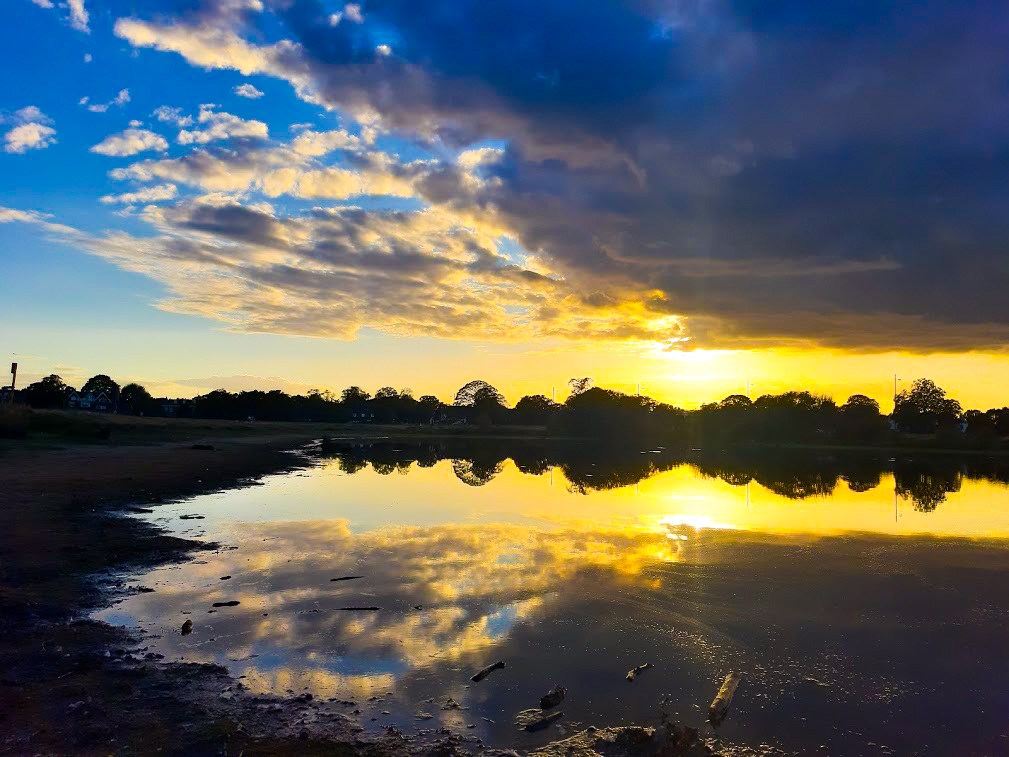 Summer sunset over one of the ponds of Wimbledon Commons. Image: Clarissa Donda

An abundance of history can be found here too. The prehistoric enclosure called Caesar’s Camp still has impressive earthen ramparts but almost certainly precious little to do with Caesar. It is now believed to date to perhaps the 6th Century BCE.  Slap bang in the middle of the Common is the famous Windmill where you’ll find a splendid small museum and an excellent cafe. Robert Baden Powell, founder of the scouting movement wrote much of his seminal work, “Scouting for Boys” while living at the Windmill at the beginning of the 20th Century. 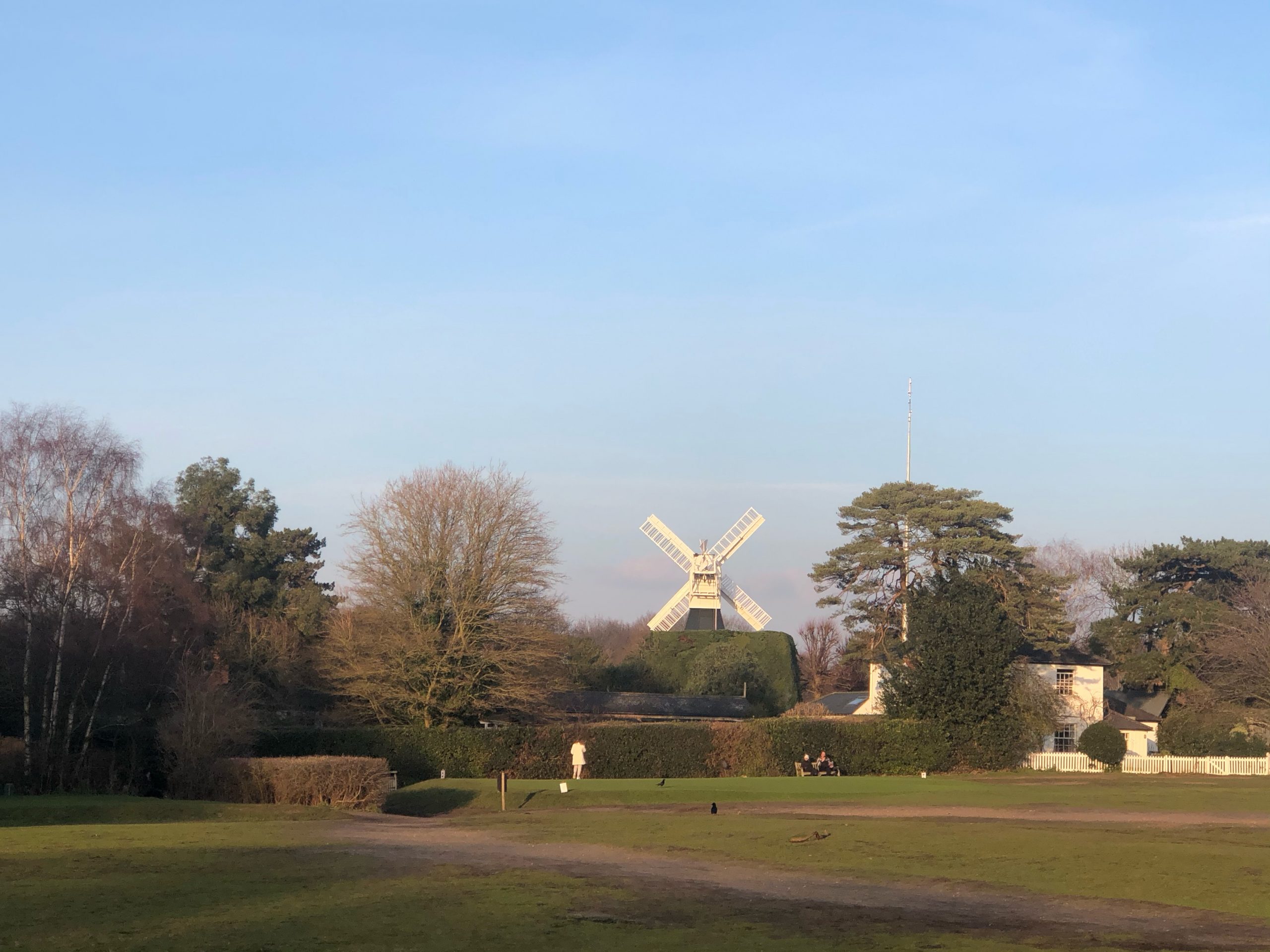 The Windmill. Picture by Richard Ing

Here too was founded the National Rifle Association. Now relocated to Bisley in Surrey, the summer meeting was very much part of the society season and was graced by the presence of royalty with Queen Victoria attending on the occasion of its first meeting in 1860. There were military camps and even an aerodrome located close to the Windmill during the First World War. A V Roe, an early pioneer of flying may have made a very early flight on the Common. He lived locally at the Putney end of the Common and constructed some of his early machines in his brothers’ stables at the bottom of West Hill.  Roe went on to found the aircraft manufacturer AVRO which produced the iconic Lancaster and Vulcan bombers.

Wimbledon Common has a wild feel about it that sets it apart from many other of London’s parks. It feels much less manicured than neighbouring Richmond Park and there is a real sense of entering an unspoilt wilderness. In my opinion, the best thing to do on the Common is to wander off the paths and lose yourself among all of nature’s glories before repairing to the cafe for an enormous breakfast!

About the author:
Richard Ing is a London Blue Badge Tourist Guide. He says he’s been lucky enough to live and work in London for the last 30 years and as a result he has an excellent knowledge of the sights and sounds of this fantastic city. Having previously worked as a police officer and as a civil servant he can provide you with a unique insight into the streets of London and all of its world-class attractions. You can see some of the tours he offers on his website, Ing Tours.