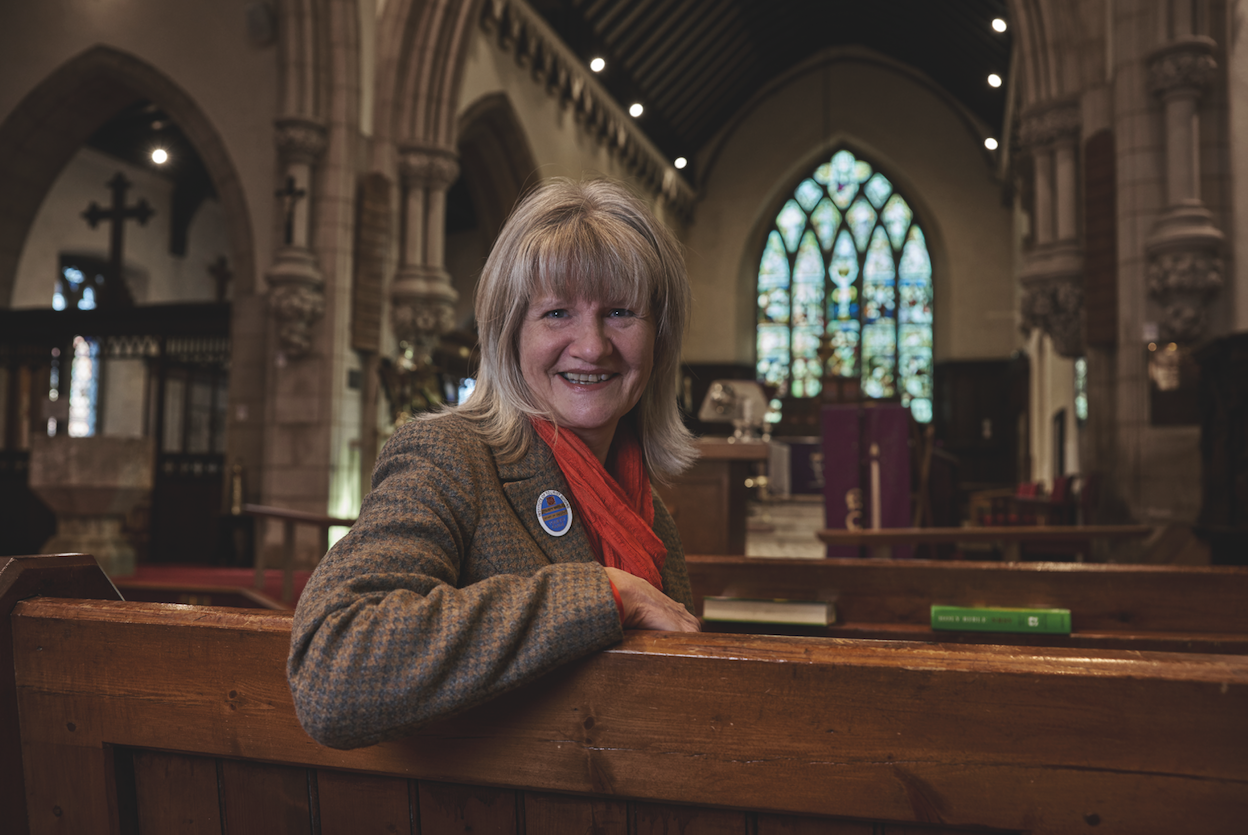 “Nottingham is a city of rebels,” says Felicity Whittle. “Take our most famous son, Robin Hood. He has become a universal symbol of revolution, stealing from the rich to give to the poor – the people’s hero who has turned into an international legend.

“The city loves ‘Robbing Robin’. We have his statue, an energy supplier named after him and when Nottingham promoted an anti-littering campaign, it was lead by a figure of Robin in his bycocket hat putting his rubbish in a bin. He was a very tidy rebel. 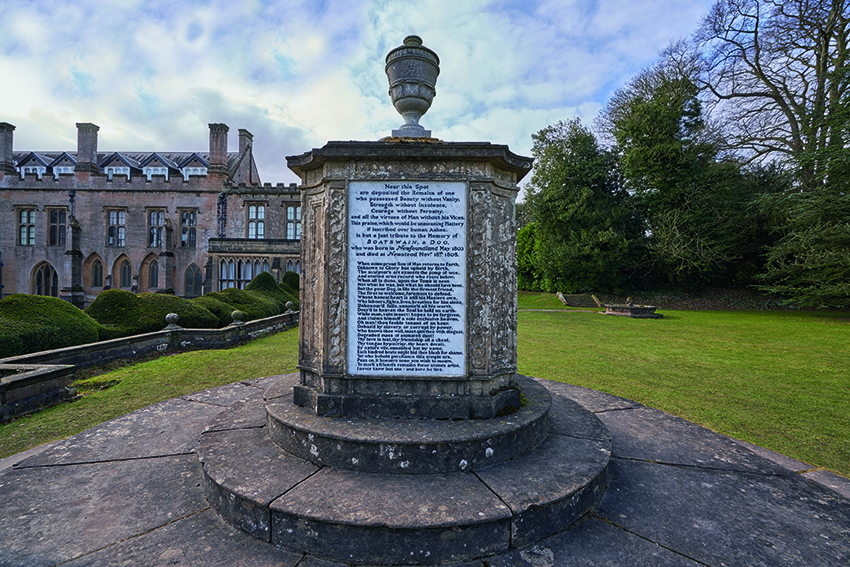 “The last remnants of Robin’s Sherwood Forest are home to the beloved Major Oak. This ailing thousand-year-old tree – held upright by supports – is where the heroic outlaw and his merry men allegedly made camp.

“If Robin was a mythical rebel, Lord Byron was a very real one. He arrived in Nottingham aged ten and was inspired to write his first poem: ‘in Nottingham county, there lives at Swine Green, as curs’t an old lady, as ever was seen’. Nobody knows who the ‘curs’t woman’ was, but Swine Green is where local people’s pigs were herded.

“At 15 Byron fell in love with local girl Mary Chaworth. The teenage poet tried to woo her with romantic verses, but she spurned him, calling him ‘that lame boy’. Byron suffered with a club foot. “Chaworth was almost certainly the last woman – or man – to reject Byron. In 1812, with the publication of Childe Harold’s Pilgrimage, the poet was a celebrity, famously quipping: ‘I woke one morning and found myself famous’. He was the new-romantic ‘rock star’ of his time and one of the most prolific lovers in England, whose mistresses included the future Prime Minister Lord Melbourne’s wife, Lady Caroline Lamb, who dubbed him ‘mad, bad and dangerous to know’.

“After university at Cambridge, Byron moved to his crumbling ancestral seat at Newstead Abbey. With half the house derelict he used the empty hall for pistol practice and the deserted dining room to play battledore – an early version of badminton. In characteristically decadent fashion he bought a set of friar’s habits, then invited guests to don them and party amidst the abbey ruins while sipping wine from the skulls of deceased monks.

“Byron met his death in 1824 as a true rebel, fighting alongside the Greeks for their independence from the Ottomans. Westminster Abbey refused to inter him in Poets’ Corner –there were mutterings about the poet’s republican sympathies and an improper relationship with his halfsister – so his body was brought to St Mary Magdalene Church in Hucknall, near Nottingham. His daughter, the mathematician Ada Lovelace – who the poet never met – is buried alongside him. 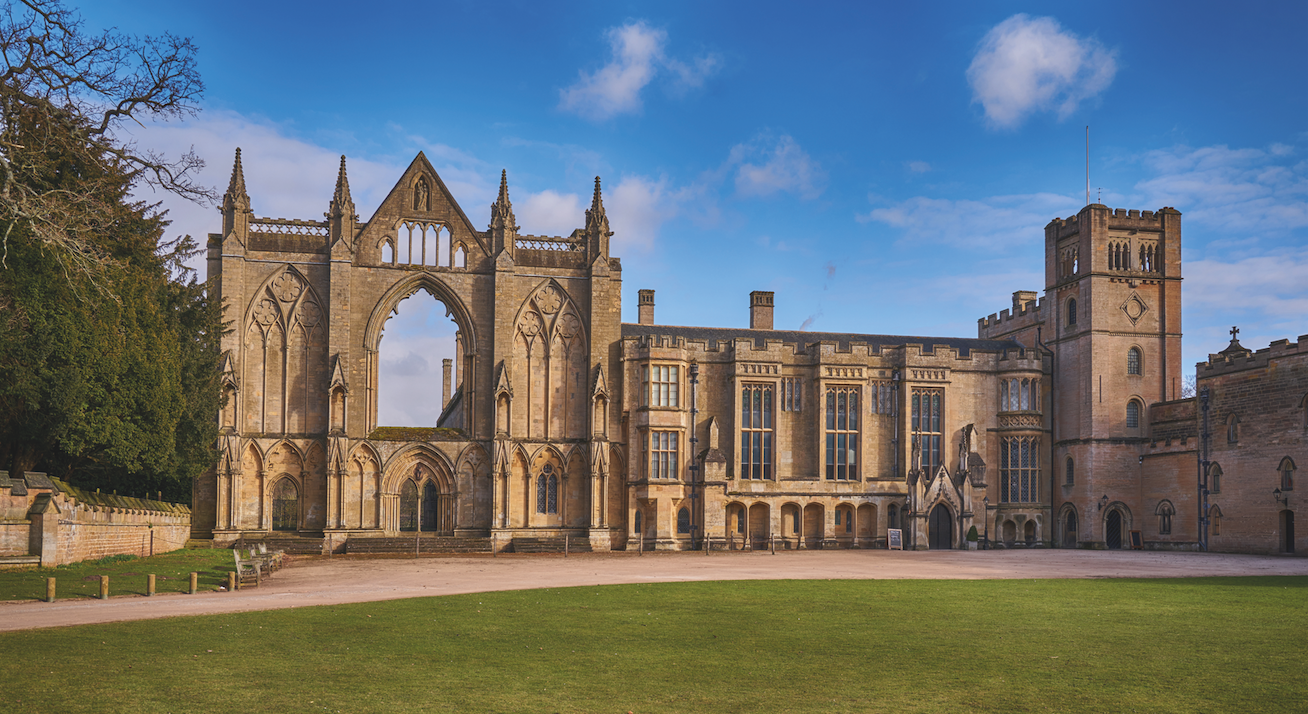 “D.H. Lawrence was born in Eastwood, ten miles from Nottingham. His father was a hard-drinking coal miner, his mother believed she had married beneath her station. Lawrence was the first local boy to win a scholarship to Nottingham High School and went on to study at the
city’s University College.

“In 1901 Lawrence started work in a local factory, but suffered a severe bout of pneumonia and returned to Eastwood where his mother could nurse him. While convalescing, he met Jessie Chambers, a Nottinghamshire farmer’s daughter who introduced him to literature and encouraged him to write. They became lovers, but Lawrence spurned her, transforming her into the character of Miriam Leivers in his novel Sons and Lovers. 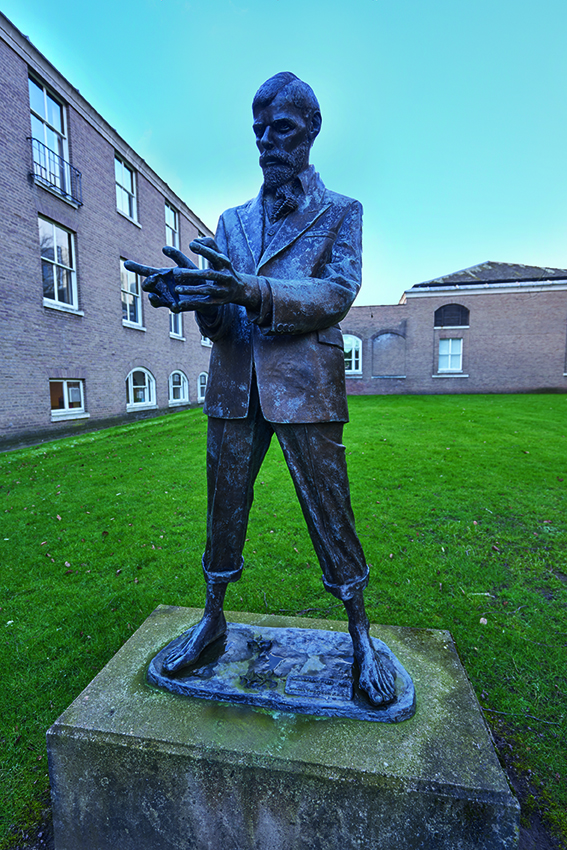 D.H. Lawrence statue at the University of Nottingham

“Lawrence took inspiration from people and places around him and poured this into his novels: the Eastwood chemist’s wife, the Chambers’ Farm and Teversal Manor that became Wragby Hall, residence of eponymous heroine Lady Chatterley and her paralysed husband Clifford.

“In 1912 he visited his friend, the university professor Ernest Weekley and was introduced to his former lecturer’s aristocratic German wife Frieda. In a scandalous elopement, Lawrence and Frieda ran off together. During WW1 the couple lived in Cornwall. They were seen walking the cliff tops singing songs in German and banned from the county.

“Eventually he and Frieda left Britain to begin what Lawrence called a ‘savage pilgrimage’. They began in Italy, then headed to New Mexico before making their way to France, where the writer died aged 44.

“Lawrence remained a controversial figure, regarded as a writer of dirty books and a painter of pornographic images. When his oils were exhibited in London, half of them were confiscated for offending moral sensibilities.

“His books were frequently banned in Britain. But in 1960, following legal changes, Penguin printed an unexpurgated version of Lady Chatterley’s Lover. The publisher was taken to court, with the prosecuting council defending old-world moral censorship, declaring that the book was “not something you would even wish your wife or servants to read”.

“Nottingham eventually embraced Lawrence, acknowledging his contribution to the city and wider world of literature. A statue was unveiled in the university grounds and a museum opened at his birthplace in Eastwood.

“Like Lawrence, Alan Sillitoe was a Nottingham boy from a poor background. His family spent the 1930s avoiding rent collectors and he left school at 14 to work in local factories, including the Raleigh
bike works.

“To escape factory life, Sillitoe lied about his age to join the RAF, but was diagnosed with TB and pensioned off from the forces. While recuperating he discovered books and started writing. His books portrayed the Nottingham he knew. Saturday Night and Sunday Morning was published in 1958 and featured the ultimate rebel, Arthur Seaton: a lathe operator in the Raleigh factory whose mission was to earn enough money to buy booze and cigarettes and chase women.

“In 1960 it was made into a film with Albert Finney in the role of the working class anti-hero. It’s almost a documentary of Nottingham at the time: you can still walk up to the castle mound and see the panorama featured in the movie, though many of the famous local factories, such as Raleigh and John Player cigarettes – as well as the surrounding collieries – are gone.

“The buildings may have disappeared, but Nottingham’s rebellious spirit is still very much in evidence.”

For a tour of Nottingham with Felicity Whittle visit www.goldstarguides.com. The Nottingham Booklovers Walk runs on the first Sunday of each month, from April to September.