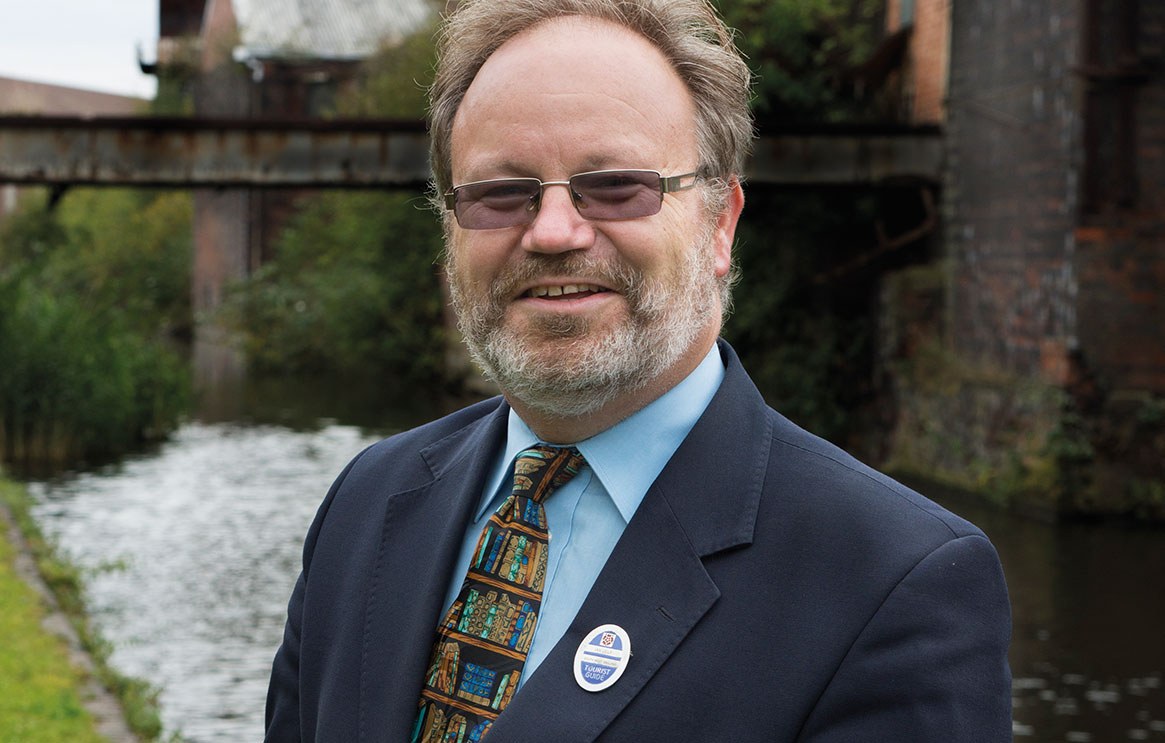 “I have lived my whole life on page 74 of the Birmingham A-Z,” quips Ian Jelf. “I grew up on a Victorian terrace in Bearwood, and went to the local Warley High. It was a tough, working-class school, where one fellow pupil, Frank Skinner – now a well-known comedian – ran a dinnermoney protection racket.”

Like generations of Brummies, Ian’s parents made their living in the city’s factories. “My dad worked for a tube manufacturer, my mum at pen-nib makers. Their only ambition for me was that I didn’t go to work in a factory.”

So Ian went to Wednesbury College in the Black Country. “It was only ten miles down the road, but culturally a world apart. I often couldn’t understand the local accent. They add extra syllables where there aren’t any: nine is pronounced ‘noi-on’ and you is ‘youw’. Black Country dialect has remnants of the old Anglo-Saxon, so ‘two houses’ are ‘two housen’ and ‘you are’ becomes ‘youw bist’.” 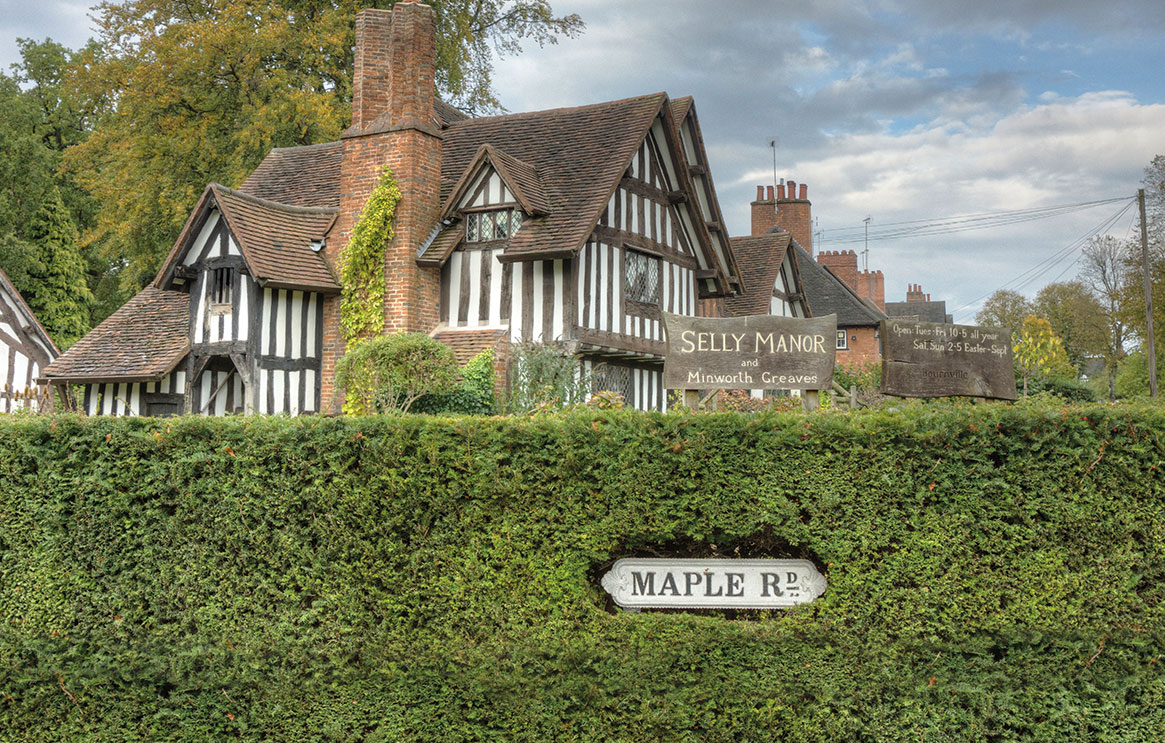 When Ian left college he took a job at Birmingham Railway Museum, this inspired him to study for the Heart of England Blue Badge. When the museum’s budget – and  Ian’s job – were cut in 1995, he became a full-time guide. Though Ian didn’t end up working in a factory, he spends a lot of time talking about them. “Birmingham was born from manufacturing,” he explains. “In medieval times it was an insignificant market town of a thousand people, by the 19th century it was the fastest-growing city in Europe.

“But manufacturing didn’t begin here with the Industrial Revolution,” he emphasises. “The city is on the main route from Stafford, Warwick and Stratford down to London. The medieval lords exploited this by importing coal and ore from the Black Country, producing iron goods and sending them to London. The pattern was established; mined in the Black Country, manufactured in Birmingham, sold across the world – and talked about in Solihull.

“During the 1600s, local metal workers forged Civil War sword blades that cut bloody swathes through Charles I’s army. That is why the Royalists attacked the town and why, since then, we have been a refuge for non-conformists. That tolerance has had a huge impact; many of the city fathers, such as the Quaker Cadburys, come from this tradition. 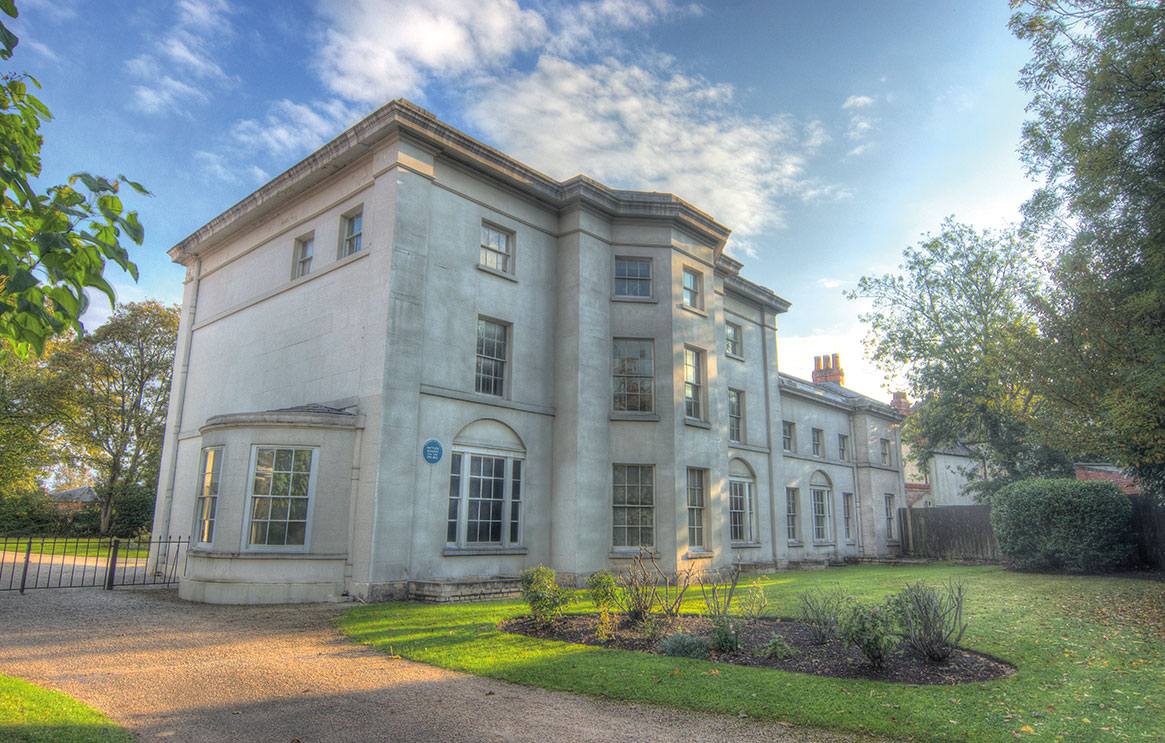 “Two men defined the city’s manufacturing history, Matthew Boulton and James Watt – an industrial love affair immortalised on our £50 note. Boulton was the son of a Birmingham buckle and trinket-maker who took over the family business. Watt was a Presbyterian Scot, who came to city to collect money owed to him from a company bought by Boulton.

“Boulton had the innovative idea to locate all his workers in one building. So he bought some cheap land and built the Soho Manufactory. It was, arguably, the first modern factory in the world. When Boulton met Watt in 1774, their mutual passion for industrial invention launched the factory revolution. Boulton manufactured Watt’s improved design for the steam engine – the machine that powered the mines and mills of Britain.

“Birmingham’s tribute to Boulton was to restore his house as a museum in the 1990s. The building celebrates an extraordinary polymath who installed the world’s first gas lights in 1802 (so the factory could run at night) and developed an early ‘photocopier’. Boulton was a keen member of the Lunar Society – a group of entrepreneurs and thinkers, including Josiah Wedgwood and Erasmus Darwin, who met during the full moon to plot the creation of the modern world. 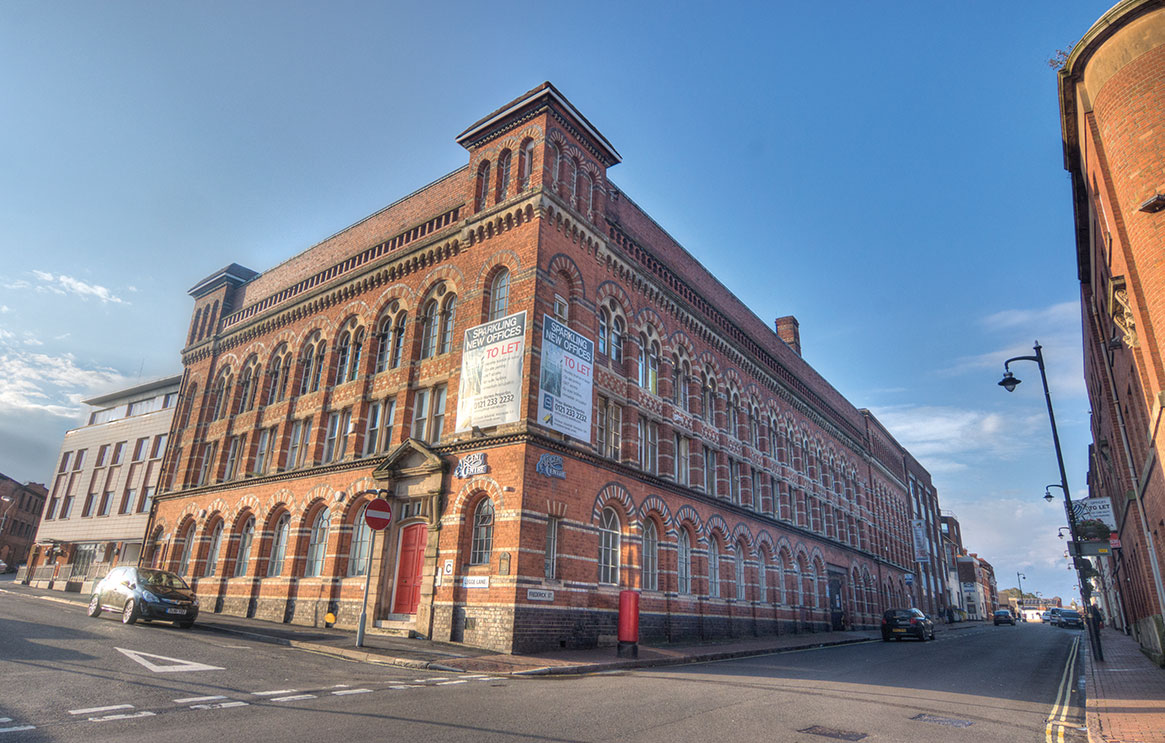 “If Boulton founded Birmingham, Joseph Chamberlain made it work. He came to the smoke-filled city from a genteel life in London, and never truly left. His shareholding at his uncle’s screw-making business made him rich. He sold up and became the city mayor, with big plans for urban improvement.

“He was inspired by Bournville. Built in the 1890s by the Cadbury chocolate dynasty, this green utopia was Britain’s first garden village. Chamberlain used it as his blueprint for the construction of a series of airy, village-style estates to accommodate the growing number of factory workers. They would even vet potential residents to make sure they were of ‘good character’. His legacy continued and Birmingham was the largest housing provider in Europe until well after WW11. 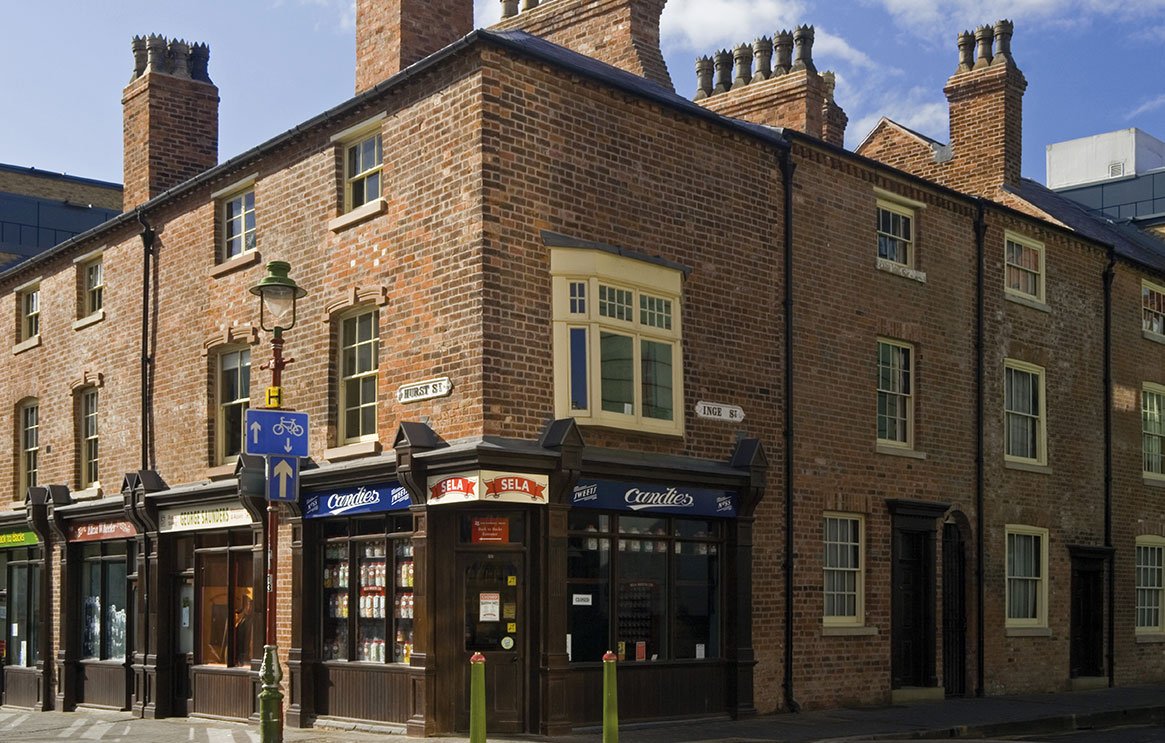 “As Mayor, Chamberlain believed that the city should run utilities for the common good. He used council money to buy the local gas and water companies and to make sure Birmingham had clean water and affordable lighting. No modern mayor could imagine that kind of power. He used profits to rebuild large parts of the city centre and fund the city’s museum and art gallery.

“This political and industrial legacy is Birmingham’s tourism story. Sarehole Mill is a rare survivor, an 18th century mill that once belonged to Matthew Boulton, now restored to working order. And in the city centre, a courtyard of backto- back Victorian workers’ houses that was once a slum is now a National Trust restored visitor attraction.

“The city’s craft traditions are best seen in the jewellery quarter. Forty years ago, the only visitors to these streets and alleys were shopkeepers looking for stock, but now they have opened up to the public. You can see the jewellers at work and order hand-made designs. There’s also an awardwinning jewellery museum. 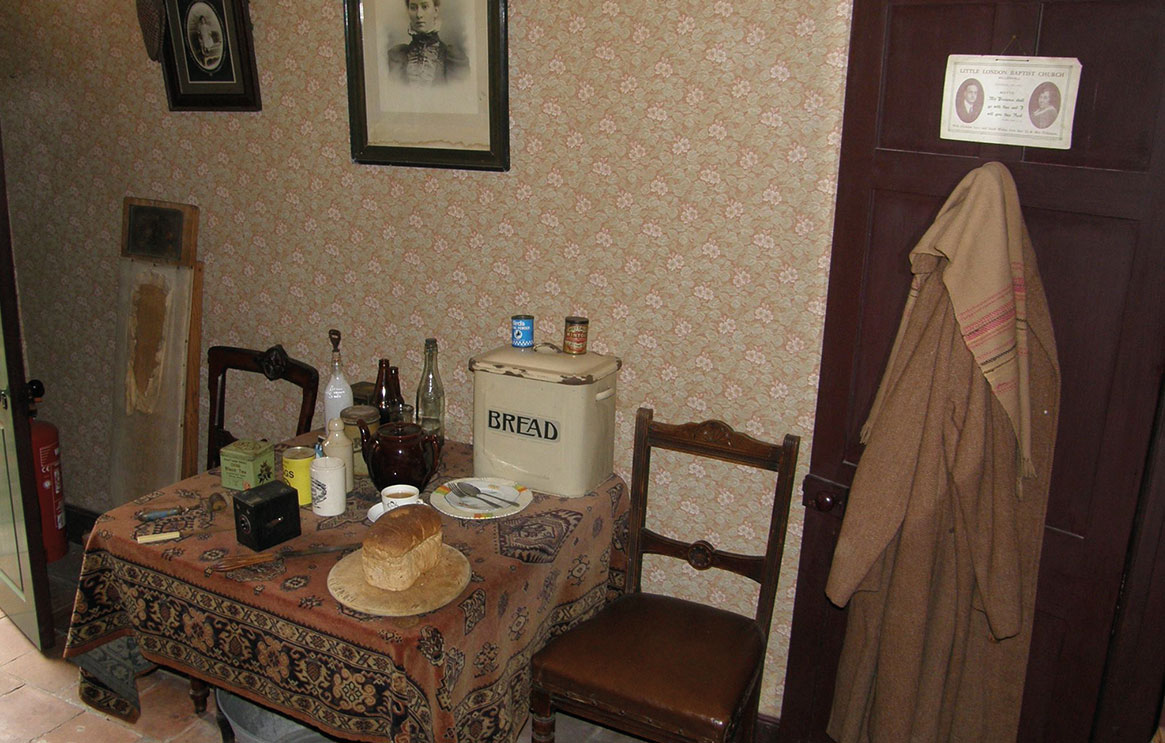 “The quarter retains its industrial charm. You walk up rickety staircases and knock on the door to find a maker. I have done this on numerous occasions, most importantly when we chose my wife’s engagement and wedding rings. “The jewellery quarter is a modern day snapshot of what made this city. Small, independent craftsmen, manufacturers and entrepreneurs. I am always reminding visitors that there are more people in the city working in manufacturing than in services. ‘Made in Birmingham’ is still something to be proud of, but I would say that, I was made here too.”