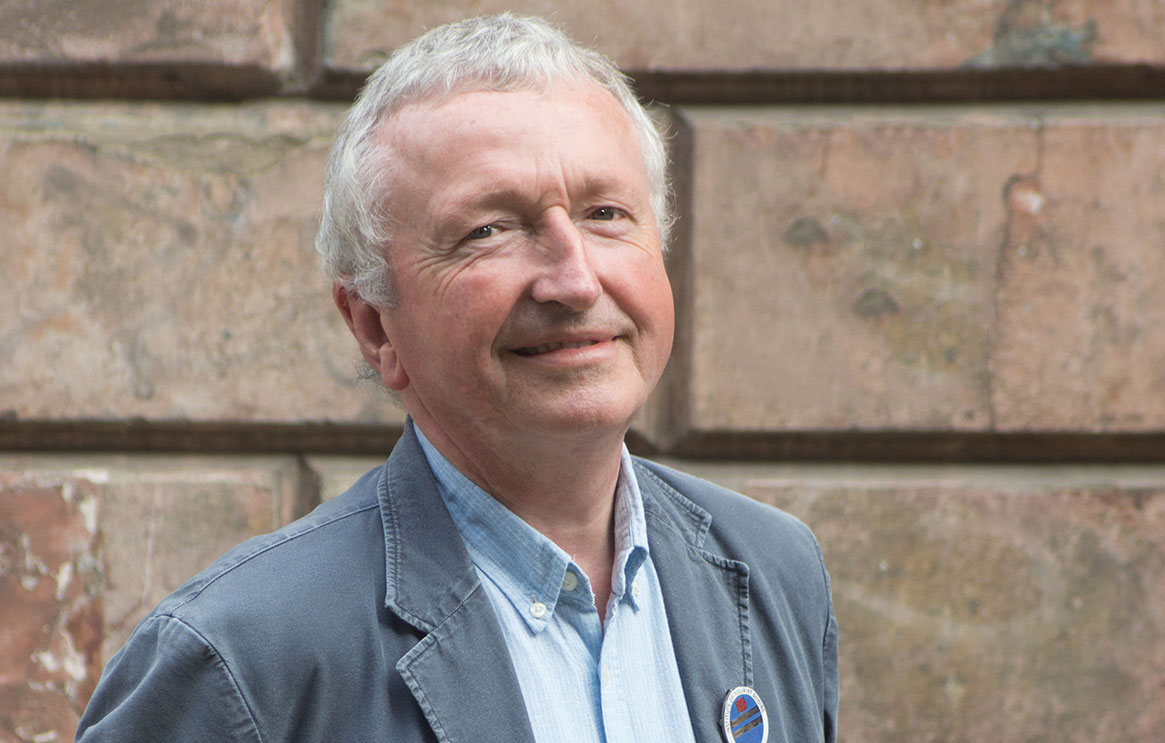 “In 1965 I was a 17-year-old doing my English A-Level”, says Andrew Butterworth. “I had to study Jane Austen’s Emma. I just didn’t get it – this society of genteel ladies living in posh houses, fretting about frocks and tea parties. It wasn’t a world I could relate to.”

Four decades later, after a career as a history teacher, Andrew is a Blue Badge Guide in Bath, a city that Austen lived in and wrote about. And he has come to admire the writer he once dismissed: “Ten years ago I read Persuasion and realised that Austen’s insight into human character – though lost on my teenage self – was universal. Her writing revealed the character of Georgian Bath in a way no history book ever could – she has become a touchstone for all my city tours.

Jane came to Bath in 1801. She was 25, living in the house of her clergyman father who retired to the spa city with his wife and two unmarried daughters. The town was fading into obscurity; the fashion for wealthy Londoners to spend a season here had ended, and it was a retirement location for army officers and the shabby genteel. Austen called it a place where you can ‘be important at comparatively little expense.’

The Austens were members of Bath’s middling sort. The Reverend George, Jane’s father, had an income of £600 a year – around £40,000 in today’s money. They rented a five-storey terrace house in Sydney Place, and even though they didn’t live in the best part of town (exclusive addresses were the hillside Crescent and Circus) they had a cook, a housemaid and a manservant.

When Jane’s father died in 1805 the family moved. Firstly to Gay Street, then Trim Street. This humiliating slip down the social ladder is reflected in Persuasion, when the protagonist Anne Elliot shocks her parents by announcing that she is going to visit her friend Mrs Smith, who is lodging in Westgate Buildings.

Westgate Buildings are just around the corner from Trim Street. Today they are shops, but in Austen’s time it was the wrong end of town – near Avon Street and Milk Street, the prostitute filled slums of Bath.

Some commentators believe her reduced circumstances led to the writer disliking the city. In 1808 Austen wrote to her sister: ‘It is two years tomorrow since we left Bath for Clifton – with what happy feelings of escape.’ But I think what made her unhappy was being moved from the Hampshire rectory where her father worked to a place where she was obliged to take tea with dull city society. 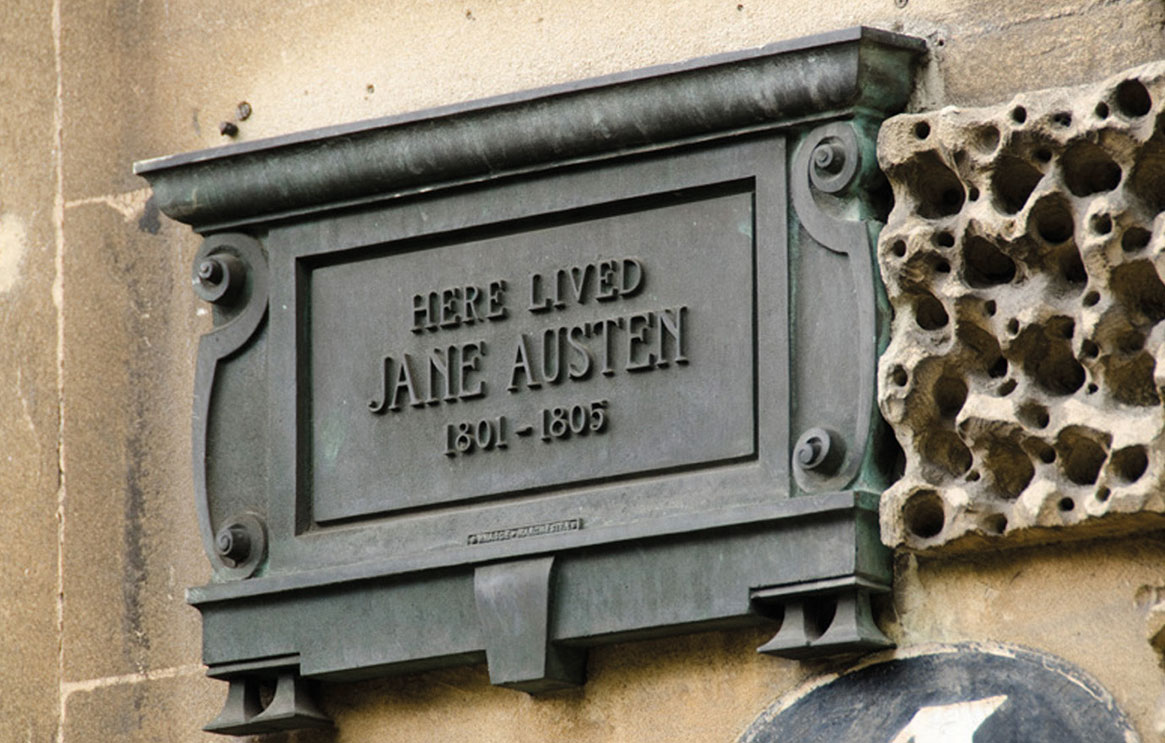 It didn’t help that she was expected to spend time with her wealthy elderly aunt Leigh Perrot. Mrs Leigh Perrot was the subject of scandal following a visit to a Bath Street haberdashers where she bought some black lace. The shop assistant followed her out of the premises and accused her of theft. The packet was opened, revealing 20 shillings worth of unpaid-for white lace. At that time you could be transported or even hung or stealing goods worth more than a shilling. Leigh Perrot was imprisoned for several months and although she was eventually acquitted – it appears the shop wanted to frame her – the stain on the family reputation was implicit. This dark side of the city was reflected in Austen’s Sense and Sensibility when the cad Willoughby seduces Eliza Williams in Bath.

But Bath did offer Austen some enjoyment. She loved its green hills and was an enthusiastic walker, going on regular treks to Charlcombe, Beechen Cliff, and the two-mile hike to Weston. As a Georgian woman, she would have forged the muddy tracks wearing ladies shoes, and long skirts.

Another of her passions was the Assembly Rooms’ dances. The rooms opened in 1771, to cater for the wealthy people living on the hill above Bath. Today they are very much as they were during the Austen’s visits. The twice-weekly dances were where Bath society met – a chance for Jane to enjoy herself and observe Bath society. 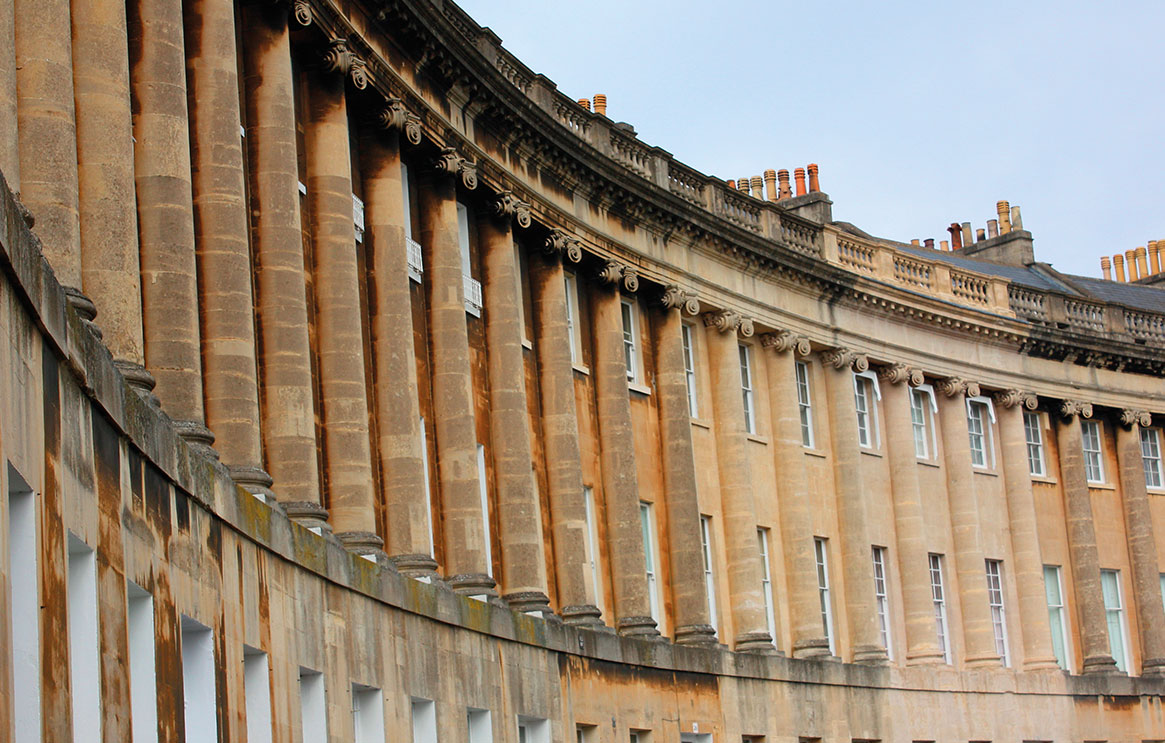 She also loved the theatre. Austen was in Bath when the current Theatre Royal opened in 1805. We can be reasonably sure she saw a performance of a play called Lovers Vows, as the plot is echoed in Mansfield Park. The theatre also features in Persuasion. For some reason, she had an aversion to musical concerts and avoided the live orchestras in Sydney Gardens.

Austen left Bath in the summer of 1806 and, as far as we know, never returned. But Bath never left Austen. During her five years in the city she barely wrote anything; was she unhappy here, or was she simply too busy? We will probably never know. But when she moved to her brother’s estate at Chawton in 1809 she looked back on her time in Bath for stories and locations. Her last novel, Persuasion, climaxes on Gravel Walk, a pathway behind The Circus, when Captain Wentworth finally wins the hand of Anne Elliot. 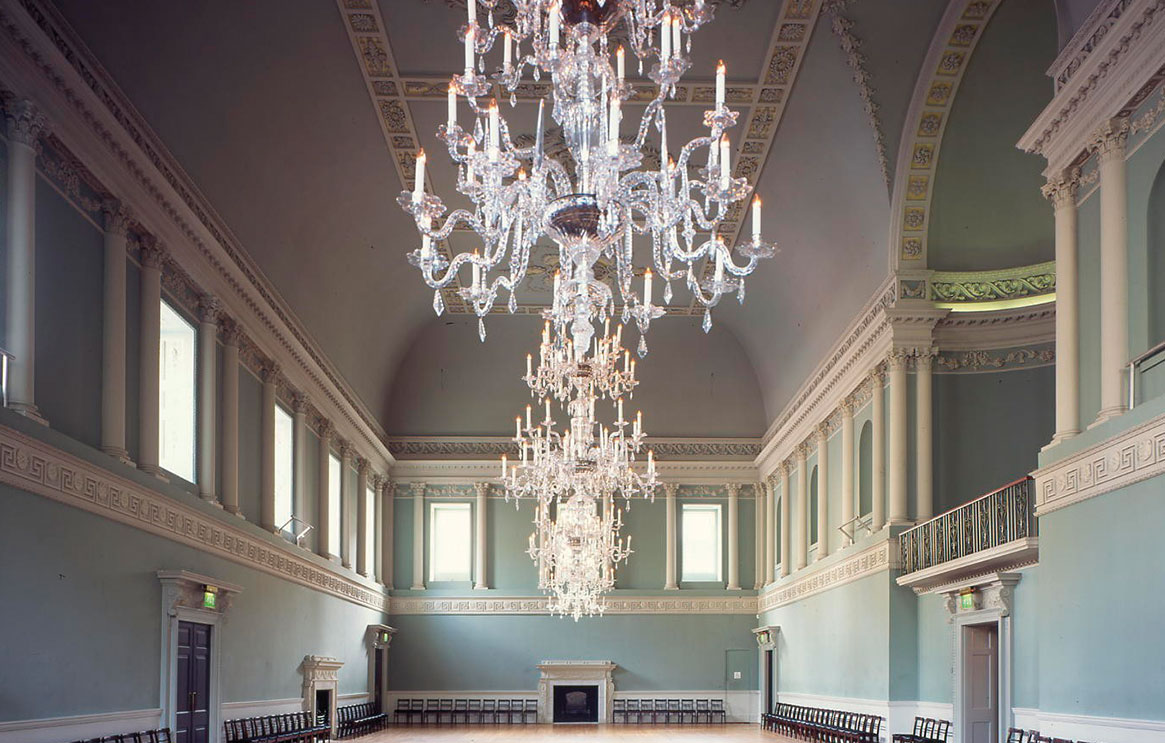 I feel her presence in Bath. I often talk about the city through Austen’s writing and personal experience – a great way to illustrate the world of the early 1800s. My adolescent perception of her as a mousy, meek introvert has been replaced by admiration for a woman who revealed the inner life of England’s greatest Georgian city.”