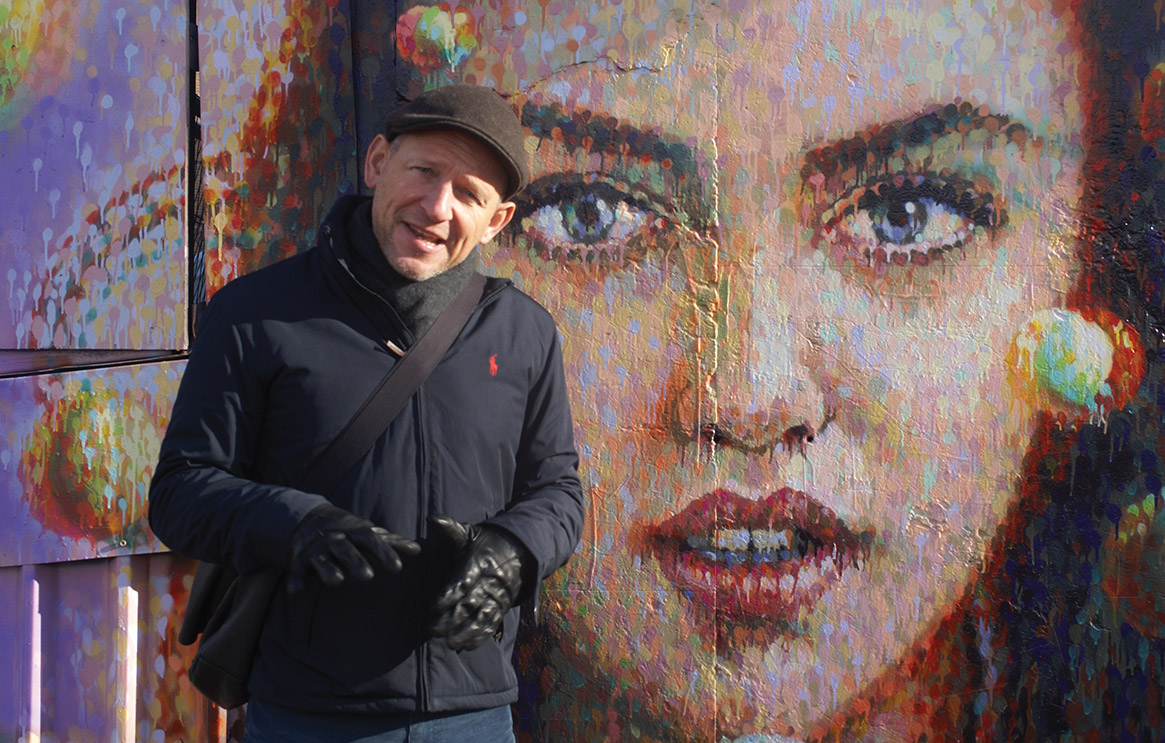 “I never dreamed I would be leading tours through the area where my great-grandparents lived and worked,” says Pepe Martinez. “They were Jewish refugees who came to the East End of London and started a corset business.

“Underwear was something I didn’t want to get into,” he jokes. “So I avoided the family business. I was passionate about theatre and street art. So when I qualified as a Blue Badge Guide, I decided to turn my lifelong passion into a tour.

“On a freezing January morning in 2012 I was standing outside Liverpool Street ready for my first tour and afraid that nobody would turn up. But sixty people joined me for an art walk around Shoreditch and Spitalfields. I was thrilled, fifteen years ago you would have had to pay people to visit the area.” 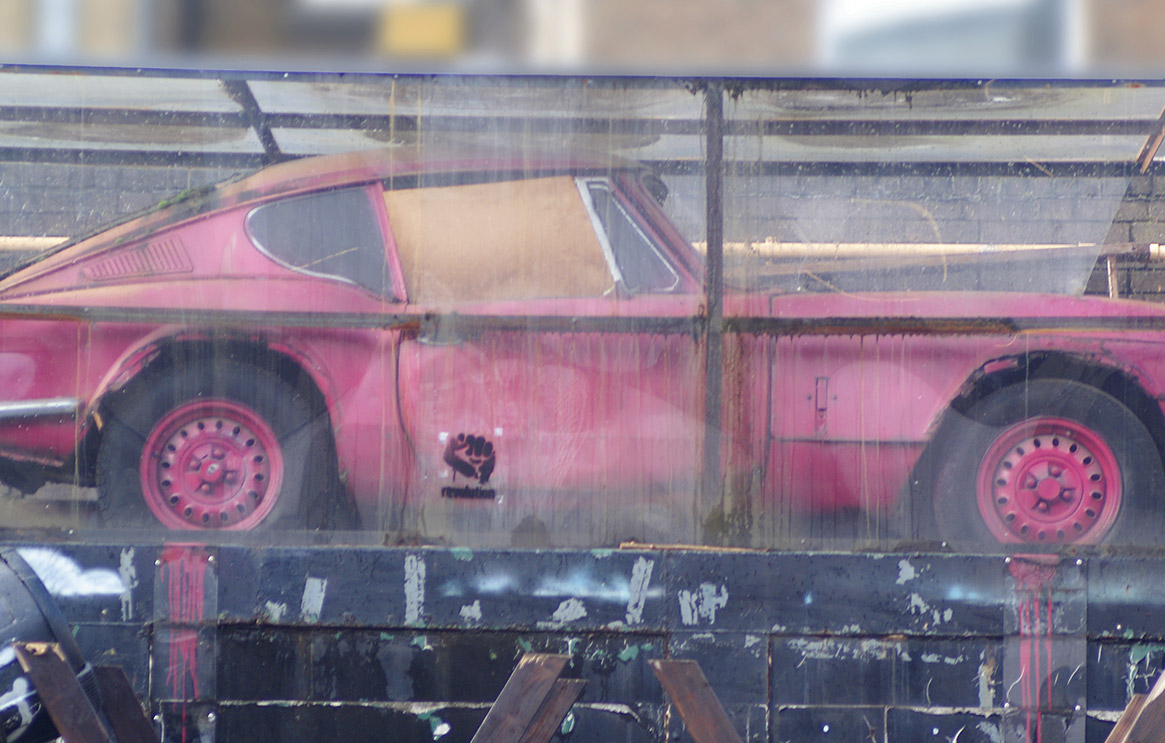 The Matinez tour takes in the diverse range of street paintings in London’s coolest quarter, including an iconic work by Ben Eine: Sell the House, the Kids, the Wife, it’s Bonus Time. “This is a wall mural made from large letters that takes a swipe at the money culture in the City of London – ironically, where the tours starts.”

The Old Truman Brewery is Brick Lane’s hub for creative workers and a canvas for street artists. “It’s like an outdoor gallery. There’s a Bansky called ‘The Triumph of Death’, a sculpture, made from an old Triumph Spitfire car that is spray painted pink. We’ve also got a piece by Space Invader. He makes mosaics with small tiles, mimicking a 1980’s arcade. computer game. 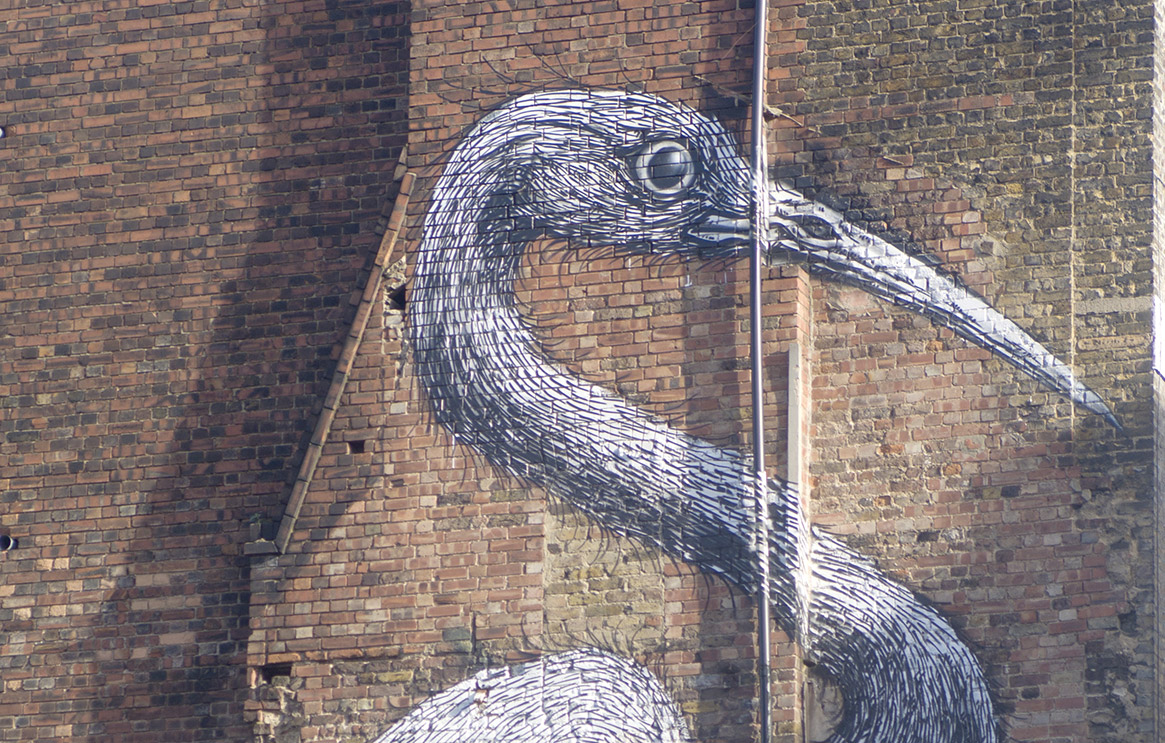 There are hundreds of these hidden all over London, commenting on CCTV – his message is; ‘people may not see them, but they can see us’.

“The brewery also has work by Shepard Fairey, an American best known for a series of posters supporting Barack Obama’s 2008 candidacy with the iconic HOPE portrait. Many people say it got Barack Obama the youth vote.

“The Hanbury Street Crane is a local landmark. Painted by Roa over five stories of a building, the original image was a heron – Roa works around the world, making murals of indigenous animals – but while he was working a local Bengali man commented ‘you’re painting a crane, a bird sacred to our culture’. So the locals now refer to it as a crane.” 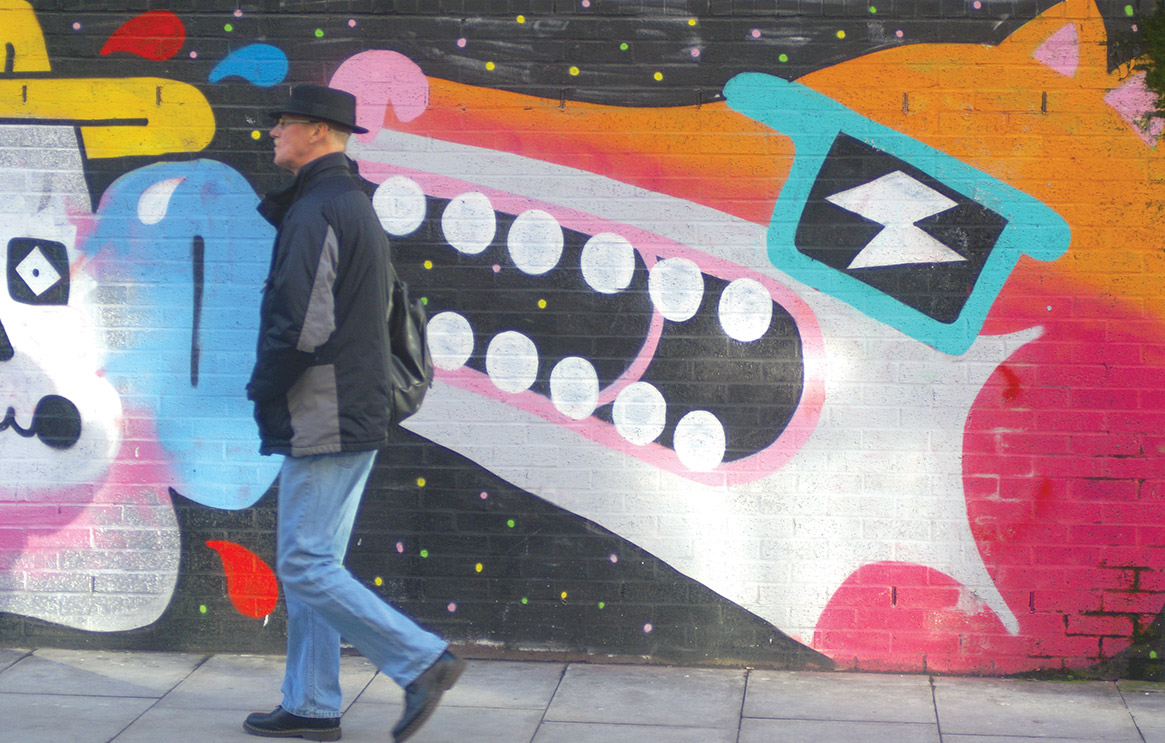 So is street art part of local culture? “It was Banksy who single-handedly changed people’s perception. He is witty, controversial, mysterious and – like great artists – captures the mood of the time. In 2005 he went into the British Museum and put his own work on the wall – an image of a stone-age man with a spear, pushing a shopping trolley. It remained there for several days until the museum realised what had happened. They took it down and put it in their permanent collection.

“That reflects the move from the street to the art gallery. Two decades ago all street art was illegal – today it is usually done with permission. A few years ago a pub in Liverpool was sold with a mural on one wall. They advertised it as a Banksy, with a pub attached – doubling its value. In 2008 Sotheby’s sold a Banksy for $1.87 million.

“Some artists now see the street as a way of publicising exhibitions. They ‘bomb‘ the area with images in the run-up to a gallery show. Mobster, a stencilist from Newcastle, mocks this with a street mural in Spitalfields declaring: ‘This Will be Available on Canvas Later’.” 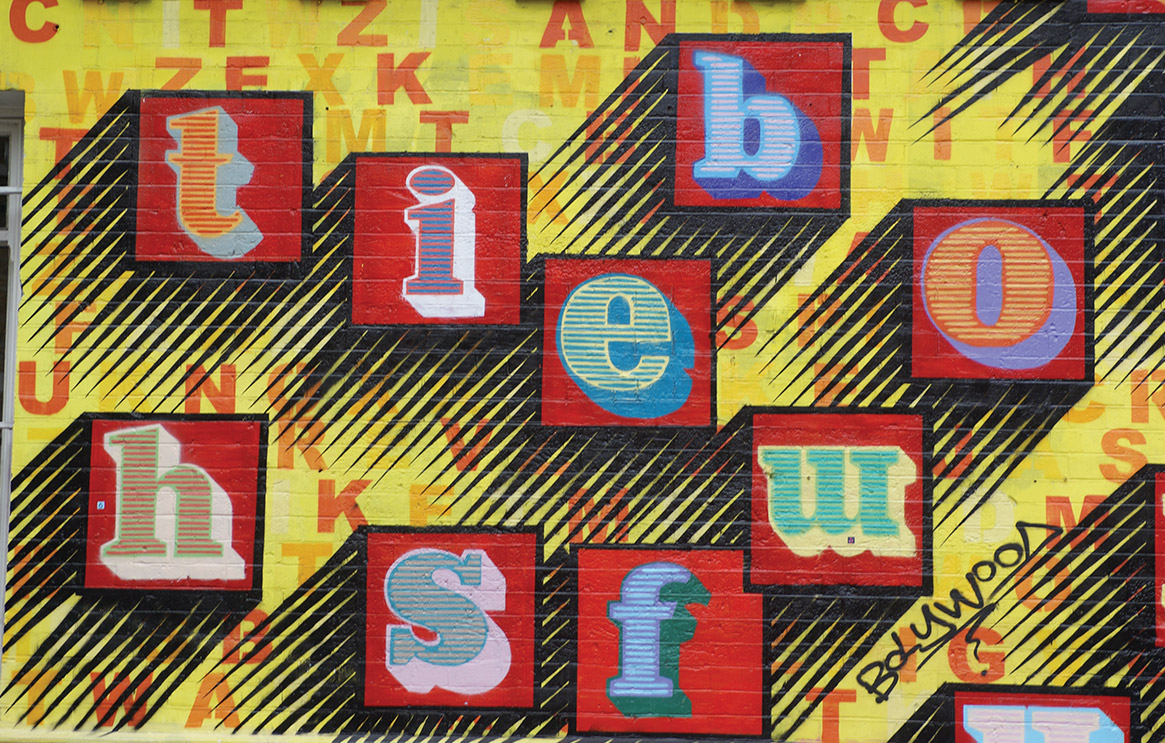 But galleries may be the only way  street artists can leave a legacy. “Every year a third of works disappear.

Sometimes the maker replaces it, and new artists are appearing all the time. But the genre is ephemeral; I have learned to recognise the technique and style of the artist so that when a new image suddenly appears, I can talk about it.

“At the end of my tour we visit the Pure Evil gallery. This artist and owner has put on more than fifty shows featuring up and coming street painters. He chats with my groups when they come in. 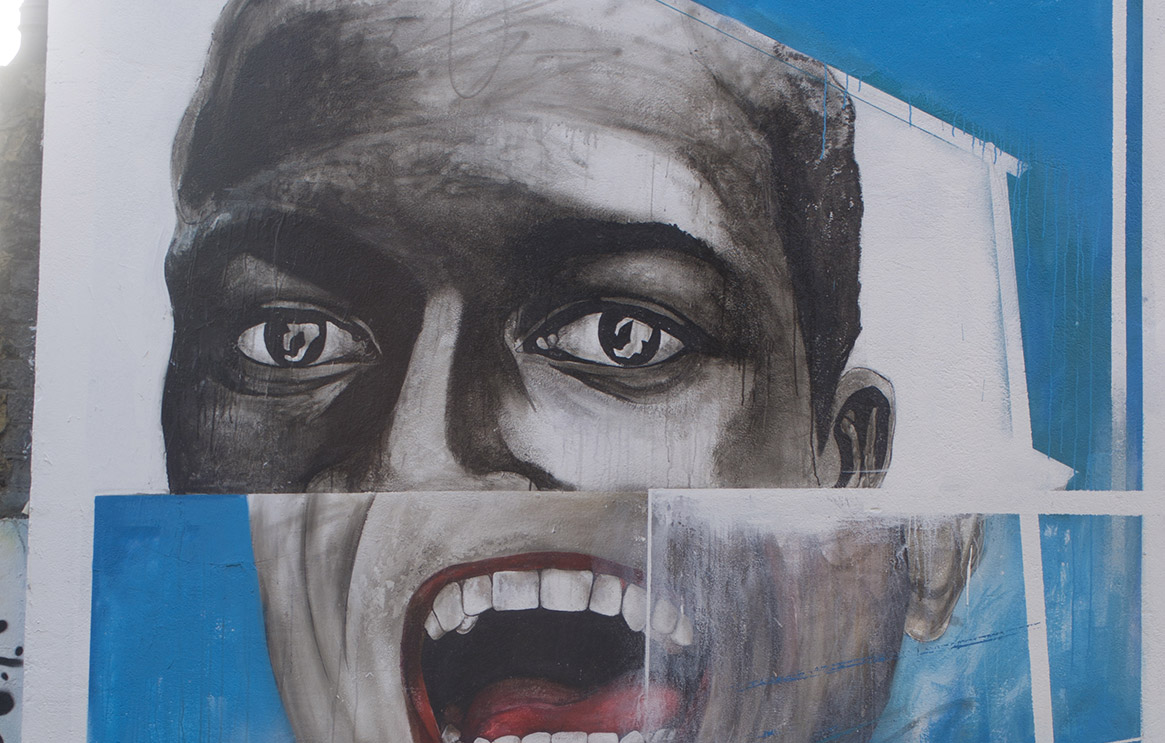 “We share a passion for street art. For me these artworks are like old friends. They are out there 24 hours a day, rain, sleet, sun or snow. In time they fade and disappear, but not before they have made people stop and think.”