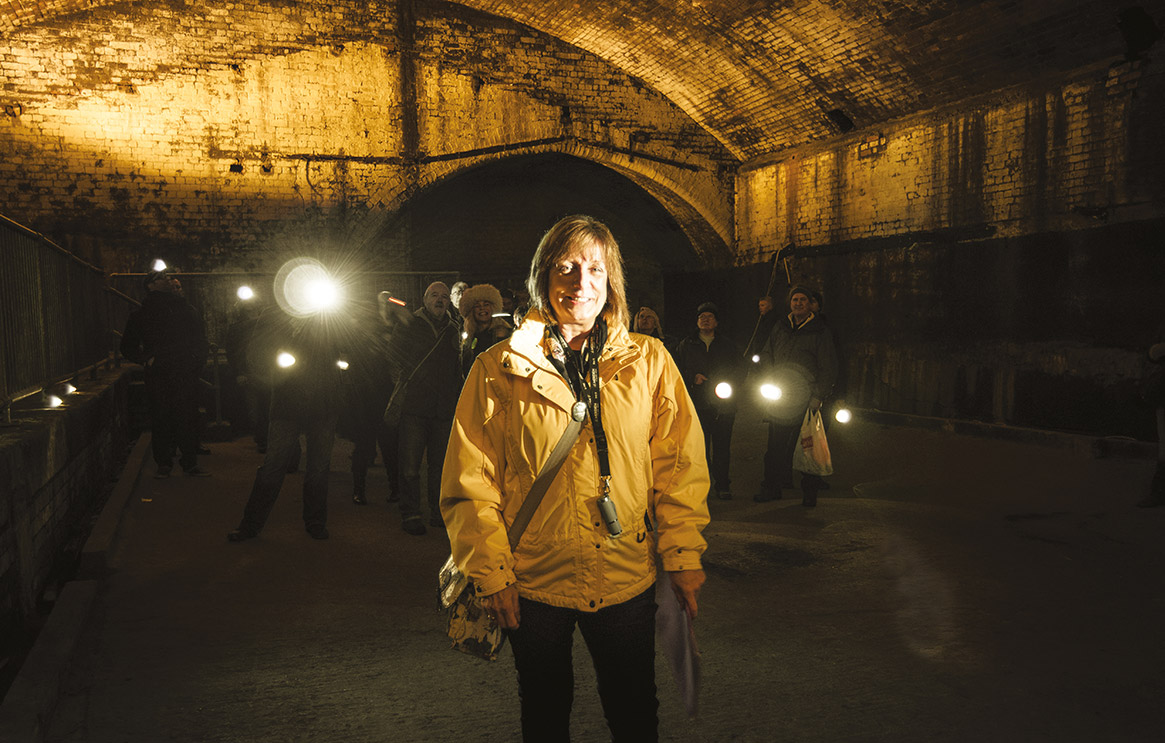 In 1954 a mine shaft mysteriously appeared in the centre of Manchester. The locals wondered what was going on. Why wouldn’t the workmen speak to anyone? Had they found gold under the city streets? Were they building an underground metropolis? Then, suddenly, the miners disappeared without a trace.

This is one of the subterranean secrets that is revealed in ‘Underground Manchester’, a tour exploring the underbelly of this industrial city. “They were building a nuclear bunker,” explains Blue Badge Guide Sue Grimditch, “112 feet below the city, paid for by the USA at a cost of £4m, it was a command and control centre with a six-week supply of food for those chosen to run Manchester if the bomb was dropped. All that remains is a mean looking 1950’s brick building surrounded by razorwire – but the bunker is still down there.” 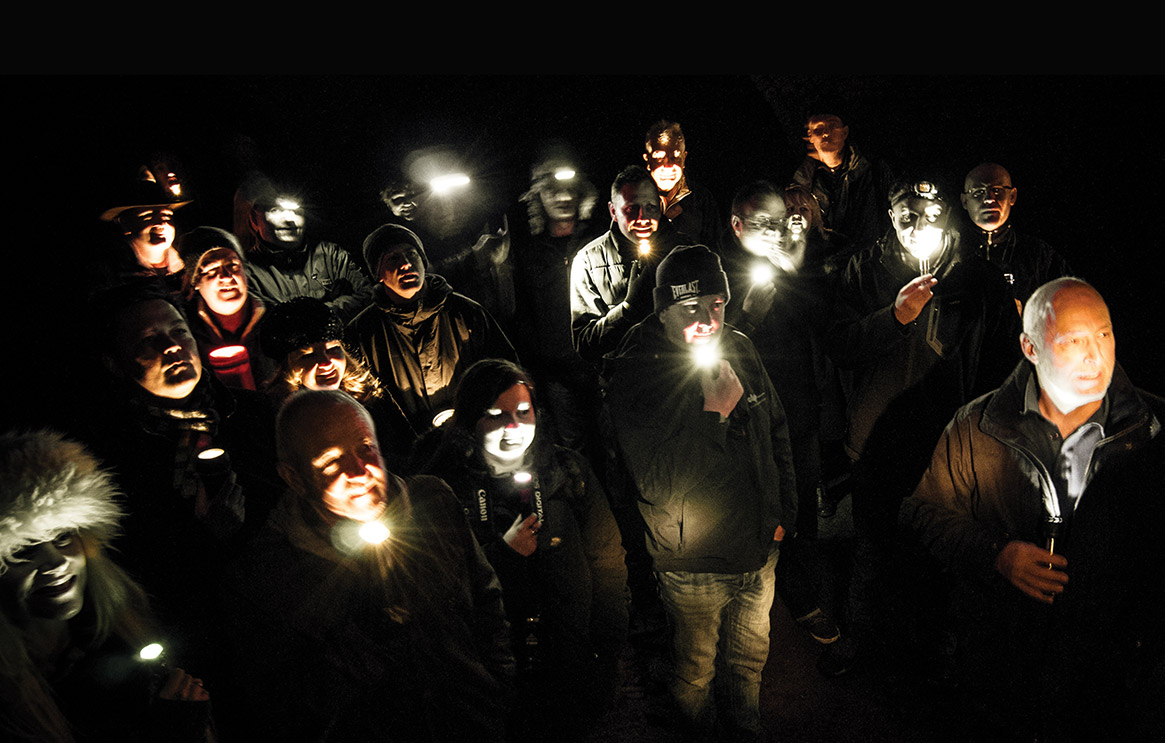 Grimditch is a native Mancunian with a passion for the secret corners of her city: “The underground visit is an eye-opener for locals who have no idea what lurks beneath their feet. We start the tour with a five minute walk though the familiar city streets. Then we descend into the cavernous Great Northern Goods Warehouse – where cotton, wool, coal, ironware, and industrial machinery arrived before being sent by horse and cart, rail and canal across the country and the world.

“You can sense the sweat of the 300 men who toiled here during the industrial revolution. If you brought in a parcel of goods by 4pm, it would be delivered by the next morning. If only that were true of our modern postal system.

“Beneath the warehouse is an extraordinary canal tunnel, created in the 1830s to transport goods, it was constructed underground to avoid the chaos of the city streets. When steam trains arrived, the canal was abandoned. There were plans to revitalise it with gondolas and turn Manchester into the Venice of the North West – but in the end they simply drained it. 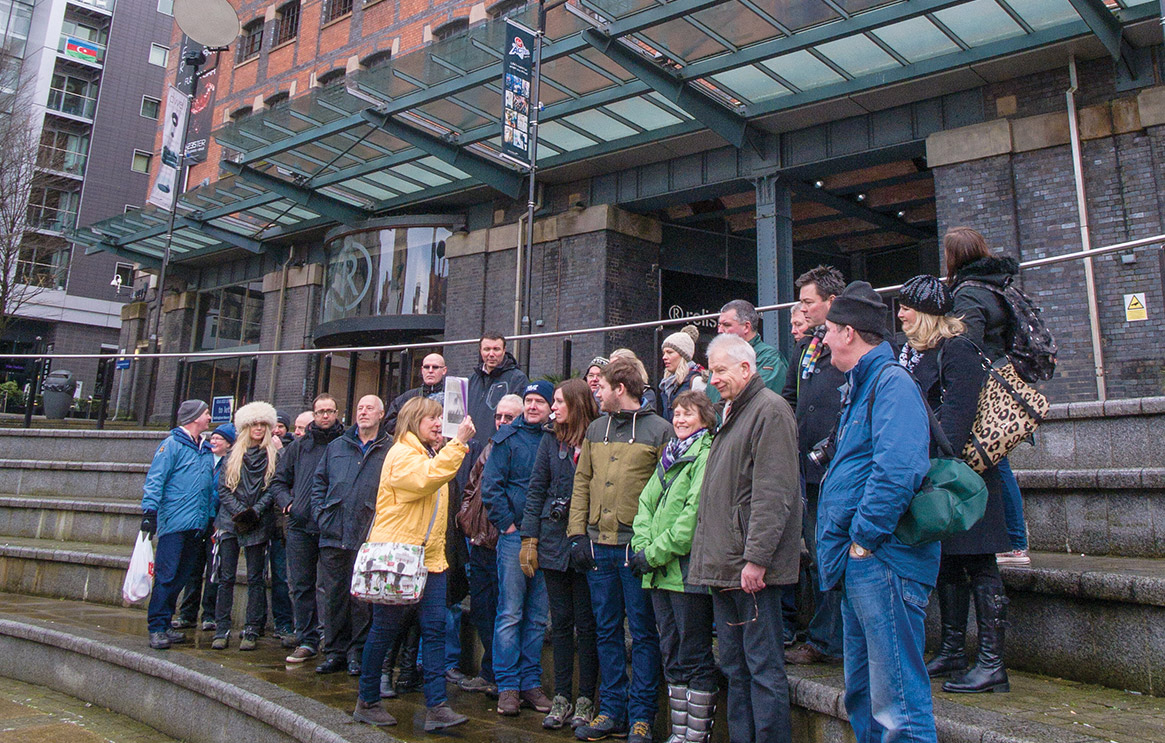 “During the Second World War it became a key part of the defence effort, a million gallons of water were removed to create a deep-level air raid shelter. People fled there during the 1940 Manchester christmas Blitz, huddled together for days.They would get up, go to work, go home and then come back down the shelter.

“But it wasn’t all Vera Lynne songs and camaraderie. There are newspaper reports of drunkenness, fighting and swearing in the canal shelter, in particular on Saturday night – so not much has changed in Manchester.

“We can still see wartime chemical toilets (large tin cans) a sick bay where the WI provided tea and snacks, and notices explaining the rules of the shelter: no gambling, obscene language, and my favourite, ‘unseemly conduct’. Though we refrain from offering a detailed explanation of that during the tour.

“We continue along the tunnel until we are underneath the most famous road in Manchester, Coronation Street. Above us is Granada Studios and the outdoor set of the UK’s celebrated soap opera. I would like to put in a personal plea here, ITV is moving the production to MediaCityUK in nearby Salford. We really want the old set to be left behind, so in the future we can run outdoor tours of the TV street, as well as our underground visits. It would bring thousands of ‘Corrie’ fans to Manchester and boost tourism in the city.

“Back at street level the tour passes the Midland Hotel. This building was earmarked by Hitler to be the Nazi headquarters in the North West once they had invaded. There’s a poignancy in seeing the air raid shelter, and then the hotel.”

Manchester’s underworld has proved popular. “We take over 400 people a month into the tunnels. It’s a dark, fascinating world down there. It is pitch black, so every client brings their own torch. Some people say they have felt a paranormal presence – though I have never seen anything.

“I love showing people this secret space. We are lucky to be able to go into the tunnels. There were plans to put an underground train down there in 1840. Thankfully for our tours they didn’t, but I remind tourists that if they had, it would have been the first underground train in the world. And, more importantly, have beaten London by 23 years. Manchester would never have let the capital forget that.”