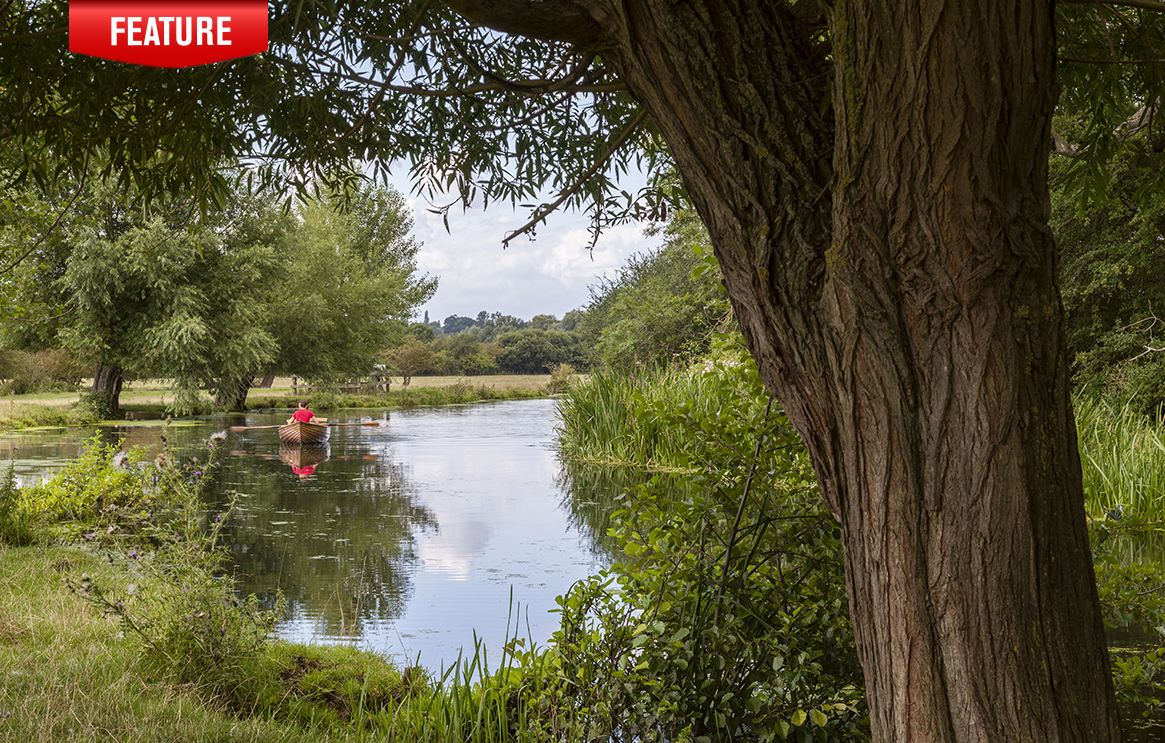 Why spend time looking for the most spectacular scenery to visit – be it billowing Downs or industrial landscape – when our great painters have already found it for you?

Not only are their subjects pretty well guaranteed to be visually interesting, there’s the thrill of recognition when a tree they painted is still standing or a river still tinkling along. Add to that the intriguing puzzle of woods now grown up or open land built on, and it gives a sense of place – showing, quite literally, how our country has developed.

Then there are the houses. Throughout history, artists have had an eye for picturesque (read ‘affordable’) property, often deftly combining studio space with domestic life. Whether one imagines Turner strolling along the seafront at Margate, or the febrile social life of the Sussex painters, or Constable’s modest beginnings in Dedham Vale – artists’ landscapes make a wonderful starting point for a beguiling tour. 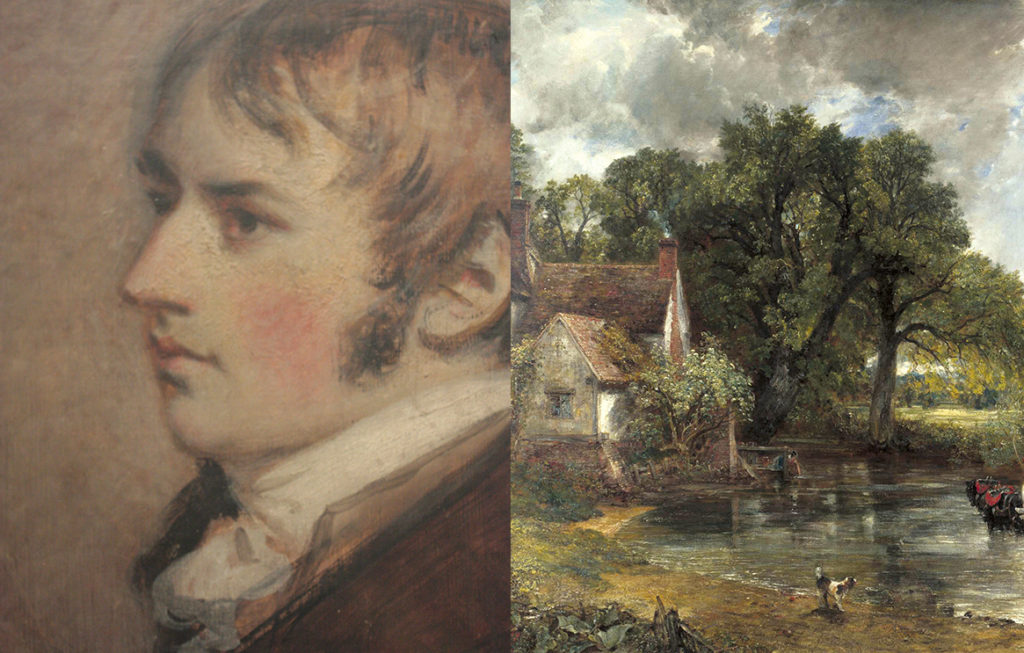 John Constable and his painting, The Hay Wain

The Stour estuary is one of the most atmospheric places in East England, with huge, empty marshes and golden reed beds threaded with water and rustling with wildfowl. Further upstream, the river forms the border between Essex and Suffolk where a wealthy 18th-century corn merchant called Golding Constable owned mills at Dedham and Flatford and kept a ship at Mistley.

His son, John, would use the area as a subject for his famously large paintings. Any visit should include three key sites: Flatford Mill, made famous by The Hay Wain and a series of paintings; the village of East Bergholt, where he was born (although sadly the house is gone); and Dedham, where he went to the Old Grammar School and painted St Mary’s Church no less than 26 times.  The church has a Constable memorial window and Willy Lott’s grave is in the churchyard. There’s a great trail taking in all these sites on the National Trust Constable Country website (you can walk from Manningtree railway station) or you can book a Blue Badge Guide to give you a private tour. 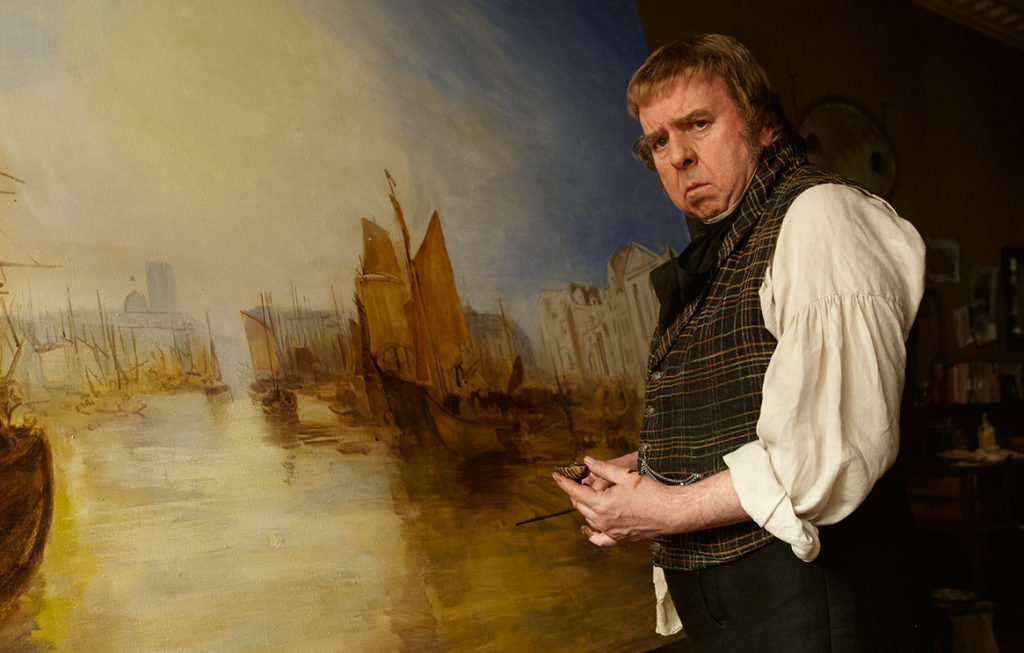 Timothy Spall as the artist in Mr Turner

There are many parts of England painted by JMW Turner. Beware, though, he was an arch-manipulator of views for artistic purposes (take the Fighting Temeraire, which, as London Blue Badge Guides will tell you, faces the wrong way on the Thames).

Margate, on the shoulder of Kent, became important to him when he was sent there as a boy during his mother’s illness. The Turner Contemporary stands on the site of the boarding house owned by his long-term mistress, Sophia Booth.

Stroll through the Old Town to capture a little of the atmosphere of the Georgian seaport that Turner knew. Look for the shell-like sculpture of Mrs Booth on the Harbour Arm where the steamer arrived from London, the wide expanse of the Main Sands and a blue plaque on his former school, Coleman’s. Drive to the Isle of Thanet, whose skies he loved and whose strikingly-ruined Reculver church appeared in sketches and paintings. 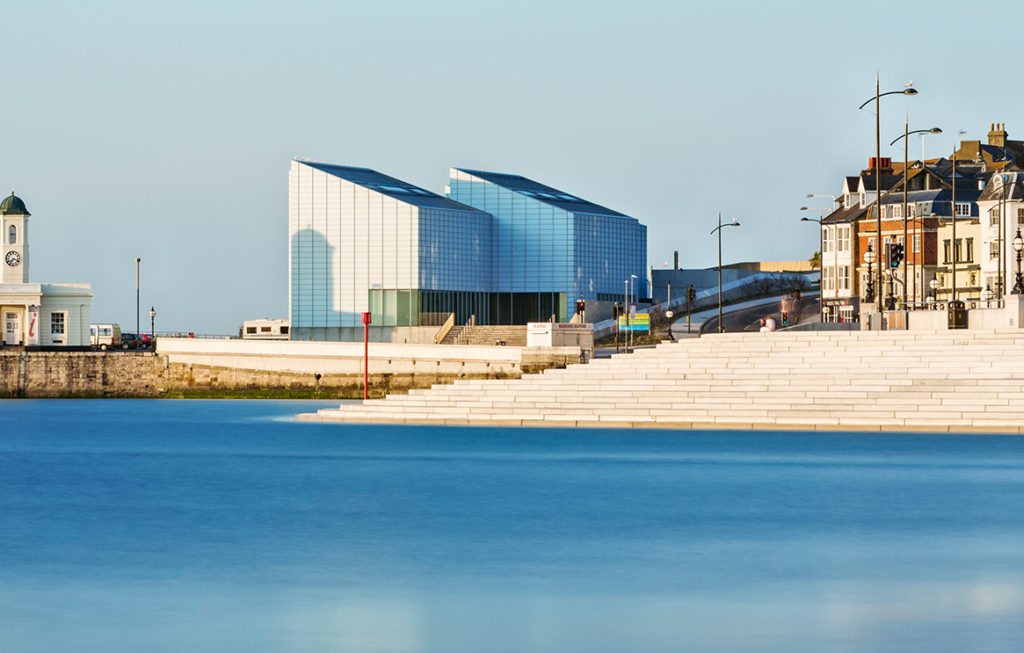 Margate and the Turner Gallery

Margate became important to Turner when he was sent there as a boy during his mother’s illness. 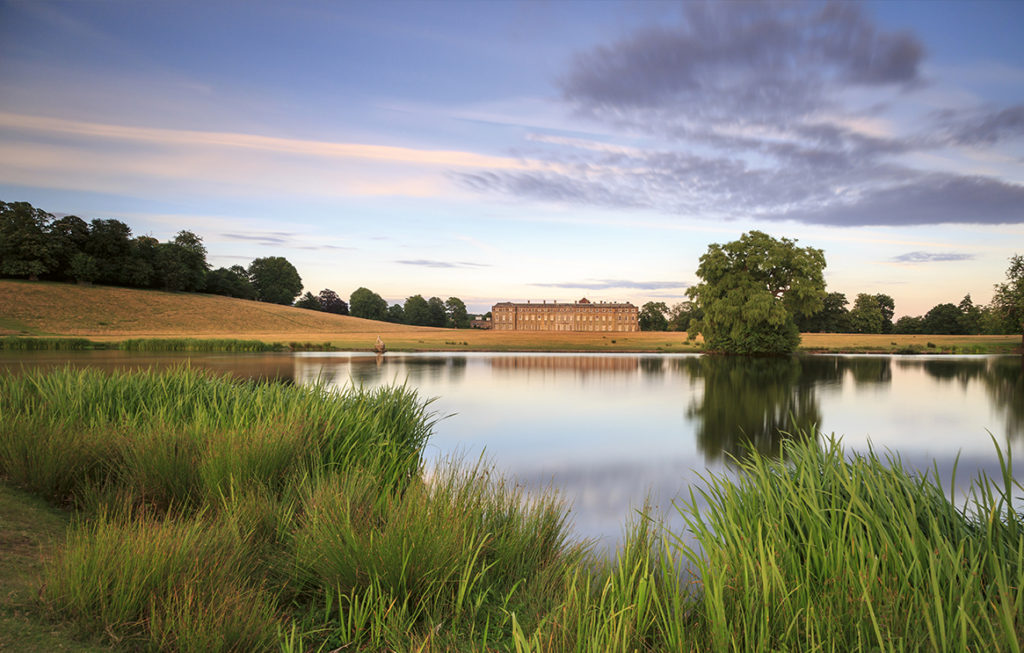 Nicholas Dimbleby’s statue of James McNeill Whistler, on the corner of Battersea Bridge and Cheyne Walk in southwest London, is hidden by foliage for half the year; peer through summer leaves to see the American painter, artist’s bag at his feet, surveying his beloved river.

He painted the Thames and its bridges almost obsessively. It was a bridge that caused his downfall when he sued the critic John Ruskin for libel over his comments on Nocturne in Black and Gold – The Falling Rocket.

Whistler was a true Chelsea denizen, living on Lindsey Street before commissioning his own studio residence, the White House, on Tite Street. He was bankrupted and had to move out to a rented studio in Tower House, also on Tite Street.

The White House no longer stands, but nearby at 101 Cheyne Walk is the original fireplace painted in Symphony in White, No 2: The Little White Girl. All this is about half an hour’s walk downstream to Tate Britain, where you can see this painting and also one of the notorious series, an oil of Battersea Bridge called A Nocturne in Blue and Gold. 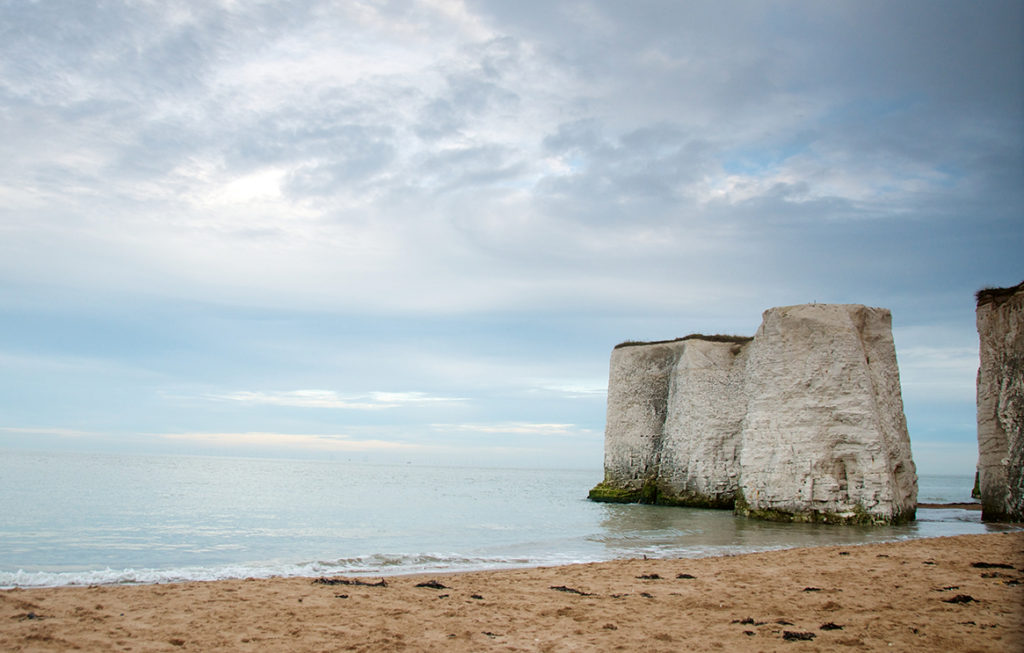 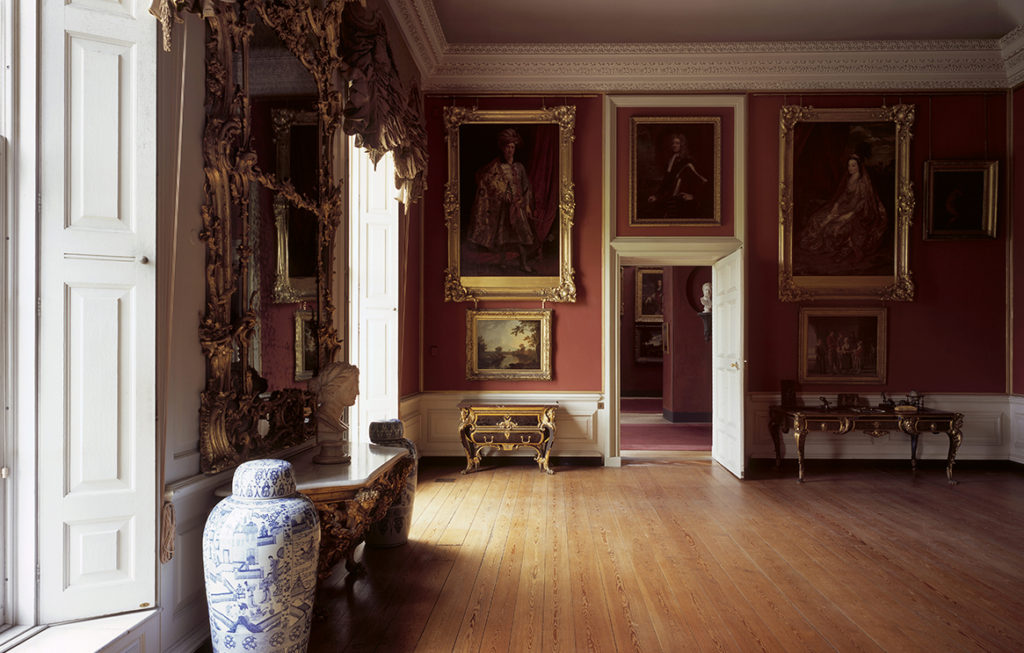 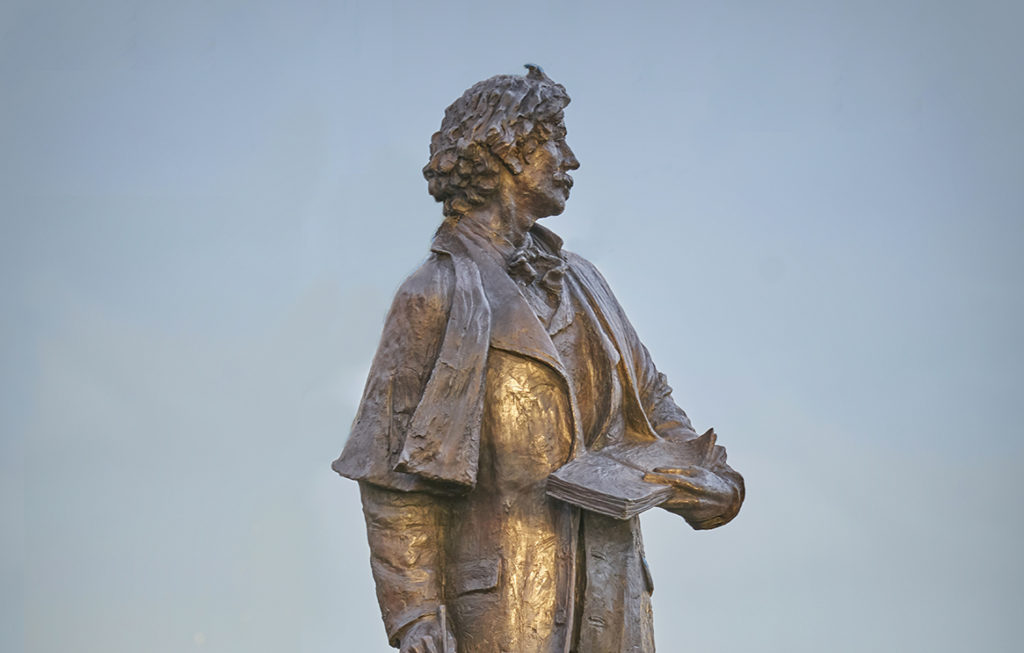 The soaring glass and steel arts centre, The Lowry, sitting on Salford Quays (across the water from the BBC), is a reminder of Laurence Stephen Lowry’s connections with the city at the end of the Manchester Ship Canal (completed when he was about seven years old).

Start here because it has a large collection of his paintings – a good place to debunk the ‘matchstick men’ label and look at his huge body of work on the industrial north-west. You can still see the handsome red brick and terracotta façade of Peel Hall in Peel Park, where he studied art at the Royal Technical College – now owned by the University of Salford. 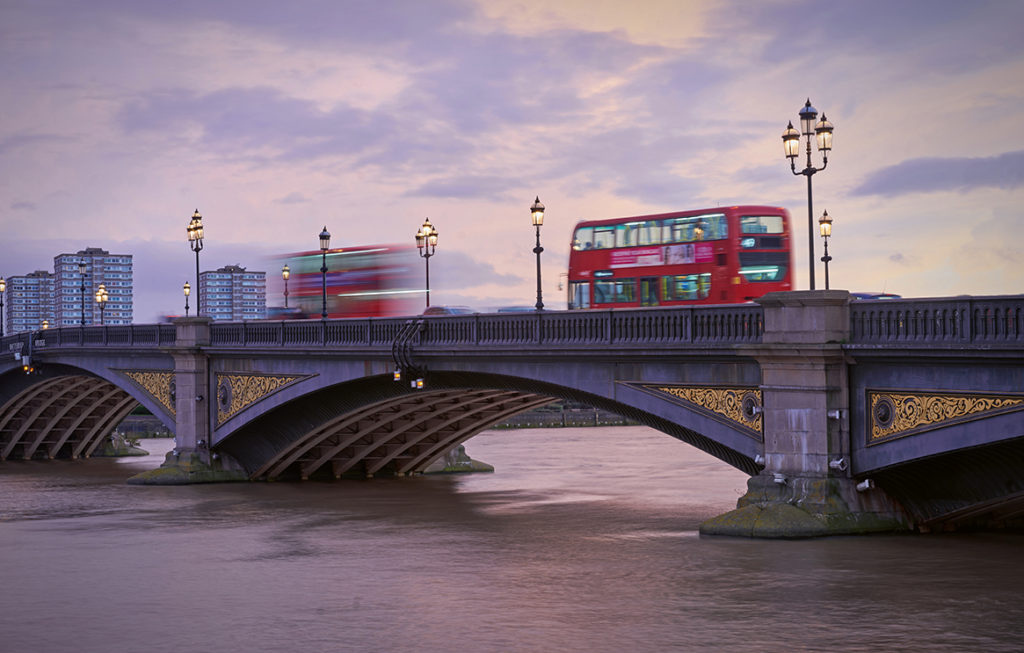 Lowry was born in Stretford and the town marks the artist’s birthplace with a plaque on the Old Trafford Community Centre. In 1910 he joined Pall Mall Property Company as a rent collector and – despite his subsequent fame – worked full time for them until he retired in 1952. Lowry painted at home late into the night, keeping his day job secret – this only came to light after he died.

There is a second plaque at The Elms on Stalybridge Road in Mottram, his home and studio from 1948. Though Lowry claimed he ‘hated’ The Elms, he lived there until his death in 1976. There is a bronze statue of the artist a few yards from his house and his grave – a modest stone memorial with a cross – can be seen at the Southern Cemetery in Manchester. 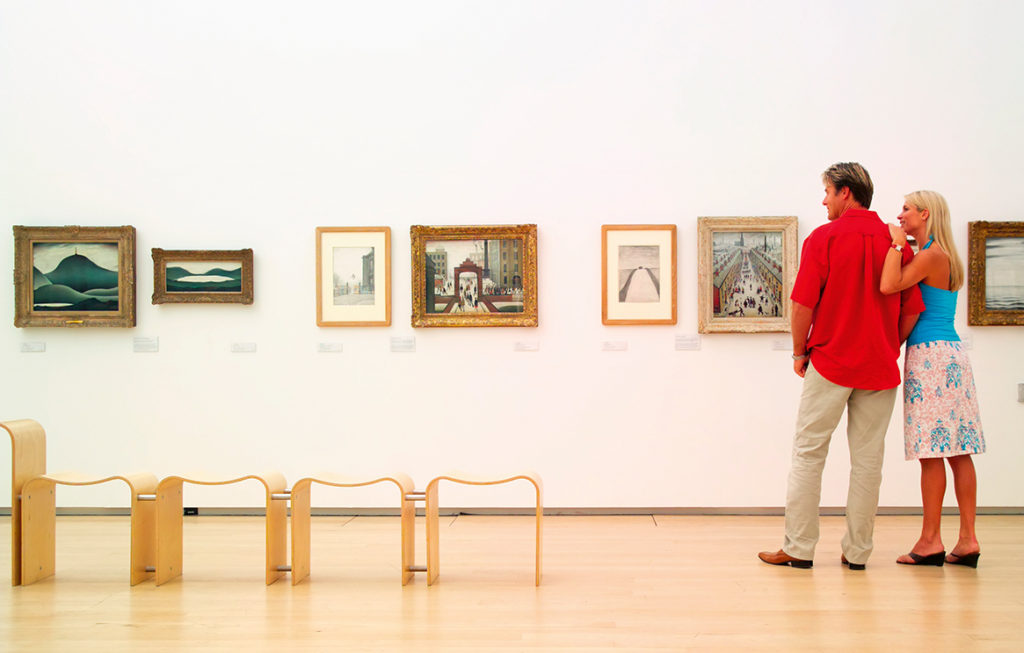 The artist Eric Ravilious grew up in Eastbourne and his work evokes the utterly English landscape of Sussex – and later Essex – the rolling landscapes of the South Downs and the paraphernalia of war.

One of the biggest Ravilious treats is the Store Tour at the Towner Gallery in Eastbourne.

Every second Saturday at noon they slide out great racks of paintings and you can spot several Ravilious works not on permanent display. They are opening a major exhibition, Ravilious and Co: the Pattern of Friendship, from May 27 to September 17 2017, where most of his work will be on display.

Drivers can put together a wonderful circuit that includes the Long Man of Wilmington – chalk guardian of the South Downs on Windover Hill, with his long sticks making him look like a skier; Furlongs, the cottage home of his friend Peggy Angus and a magnet for artists; Firle Beacon (you can walk to both from Glynde railway station); and of course the mighty chalk cliffs of Beachy Head.

Lowry fans might hare off north-east to the Sunderland Museum, which has some wonderful Lowrys in its collection (look out for Dockside Sunderland, painted 1962) and then to the Lowry Trail in Berwick-upon-Tweed. 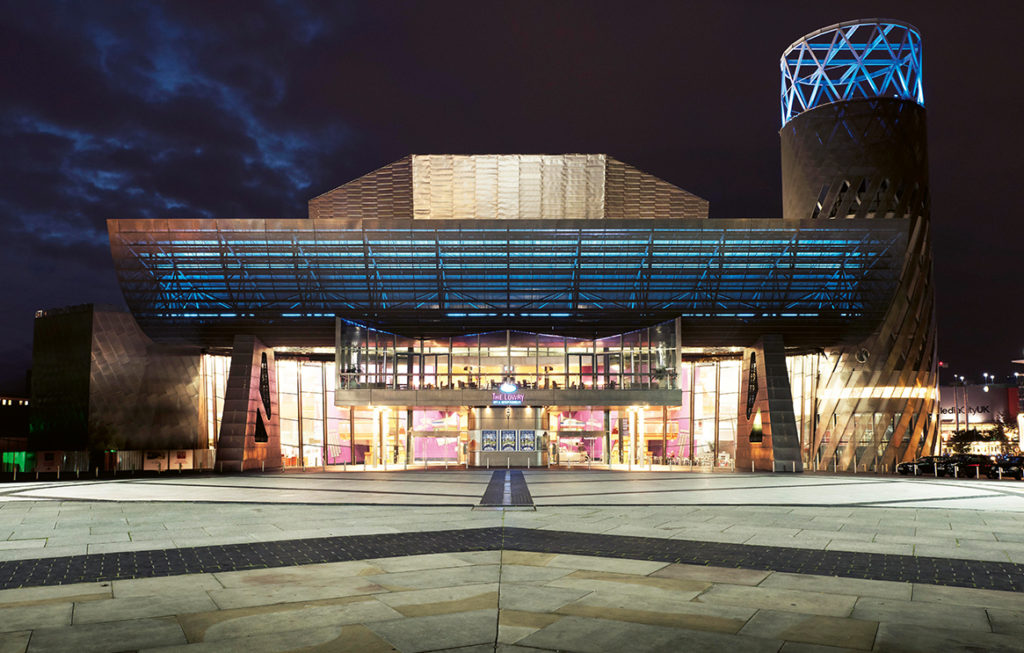 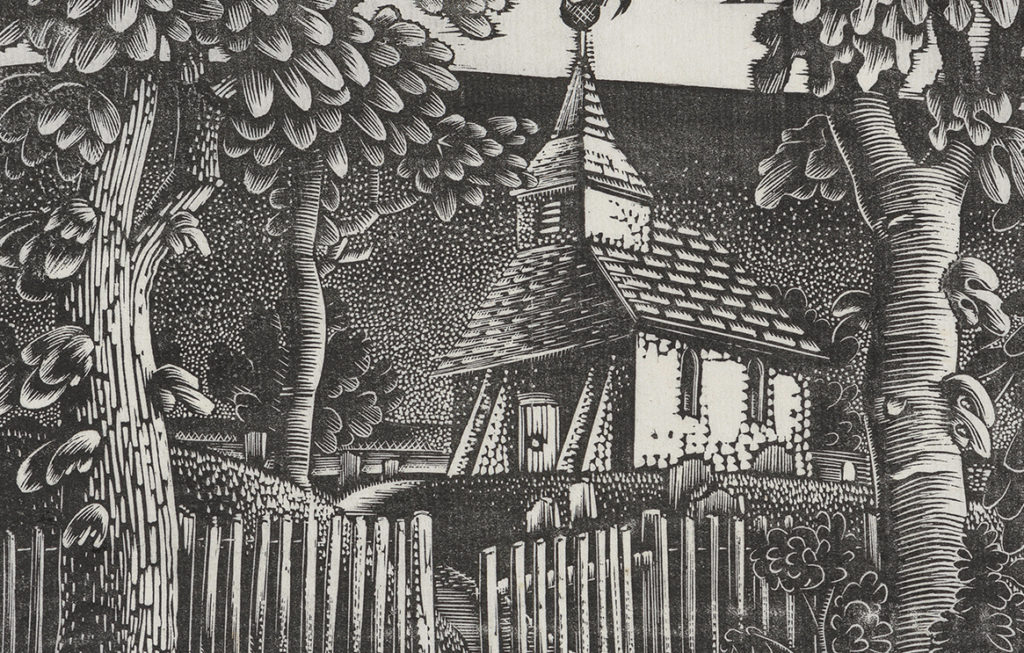 One of the biggest Ravilious treats is the Store Tour at the Towner Gallery in Eastbourne. Every second Saturday at noon they slide out great racks of paintings and you can spot several Ravilious works not on permanent display. 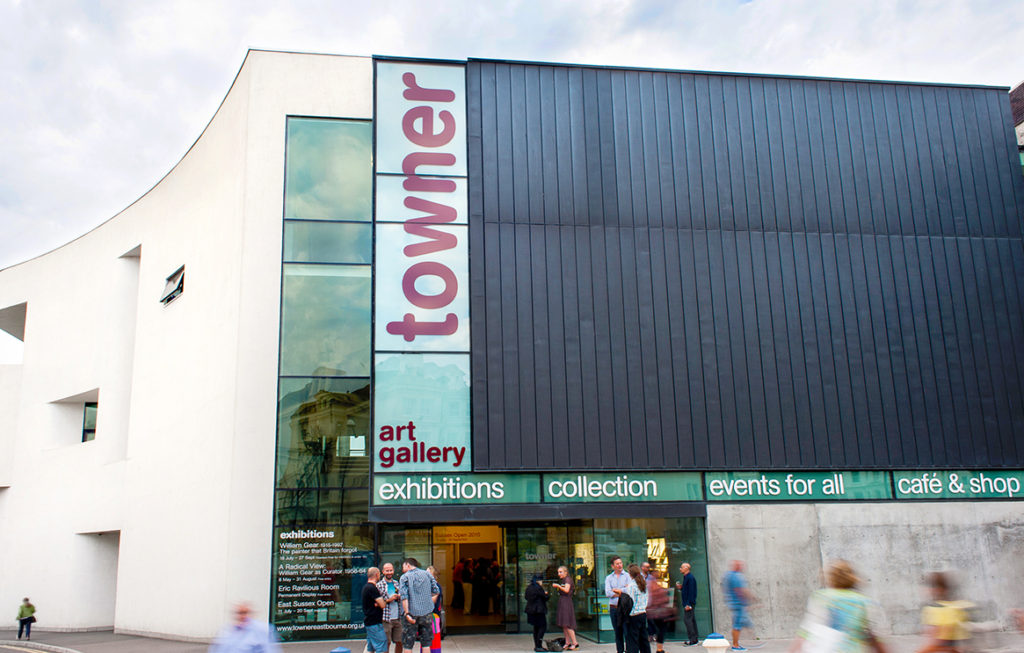 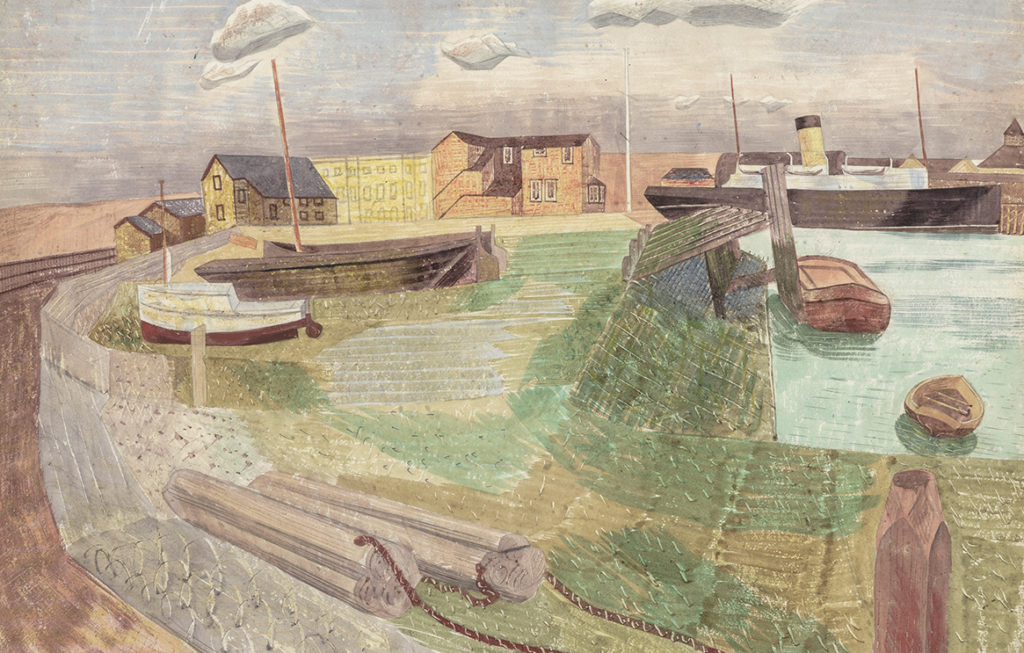 The artist Eric Ravilious grew up in Eastbourne and his work evokes the utterly English landscape of Sussex. 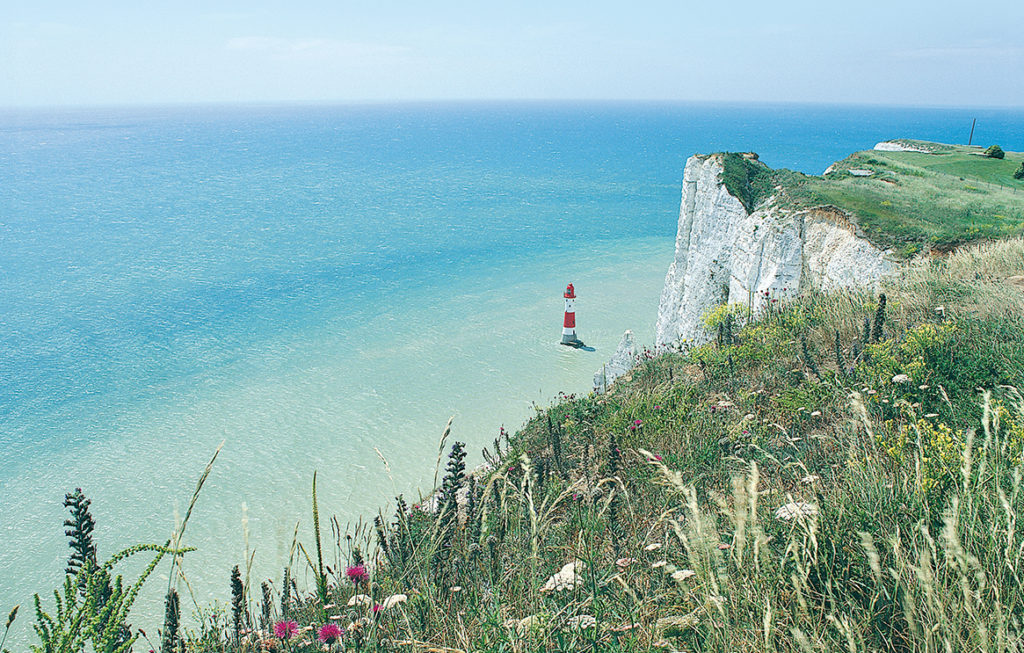 There’s something magical about the Barbara Hepworth Museum and Sculpture Garden in St Ives in Cornwall; partly because of its compactness, partly because of the garden bursting with Cornish subtropical plants and punctuated by the organic shapes of her sculptures; and partly because it still has, after all these years, a sense of her presence.

Hepworth moved to St Ives with Ben Nicholson and their young triplets to escape wartime London and set up this studio at Trewyn in 1949, working here until her death in 1975.

It’s a hop, skip and a jump from the studio to Tate St Ives gallery and the artists’ studios and shops down on The Wharf. 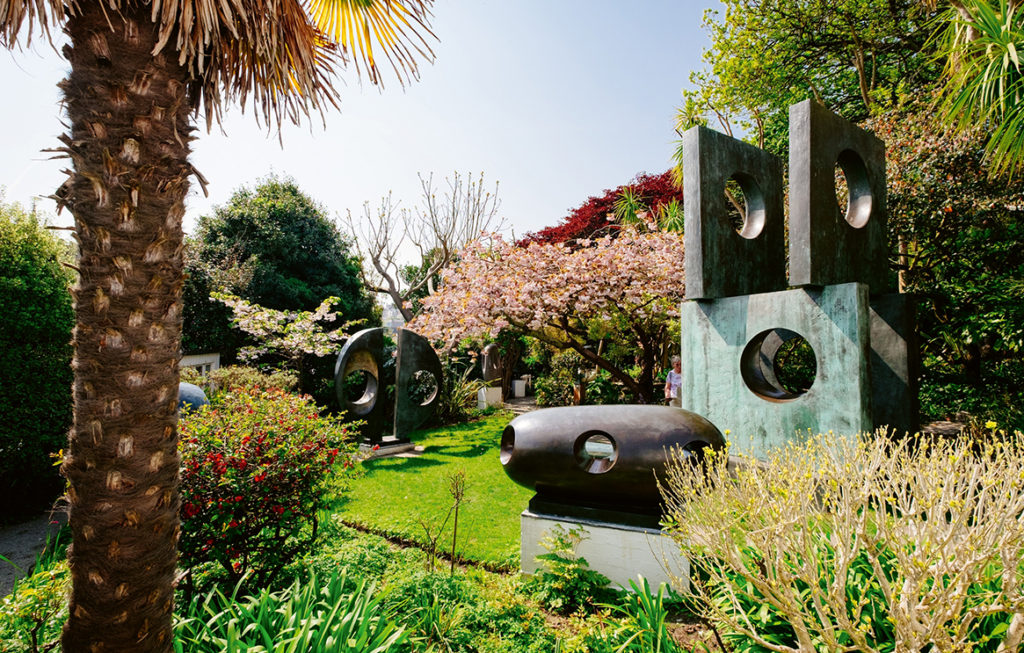 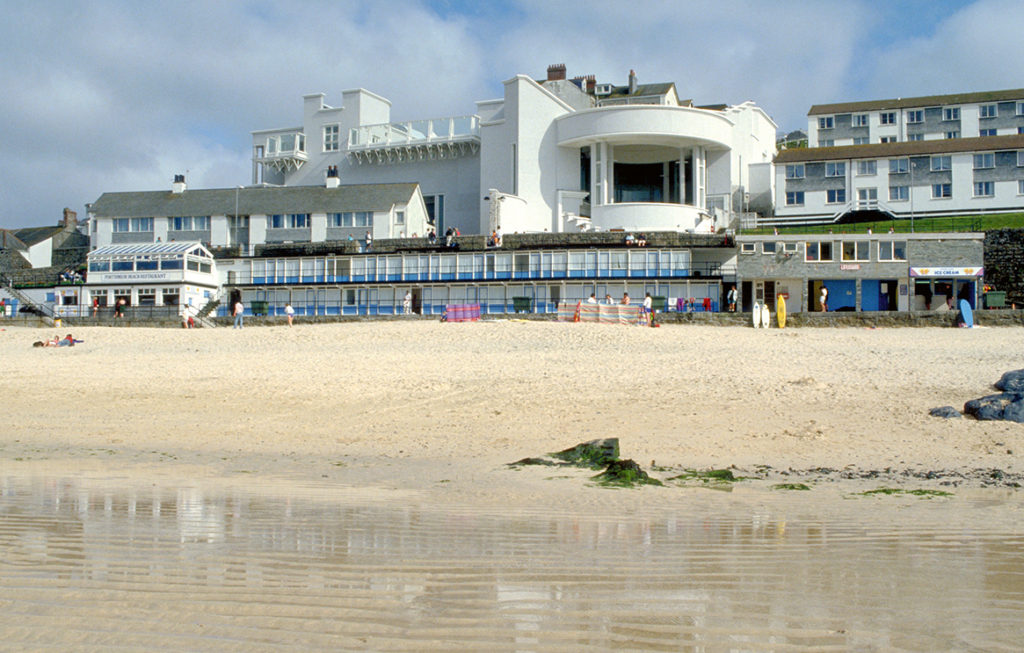