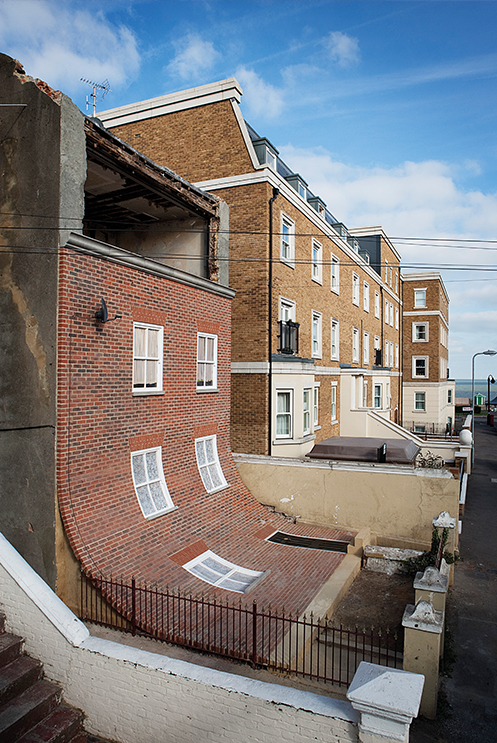 British artist Alex Chinneck created the installation – called From the Knees of my Nose to the Belly of my Toes – by removing the facade of a derelict four-storey house and replacing it with a crumbling interior. The front wall curves outwards, appearing to slide into the street.

Houses clearly fascinate Chinneck; he is working on projects that include a row of upside-down shops next to London’s Blackfriars Bridge, and a house of wax bricks that will slowly melt during the course of a summer. Why the obsession with houses? “Architecture provides a fantastic canvas for sculpture,” he says “When you create artworks at that scale, they are impossible to ignore.”