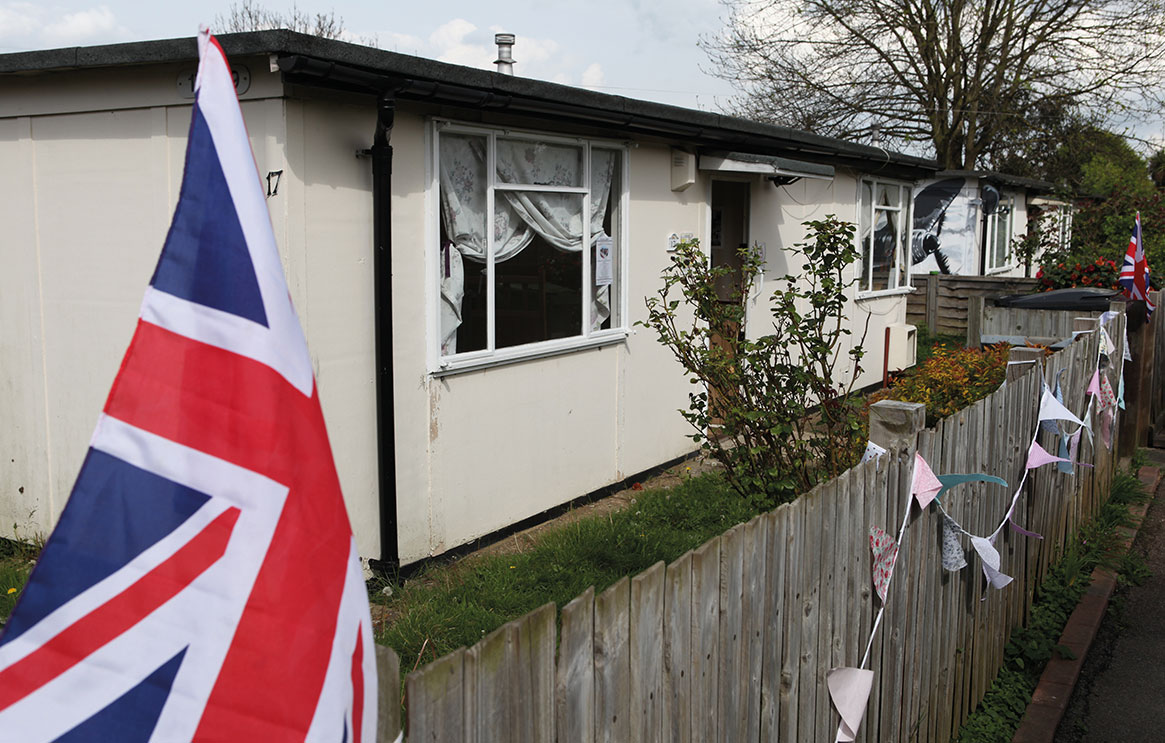 The post-war British ‘prefab’ provokes humour and affection in equal measure. Following the WW11 bombing, some 150,000 of them were built to accommodate returning soldiers. The simple two-bedroomed, prefabricated bungalow was a homely symbol of postwar austerity. Designed to last for ten years, many survived into the 21st century, but their numbers are rapidly diminishing.

The Prefab Museum in Catford is the vision of photojournalist and curator Elisabeth Blanchet, who is working at the south London Excalibur Estate. With 186 buildings, it forms the largest surviving group of post-war prefabs in the UK. The estate is being demolished, but one prefab is being kept to house a social history museum.

The museum has caught the imagination of a generation of people who grew up with the prefab. Visitors have helped finance the project via a successful internet Kickstarter campaign that raised £15,000. This money will go some way towards preserving the prefab as a place where residents and visitors experience oral history, photographs, artworks and films recalling the post-war period. For more info visit: www.prefabmuseum.uk