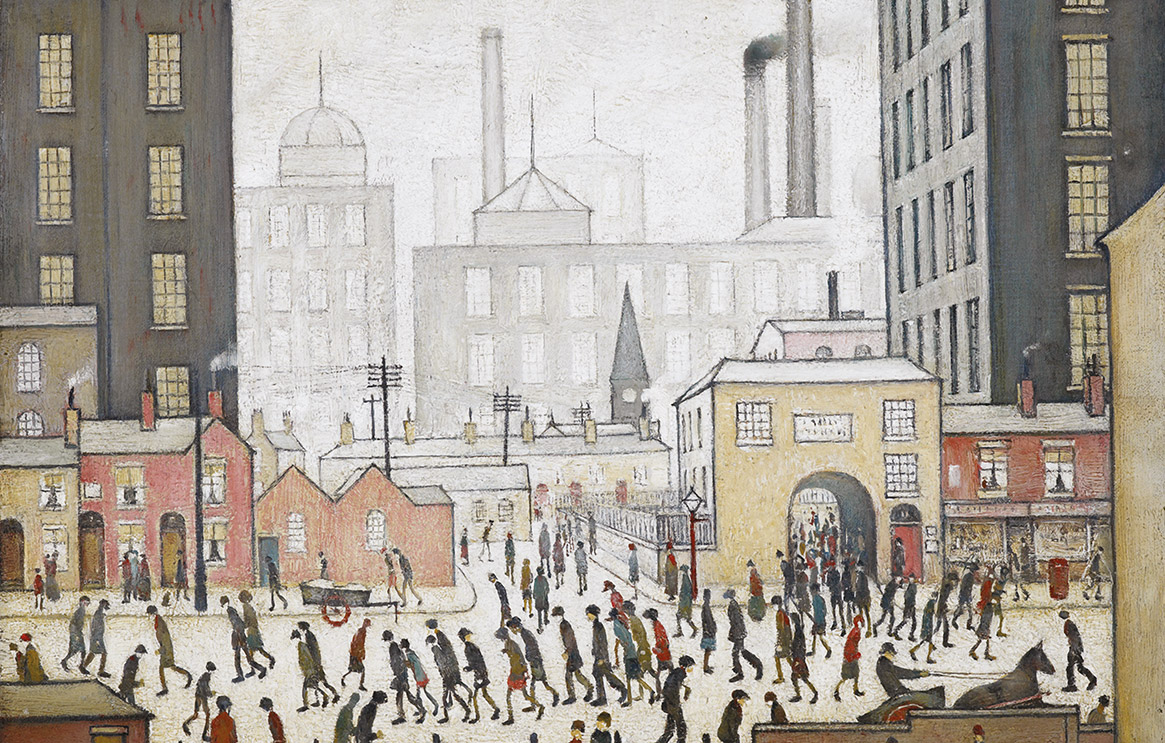 The opening night of Tate Britain’s upcoming Lowry exhibition could mark the end of an acrimonious London vs Manchester debate. The Mancunian artist is a hometown hero – his city named an arts complex after him. But in recent decades the gallery has kept most of its 23 Lowrys in storage, with only one Lowry, Industrial Landscape, making brief public appearances.

High-profile northerners have criticised this treatment of the painter. In 2011 Sir Ian McKellen spoke of an anti-northern conspiracy, calling Lowry’s exclusion… ‘a shame, verging on the iniquitous’. Former Oasis frontman Noel Gallagher said: “They’re not considered Tateworthy, or is it just because he is a northerner?” Gallery director Penelope Curtis conceded: “Lowry has been an issue for the Tate. Many people who love his work would like to see it dealt with more seriously.”

This will be the first major exhibition of the artist’s work in London since his death in 1976. The Tate hopes to reassess Lowry’s contribution to art history and argues that he was Britain’s ‘pre-eminent painter of the industrial city’. The critics of the Tate’s lack of Lowry will be invited to the opening night. Lowry and the Painting of Modern Life. 26 June – 20 Oct 2013.