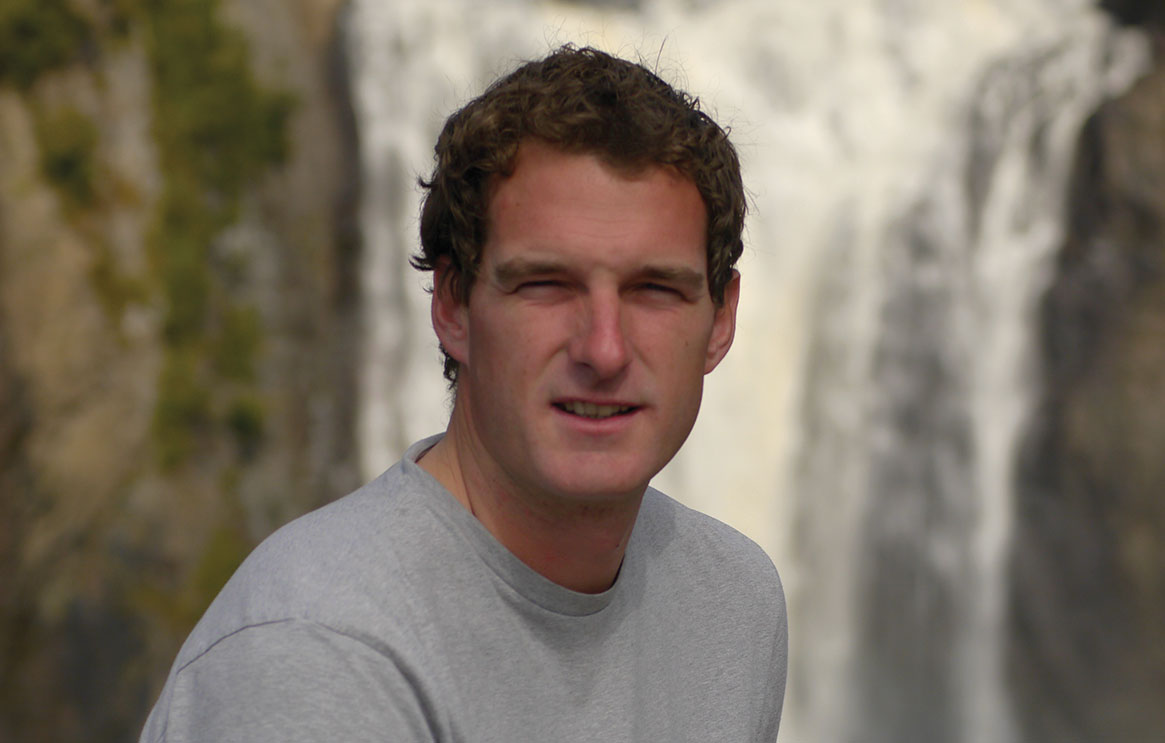 ‘Did you know the German navy shelled Scarborough?’ Dan Snow is in full flow about the First World War. ‘It’s something very few people know,’ he continues, ‘Gretna Green had a massive armaments factory for shell production and there were practice trenches in Wales. It’s a huge story with echoes right across Britain and we want to get people involved by joining digs or listing war memorials or helping identify and protect First War sites in their local communities.’

Last October, Dan became the president of the Council for British Archaeology (CBA) and has been deeply involved ever since. ‘I’m not an archaeologist, obviously’ he says, hastily, ‘but I’ve filmed more than my fair share of digs; everything from Shakespeare’s house in Stratford upon Avon to Second World War Spitfires. I’m fascinated by anything involving interrogation of the past and how it affects our life today.’

He is sometimes described as ‘conflict historian,’ specialising in war and battles, and enjoys a busy television career that almost ended before it had even begun. Thirteen years ago someone at the BBC floated the idea of making a history programme using Peter Snow, the veteran journalist and broadcaster, and his son, then a history graduate from Balliol College, Oxford with barely any experience of television. The idea was kyboshed, not by the senior management but by the senior Snow.

‘Dad didn’t like the idea, he thought it might be awful,’ says Dan, who was mulling over the possibility of doing a PhD in Anglo-Russian history at the time, ‘but six months later the idea came up again. It was the 60th anniversary of El Alamein, something we’re both interested in, so in the end we said yes and did our first programme together in 2002.’

They followed it up with a BBC2 series called ‘Battlefield Britain’ and since then there has been a blizzard of Snows. Peter is famed for his election night broadcasts, makes history programmes and has just written a book on the destruction of the White House by the British. Cousin Jon is news anchor for Channel 4 and also an author. And Dan in his turn has ranged far and wide across our television screens for most of the past decade.

His recent Discovery Channel series and accompanying book, ‘Battle Castle’, examined the architecture of six famous fortifications and their function in war. Series for BBC2 include histories of the Railways, the Royal Navy, Congo and Syria. He’s done D-Day for BBC1 and ‘Norman Walks’ for Channel 4 and is the History Hunter for ‘The One Show’.

His current series involves rowing down the Grand Canyon on the mighty Colorado River – he rowed for Oxford in the Boat Race three times – and on his sensational Instagram feed, all foaming white rapids and soaring orange cliffs, an envious fan has written: ‘Dude, I want your job!’ 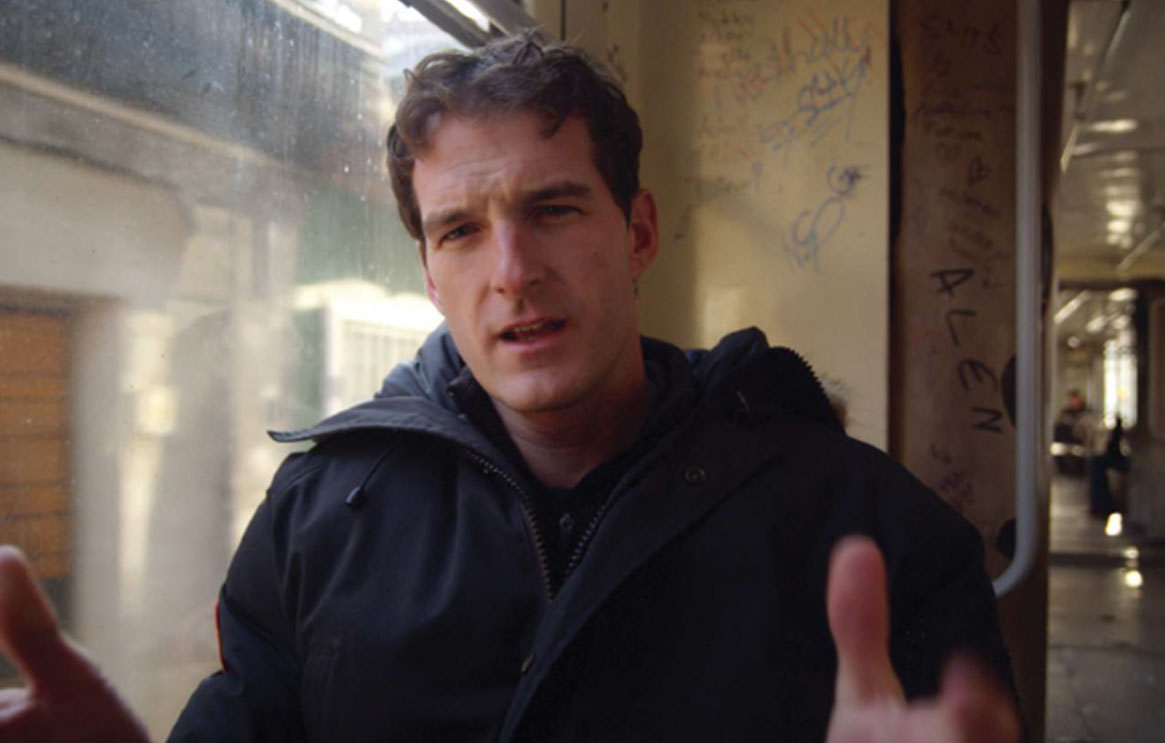 The fact he has an Instagram feed – and a Facebook page and 62,000 followers on Twitter, where his tag is @thehistoryguy – is probably part of his appeal to the CBA. The Council has watched in dismay as cuts in funding have caused the numbers of working archaeologists to drop dramatically. It is acutely aware of the importance of inspiring the next generation and of sustaining the undoubted enthusiasm of the public.

‘A while ago I filmed a dig in Donegal, just over the border in the Republic of Ireland.’ says Dan, ‘It was a Spitfire that was completely buried, but had its guns intact. We cleaned them off, loaded them and, unbelievably, managed to fire them. One million people watched the footage of that dig in one day, which just shows you how much interest there is in archaeology – and in history – there’s a huge appetite for it.’

There is a natural symbiosis between the two subjects, between the material evidence of the past and its wider interpretation, which appeals to him. ‘Archaeology works hand in hand with history, of course it does. When you look at the written records – I’ve done this with stuff on the Roman Empire, on the Roman frontier in Dacia (now Romania), say – you get fascinating results. Then you meet the archaeologists on the ground and it opens up whole new possibilities.’ He also acknowledges the influence of hugely popular programmes such as ‘Time Team’.

Somehow, between travelling, writing and bringing up a young daughter with Edwina, his wife of four years, he has a new enthusiasm: apps. ‘I’m doing a lot of work on them at the moment, with my company Ballista.’ he explains. ‘We’ve only done one for iPhones so far, ‘Battle Castle’, but we’ve done quite a few for the iPad – have a look at ‘Timeline World War II’, that’s had good reviews. I’m pushing forward with more of those. Social media is one of the things I’m excited about bringing to the job at the CBA: it’s very much my thing, I’m obsessed with it, Instagram, Facebook, Twitter and so on.’ 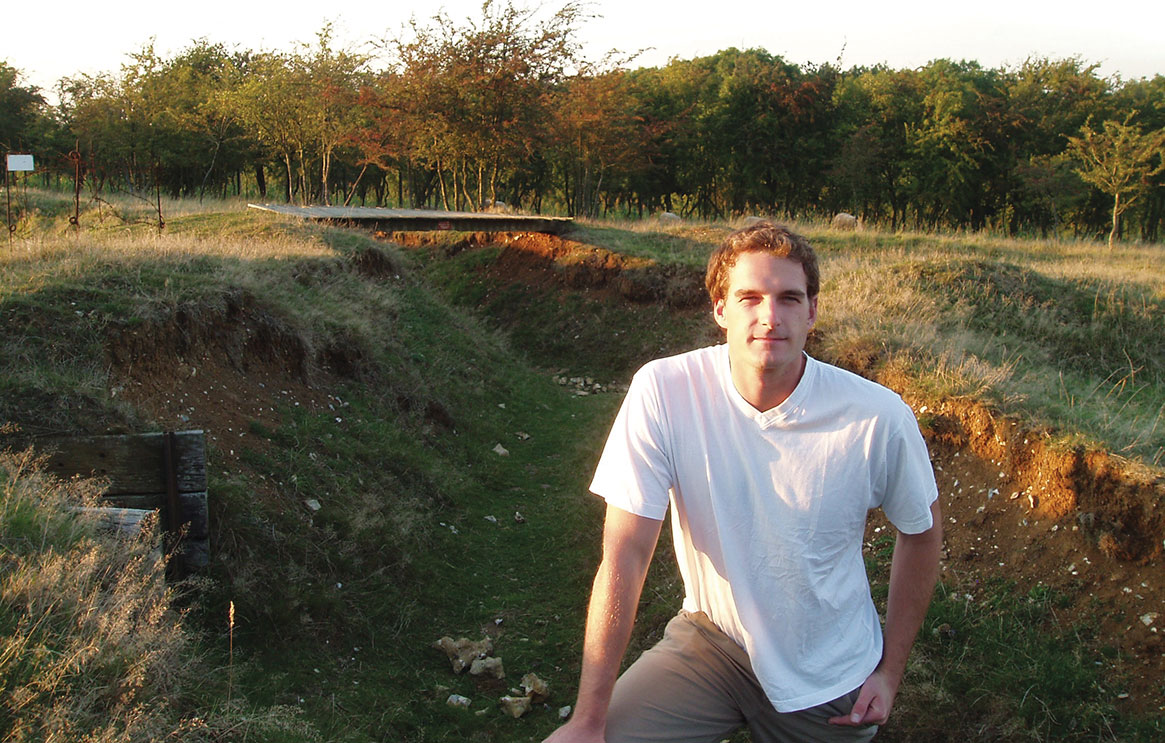 One of the great privileges of his job, he feels, is the chance to meet people who are extraordinarily specialised. ‘For someone like me, who is a generalist, that’s an incredible thing,’ he says, ‘I’ve been lucky enough to work with Roman specialists and Norman specialists… perhaps the most amazing has been a brilliant American woman called Sarah Parcak, who is a space archaeologist.’ The discipline is fairly new, apparently, and among other things she has found the Portus lighthouse, off Rome, using US government satellites to detect temperature differences in materials, so the great limestone foundation was visible under the sand.

On earth, recent digs that he’s been on (‘as an unskilled muppet’) and been blown away by include the Roman cemetery in York, the legionary fortress at Caerleon in  Snowdonia and the ongoing dig at Vindolanda on Hadrian’s Wall. He points out that Vindolanda is just one of several Wall forts: they haven’t even started on the others, so there is more to come.

He’s also a big fan of the Museum of London – ‘partly because it is all about London. I know that sounds crazy, but people often go the British Museum and say it doesn’t have a lot of Britain in it’ – and, as we know, is deeply involved in the commemoration of the First World War this year. He’s particularly intrigued by what he calls ‘the Forgotten Blitz’; the aerial bombardments often eclipsed by those of the Second World War, but deadly for counties such as Suffolk, Norfolk, Cambridgeshire, Essex and Kent, bombed as planes flew back from London to the North Sea.

‘I hope to be able to straddle both specialities,’ he says, ‘I’m going to try and bring attention to what the CBA is doing in this country and to show what light it is shining on the history of humanity. Then there is the education side, introducing kids to archaeology, getting the next generation of archaeologists involved and enthused.’ Somehow, I doubt that’ll be a problem.

Dan Snow appears regularly on the BBC’s One Show.

For information go to www.archaeologyUK.org/First-World-War

The annual Festival of Archaeology takes place from July 12 to 27 with over a thousand events across the UK www.archaeologyfestival.org.uk

For information on either of these, or to join the CBA, visit www.archaeologyuk.org