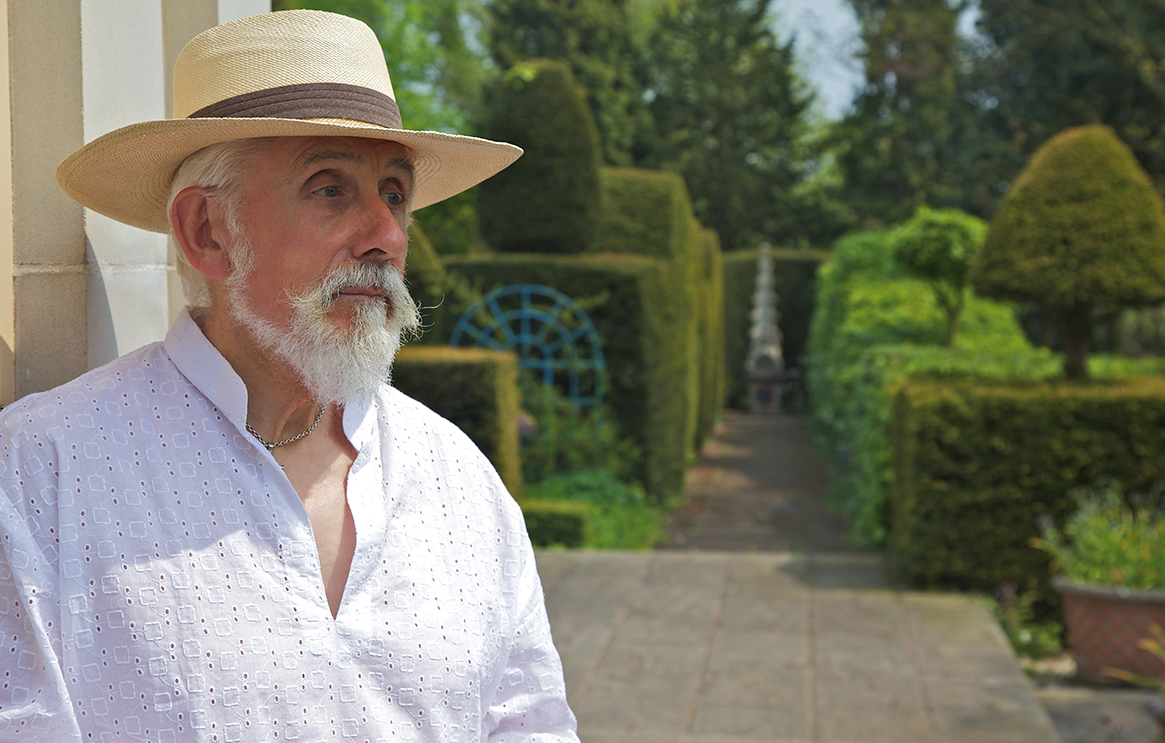 In the autumn of 1968 an exhibition of Cecil Beaton’s photographs opened at the National Portrait Gallery in London. Nothing unusual about that, you might think. But there was: not only was it the first time the gallery had allowed photographs on its walls, it was the first time it had shown portraits of anyone who was actually still alive. The show took London by storm, transforming the gallery’s image from that of a fusty attic to arty hot spot in Swinging London and made its 33-year-old director, Roy Strong, a celebrity in his own right.

‘Oh God it was so stuffy!’ groans Sir Roy, who later become director of the V&A for fourteen years, was knighted for his services to the arts in 1981 and is now the sort of unrepentant 77-year-old who drives Marxist historians to drink and delights the viewing and listening public, ‘I arrived when the age of hierarchy was in place, don’t forget, it was a time of respect, the class system and all that. That’s all gone now, it’s the Golden Age of Trashocracy, isn’t it, really, when David Beckham has become more important than the Queen?’

He is speaking at his home in Herefordshire, The Laskett, which he shared for over forty years with his late wife, the set and production designer Dr Julia Trevelyan Oman, and where they built an elegant, mannered garden that reflected their lives together. It has been described as ‘the largest private formal garden to be created in England since 1945’ and its website features a Puckish Sir Roy, dressed in a black doublet and ruff, with spade-shaped beard and handlebar moustache, looking like an Elizabethan courtier. He probably couldn’t think of anything nicer: the Virgin Queen is his great passion.

‘You’ll learn from my autobiography, which only goes up to 31 by the way, that I fell in love with Elizabeth I at a young age,’ he explains, ‘I had a card index of her portraits at the age of 17 and my first book, in 1963, was about her.’ He travelled widely to see houses that owned portraits of her, staying in grotty B&Bs and getting around by bus and train. ‘Hatfield was the first great house I ever saw,’ he says, ‘I must have been fourteen or fifteen years old and I took the Green Line bus. There were two of the most famous portraits of Elizabeth there. I was hypnotized by it; it was something about the same family still being in it, something about the permanence of England, its continuity, despite all the changes. It’s an ability to move on. We’ve never had a great dislocation, thank God, we manage to concede and bring in the new.’

Bringing in the new, in history terms, is not without its challenges. While he applauds the huge appetite for history – evident from TV, radio programmes and websites – he is exasperated by the concept that everyone’s opinion is worth something, whether they are an expert or not. He is unashamedly elitist: doubly so, having been a bright boy in Enfield, North London who went via grammar school (where an inspiring teacher triggered his Elizabeth obsession) and the University of London straight into the cultural elite, scattering tradition and pomposity as he went. But he is fascinated by  industrial heritage, about which he says he knows little, and the burgeoning interest in social history reflected in everything from Who Do You Think You Are? to Downton Abbey. ‘It’s easy to knock the heritage industry, of course it is,’ he says, ‘but becoming an ‘industry’ has enabled [much of our history] to survive. Great country houses were forced to open to the public for economic reasons, of course, but at last they could be seen by everyone. Before that, nobody except the people who lived or worked in grand houses ever saw them.’

Today, Sir Roy still sports the beard and moustache and is still a natty dresser. He gets his shirts from Favourbrook in Jermyn Street – ‘English with an edge, the nearest you can get to Tommy Nutter today I suppose’ – and has developed a taste for Indian clothes. The Sub Continent is his new discovery and passion.

The only thing that silences him is when I ask him about places people should visit while they’re in Britain. There is a pregnant pause. ‘How can you ask that?’ he says pitifully, ‘There are 48 cathedrals! Which do I choose?’ In the end he says Lincoln for its hilltop position, soaring Gothic architecture and intimate close, but switches to Durham because its mighty Norman columns and arches and dominant position say so much about the power of the North. 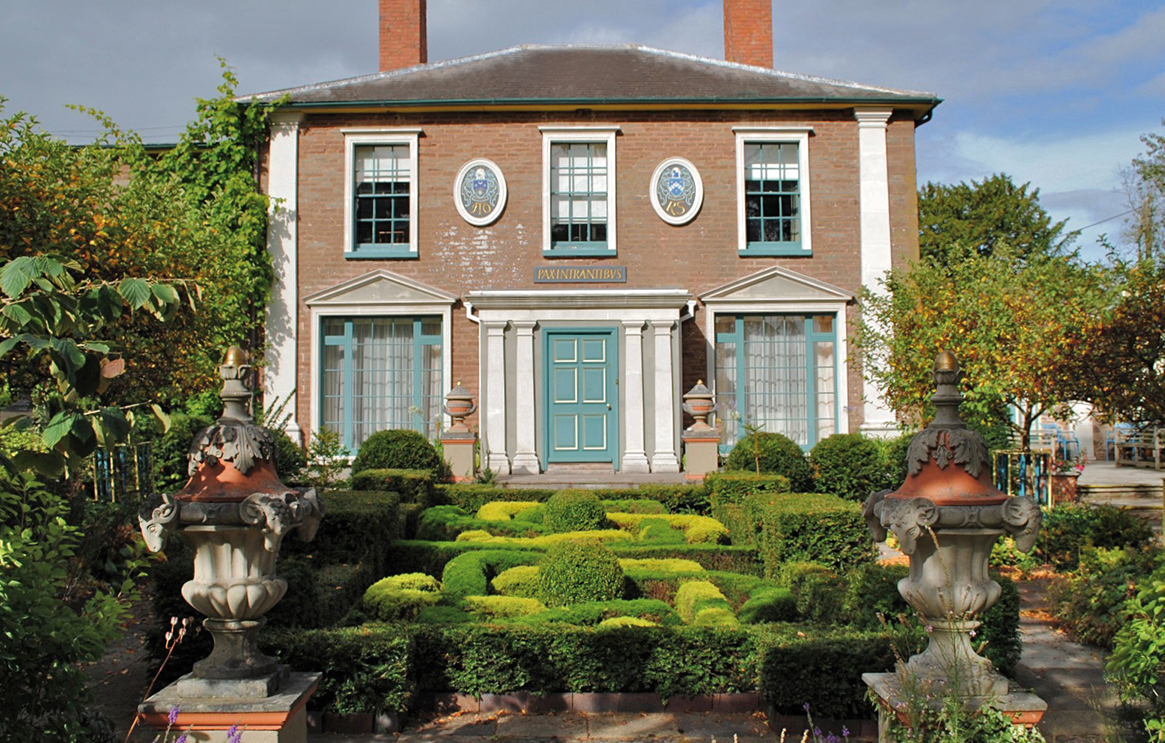 I press him on houses. That’s not so difficult. ‘Hardwick Hall is one place you should go,’ he says, ‘I simply love it.’ Hardwick Hall is the sixteenth century show house built in Derbyshire by the stupendously wealthy Bess of Hardwick, one of the few women who could rival Elizabeth herself. ‘I went as a penniless student,’ he continued, ‘and it was one of those days with low-lying mist and you saw the house high up on the hill, sort of floating, and inside the ascent up those stairs, the High Great Chamber and the amazing Long Gallery. It’s an arrogant building: “Hardwick Hall, more glass than wall,” is what they used to say. It’s not modest. It’s enormously assertive, it’s very much of its period.’

In March, Sir Roy’s autobiography was published. It sounds much like him: frank, energetic, with a wonderful ear for a controversial phrase that will be picked up by the media. He is a loyal supporter of causes he believes in – often small ones that benefit from his star wattage – and he writes all the time. He thinks the autobiography is his twenty-fifth book, but is not quite sure.

‘If you’ve only got time to see one thing,’ he says as an afterthought, ‘you should stand in front of the full-length Ditchley Portrait of Queen Elizabeth I in the National Portrait Gallery. She is looking at the sun and behind her are the dark clouds. She’s standing on a map of Europe, the English counties are spread below her and she’s like some amazing vision. It was our great Heroic Age. You’re witnessing the birth of the England we know today.’

And with that he courteously brings the interview to a close. Controversial Sir Roy Strong may be, flamboyant, yes, opinionated, yes. Stuffy – never. 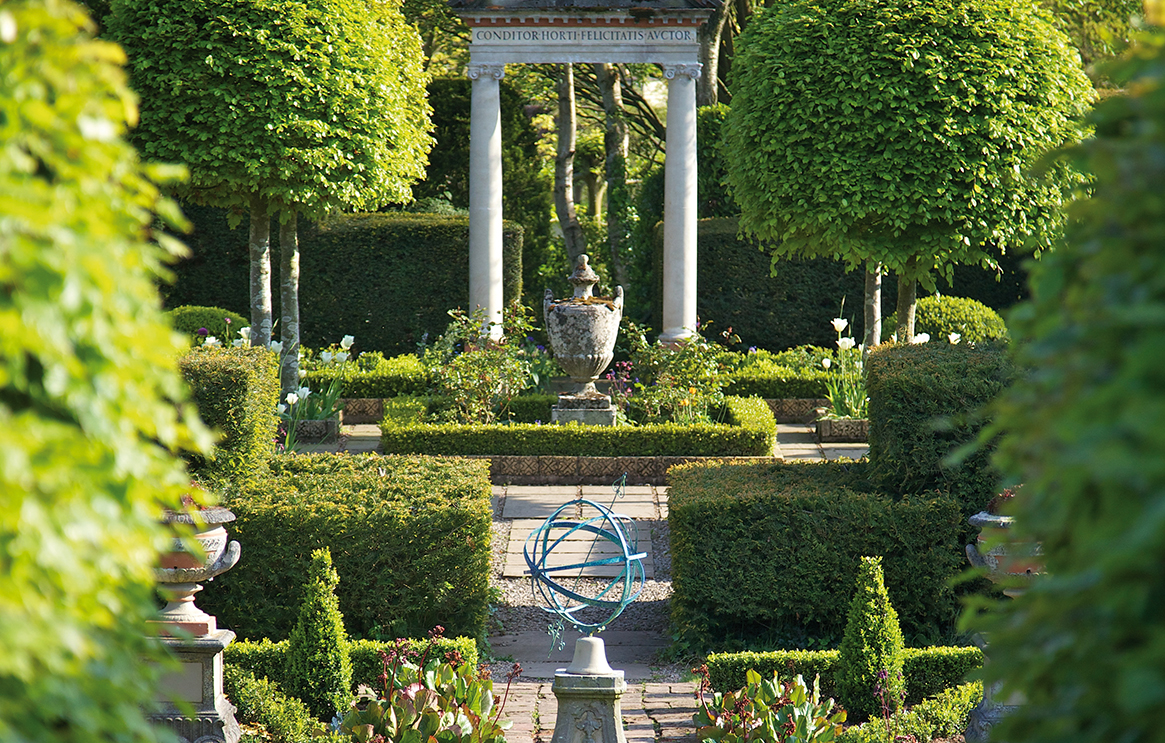 THE LASKETT GARDENS (www.thelaskettgardens.co.uk) are open to pre-booked groups on Tuesdays and Thursdays. Minimum group size 20 (though this may be negotiable). Tickets £10.