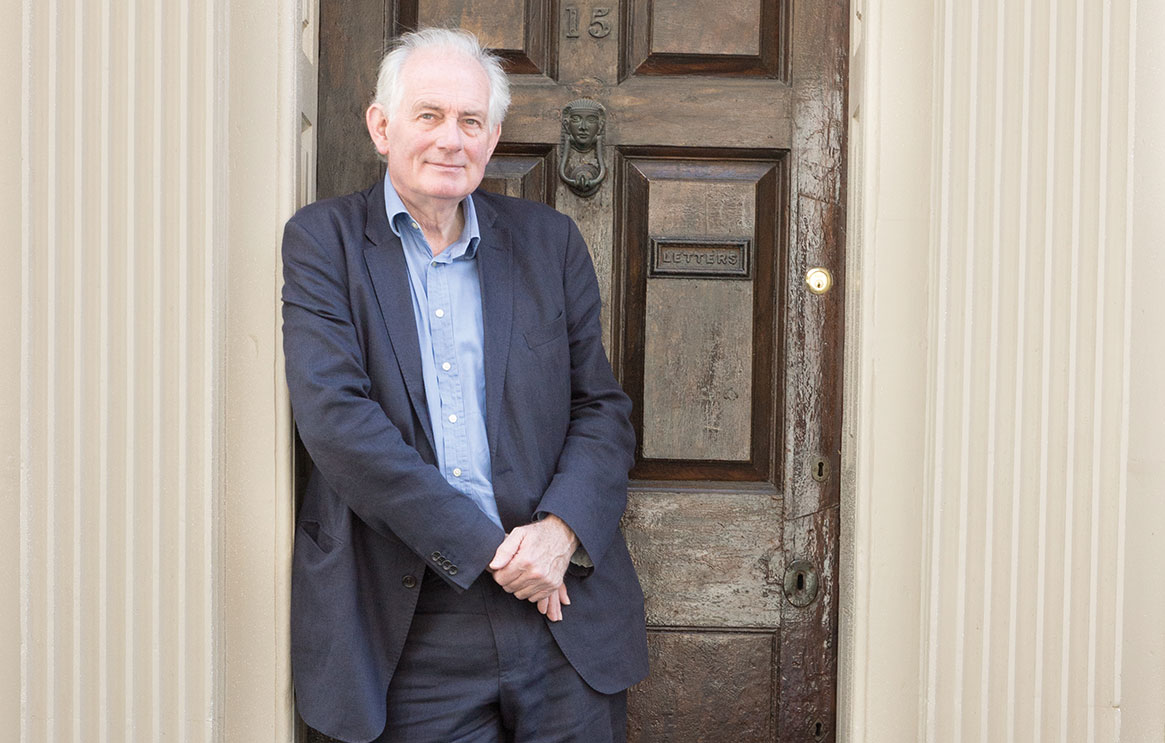 When Dan Cruickshank says he was down at the pool the other day, he doesn’t mean swimming. He means the Pool of London, the stretch of water between Tower Bridge and London Bridge that once bristled with shipping, bringing in goods from across the known world.

“I was there just recently, “ he says, “and I saw two men pull a timber figurehead out of the water about three feet high, early 19th century I think. It looked like an Inca or a South American Indian.” The men rang the Museum of London and kept the figure in water, quite correctly, but he found out later that when the museum wasn’t interested they sold it for £50 on eBay. “I really mind about that,” he says wistfully, “I would have bought it like a shot. Bloody right! It’s the biggest and best thing I’ve ever seen found on the foreshore.” 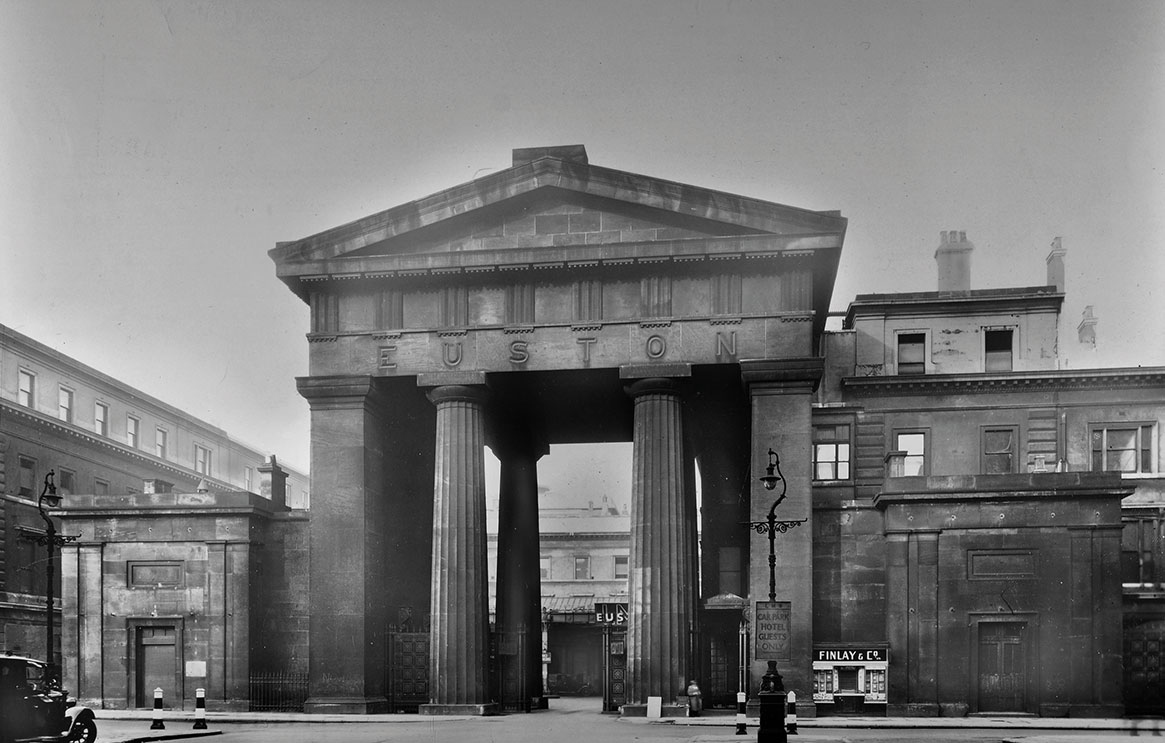 Cruickshank, 65, is an architectural historian, academic and activist who, until the mid-1990s, was busy lecturing, working in writing books and journalism – unknown to the wider British public. Then he was asked ‘to turn some of my stuff into telly’ and in his mid-forties found a gift for intelligent television presenting, both in Britain and abroad. 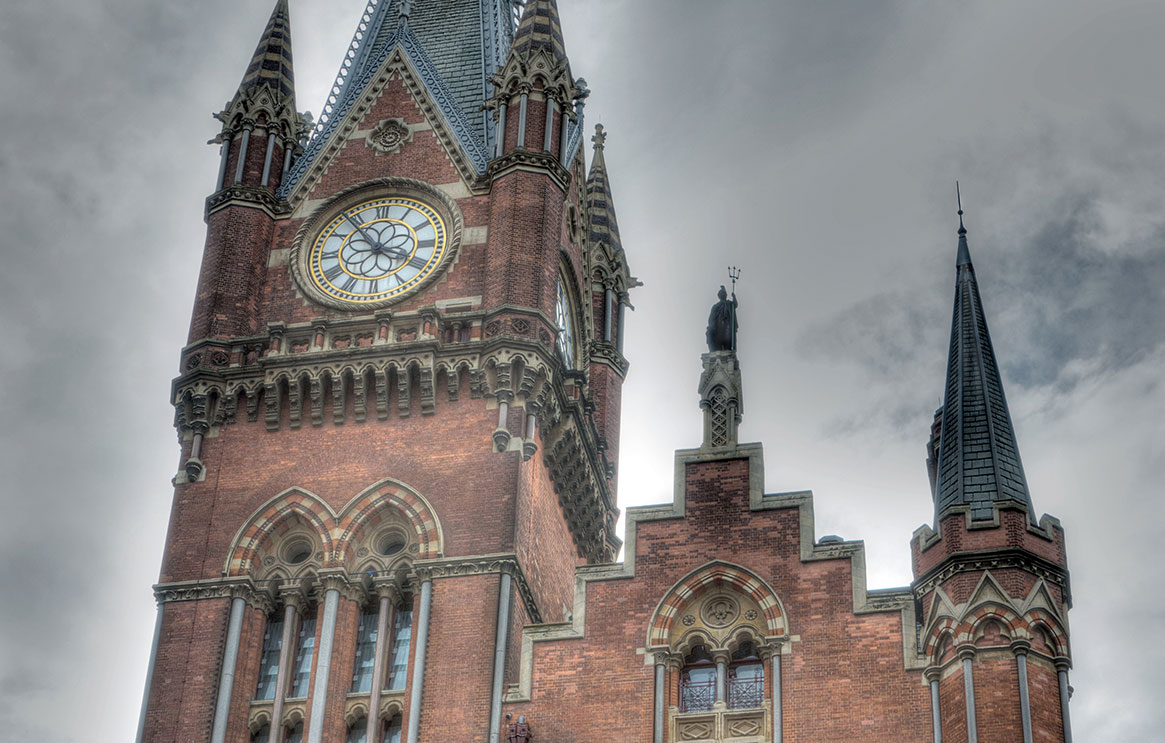 His passion for history, professorial demeanour and distinctive speaking style – ‘Did he whisper?’ is the first thing everyone asks (he didn’t), have made him a household name. He still fights for causes, and he continues to write prolifically. He is currently finishing his sixteenth book, his ‘life’s work’, on his beloved Spitalfields.

Dan Cruickshank was born in London and brought up in a large, late 18th-century Bedford Estate house on Gower Street. Asked about his earliest London memories, he goes into a frenzy of self-examination. 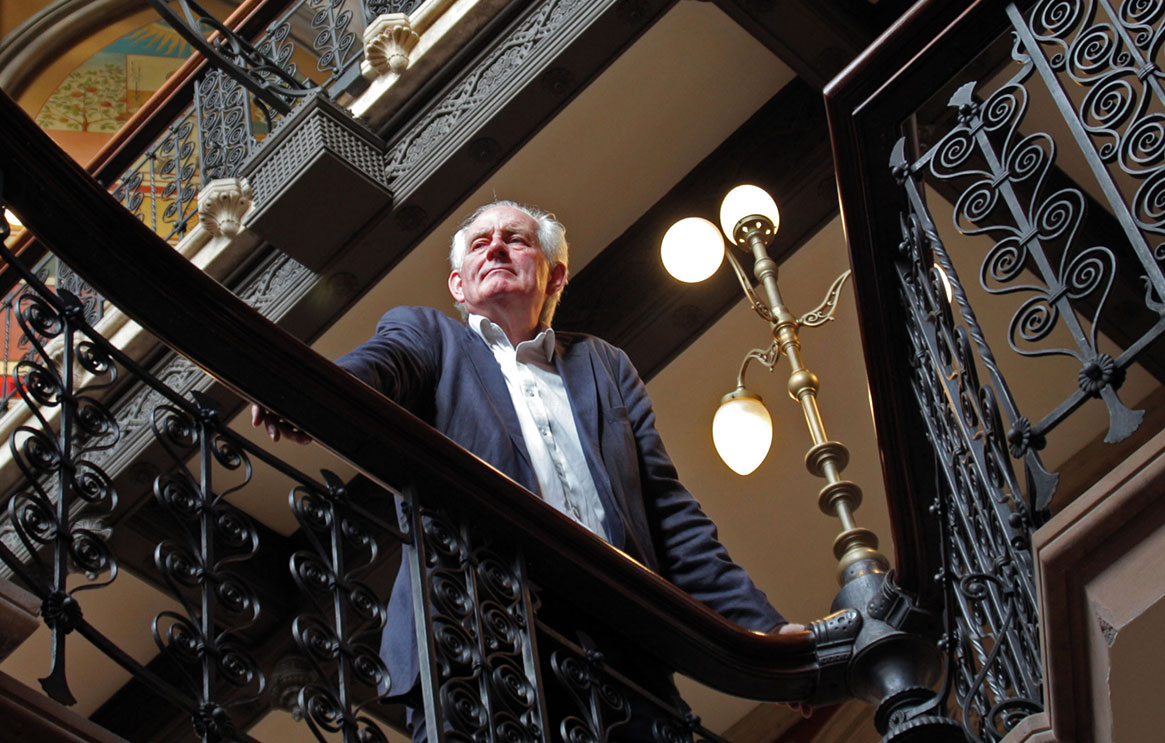 “I have to explore my brain in terms of this question because you have false memories, of course,” he argues, “I was born in 1949 and I think I remember the Festival of Britain site; the Tories destroyed almost everything to do with it in 1951, but the shot tower on the South Bank survived for a while. I remember the site and I remember the shot tower. Do you know how they work? They dropped molten lead from a great height into a tank of water to make lead pellets.”

It’s this discursive style and his huge enthusiasm for his subject, particularly if it involves his own city, that make him so beguiling. He also isn’t afraid to say what he thinks; about buildings, about the city and about the people who influence the daily existence of both.

The Skylon – the 300-foot high, tapering cigar of aluminium, lit from within at night, that towered above the Royal Festival Hall – symbolised the 1951 Festival of Britain. It featured in one of his early TV appearances, part of the BBC2 series One Foot in the Past.“There are several pieces still around,” he says, “the demolition chap has one, the Museum of  London has two bits, and the architect has one as well. It wasn’t dumped in the River Lea: that was, in fact, the Euston Arch.” 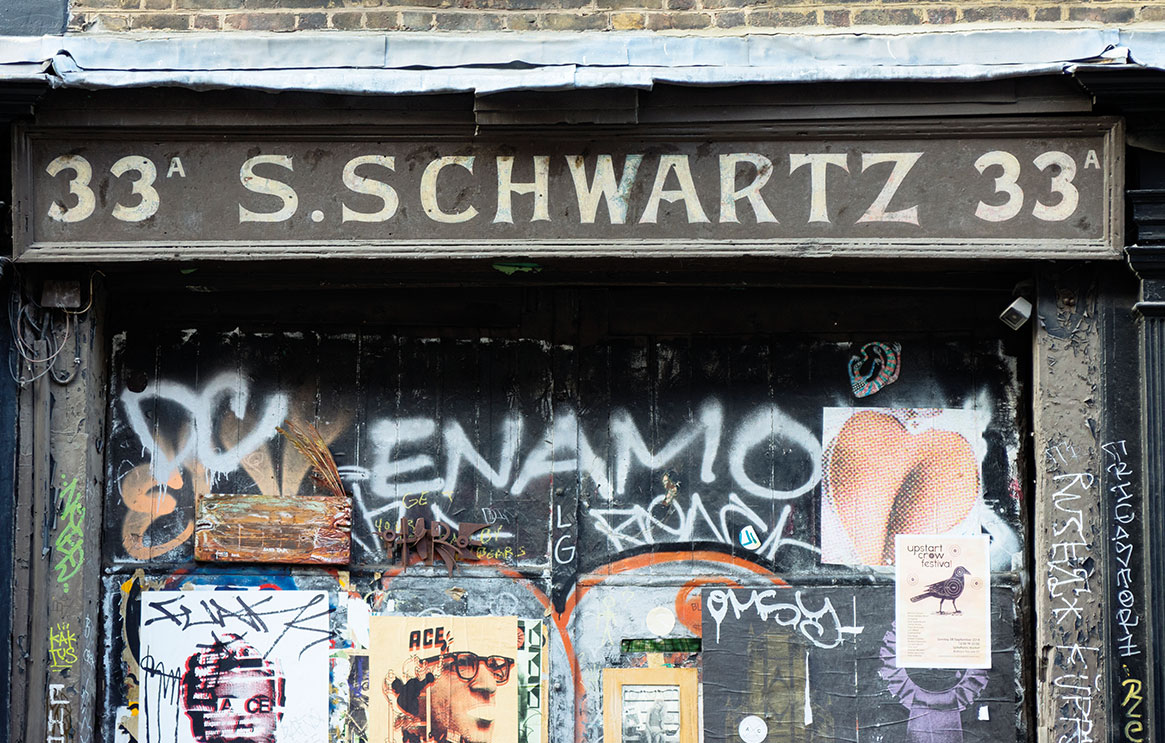 The Euston Arch is another great Cruickshank passion. He is a cofounder of the Euston Arch Trust, which campaigns to rebuild it. This was the largest Grecian Doric arch ever built, fronting London’s first intercity railway terminus at Euston. It was completed in 1838 but destroyed in the 1960s, despite widespread public outrage and strenuous efforts by early conservationists, including the poet John Betjeman.

“I desperately want to remember the Euston Arch,” he says, ”but I’m not sure that I really do.” He pauses, “I’m sure I do. ”The names of the destinations on the arch… so evocative… and now HS2 [the proposed High Speed Two railway from Euston to the West Midlands] may bring Euston to life again, so that failed campaign, weirdly, is becoming reality. That’s the way of the world, that’s the way things go.” 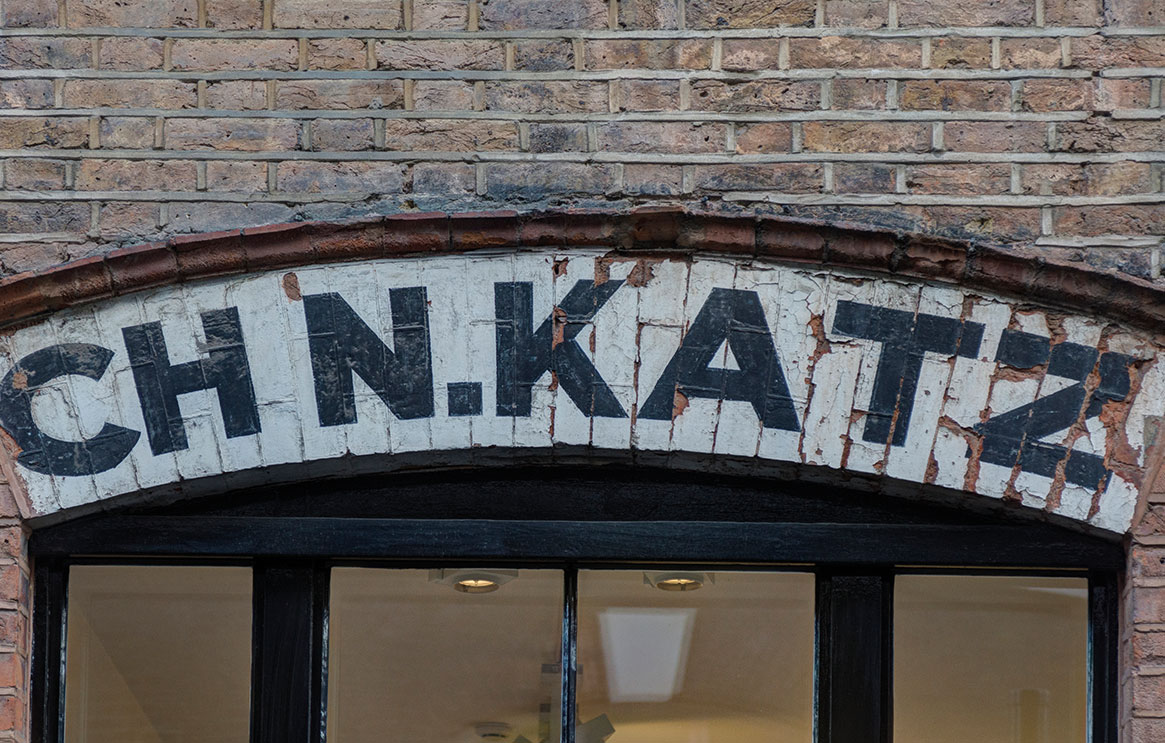 The Arch itself went, not quite into the Lea but into a canal near today’s Olympic Park. In the 1990s, Cruickshank and his team found a quarter of a giant fluted column there, its Yorkshire gritstone edges as sharp as the day they were quarried almost 200 years ago. Just before the London 2012 Olympics, they fished out over 20 more. 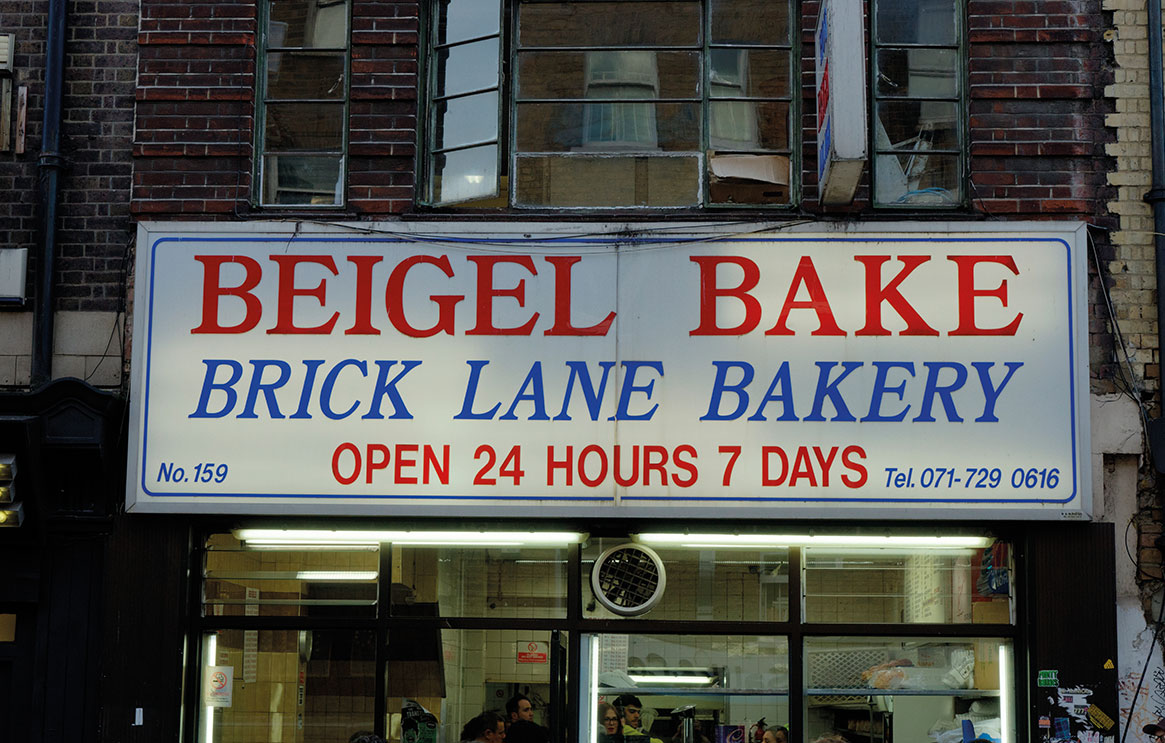 He speaks with enthusiasm – and gratitude – about his phase of filming abroad. Enthusiasm, because he saw extraordinary places and things: Yemen, Mali, Afghanistan, Syria, Iraq before and after the fall of Saddam, the Yazidis in Kurdistan. Gratitude because it is no longer – and may never be – possible to see them again in that volatile part of the world. Instead he is once again focusing close to home.

“In the 1960s, Spitalfields was a Georgian fragment on the edge of London,” he says. “The fruit and veg market was nocturnal, so that kept the developers away, but the historic buildings were just rotting. They were listed in the 1950s but they were going, house by house. The last square of 1730s merchant palaces went for a car park.”

With his friend and colleague Colin Amery, now director of the World Monuments Fund for Britain, he wrote a book called The Rape of Britain. A donor read it and gave them £10,000, so they set up the Spitalfields Historic Buildings Trust to try and save what was left.

Once British Land started its demolition, around 40 activists – architects, historians and people who cared about the area – squatted the remaining buildings. The papers called it the ‘Elder Street Siege’ and in the end, the developers relented and put the houses on the market. Cruickshank joined the queue and bought one for £15,000.

Since then the area, along with its house prices, has changed beyond belief. “It’s almost incomprehensible now,” he muses, “but no one came here unless they worked here, there were no tourists. The market gave it a dreadful authenticity; there were amazing sights and sounds, it was lurid, it was strange. There were pallets and boxes of food and strange people lived here and amongst it all were these rickety, gaunt, unloved Georgian terraces. Nobody wanted them.”

As he arrived, the last of the Jewish community was disappearing, and Bangladeshi newcomers were arriving. Sixty years earlier the area was 99% Jewish. Now, he says, there is ‘barely a shadow’ of the kosher delis and businesses that once stretched as far as Aldgate and Whitechapel. There was a synagogue in a back garden on Princelet Street, now it’s home to the Museum of Immigration. 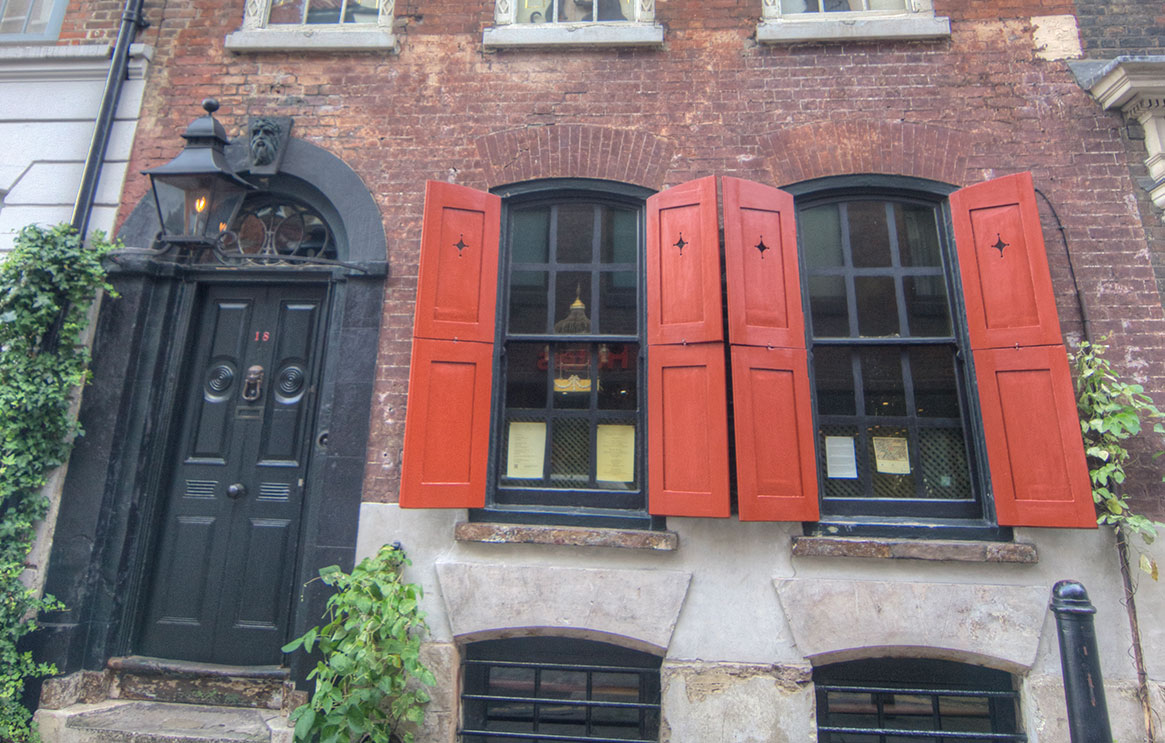 “I think I probably arrived at the perfect moment,” he says, “by the early 1980s the greedy lawyers and developers had been pushed away, Denis Severs’ museum was open, families were moving in and people were doing up places properly. The restaurants on Brick Lane were charming. All these victories are pyrrhic in the end, because developers are clever and cunning and they preserve a few buildings. The only people who can afford to live in them are the bankers.”

He notes that British Land are back in the area, redeveloping and rebranding a piece of land between Spitalfields and Shoreditch. He doesn’t seem bitter though, more philosophical. He observes that in the end, however hard you try, you realise that most things either go backwards or stay the same. You can’t always hold back the tide. 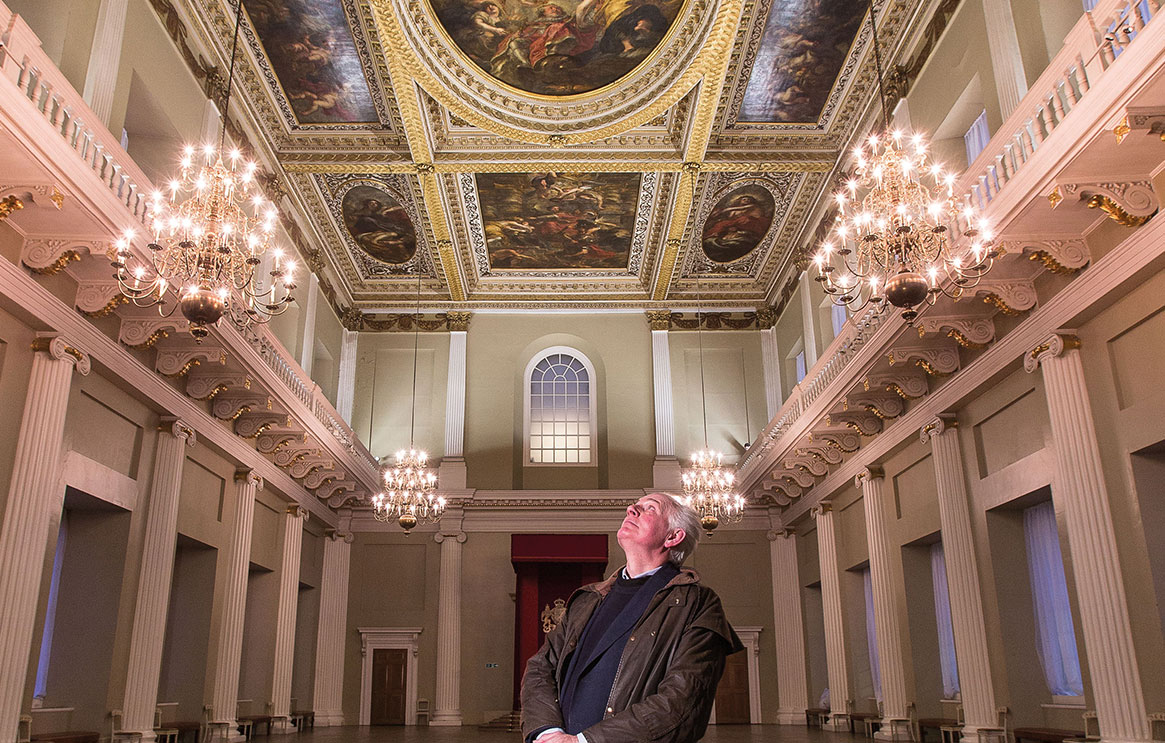 And on that note, he courteously brings the conversation to an end. He has a book to finish and a programme to do. “It’s about the Gilbert Scott dynasty of architects,” he says, “We’re calling it Great Scotts! of course.” Whisper it softly, it should be one to watch.