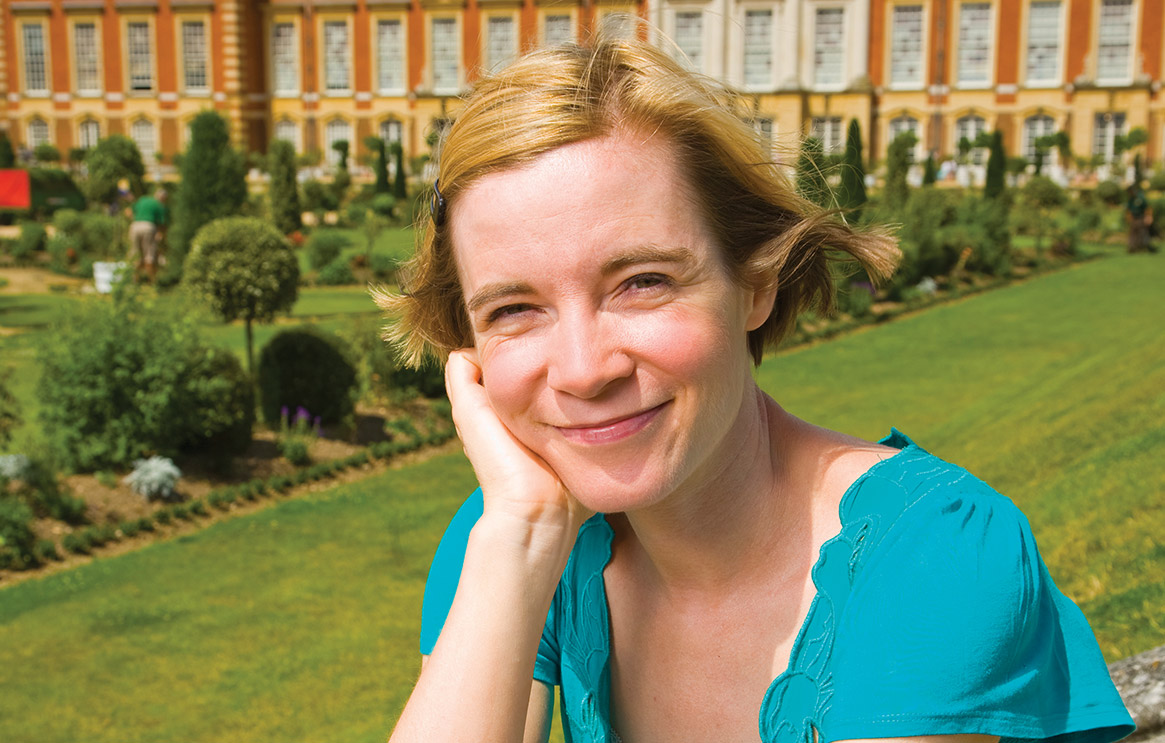 The Royal Guard saved Lucy Worsley from career disaster. Her final interview for the prestigious job as the head of Historic Royal Palaces took place at St James’s Palace. Arriving at the austere exterior she couldn’t find the entrance – the only person in sight was a bearskinned sentry.

Desperate not to be late, Worsley asked the soldier how to get in. He ignored her – royal sentries don’t speak to the public. After another futile attempt to locate the way in, she returned to the guard and begged for help. Taking sympathy, the soldier rolled his eyes in the direction of the doorway.

This anecdote sums up the Worsley style: passionate communication with anyone and everyone. When I meet her at Kensington Palace she leads me into a set of recently refurbished rooms – once Princess Margaret’s housekeeper’s apartments – and puts me at ease with a story about a Georgian dress exhibited in the corner.

So why did this energetic woman with her trademark blond demi-bob and colourful fashions want to get into the dark-suited world of curating. “When I was at school, history was the subject that seemed least like work and most like playing, but my dad’s a scientist who thinks we should cure cancer and save the world. So I studied sciences at A-level. After suffering a term of maths and chemistry, I swapped. My furious father insisted ‘you’ll only be fit to be a toilet cleaner if you do history’. So now I pay my mortgage with my degree – and occasionally clean toilets for social history research – I am rather chuffed.”

It was a trip to a National Trust house that steered her into the heritage industry: “I visited Mompesson House, and noticed people working there. It had never crossed my mind that there were jobs in these places. So I phoned all the stately homes near Oxford where I was at university and asked for a job. And a crazy, wonderful, funny little place called Milton Manor said: ‘Yes. Start on Monday’. So I became their tour guide, cup washer and factotum”.

Her stellar career went via English Heritage to Chief Curator at Historic Royal Palaces in 2003. She was young for the curatorial world, in her late 20s, and – as was noted at the time – a woman. But Worsley insists that it was an earlier generation of females who paved the way: “When Dame Ros Savill took over at the Wallace Collection in 1974 they had a discussion about whether she might have to use the typists’ toilets. Things have moved a long way since then.” Initially she found the palaces ‘a very intimidating place to come and work’. “I didn’t have anywhere to live in London, so they put me up in a little flat in Hampton Court, which used to be Henry VIII’s confectioner’s office in the Tudor kitchens. It was so cold, spooky and misty at night. I was living there thinking what have I got myself into?

“At that time there were problems with visitor numbers and finances. We don’t get money from government. All our income comes from tickets, shops, sponsors and events. Fortunately, we have turned things round and, touch wood, are doing OK at the moment.”

Worsley has certainly put her mark on Kensington Palace. Built in 1689, it has been home to some of the UK’s best-known royals, including Queen Victoria and Diana, Princess of Wales. But for all its pomp, much of the building was dark and gloomy. A sixyear refurbishment has changed that.

“The ticket office used to be in the Red Saloon, where young Queen Victoria first met her government,” Worsley explains. “An immensely important place, which looked like a cloakroom. So we opened up the space with a grand entrance. Visitors were  suffering from chronological indigestion, because everything was out of sequence. Now it follows a logical pattern.”

“But the greatest challenge is telling the story of the buildings, through exhibitions, multimedia, guided tours or theatrical performances.” Worsley is a passionate advocate for the actors/interpreters who spend the whole day in character as a historic figure from the palaces. She does a regular ‘interview’ with Hampton Court’s resident Henry VIII. “It’s fantastic; he answers questions as Henry for over an hour.”

Worsley’s unashamed popularising has opened her up to criticism of dumbing down. She explained her approach during a debate at the National Trust AGM. “It was a bit scary. Seven hundred passionate connoisseurs, who would be happy if we just let people wander round with no explanations. Unfortunately we can’t rely on this small group to keep these buildings open. We have to reach out to what we call the ‘cool rejecters’, a younger audience who may have never stepped inside a museum or historic house. We have to attract them away from football, Facebook or television.”

Ironically, one way of luring them away from television is for Worsley to appear on their screens. She was spotted by a BBC producer and auditioned for a series looking at the history of the British home. “I went round to her house and sat in her bed talking about 17th century childbirth.” She presented the three-part series ‘If Walls Could Talk’ like a media natural, but Worsley says: “I didn’t have a clue what I was doing or how it would work. But it appealed to a slightly narcissistic aspect of my character. I am an incorrigible show off.” 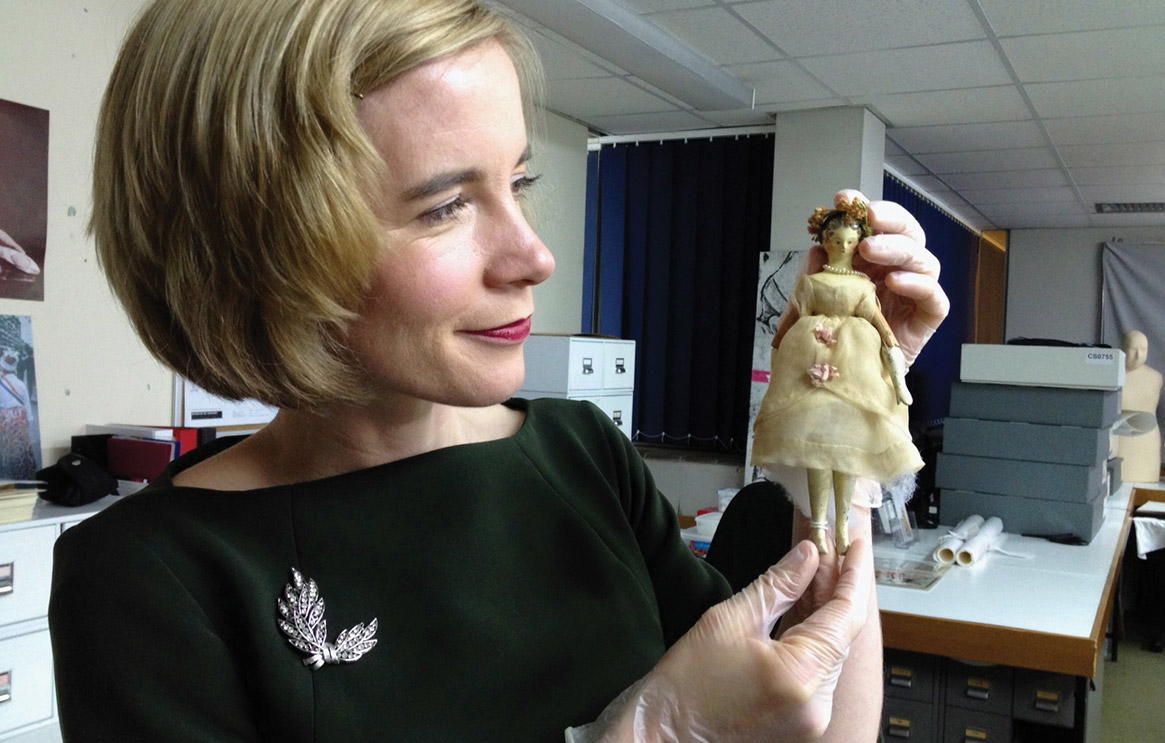 Worsley is the antithesis of the talking-head TV historian, throwing herself into the upstairs/downstairs of British history; at one moment poshing  up in Georgian dresses to illustrate how clothes dictated women’s behaviour, then getting down and dirty with the masses as a Tudor char woman cleaning shirts with human urine. 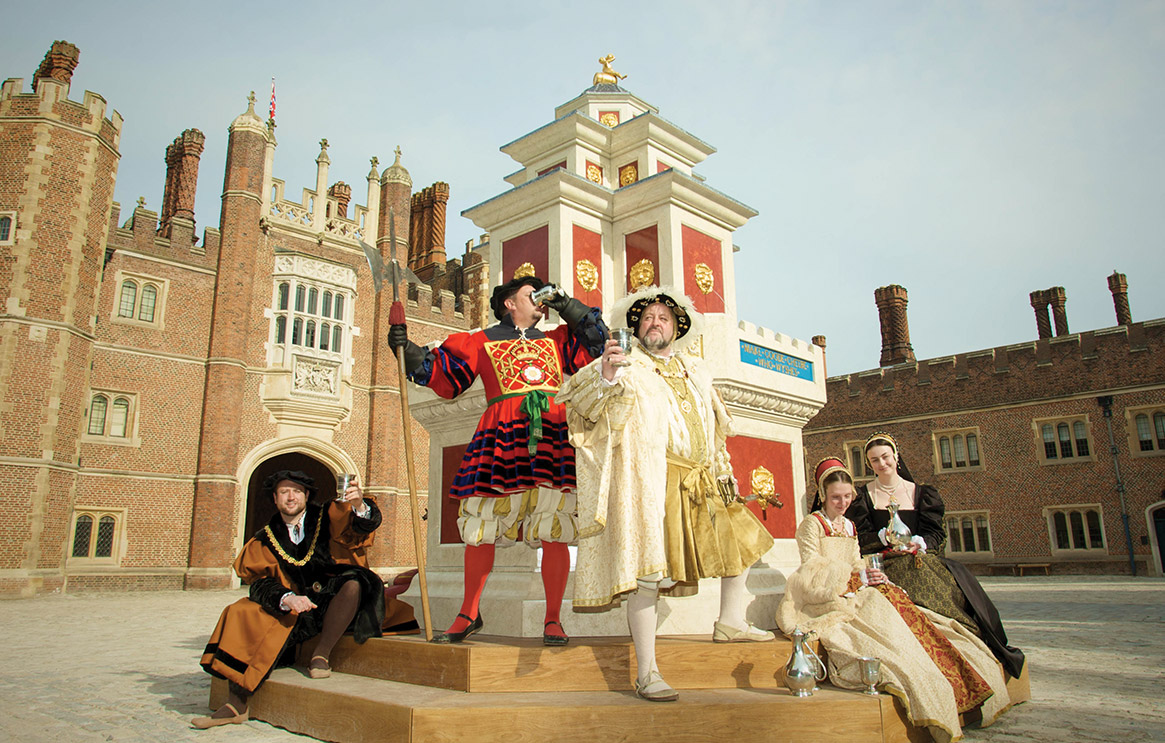 And if there was any thought that this is simply playing with a BBC budget dressing up box, she went a whole week without washing to see how it would feel to be a 16th century worker. The reward was a bath in Claridge’s hotel.

For Worsley the devil is in the historic detail. “I tend to gravitate to the nittygritty, mucky part of life. What did people wear, how did it smell, what did it sound like, how did they go to the toilet? By being as active as possible, and putting together enough clues – from how you drink tea to how you open a jam jar, you create the bigger picture that illustrates how society worked.” 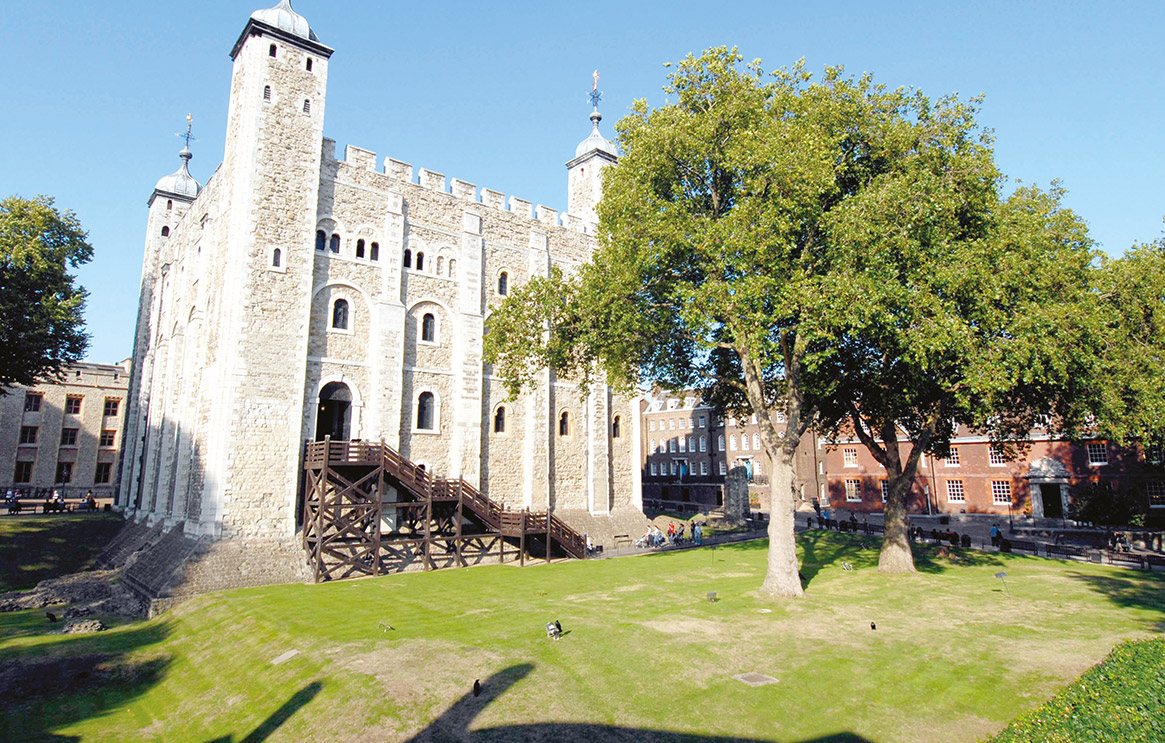 She is currently filming another BBC series called ‘Fit to Rule’. “I am practising saying that title, it’s a problem for me [she pronounces the letter R as a W]. We look at how kings’ and queens’ characters and personal lives influenced the monarchy. So how did Henry VIII’s persona impact on his rule? We finish in 1936 with Edward VIII, whose love life forced him to abdicate, changing the direction of the monarchy.”

Worsley’s grand plan is that her profile as a TV presenter will encourage more people to visit historic buildings. “I passionately believe that an understanding of history will enrich people’s lives, and even make them happier. Curators tend to think we are the most important people in the world because we are here and now and are changing things; but we are just a blip along the way. For our buildings the timescale is millennia.”

Home to the British Royal family since the 17th century. The state rooms follow the stories of its residents, from William and Mary to Queen Victoria.

A riverside Tudor palace for Henry VIII, enlarged in the 17th century.

THE TOWER OF LONDON

Founded in 1066, this medieval fortress on the Thames has served as a royal residence, prison and execution site – home to the Crown Jewels.

In Kew Gardens on the banks of the Thames.

Built in 1619, this is the only remaining building of the Palace of Whitehall.