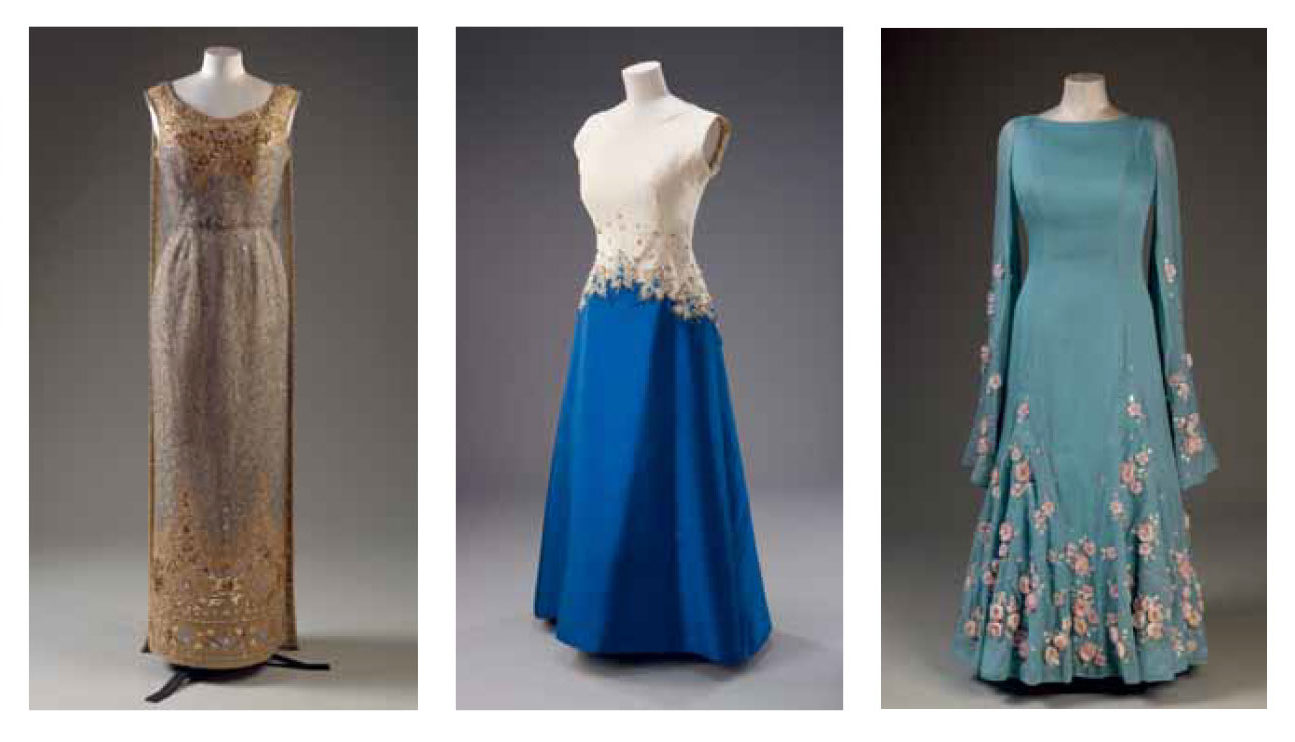 The exhibition for the annual summer opening of Buckingham Palace celebrates ‘90 Years of Style’ from HMQ’s Wardrobe. Described as the largest display of the Queen’s dress ever mounted, it includes over 150 outfits displayed at all three royal residences – the content changing for each location. Buckingham Palace – the setting for many state and family occasions during the Queen’s life – focuses on fashions from the 1920s to the 2010s. The palace exhibition illustrates the unique requirements of royal couture; from ceremonial and military attire to ensembles worn at family weddings and christenings. It includes outfits from the Queen’s early childhood, her wedding and the coronation, as well as wardrobes created for royal tours and state visits.

Fashioning a Reign also looks at the Queen’s support of British couture and millinery, with important works from celebrated designers, including Sir Norman Hartnell, Sir Hardy Amies and Ian Thomas. The three exhibitions are at Holyrood House, Edinburgh from April to October 2016, Buckingham Palace, London from August to September 2016 and Windsor Castle from September to January 2017. For tickets and information visit www.royalcollection.org.uk