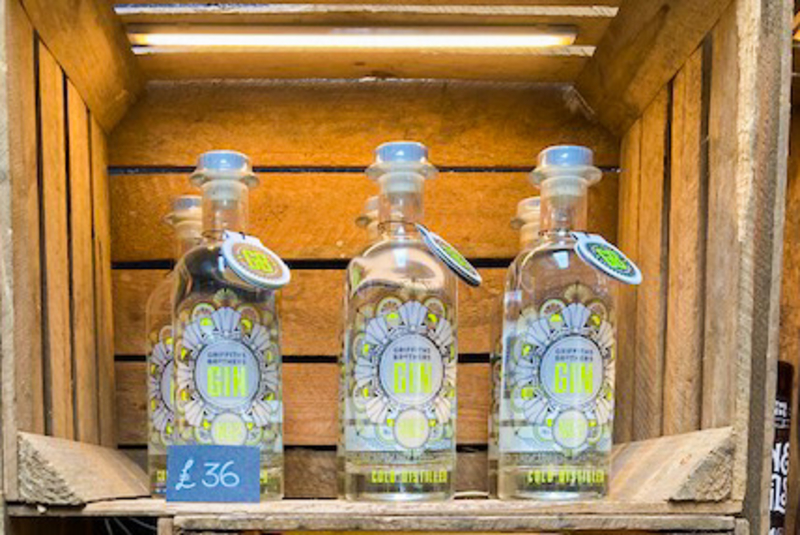 Isn’t it funny how you can almost always count on hearing a few “oo’s” and “aah’s” when you mention during a tour that you’re going to stop somewhere to do a “tasting”?!

As it was World Gin Day on Saturday 12th June, and tour guides love telling stories, I thought I would write about three gin producers just a skip (and probably a trip!) from my doorstep where great-tasting gin is created and which also have really interesting stories behind them.

The first is in Marlow, my home town and is called THE MARLOW DISTILLERY. Marlow Distillery is one of the smallest distilleries I’ve ever seen, but they have a big heart! The fact that they are based alongside the magnificent 18th century Marlow Place is enough to make anyone curious; then you hear that their stills are called “Matilda” and “Alice”, and if you know the significance of these names, then there is great reason to smile. Queen Matilda was gifted the manor of Marlow by her husband William the Conqueror and Alice was Alice Borlase, great grand-daughter of William Borlase who founded Marlow’s William Borlase school in 1624. Interestingly, Alice was the grand lady who had Marlow Place built in 1730. I wonder what she would think about having a gin still named after her?

Marlow Distillery makes 3 gins, one of which is an IWSC (International Wine and Spirit Competition) Silver Award winner – not bad for a company only founded a couple of years ago!
From the distillery, it’s only a 5 minute walk to the Thames down St Peter’s Street, past the Catholic church which contains a mysterious mummified hand as one of its treasures, and a pub called the Two Brewers which you might have seen on TV in an episode of Midsomer Murders! But those are other stories you’ll need to ask me about! 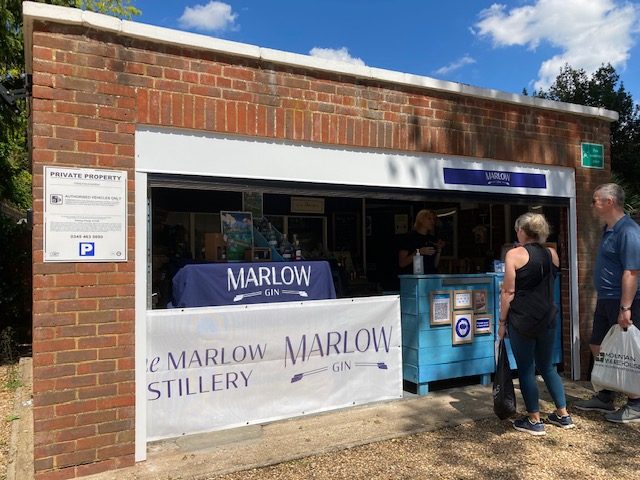 The second producer is HOBBS OF HENLEY, in Henley-on-Thames, just a jaunt along the river from Marlow. They can be found at the boatyard near the river bridge. “Boatyard?” I hear you say. Well, yes, there is no distillery on the premises, as it’s full of boats (!) but there is a very good story!!

This gin, called MR HOBBS, comes from a recipe dating back to 1870 and was discovered somewhat by accident by the current owners, Jonnie Hobbs and his wife Suzy, whilst rummaging about in the archives. The recipe belonged to Harry Hobbs, Jonnie’s great great grandfather, the founder of Hobbs of Henley, who was the publican of The Ship Hotel, owned boats and used to distil his own gin at home. He was a very gregarious and flamboyant character with a bushy beard, not averse to going out with a bottle on the river and throwing parties on the banks of the Thames. Henley is a very sociable town, with lively events going on all year and lots of eating and drinking going on – how could they not share a recipe concocted by such a sociable man. So that’s how MR HOBBS gin came about. But to make the occasion of drinking this gin even more memorable, and not forgetting the boats, you can go on a 5-course gin-tasting cruise! What a brilliant idea! The scenery around the river at Henley is spectacular so during the cruise, make sure you don’t forget to look out of the windows! In case of temporary loss of balance, there are some very capable crew aboard to help anyone disembark if necessary…

There are 4 gins to taste from: the original 1870 recipe, a modern recipe celebrating 150 years of the company, a raspberry and elderflower gin and rhubarb and ginger gin.

I often provide commentary for boat cruises in Henley, but I somehow think that my services would be obsolete during the gin cruise! 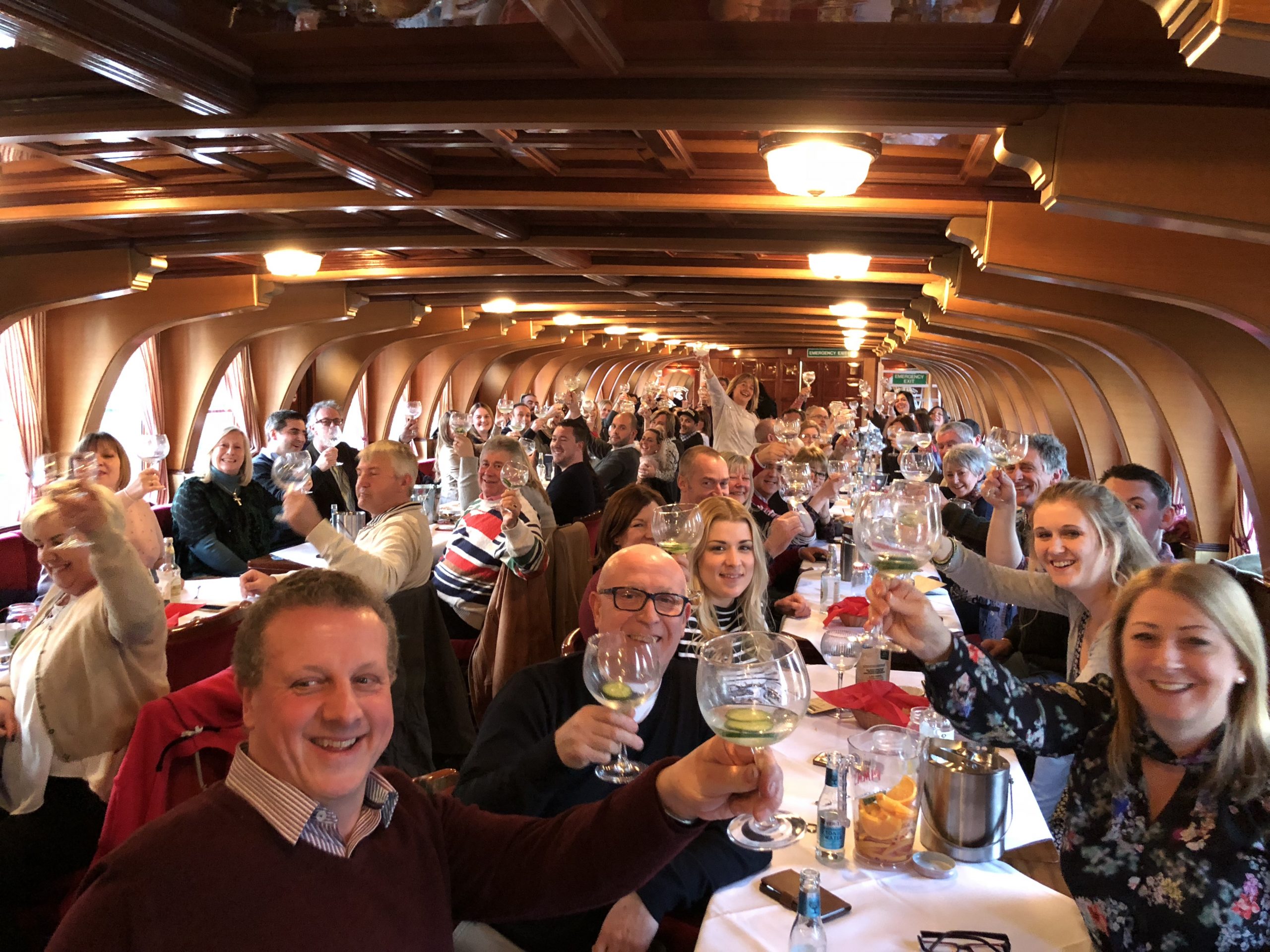 The third producer is at Penn Street, in the Chiltern Hills, called GRIFFITHS BROTHERS. This distillery is just a few miles outside the famous furniture-making town of High Wycombe and has a very interesting story associated with furniture and also the production of aircraft during the 2nd world war.

The distillery started as the result of the two Griffiths brothers challenging each other to make a gin for Christmas, blossoming into Buckinghamshire’s first micro distillery in 2017.

Where could they find premises? Through a family friend they obtained space in a former factory which had been converted into industrial units. But this factory was no normal factory; it had a fascinating history.

A downturn in business at the end of the 1930s prompted the owners to change tack and, through a clever bit of networking, they made a deal with Geoffrey De Havilland (who was born in the area) to provide the woodworking expertise to build Tiger Moth aeroplane parts, a contract which was to take over the whole factory during World War 2 when they also made parts for the Mosquito plane (wing skins, spars, fittings and assemblies).

Despite getting the Government contract for making chairs for schools after World War 2, the development of plastic furniture was their downfall and Dancer and Hearne closed down in 1970.

The Griffiths brothers named one of their gins “Mosquito” as a nod to the building’s aircraft heritage. A tight-knit team of 7 people makes and bottles 3 standard gins and 4 limited editions, but “standard”, they aren’t – one won a Gold Medal at the San Francisco World Spirits Competition (it was in the top 40 out of 1,700 gins world-wide) – not bad for a company founded only 4 years ago! I love the names of their stills: “Roberta”, “Aretha” and “Amy” named after three great women of music: Flack, Franklin and Winehouse. 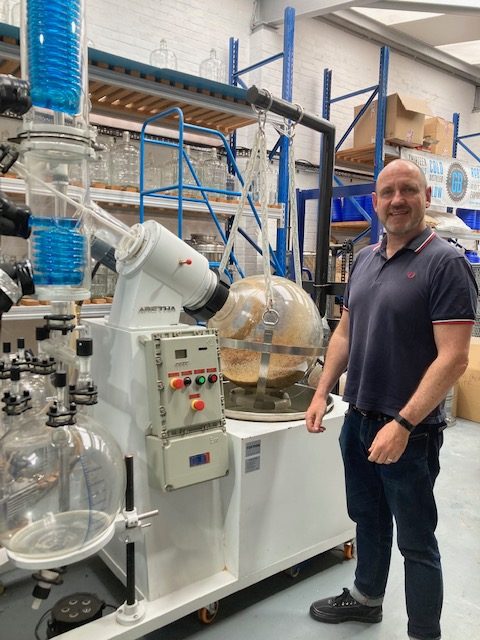 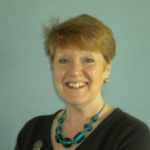