Mr Londoner, once described by his wife as an un-reconstituted car bore, concedes, reluctantly, that he’s come to the end of road.

Who could fail to be seduced by the endlessly sweeping lines of the Jaguar E-Type? This was the vehicle that none other than Enzo Ferrari described as the most beautiful car in the world.

And I certainly couldn’t resist a spin in James Bond’s Aston Martin DB5, if 007 happened to offer me a ride. A 1960s Morris Mini – that classless and fab symbol of swinging London – is just to die for. And I also quite fancy that Land Rover Defender Hugh Grant’s mates had in Four Weddings and Funeral. 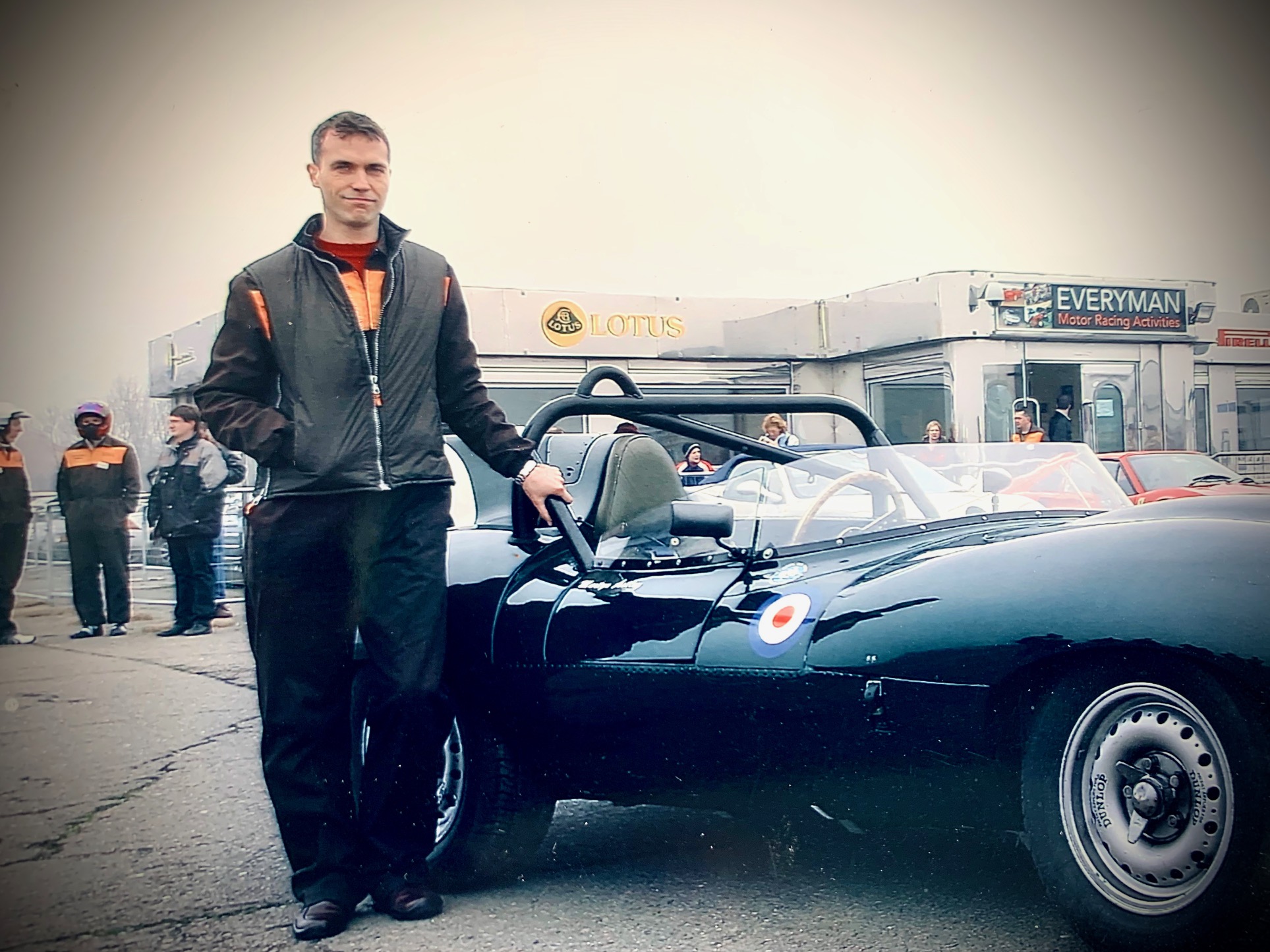 Days of speed. Mr Londoner with a rare Jaguar D-Type. Image by @Meetmrlondoner

People don’t perhaps associate the Metropolis with the manufacture of trains, ‘planes and automobiles. All the cars I’ve just listed were made north of the capital. But London has a long association with the rise and rise of the internal combustion engine. 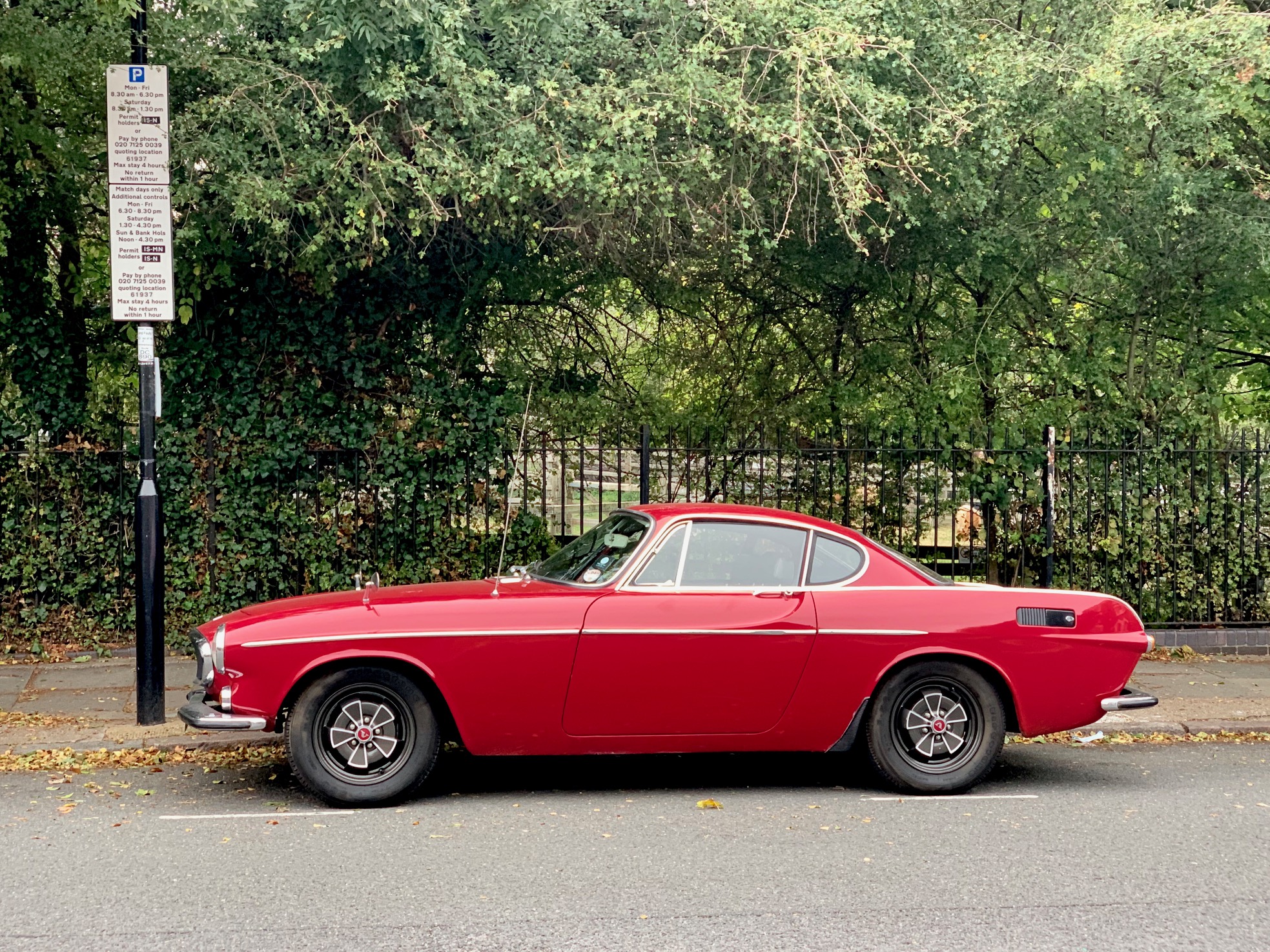 Look hard enough in Covent Garden and you can still find signs of the neighbourhood’s former life, not just as a vegetable market, but as a carriage maker. Armstrong Siddeley’s Connaught Works was on Long Acre. The company made luxury motors and, later, aero engines. Today Long Acre is home to London’s Brompton Showroom. Brompton’s clever fold-up bicycles are made in Brentford and it’s notable that the company is today the capital’s only mass transport manufacturer.

HJ Mulliners, who provided the earliest car bodies for Rolls Royce, began operations in Bedford Park, Chiswick, in 1897. In these early years of motoring, manufacturers made the running gear and engine and mounted it on a chassis. The ‘vehicle’ – such as it was – then went to the body shop. These coachworks built the car up, often to a client’s exacting needs. This is why early cars look like the horse-drawn coaches of the previous century. 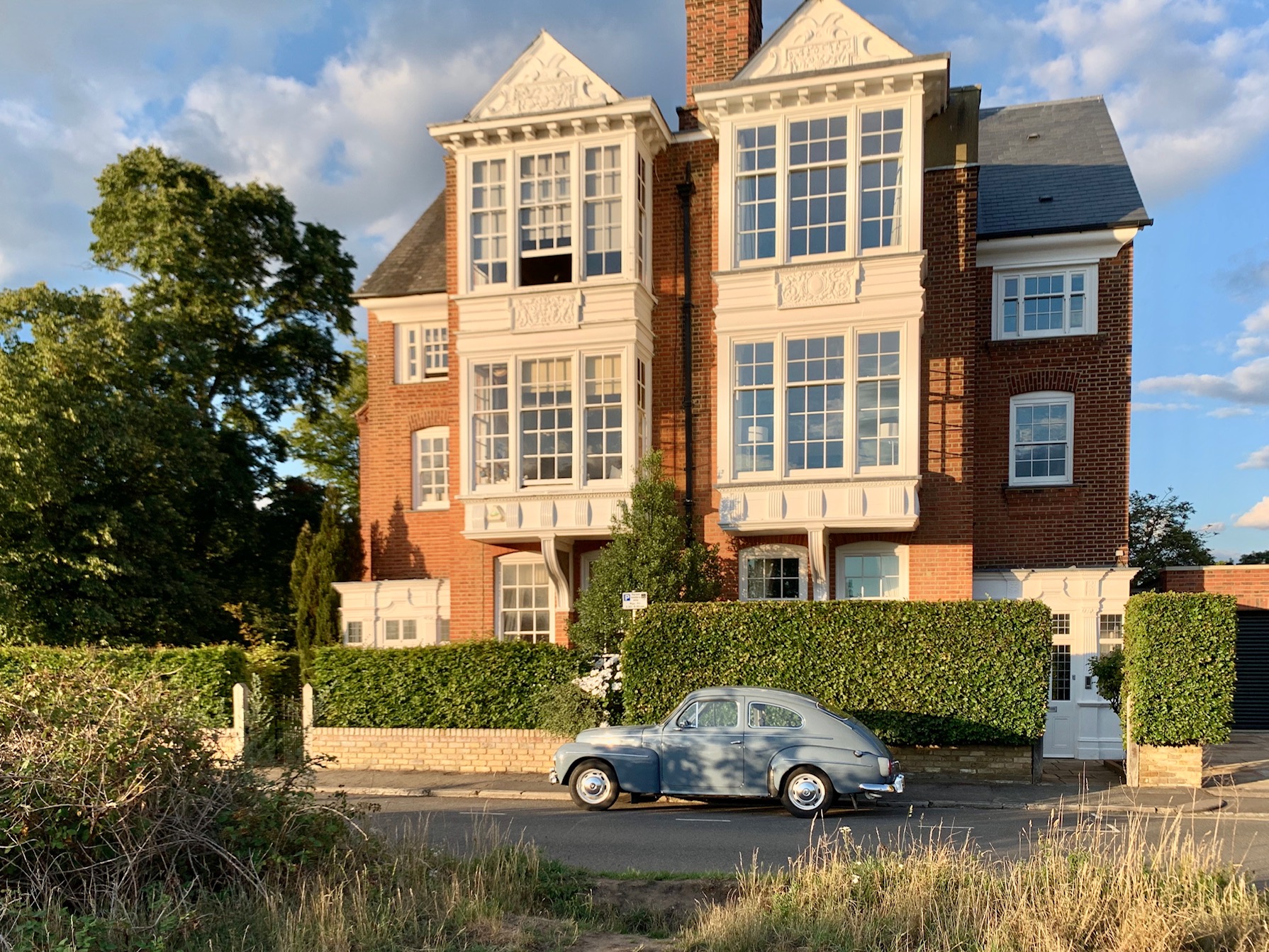 Fulham’s Bibendum Building was purpose-built for Michelin Tyres. It’s now the Conran Shop, selling hi-end furniture and homewares. The brand’s King’s Road outpost was once the Bluebird garage, part-owned by world land-speed record holder Malcolm Campbell. Another land speed record-breaker was Anglo-American aristo Henry O’Neal de Hane Segrave. He lived in Marylebone and built his futuristic Sunbeam racer – the Golden Arrow – at the KLG Works at Putney Vale. KLG was once famous for its spark plugs but the works are now long gone, replaced by a supermarket. The Golden Arrow survives however. It’s in the Motor Museum at Beaulieu, Hampshire, nestled in the New Forest. It’s worth a day trip – probably best to drive there. 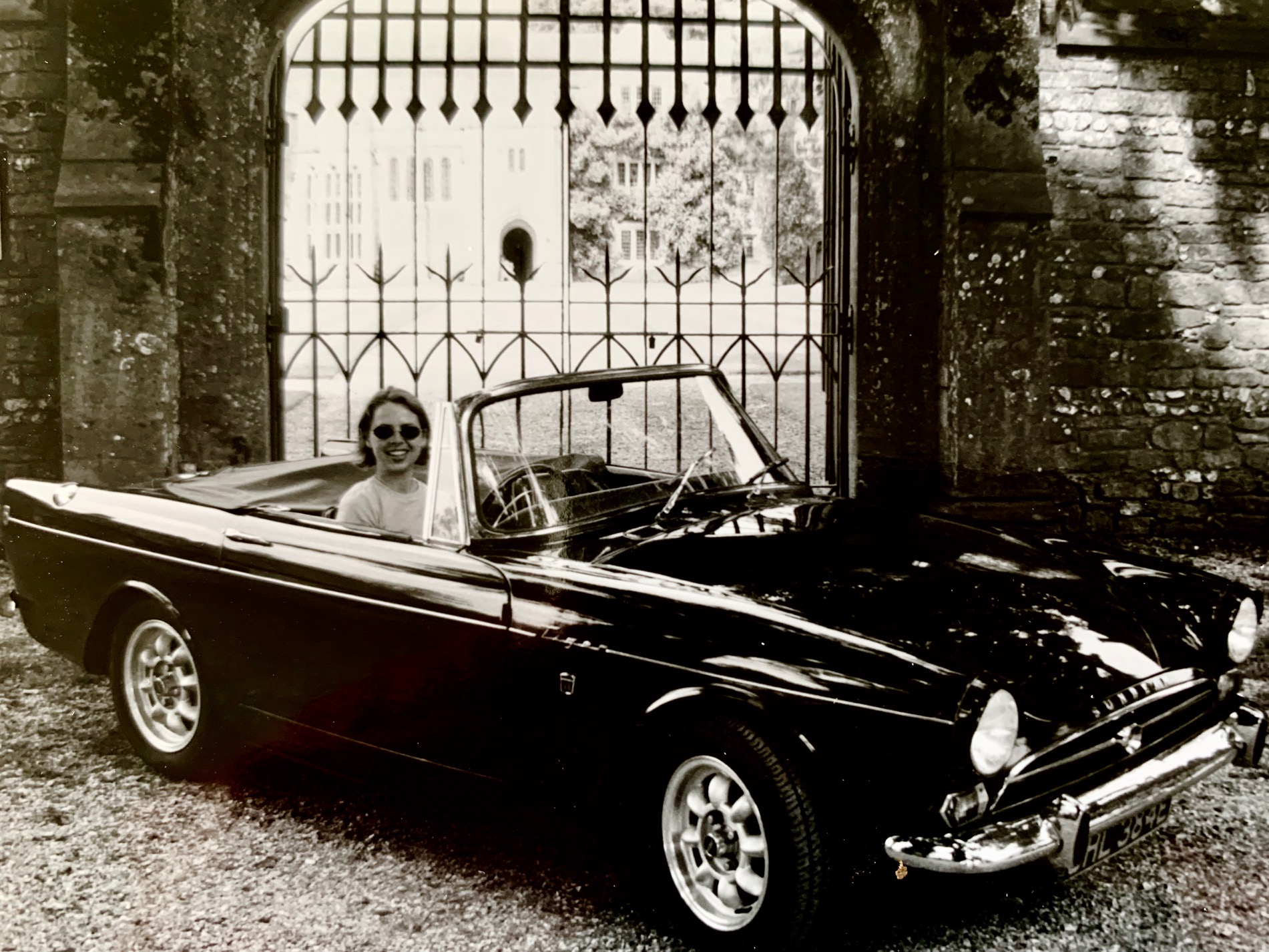 As a teenager in the outer London suburbs in the 1980s the car represented liberation to me. I was desperate to pass my driving test and hang up those bike clips. Thirty years later however, I’m back on the bike. If you live in central London, getting round by cycle is the quickest and cheapest way to do it. With the right kit and a well-maintained machine, this can be an all-year round option. As the Dutch say ‘You can cycle in the rain. You’re not made of sugar’. 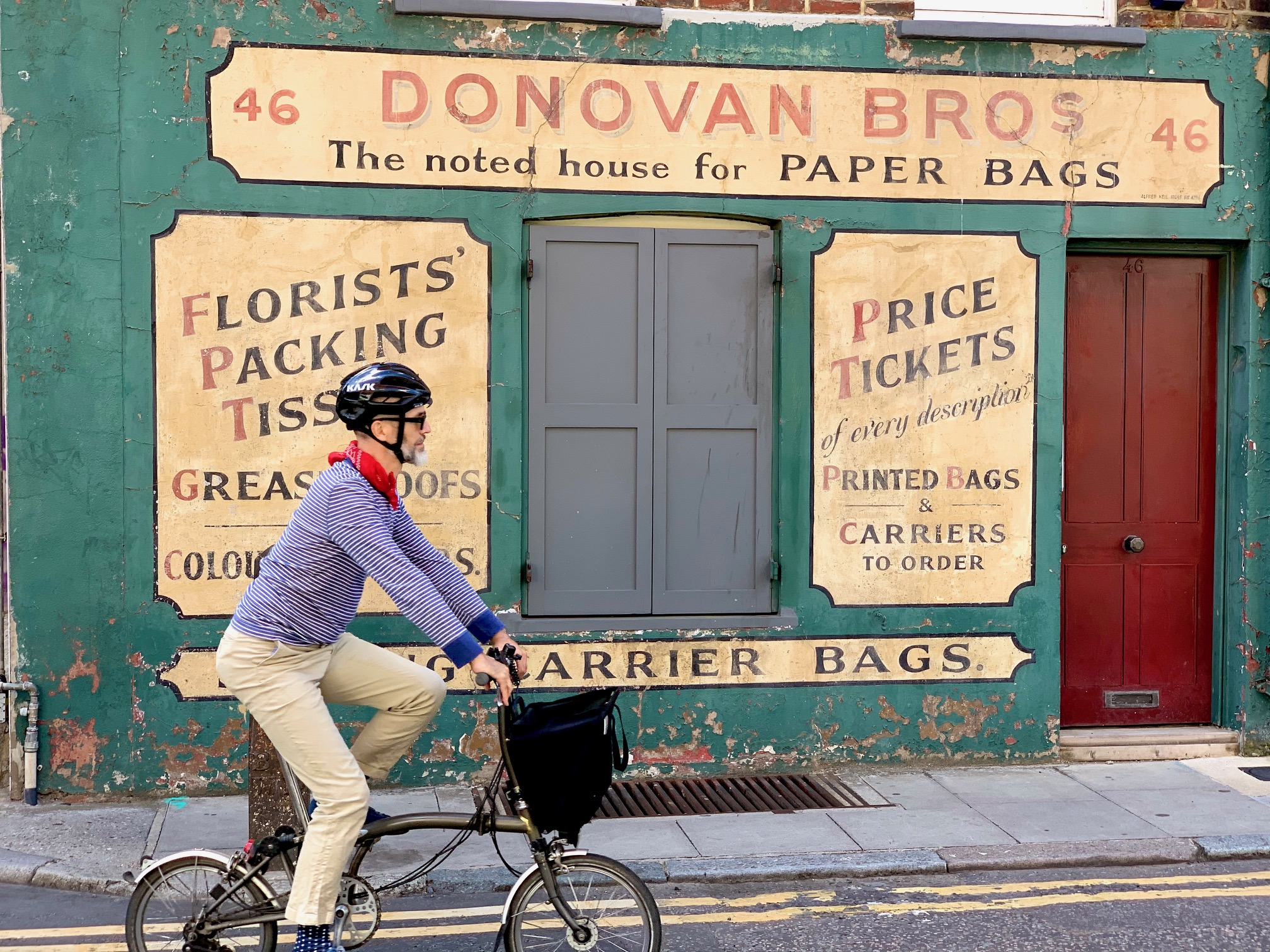 On your bike. Mr Londoner in Spitalfields. Photo by @Meetmrlondoner

To encourage cycling and discourage motoring, a suite of environmental measures are being inacted. London’s Ultra Low Emission Zone (ULEZ) is being extended. It operates 24 hours-a-day, all year round – except Christmas Day. Its introduction follows the 2003 launch of the Congestion Charge. Despite the Charge’s success in reducing traffic, emissions nevertheless remain dangerously high in the capital, especially along main roads. Buses are getting greener. So are cars, with the increase of electric vehicles and infrastructure on our streets. New segregated cycle lanes are going in too. Better cycling infrastructure encourages timid would-be cyclists on to two wheels. These, however, are expensive interventions, often requiring considerable planning and complex engineering solutions. They also tend to attract criticism in the more conservative elements of the media. 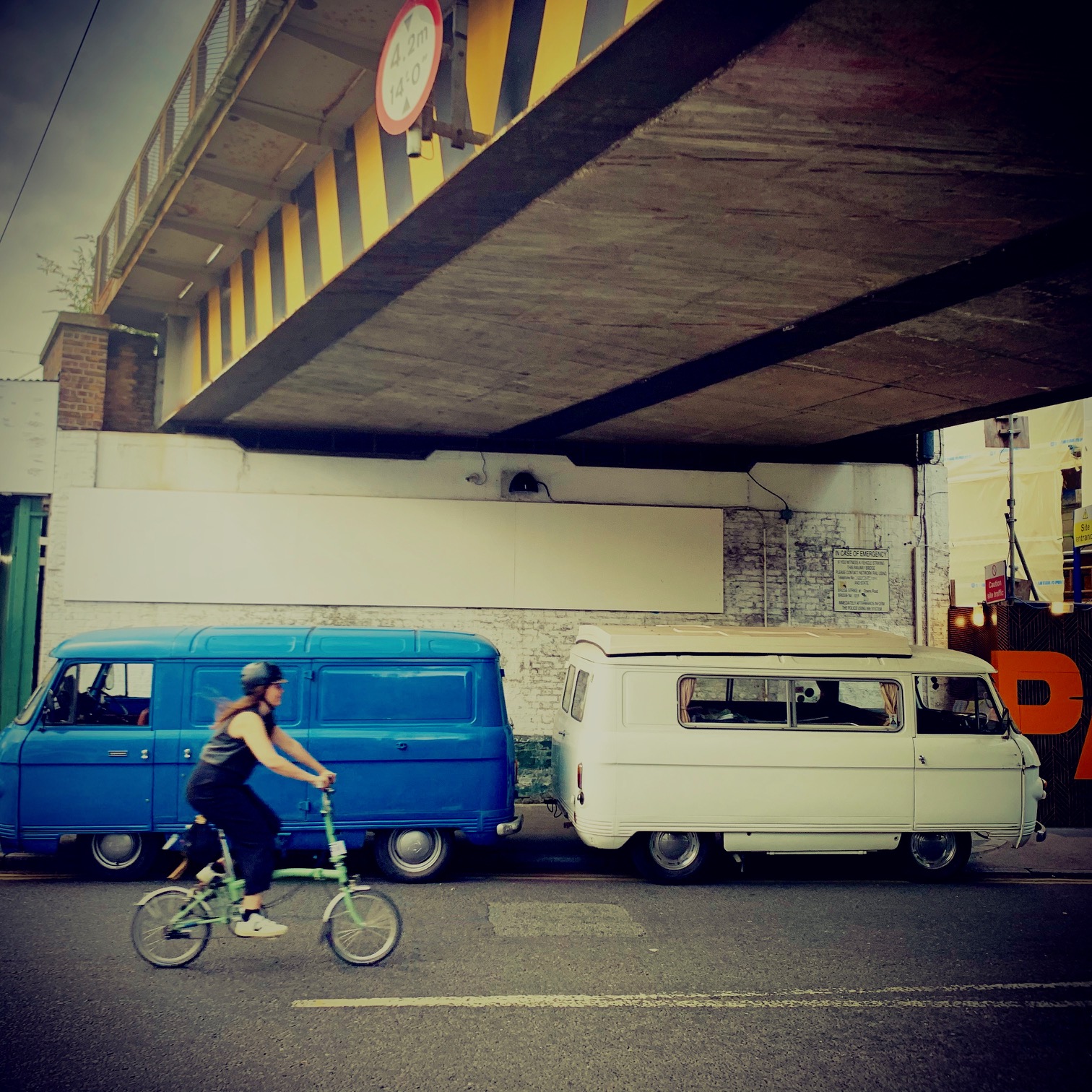 The pandemic has given many of us time to pause and re-evaluate how we live our lives. London’s Low Traffic neighbourhoods are one response to them. Many of the capital’s boroughs are limiting entry to certain streets to stop them becoming rat-runs and to slow down speeding traffic. Planters and trees are replacing polluting vehicles. The benefits sought are to cut down car usage, increase walking and cycling and – possibly – even reduce street crime into the bargain. Cars, vans and lorries have dominated our public realm since the dawn of motoring and reversing the tide is bound to create some opposition. Many councils are going to run the schemes for 12 months, conduct research and then review the situation. 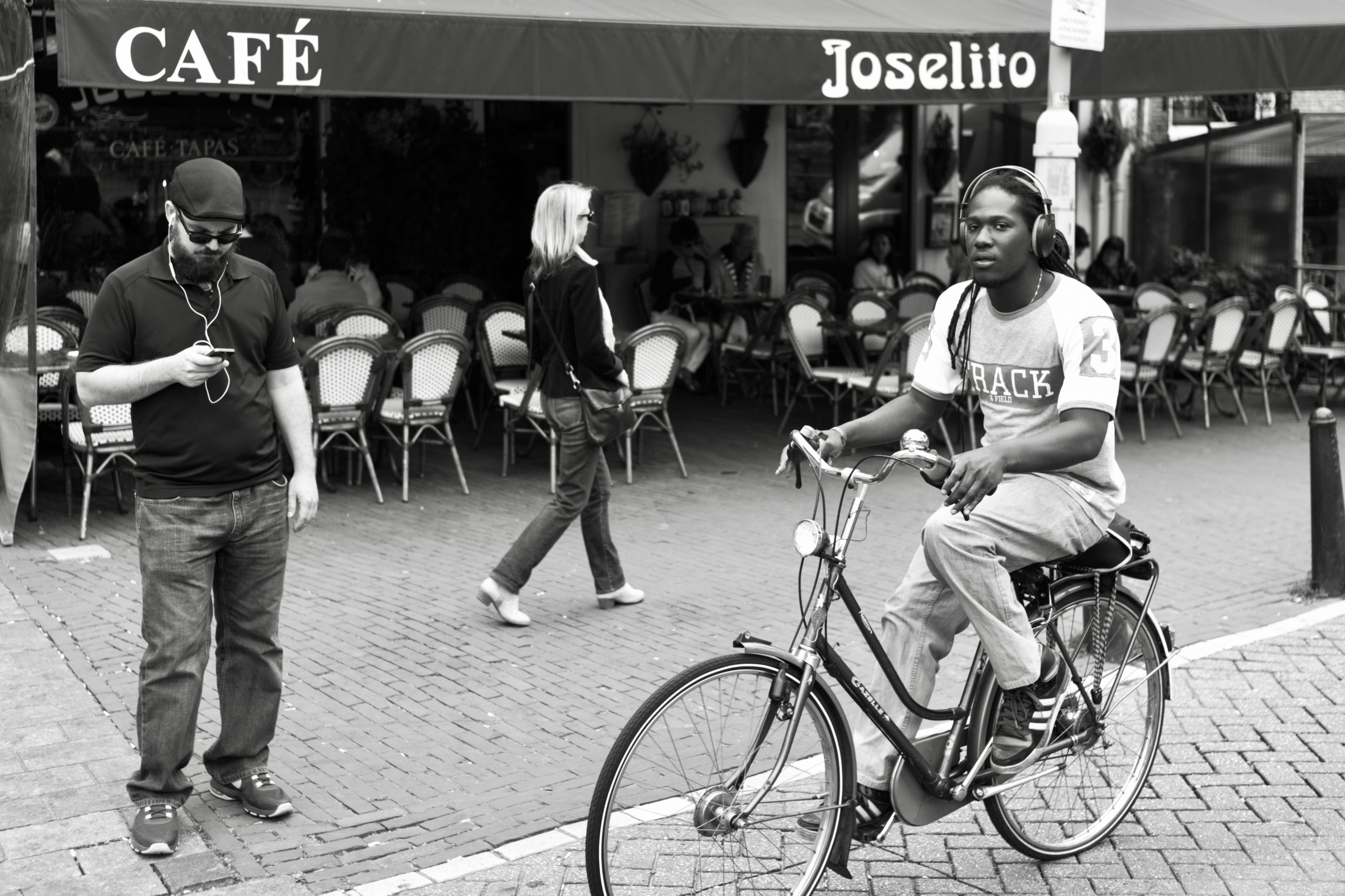 London is embracing the bike culture that is at the heart of city life in Amsterdam. Photo by @Meetmrlondoner

The city can’t take any more cars. The more roads we build, the more cars arrive to fill them. Just one, relatively modern and well-maintained vehicle being driven quite reasonably produces a huge amount of pollution. You’ll have noticed this yourself as you smell the emissions from just one vehicle in an otherwise empty street. On cold and windless winter mornings in particular, the fumes just hang in the air. 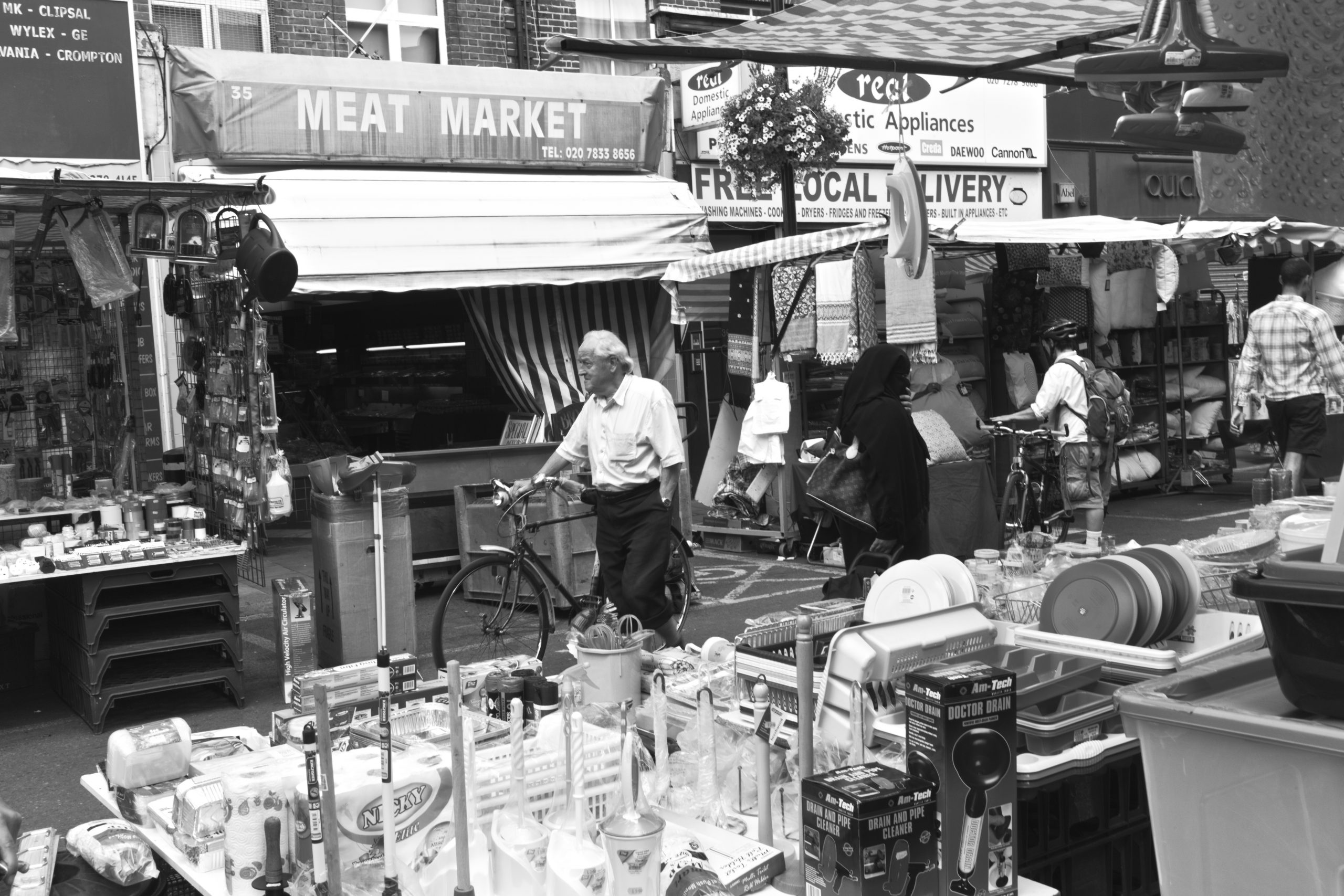 Early research by the University of Westminster’s Professor of Transport, Rachel Aldred, indicates that these relatively cheap and easy-to-install measures can deliver dramatic results, quite quickly. Car advertisers, on the other hand, are keen to push an image of chic-looking SUVs barreling along empty city streets but we all know the reality is quite different. And the cars just keep coming. The Mayor of London’s ambitious commitments to turn London into a carbon neutral city by 2030 mean radical – possibly controversial – action is needed.