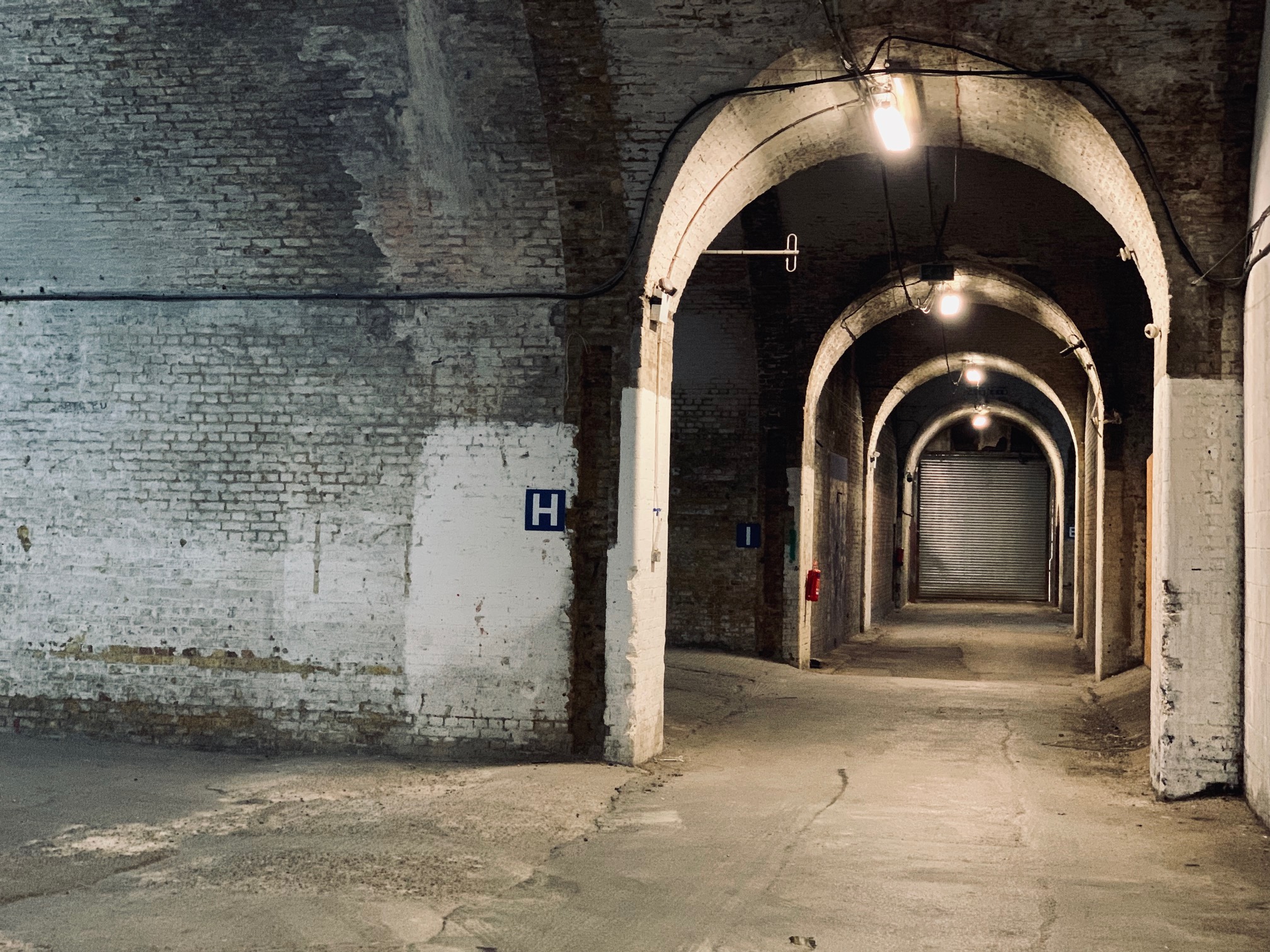 Mighty viaducts, designed and built by Victorian engineers, snake across our city. They ooze Victorian aspiration, pride and confidence. This is just as well really – because this 19th century industrial network still carries the tubes, trains and roads that keep our Metropolis moving.

Some, like the glorious 1869 Holborn Viaduct, were opened by Queen Victoria and are resplendent in brightly-painted heraldic motifs and gilding. This grand engineering was the world’s first flyover. Most of our viaducts however are less about drama and dragons. They offer instead something more low-key, but equally solid and re-assuring. 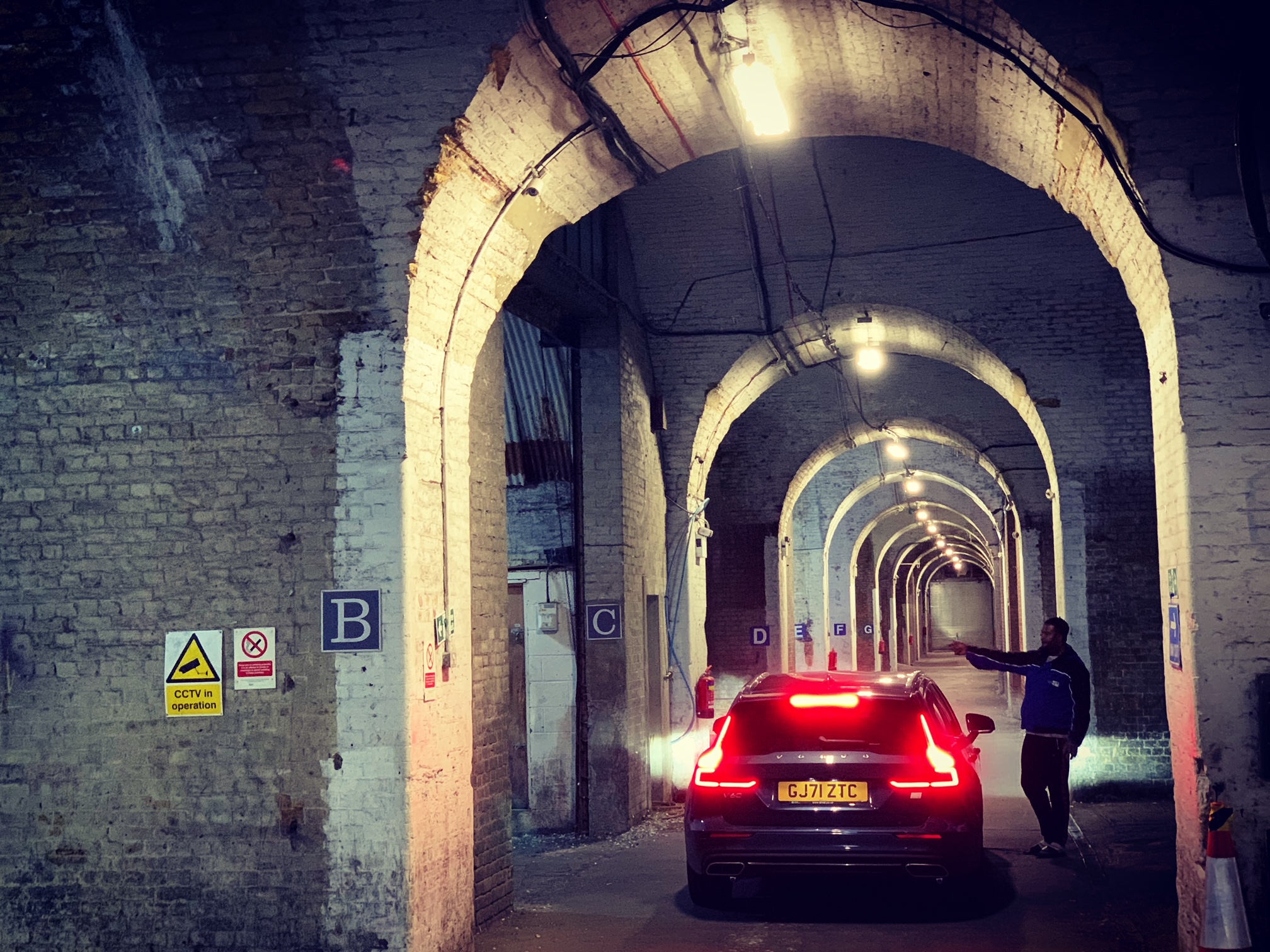 The viaducts running in and out of London Bridge station and its network of yards and sidings has a name – the Low Line. This is a playful take on the High Line, that transformed Manhattan’s West Side in 2009, when a disused railway was reimagined as an elevated urban park. Bankside’s railway lines however are still very much a going concern, transporting thousands of rail passengers every day.

The role of the Low line – at least at its business end up on high – is then very clear. But what about the space below? In days gone by, London’s railway arches were dominated by light engineering. Scruffy, independently-owned garages are now becoming something of a rarity. They speak to an age when most motors could be fixed by someone with a knack, rather than a computer. Railway arches also made excellent film and TV locations. The warehouse in Bankside’s Park Street was the drug den in Guy Ritchie’s 1998 film Lock, Stock and Two Smoking Barrels. In the 1980s TV classic Minder lovable rogue, Arthur Daley, traded his ill-gotten goods from his ‘lock-up’ in a railway arch in West London. 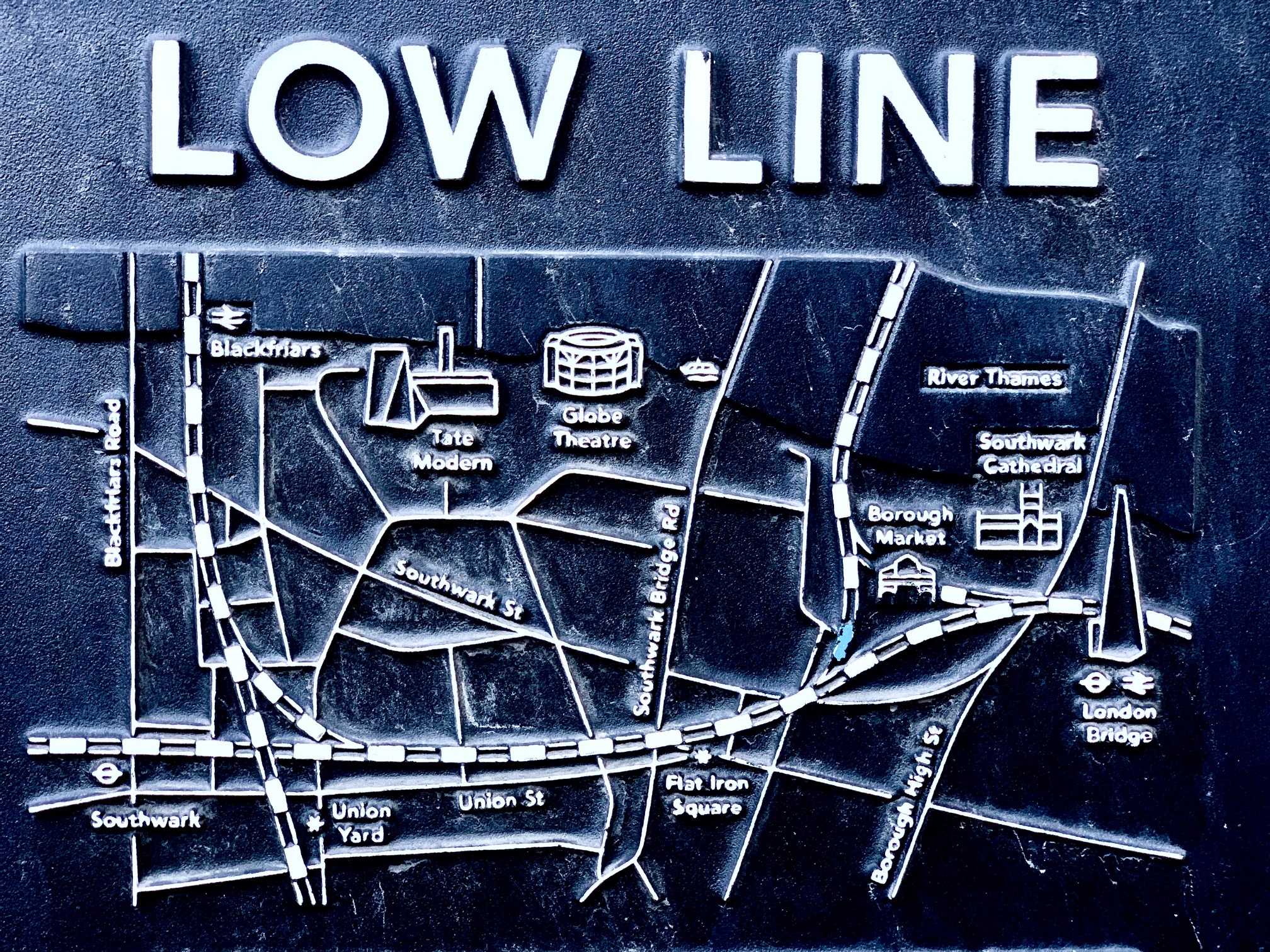 Following the challenges of the pandemic these historic and atmospheric spaces now need a re-think. Better Bankside is the BID (business improvement district to you and me) that seeks an altogether greener and more creative set of solutions for this corner of the capital. Val Beirne is Better Bankside’s Urban Forest Manager and leads on the project. “The Low Line, as an idea was conceived locally and is rooted firmly in our community. This is a project that is human in its scale, very much of the city, not above the city.” Val says. 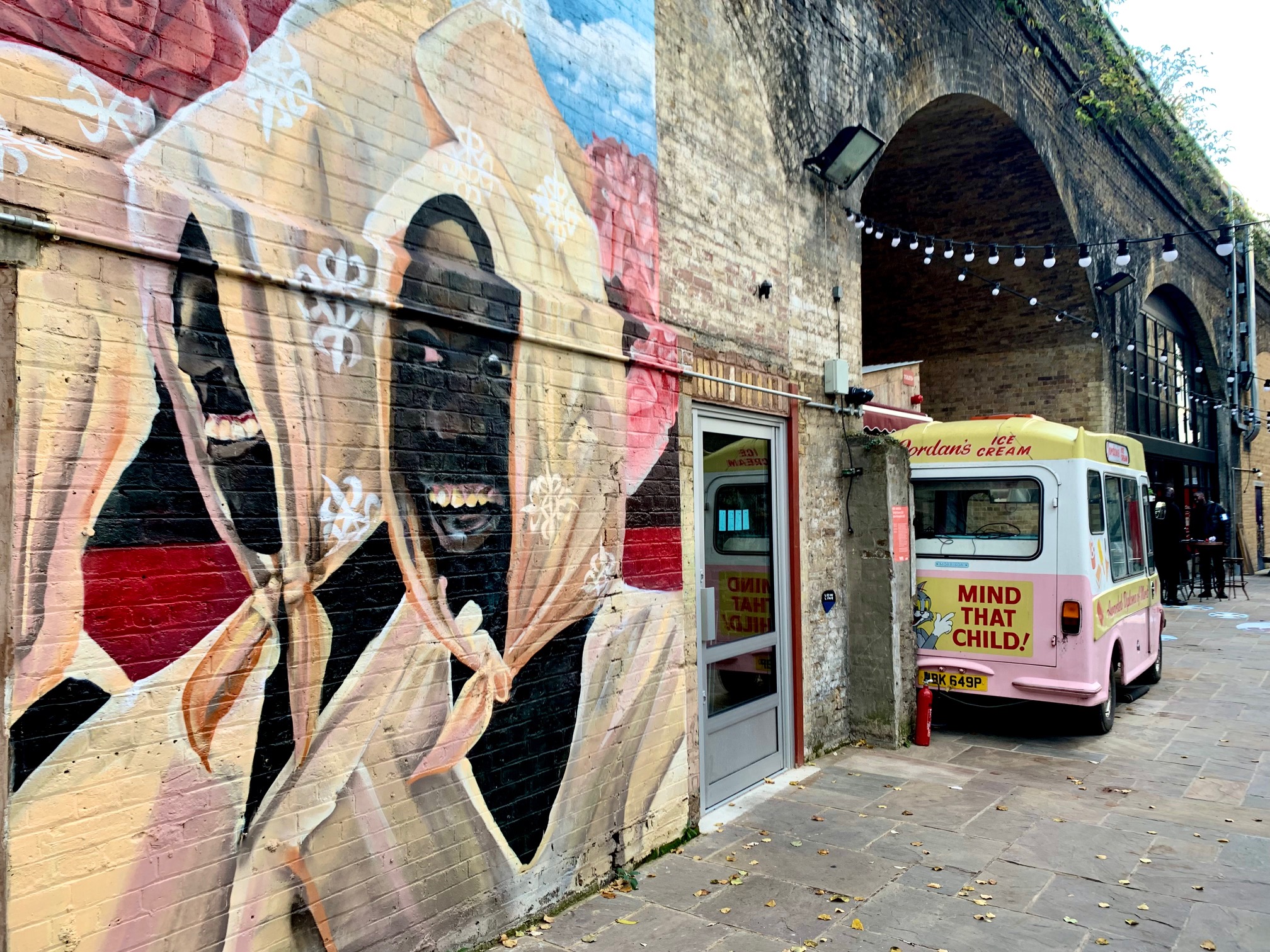 Bankside 2025 – a climate hub in a railway arch @Meetmrlondoner

As an area, Bankside has a talent for re-invention. Its chaotic early origins are in inns and taverns, brothels and bear-baiting. Theatre dominated in Elizabethan times. Thereafter Bankside became home to the ‘smelly industries’ of tanning, brewing and vinegar works. Then the railways came. Today Bankside’s a brilliant place to live, work or visit. It’s a creative hub – but it’s still got a bit of grit in the oyster.

Val and her colleagues have been inspired by ideas that have sprung from local residents and businesses – to give Bankside’s railway heritage a new lease of life. The vision is of a green corridor connecting people and places. At the heart of this is a joined-up and imaginative approach to the business community. It’s crucial to get the right tenants into the railway arches. Bars, restaurants and gyms are obvious choices but were also the hardest hit by the pandemic. Better Bankside is keen then to expand the different types of businesses that might use the spaces to create greater local sustainability and resilience in the future.

A prime example of an exciting new business tenant is Flying Fantastic, which teaches aerial fitness and training to the bold and adventurous. A railway arch at Old Union Yard has been re-developed with great imagination to offer two fully-equipped light-filled studios and now offers classes in aerial conditioning, aerial yoga and more besides. Whether you’re a professional or an absolute beginner, this is the place to get yourself into a trapeze, a bungee or a hoop. Arch 27, as it was once known, is now a bright and fun space, with a focus on keeping fit and supple. It’s a really clever and surprising re-imaging of a former dark and industrial space. 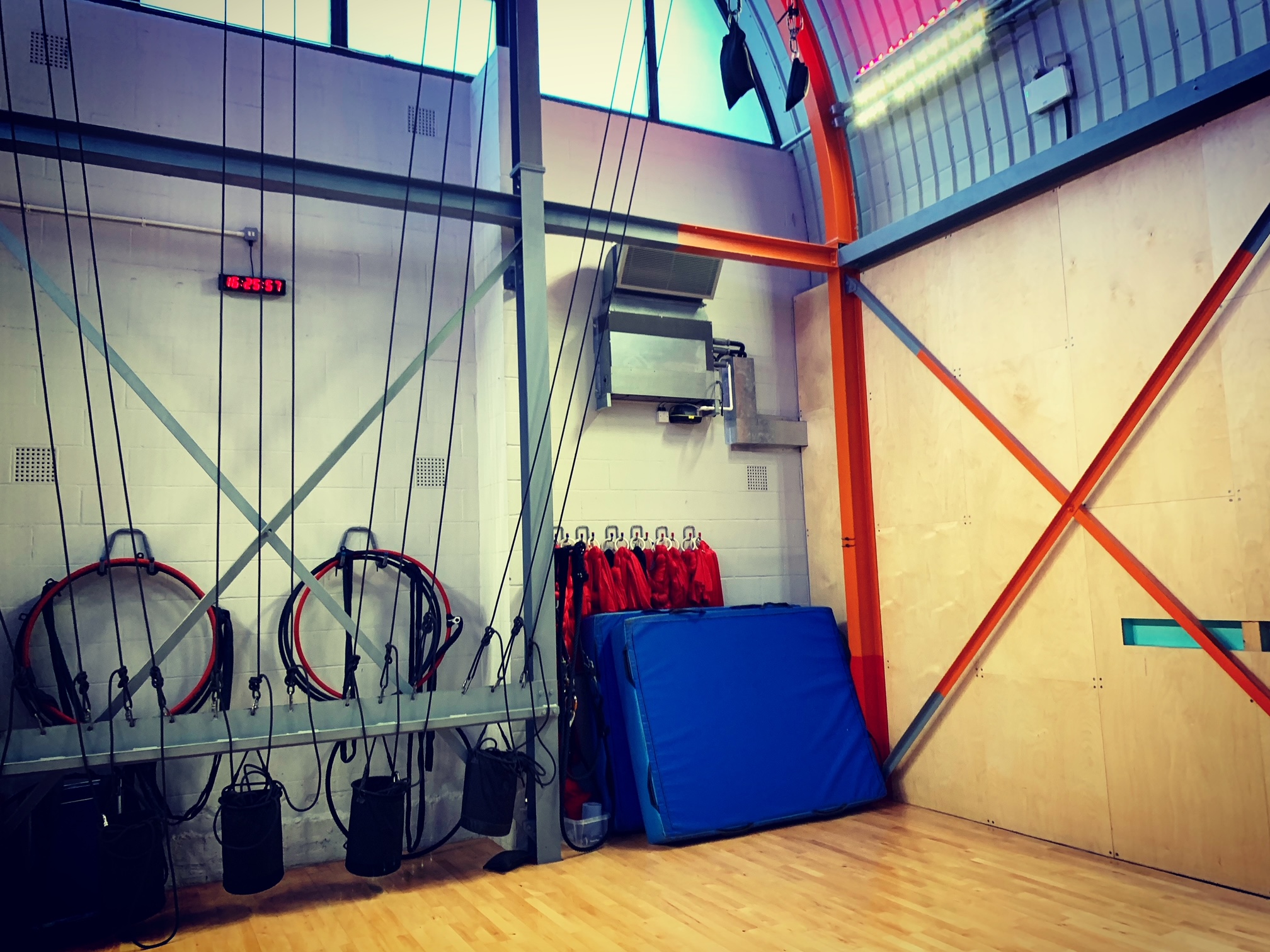 A studio at Flying Fantastic @Meetmrlondoner

The practical aspects of the Low Line project include more than just celebrating Bankside’s hidden history and its contemporary culture. To work well, Val and her colleagues have to open up ‘the corridor’ helping to identify and remove any blockages – from locked gates to impassable architecture – so that people can walk the line with ease.

On the eve of COP 26, Bankside’s plans connect to both Mayoral and UK Government priorities towards creating a Net Zero Capital by 2030. This is also part of a wider series of interconnected debates. These hot topics include: the future of ‘the High Street’, people-scale planning and community inclusion. The mental and physical benefits of green space, fresh air and the promotion of walking, cycling and exercise in general, remains a key focus.

Better Bankside has created a platform for meaningful debate and engagement. It has just opened Bankside 2025 – pioneering a low carbon neighbourhood. This is a community hub for climate action. Just how can we transform Bankside into a low-carbon neighbourhood by 2025? What that would that look like? And how might we get there? These are just some of the questions posed in a series of planned and playful events in this interesting and surprising new space, near the Flat Iron Square Market. 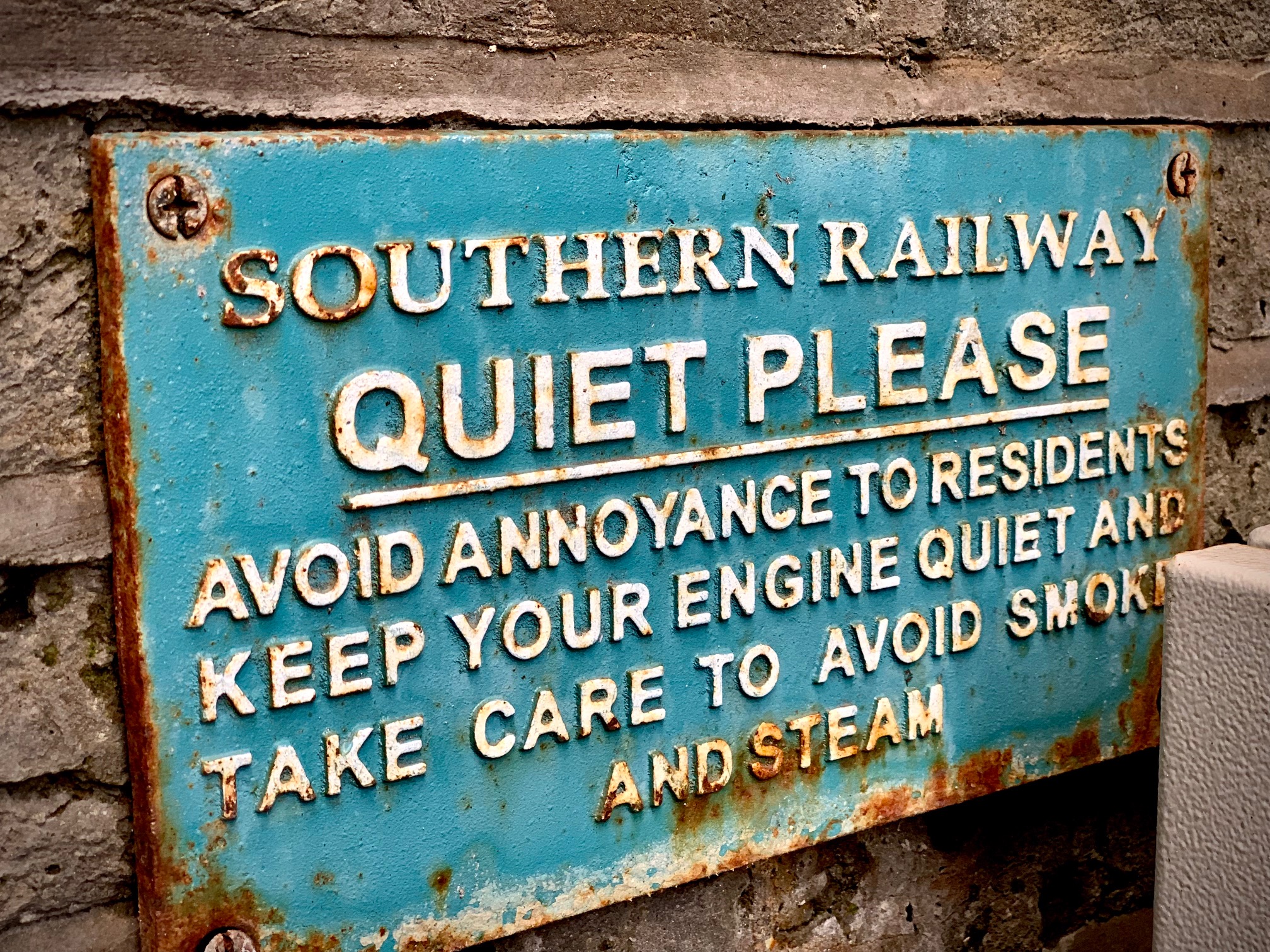 Pop along to St Felix Place, 45 Southwark Street, to hear cross-party debates about climate and to have your say. You can also sign up for litter sweeps, Thames foreshore clean-ups and guerrilla gardening. There are workshops to attend, seed bombs to throw and pub quizzes to ace.

The idea is to start a conversation by asking a series of What If questions? What if we gave over Bankside to bike lanes? What if we put solar panels on every roof? What if we created a vast network to charge electric vehicles? These are tough questions and the truth is that there are no simple answers. But we must address them nevertheless.

Oh, and where’s St Felix Place? It’s in a railway arch … of course.

Mr Londoner is writer and broadcaster Antony Robbins. He’ll be leading Better Bankside’s tours of the Low Line in November.