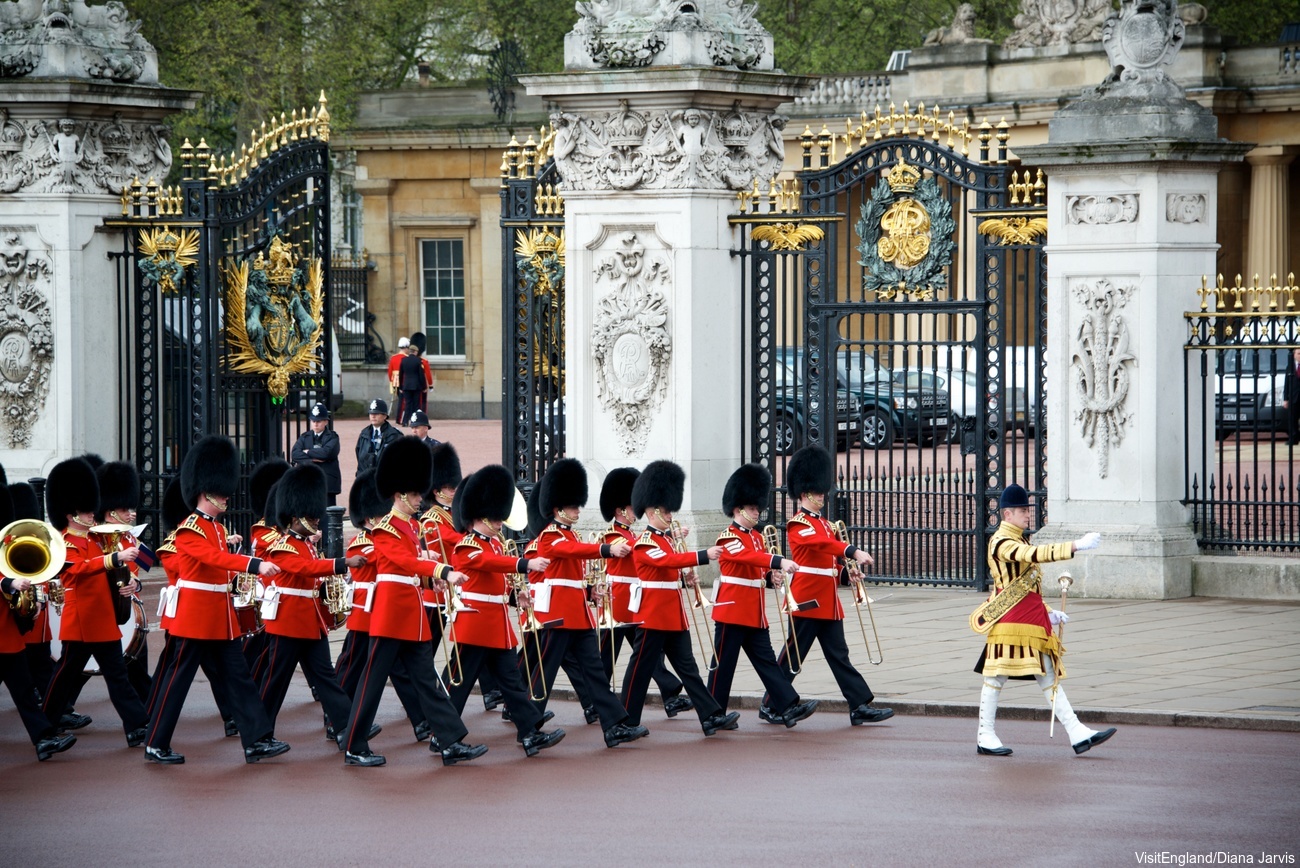 Trooping the Colour, the ceremony that marks the monarch’s official birthday, takes place in London this week. Since 1748 it has been customary for the Queen to inspect her personal troops on this day. Hundreds of officers, men on parade, musicians and RAF pilots work at the event to put on an impressive display. But have you ever wondered what is like for those who work at the event? Blue Badge Guide Greg Laing tells us about his time as a Guards musician at Trooping the Colour.

‘The education system and I didn’t get on, I’d always had a hankering to join the Army and as the only thing I wanted to do was play the clarinet, I decided to join up as a musician. So it was at 18, after two years at the Guards Depot (a culture shock for any teenager), I reached the Scots Guards Band. Life in a Guards Band is focused on London’s ceremonial events, including state visits, weddings, and of course Trooping the Colour. 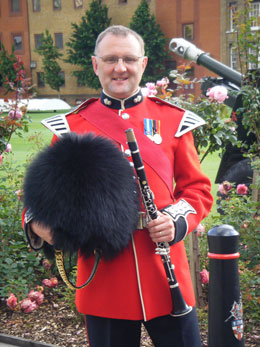 In Summer we expected to perspire. Those tunics are made of thick wool, designed for looks not comfort, with just room for a t-shirt beneath to absorb sweat. And whilst bearskin hats might be ideal in the Arctic….

The Troop is an endurance test. In the old days we set off from Chelsea but now Wellington Barracks is slightly better. Rain or shine you were always ready by 9.30, finishing four hours later. I have known it to rain buckets or be so warm that heat waves shimmer over Horse Guards Parade. Either way expect a soaking. The first contingents arrive just after 10.00 and wait for the clock to tick through the next hour. Thank goodness for Army issue barley sugars! Standing still is tough and slow marching across Horse Guards Parade once the command ‘Troop’ is given challenges stiff leg muscles.

My abiding memory is of heat, dust and the need to remain ‘switched on’, particularly during the ‘spin wheel’, in which the massed bands perform a three point turn requiring half to face the opposite direction as the remainder advance. A wrong turn elicits a hard shove from those around you.

The return to Buckingham Palace along the Mall involves massed musicians weaving around mounds of fresh horse manure (we were convinced the cavalry horses were fed curried oats the night before). By 13.20, the RAF fly past is a distant memory and the Old Guard are waiting to march home from the palace forecourt. By then everyone is imagining that first beer.’