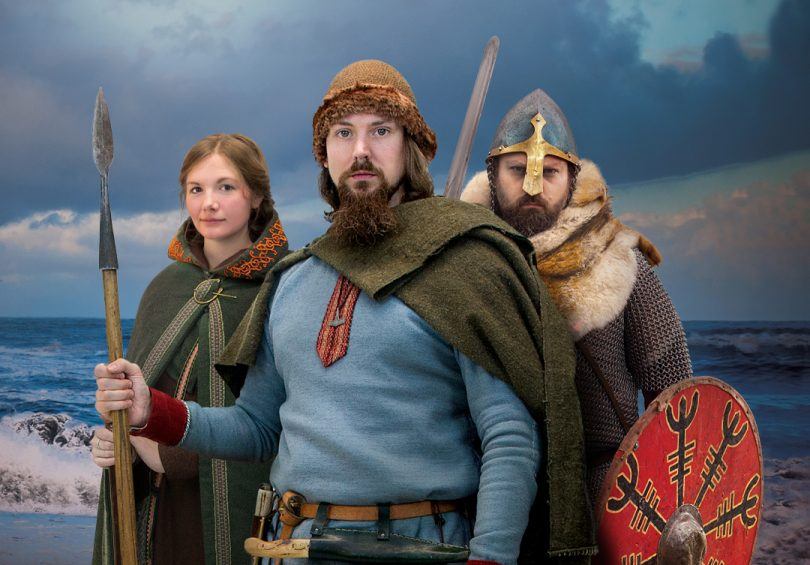 On 8 April the Jorvik Viking Centre will reopen in York’s Coppergate. Forced to close at the end of 2015 because of the York floods, a multi-million pound investment and continued archaeological work sees new finds and new attractions on display.

The Centre owes its origins to the building of the Coppergate Shopping Centre in 1976. When the archaeologists were invited onto the site of the build they discovered a wealth of buried finds – in an area of 1000 square metres there were around 40,000 archaeological areas of interest that threw new light on the Viking conquest and settlement of York. The moist, peaty layers of York soil had preserved an unprecedented amount of organic material including timber, leather and fabric, as well as 5 tonnes of animal bones and over a quarter of a million fragments of pottery!

York was captured by the Vikings in 886 who called in Jorvik. Under their rule the city became a major river port, part of the extensive Viking trading routes throughout northern Europe. The last ruler of an independent Jórvík, the wonderfully named Eric Bloodaxe, was driven out in 954 and the city became part of the anglo-saxon kingdom.

In 1984 Jorvik Viking Centre opened to showcase these finds and tell the story of the Vikings in York and the British Isles. The streets and dwellings of Coppergate were reconstructed as they would have been in October 948, and visitors could ride underground in ‘time travel cars’, allowing them to eavesdrop, see and even smell the Viking streets.

As more and more finds were unearthed and more was discovered about the Viking’s lives in Jorvik the Centre developed and expanded. This included (in 1990) the facial reconstruction of a Viking skull found in Fishergate, allowing visitors to come face to face with an actual Viking, Eymund the Fisherman.

Visitors will still find the famous time-travel ride in the reopened Centre and there are new animatronic figures and completely rebuilt parts of Jorvik streets so that you can experience the Viking city like never before.