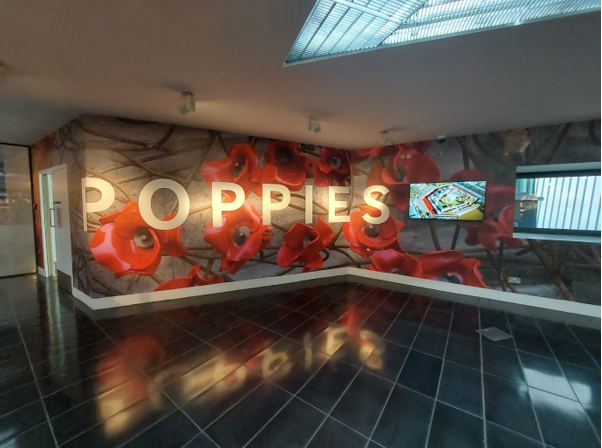 On the eve of Armistice Day, I visited the Imperial War Museum North for the opening of the ‘Poppies’, their newest exhibit: a 30m cascade of poppies. The poppy was a common flower seen on the battlefields of the Western Front during the First World War. The red poppy became our symbol of remembrance after the publication of John McCrae’s poem ‘In Flanders Fields’ in 1915. 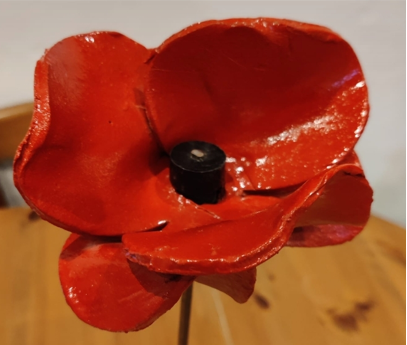 The 12960 handcrafted clay poppies have been installed within the Air Shard of the Imperial War Museum North. It is a re-imagined brand new artwork. It follows on from the 2014 art installation comprising 88246 ceramic poppies entitled ‘Blood Swept Lands and Seas of Red’ that was displayed in the moat of the Tower of London commemorating the centenary of the First World War. Each poppy represented a life lost from Britain and its’ Empire as a result of the First World War. Subsequently, sections of that display, known as the ‘Wave and the Weeping Window’, have been exhibited at venues around the country. They were the ideas of ceramic artist Paul Cummins and designer Tom Piper. The remaining poppies now have a new permanent home here in the northwest of England. The new artwork cascades down the outer wall of the Air Shard, one of the main design features at the Imperial War Museum North. 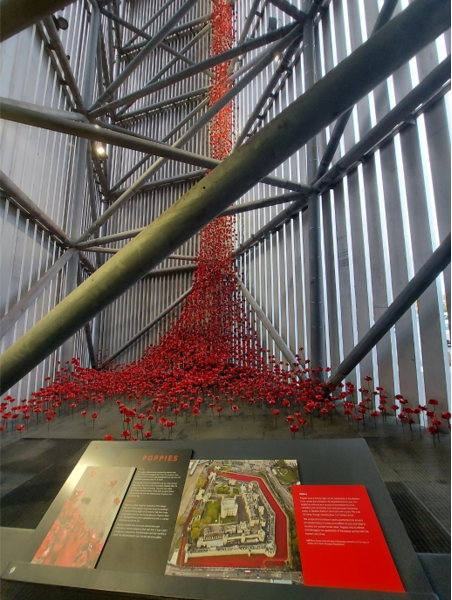 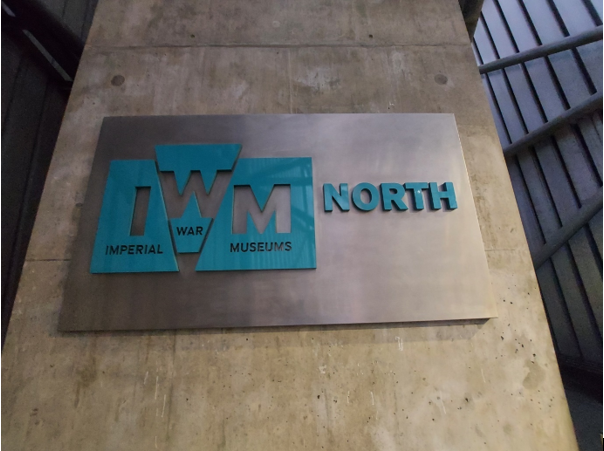 The IWMN is a distinctively modern structure clad in aluminium sheets that opened in 2002. Designed by Daniel Liebeskind, the renowned architect who designed the Jewish Museum in Berlin, it represents a globe shattered by conflict. The design of the museum intends to unnerve and disorientate the visitor, and this is seen in the sloping floors, leaning walls and its awkward and fragmented exterior form.

The form of the building comprises three distinctive pieces: the Earth Shard, the Water Shard, and the Air Shard. Appearing as destroyed earth, never to fit back together in the same shape again, it is meant to make the observer think about conflict on land, sea and in the air and the long-term devastating impact on the world. 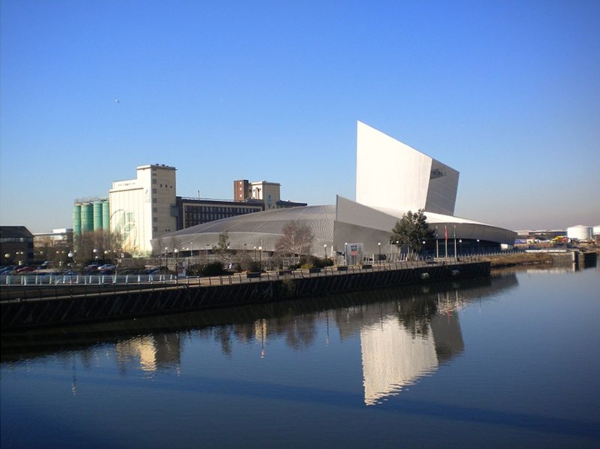 The Air Shard element of the museum is neither an indoor nor outdoor space as it allows the elements in through gaps in the walls but does provide some shelter. On entering the Air Shard, I felt the breeze on my face, it was as if the poppies of the installation swayed as they cascaded down the wall surface as the wind blows through these gaps. This reminded me of the opening line of John McCrae’s poem “In Flanders fields the poppies blow.” This display is breath-taking, thought-provoking, and very moving.

Poppies were common on the battlefields of the Western Front. It must have represented a bright ray of hope in a dark dismal environment on one hand and at the same time of blood lost by dying soldiers on the other. I am not sure what the soldiers must have thought of them, but I understand that poppies were pressed by the soldiers and included in their letters home.

The poppy is the registered trademark of the Royal British Legion founded one hundred years ago on 15 May 1921. In addition to providing support to members and veterans of the British Armed Forces and their families, one of its main functions is to fundraise in the weeks before Remembrance Sunday by offering paper poppies created in their factory in Richmond, London in return for a donation.

IWMN will be the Poppies permanent home and it is open to viewing from Wednesday- Sunday from 10 am-5 pm with free entry (parking fees apply. There is a bus service and a tram stop nearby). 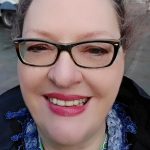 Alexandra Fairclough (Alexatourguide) is a Built Heritage Professional and a Green Badge Tourist Guide. She worked at Trafford Council for 10 years and was involved in the IWMN project. Her family suffered losses in the First World War and they are lucky enough to have their own original ceramic poppy to remember not only the amazing installation at the Tower of London but all of the fallen in conflict.  Alexandra also provides public and private tours of the Quays including this building.