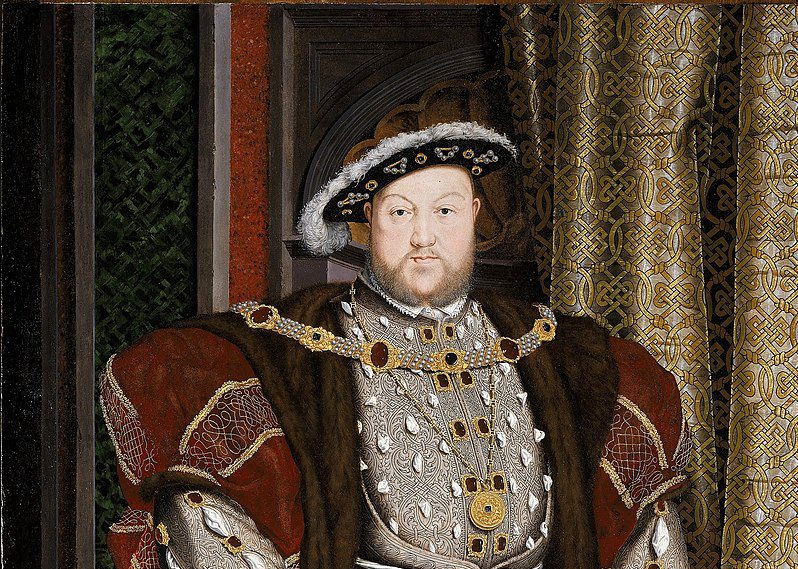 Henry VIII was born on 28 June 1491. The second son of Henry VII, the first Tudor king and Elizabeth of York, Henry was not destined to be king, but became heir apparent on the death of his elder brother Arthur. In his youth athletic, handsome, well-educated and a talented musician, he was regarded as the most accomplished prince of his time. Yet he is remembered as the king who was prepared to turn the entire religious establishment of the country on its head, by breaking with the Catholic Church in Rome and setting himself up as the Head of the new Church of England, all so he could divorce his first wife Catherine of Aragon and marry Anne Boleyn; an obese, tyrannical monster who had six wives, two of which he sent to the executioner’s block at the Tower of London.

On a lighter note, Henry VIII is widely associated with some of the country’s most famous palaces, including Hampton Court, Windsor Castle and the Tower of London, but there were other building projects.

To commemorate Henry’s birthday, Linda Hamer, London Blue Badge Guide, takes us to the outskirts of London to talk about Nonsuch, one of Henry’s most magnificent palaces and the impact that it had on the surrounding area. 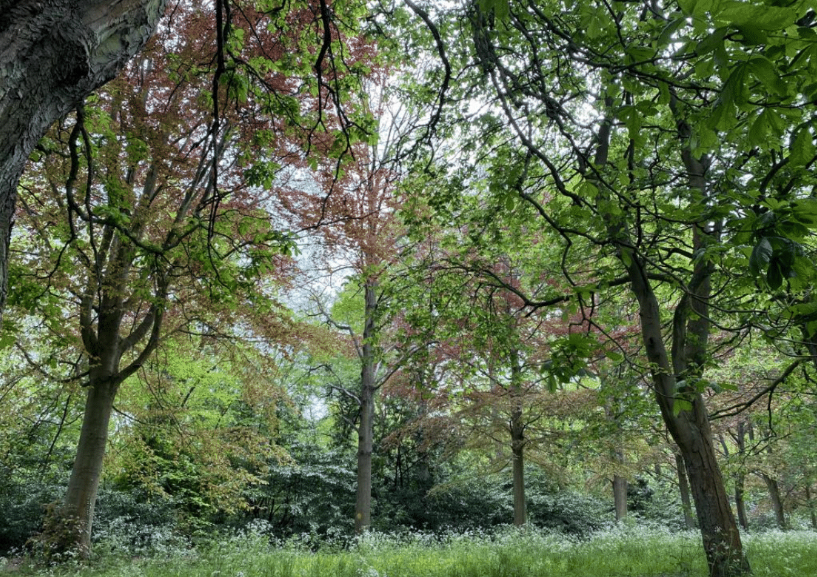 It was called ‘None Such,’ because it was to have no equal. It was to outshine the Palace of Fontainebleau near Paris, the palace of Henry’s great rival King Frances I of France and Cardinal Wolsey’s Hampton Court. It wasn’t the largest of palaces, being smaller than both Hampton Court and Whitehall Palace, but intended as a celebration of Henry’s 30- year reign, and the birth, at last, of his son and heir, Prince Edward, it was exquisite.

It was built on the site of the ancient settlement of Cuddington, the buildings of which, including the church and manor house, were demolished to make way for the new palace. Building started on 22 April 1538, and was not only funded by the money raised from the dissolution of the monasteries, but was literally built using the remains of nearby Merton Abbey, which had been suppressed just one week beforehand. Hundreds of tons of Merton Abbey stone were brought over to be used in the foundations, with hundreds more tons used to face the outside walls of the new palace.

The basic structure was completed in 1540, but such was the level of ornamentation and decoration inside and out that the palace was still unfinished when Henry died in 1547. In all, it took a skilled workforce of around 500 men nearly 9 years to complete; artists and craftsmen were drafted in from all over Europe.

So, Henry never saw the completed palace. In fact, once the project was off the ground, he seemed to have lost interest in it and is known to have spent only three nights there. By now his increasing weight and ill health made it difficult for him to enjoy hunting anymore and his legs so painful that he had to be carried in a litter. So, it turned out to be a rather expensive white elephant. 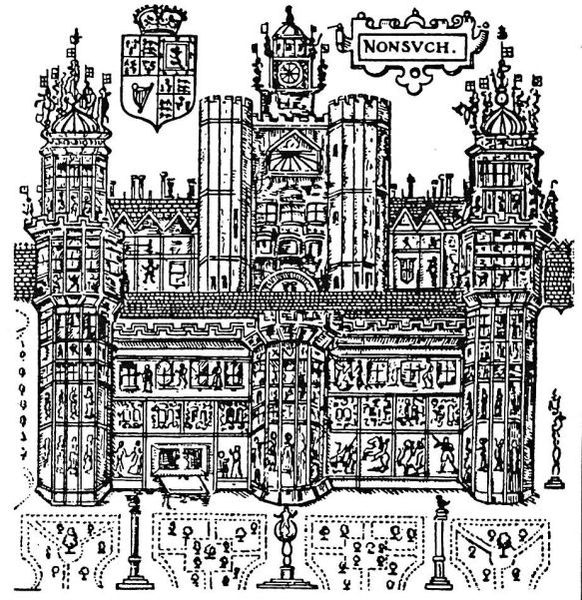 Nonsuch Palace from the South-East from John Speed’s Map of Surrey, 1610. Image in the Public Domain via Wikimedia Commons

Nonsuch Palace had a huge impact on Cheam and the surrounding villages. There were royal visits, visits from statesmen and the ‘Good and the Great’ from all over Europe and they would bring with them hundreds of their own staff. Extra staff and supplies would have been needed at the palace. The landscape changed too, as fields that had been farmed for centuries were turned into ornamental gardens and deer parks.

After King Henry’s death, Nonsuch passed to his sickly son Edward, who died before his sixteenth birthday, so not much happened during his reign. His half-sister Mary didn’t want it either, so she sold it to the Earl of Arundel (Henry Fitzalan), as a reward for giving her a helping hand onto the throne by foiling the plot to make Lady Jane Grey queen on Edward’s death in 1553. Arundel had been a favourite of Henry VIII, who was his godfather, and would later become a favourite to his daughter Elizabeth, when she became queen in 1558. 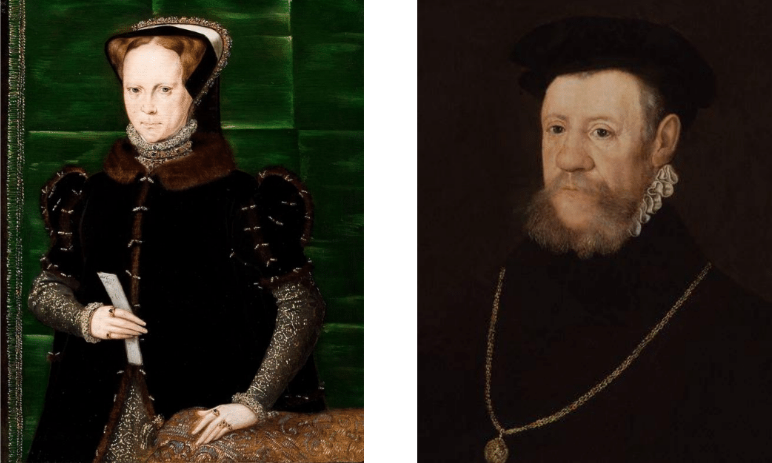 On the left: Queen Mary I by Hans Eworth, 1558. On the right: Henry Fitzalan, 12 th Earl of Arundel by unknown Anglo Netherlandish artist, 1560s. Both images in Public Domain via Wikimedia Commons.

Arundel, whose wife had died, was a suitor for Elizabeth’s hand in marriage. He throws a huge party in her honour, and thereafter, the flattered queen was a frequent visitor to Nonsuch. In a bid to further impress her, he spends lavishly on completing the palace and gardens – he installs fountains and statues in the grounds and expensive paintings in the palace. His suit fails and It bankrupts him.

Arundel had only one surviving child, a daughter named Jane, who married John Lumley. Jane died before her father, so, when he dies in 1580, the Nonsuch estate passes to Lumley, along with Arundel’s enormous debts. Lumley decides that the only way he can be rid of his debts is to sell the palace. Queen Elizabeth, who loved the place, was his principal creditor, so she buys it, but allows Lumley to stay on as Keeper of the Palace, until his death in 1609. 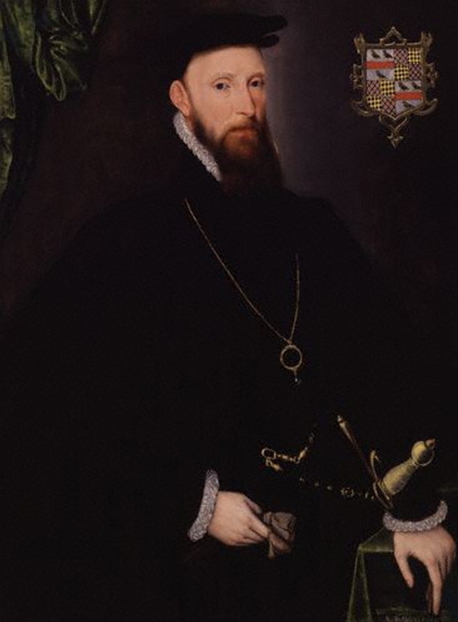 Nonsuch passed through different hands during the unstable Stuart reign and was confiscated, along with other royal palaces, during the English Civil War (1642-49) by the Parliamentary Commissioners, but was restored to Queen Henrietta Maria, the widow of Charles I, at the Restoration. Eventually it passes to her son, Charles II, who causes a scandal by giving it to his mistress Barbara Villiers, who had five of his children, along with the title Baroness Nonsuch. 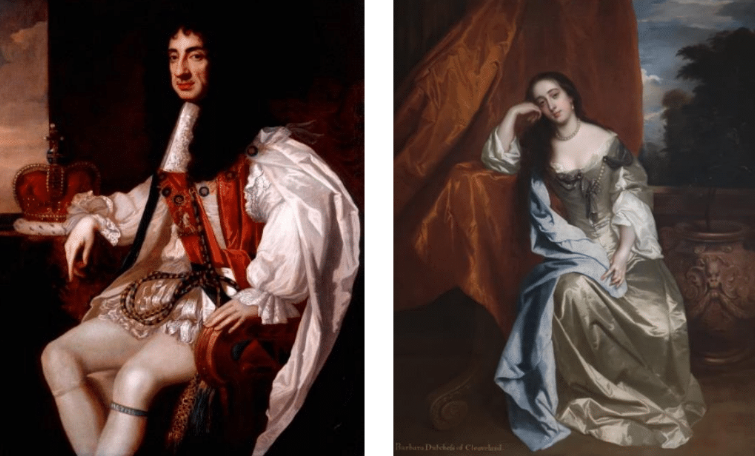 Baroness Nonsuch had no interest in the old Tudor palace, so she has it pulled down and sold it piece by piece to pay off her gambling debts.

So, all that is visible of the old palace is a datestone, and the outline of the banqueting house in the form of the retaining wall, which resembled a Tudor artillery fort with towers at each corner. This was an elaborate garden pavilion which would have been used as a grandstand from which the guests could watch the hunting and a place for light refreshments. 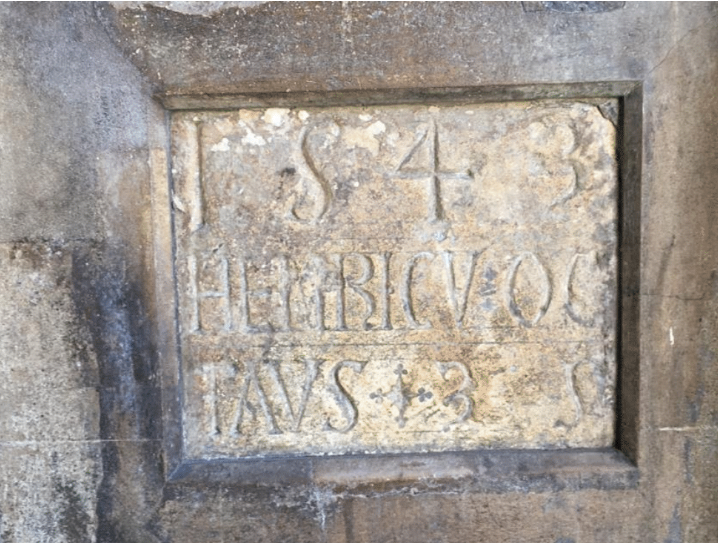 Datestone from the demolished palace, set into the porch of the 18th century Nonsuch Mansion House in Nonsuch Park, that bears the inscription – ‘1543 Henry VIII in the 35th year of his reign.’ Photo by Linda Hamer

But there is one place in Cheam Village where we can get a glimpse of what Nonsuch might have looked like. In the churchyard of St Dunstan’s stands the chancel of the old Saxon church, known as the Lumley Chapel. Lumley, who inherited Nonsuch Palace from his father-in-law Arundel, refurbished the old chancel as a burial place for himself and his two wives Jane and Elizabeth. 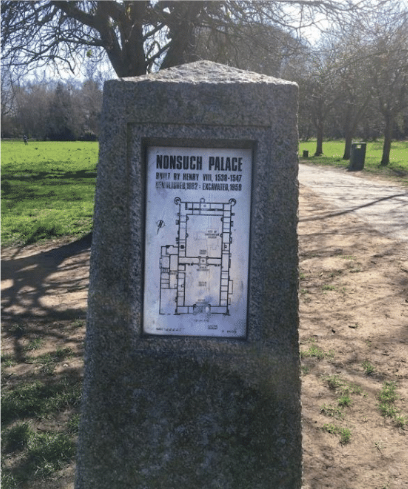 Bollard marking the location of the palace in Nonsuch Park. Photo by Linda Hamer 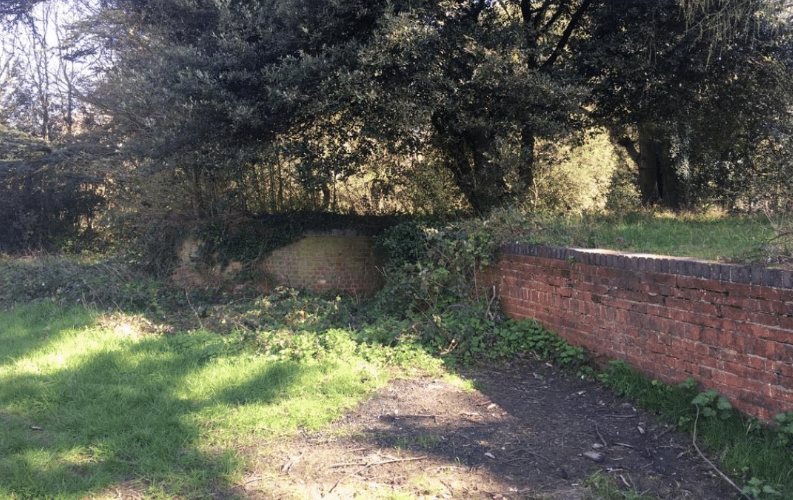 The retaining wall of the Banqueting House, rebuilt by the Victorians. Photo by Linda Hamer

The front panels on the tomb chest of Lady Lumley show Jane and Lumley’s 3 children, Charles, Thomas and Mary (all of whom died in infancy), kneeling at prayer in a building which is thought to be Nonsuch Palace, as through an open doorway there is an obelisk that is very similar to one created by Lumley, which is known to have stood in the Privy Garden at Nonsuch. 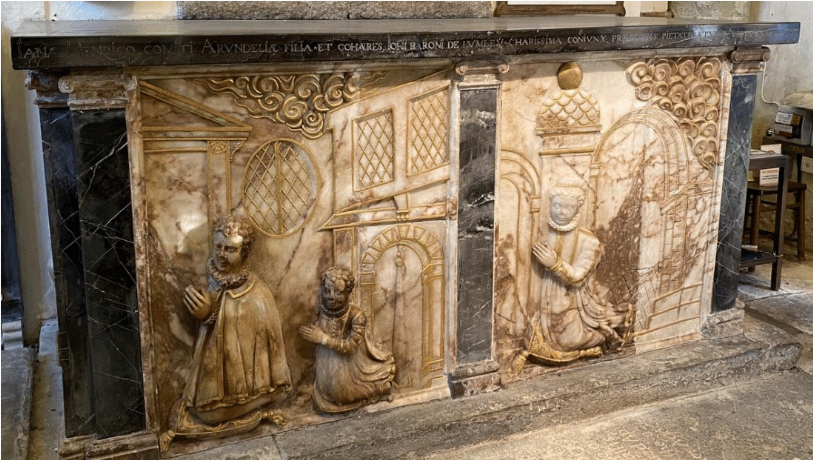 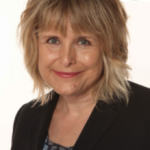 Linda Hamer is a London Blue Badge Guide who specialises in bespoke walking tours in the City of London and Westminster.