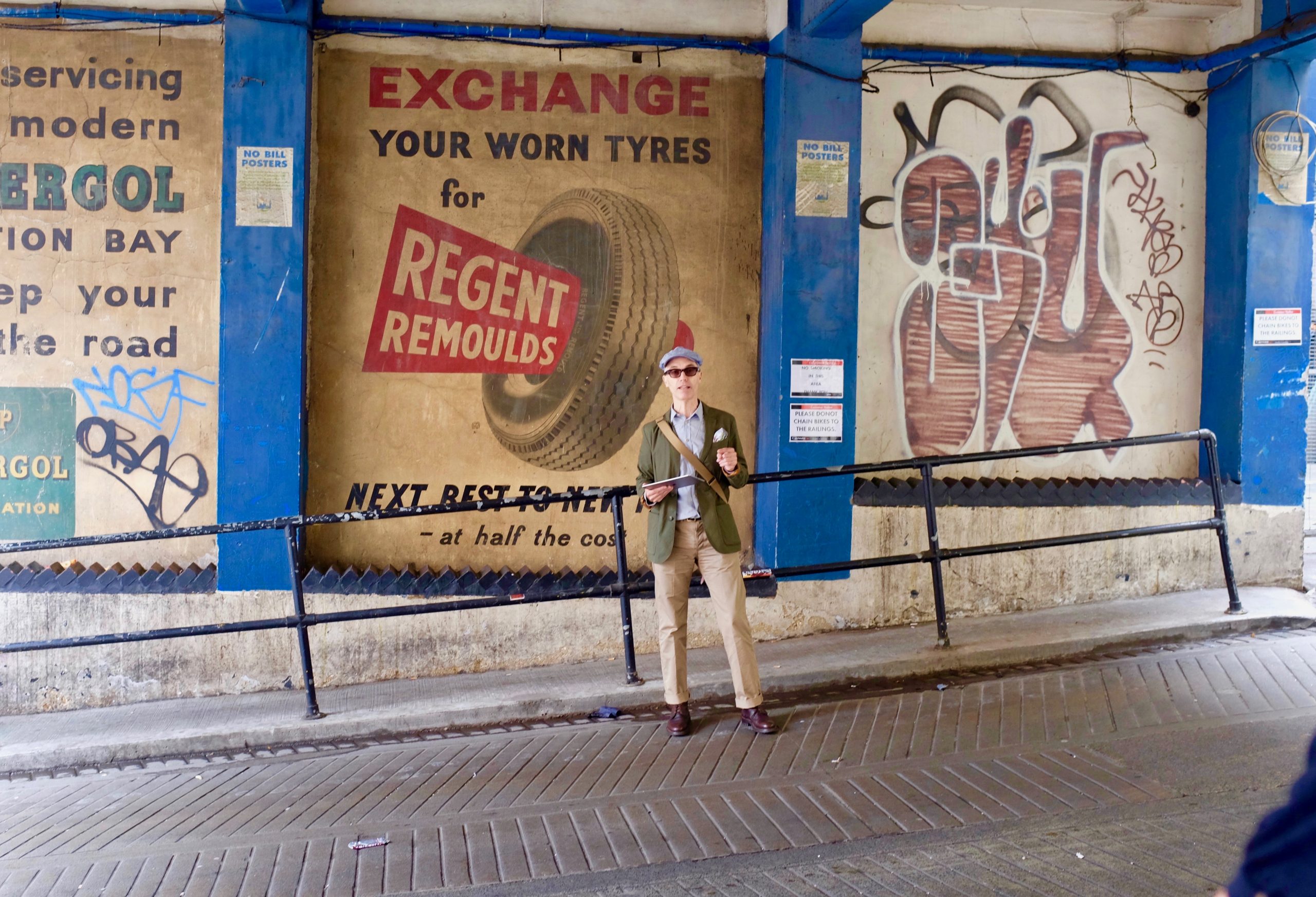 Ask a Londoner, however, and you might get a rather different answer. There’s a secret city hidden among our historic squares and buildings old and new. These aren’t the great monuments or famous buildings. They are the overlooked, the unnoticed and the quirky. But they tell us so much about our city and its people.

Ghost signs
They include ‘ghost’ advertising signs – often beautifully executed pieces of art in their own right – promoting now long-gone businesses and services. My favourites are the 1950s automotive adverts in Soho’s Poland Street garage. Sadly, these historic signs are gradually disappearing under a tide of identikit graffiti however. Unlike the street art of prominent names, like Banksy, these old adverts are rarely preserved by the local authorities or private landlords. 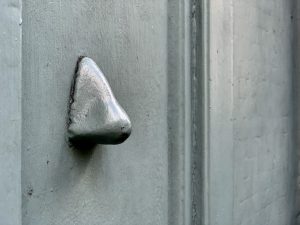 One of ‘the seven noses of Soho’

Follow your nose
Nearby are several of ‘the seven noses of Soho’. These ceramic hooters – attached to walls and buildings – were part of artist Rick Buckley’s 1997 campaign against the surveillance society. Buckley especially resented the growing number of CCTV cameras across the city and he modelled the proboscises on his own rather aquiline features in a reference to what we Brits call a ‘nosey parker’.

This ‘installation art’ was completed in the days before the mass use of social media. Buckley deliberately finished his task without publicity, mounting about 35 noses. Most were discovered almost immediately by eagle-eyed security guards and were removed promptly. Those that remained have gradually disappeared as buildings have been demolished or altered. Seven are said to survive. Join me to seek them out. 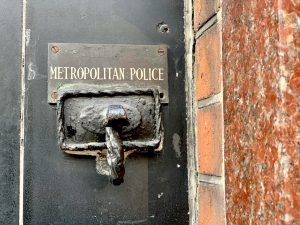 The Metropolitan Police hook: one of Covent Garden’s quirkier attractions

In Covent Garden, near to the monument to crime writer Agatha Christie is a wrought-iron coat hook. This rather gracious, albeit unexpected, piece of architectural ironmongery was placed here, some say, in the 1930s. The story goes it was mounted for Metropolitan Police officers to hang their heavy rubber capes during hot summer days while they directed the traffic. But not everyone agrees and, as with Soho’s noses, a degree of mythology surrounds the police hook. Either way, it is one of the capital’s quirkier curios but millions of people walk by it every day without ever noticing. 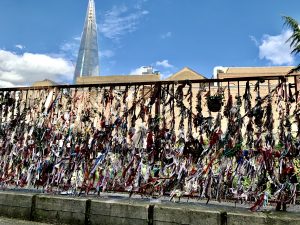 Shrine to the outcast dead
Bankside is home to the Crossbones Graveyard. In earlier times this was a lawless quarter of London and here about 15,000 so-called ‘outsiders’, including local prostitutes (know as the Winchester Geese), were buried on unconsecrated land. The cemetery closed in 1853 and archaeological excavations were commissioned in the 1990s, during work on the London Underground’s Jubilee Line extension.

Many of the unearthed bones displayed evidence of malnutrition, poverty and sexual disease. In what has now become an established slice of London folklore, a vigil is held here on the 23rd of every month, at 7pm. The area’s outcast dead are remembered – from 18th-century prostitutes to 21st century DJs. Poems, artwork and clothing are pinned to the railings as tokens. They make this one of London’s most atmospheric and evocative sites – yet it too is well off the regular tourist trails. 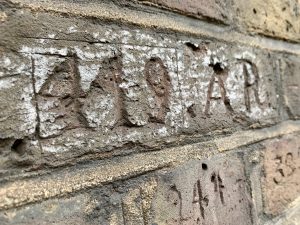 Leave your number
Perhaps least known-about of all are the mysterious numbers etched into the brick wall in Myddleton Passage, near North London’s Sadlers Wells Theatre. Myths abound about the graffiti, carved in the first half of the 19th century. These are in fact the numbers of Victorian police officers, worn on the collars of their jackets. The bobbies were all from Finsbury Division, based at nearby King’s Cross police station. Perhaps they just wanted to leave their mark, so that they would be remembered in centuries to come.