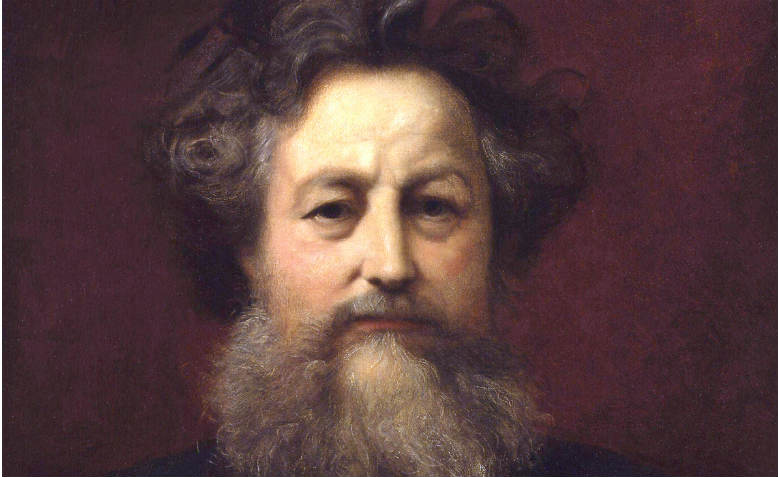 My name is Mary Badger I live within this beautiful area of England. I would like you to join me here while telling you about someone who was immediately entranced with his earliest visions of Cotswold and who ultimately made his home here, raising a family of two daughters.

This man would be William Morris:  a poet, artist, philosopher, socialist and businessman who’s designs and fabrics are still with us today. 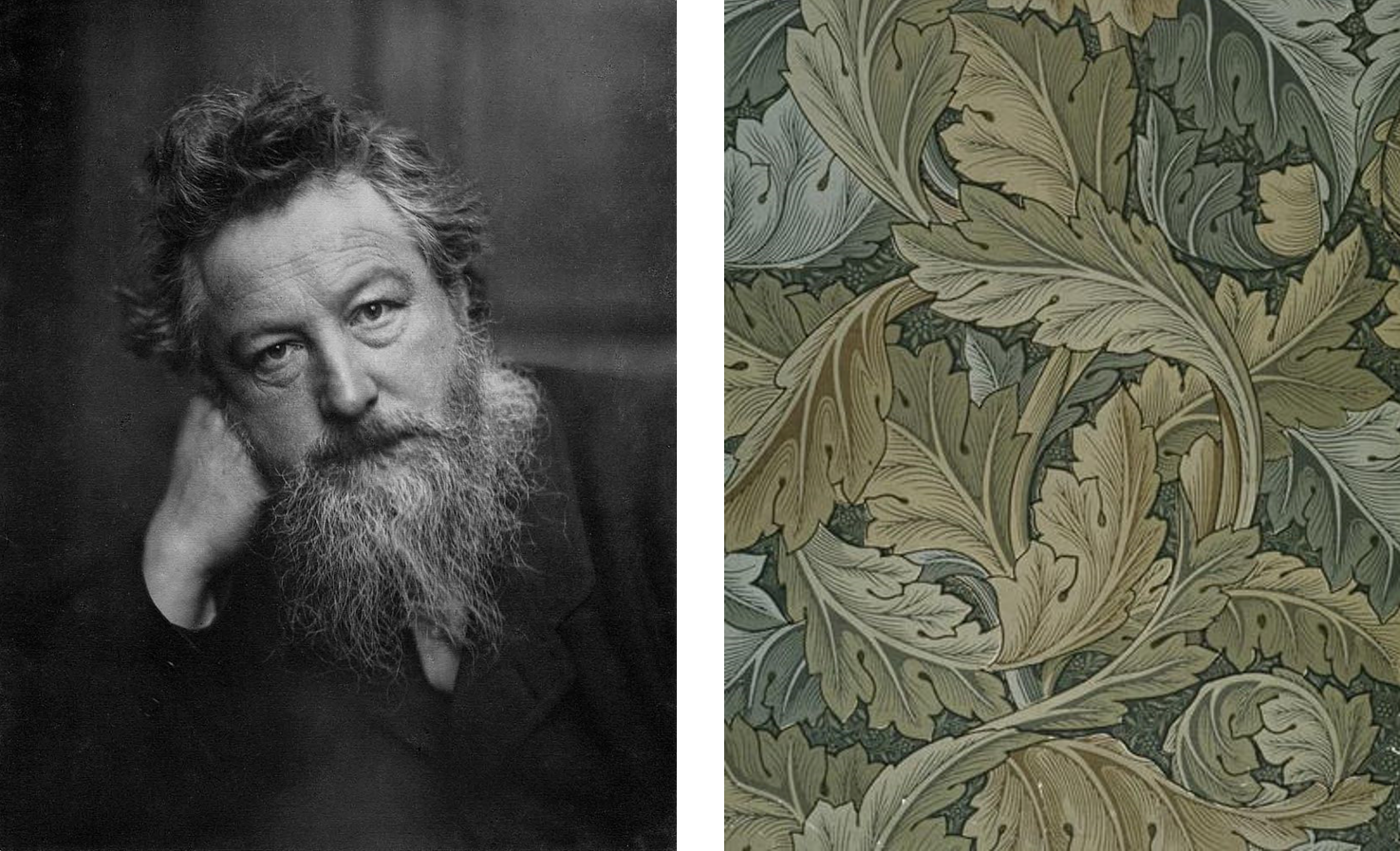 On the left: Portrait of William Morris, aged 53. On the right: Morris’ Acanthus wallpaper design (1875). Both images are in Public domain

William Morris: who was He? Did he make motor cars? There were two men with that name who both had connections with the city of Oxford.

One, William Morris who came from the city, graduating from repairing bicycles to becoming one of the worlds leading manufacturers of motor cars. The other William Morris came up to the University of Oxford as a student spending his time at Exeter College.

It was here, within these ancient walls and an atmosphere of medievalism that he developed views, of an England that was soon to be surmounted by factories and the new railway links across the country.   The noise and clamour of the industrial world would take away the sounds of birdsong and a peaceful rural environment replacing it with crowded and slum-like conditions on the edge of towns.

A principal leader of the Arts & Craft movement along with other artists such as Gabriel Rossetti and Edward Byrne Jones, he believed in the principle of man working with his hands to produce finely crafted items. 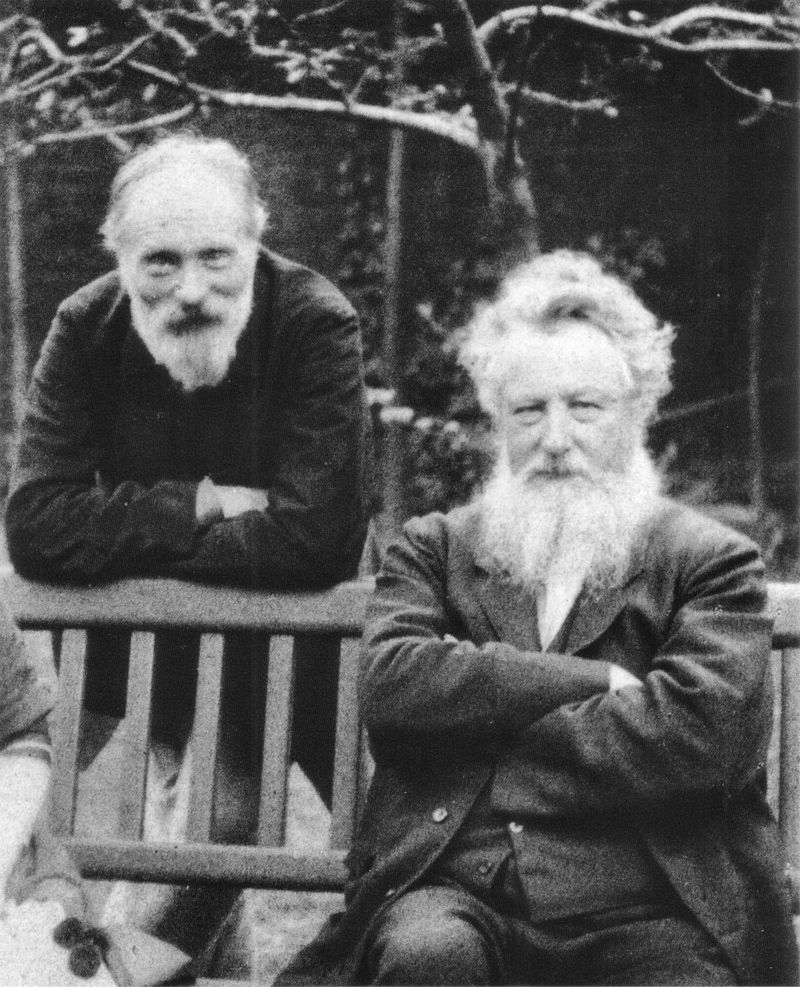 Edward Burne-Jones (left) and William Morris (right) in the garden of Burne-Jones’s home in 1890. (Public Domain

During the years of the 1860s and 70s, he became entranced with the simple, if basic lives and lifestyle that existed for many people, particularly within the Cotswold area.  Ordinary folk at that time were working for their masters, Gentlemen farmers or Lords of the Manor, while living in cottages with a straw thatch roof and timbers often in a poor state of repair.

These picturesque properties sitting beneath the sweep of the hills appealed to our artists as fine subjects for their paintings and the general atmosphere of their simple lifestyle inspired them to become part of the pastoral scene. 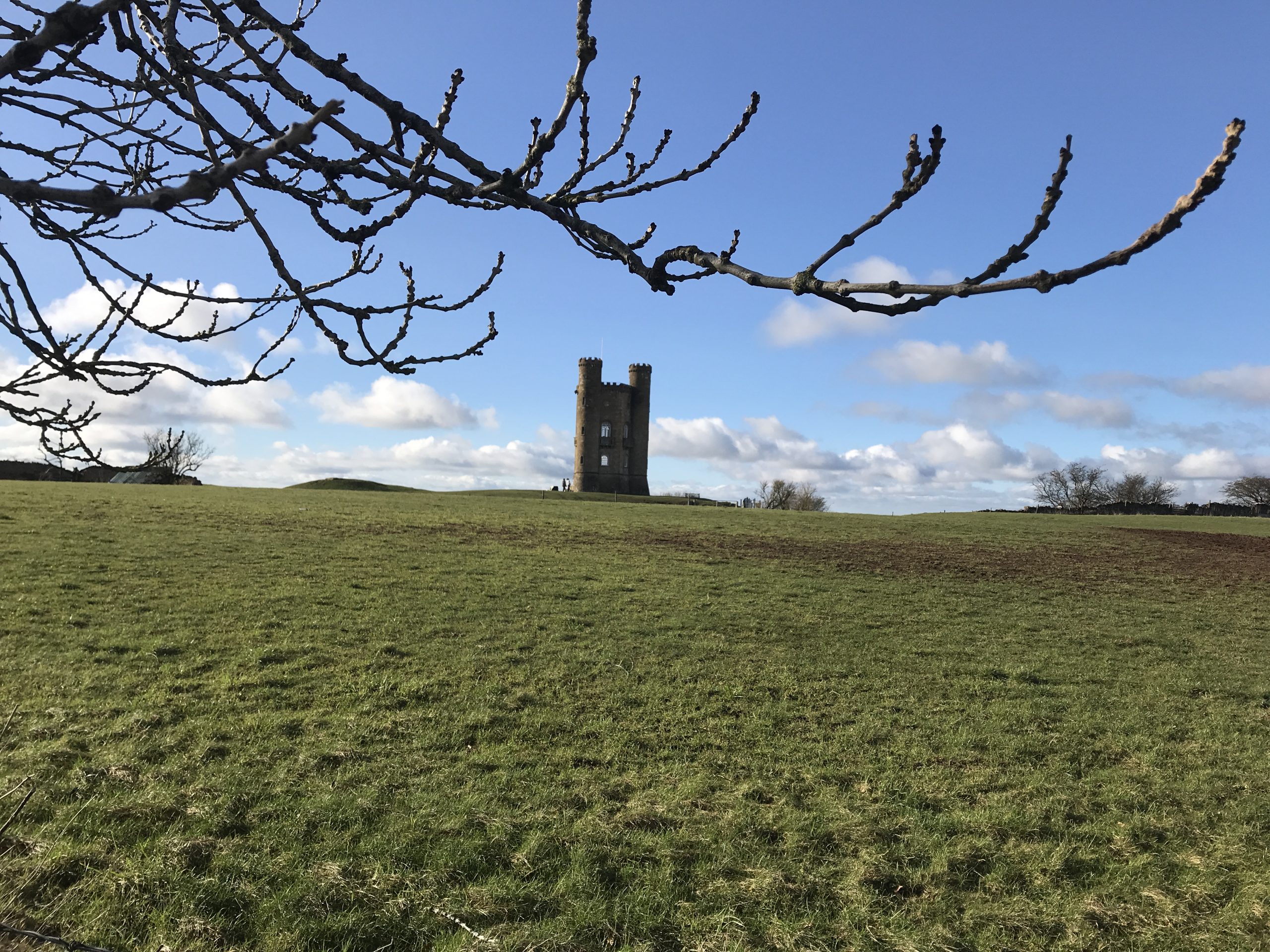 While visiting Broadway with its crushed stone thoroughfare and ancient buildings he became aware of the 18c stone tower on the steep escarpment standing 312 metres (1,024ft) above the village.

Ah! What a wonderful spot to enjoy life with family and friends.  And this they did.  The drawbacks, carrying supplies from the village below, bathing on the open top of the tower and lack of other facilities!!

A quote from daughter May:

“The most inconvenient and the most delightful place ever seen-to simple folks like ourselves, who could do without almost everything with great cheerfulness: …. The Tower was certainly absurd…the men had to bathe on the roof, when the wind didn’t blow the soap away and there was water enough …. But how the clean aromatic wind blew the aches out of our tired bodies and how good it all was”

Much of William’s time here inspired him to further his work in protecting this lifestyle. He became aware of the ‘improvement’ of many of the ancient buildings that was taking place, particularly our churches many losing part of their Saxon and Norman features, one of these the fine church of St John the Baptist in the Cotswold town of Burford which resulted in a dispute with the vicar?  This gave rise to the formation of The Society for the Protection of Ancient Buildings which is still with us today. 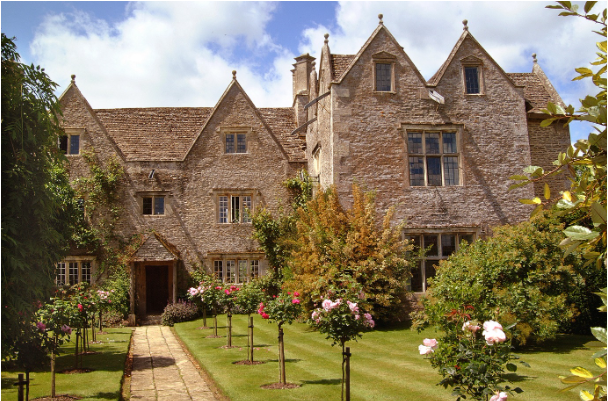 Although much of his business life needed to be spent in or near to London.  There was a plan during one period, to move his business to Blockley one of our north Cotswold villages that had past connections with silk production.  This did not come to fruition however but a longing for a country property resulted in the taking of the tenancy of Kelmscott Manor near to the town of Lechlade on the banks of the infant River Thames.

This he shared with Gabriel Rossetti, his wife Janey and daughters May and Jenny.   He described the house as a house of well-laid rubble stone whose roof was covered with the beautiful stone slates of the district a traditional old house in this farming village.

His daughter May was still living in the house during the 220th century and it is now in the care of the Society for the Protection of Antiquities.  William Morris is buried in a shady corner of the graveyard of Kelmscott Parish Church a simple stone at his head. 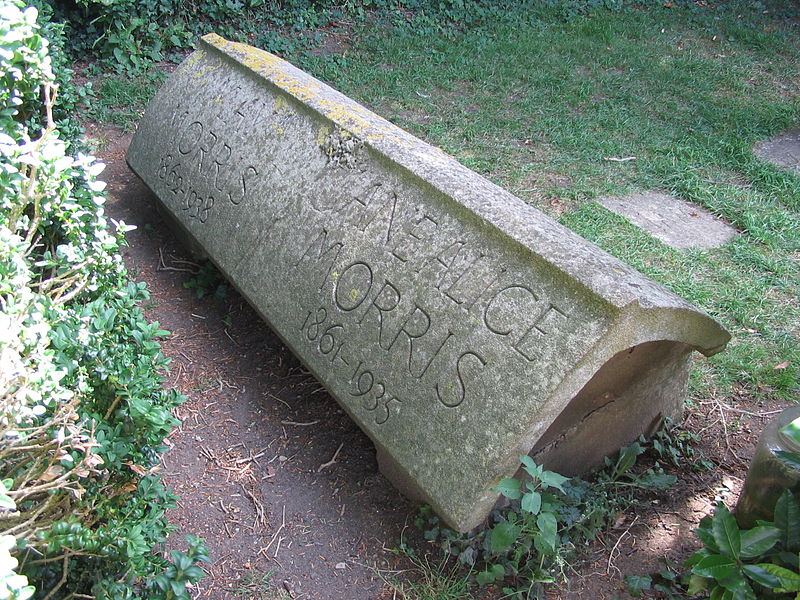 After his death at Kelmscott house in London in 1896, named for his country house, the Arts & craft Movement continued to flourish.  He and John Ruskin could be said to be the father figures of this movement that is still with us in the Cotswolds today.

The Gimson brothers along with Ernest Barnsley and other craftsmen were producing fine furniture in the A&C style in workshops at Pinbury near to the village of Sapperton in the south Cotswolds.  Many examples can be seen in Cheltenham’s Museum and Art Gallery before too long we hope? In the early 20th century Charles Ashbee brought a group of craftsmen and women from the east end of London and started producing hand-made items in an old silk mill in the small town of Chipping Campden. Although he returned to London eight years later a small group stayed on living and working in the town and still today we have members of the Hart family working mainly as silversmiths within that same old mill.  Attached to the Mill the handiwork of other artists can be seen with some working on site. A nice place to visit while in our area. Likewise, Court Barn Museum set in the remains of an iconic 17c mansion where the whole history of the Arts & Craft Movement can be absorbed.

So, come and join me and other members of the Cotswold & Gloucestershire Tourist Guides Association. Learn more about the Arts and enjoy our lovely countryside. 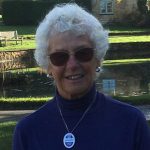 is a guide for Gloucestershire and the Cotswolds, giving visitors an opportunity to enjoy much of this beautiful area, introducing them to its history, flora, and fauna and local folklore, leading walking and coach tours in both towns and villages. Gardens, agriculture and our rich involvement with the Arts & Crafts Movement are some of Mary’s specialities. She has been working as a Heart of England Guide since the 1980s and lives in the Cotswold area close to the village of Broadway. Find her on the mobile 44(0)7711936976, on her email or on the website of the Cotswolds Guides.