The statue of Winston Churchill in Parliament Square by Ivor Roberts-Jones feels like it’s always been there. It was actually unveiled in 1973 by the wartime PM’s widow, Clementine, Baroness Spencer Churchill. The Queen spoke at the dedication and four former Prime Ministers were in attendance. It’s said that Churchill picked the spot opposite Big Ben himself. That sounds right for the statesman who intended to author his own history. 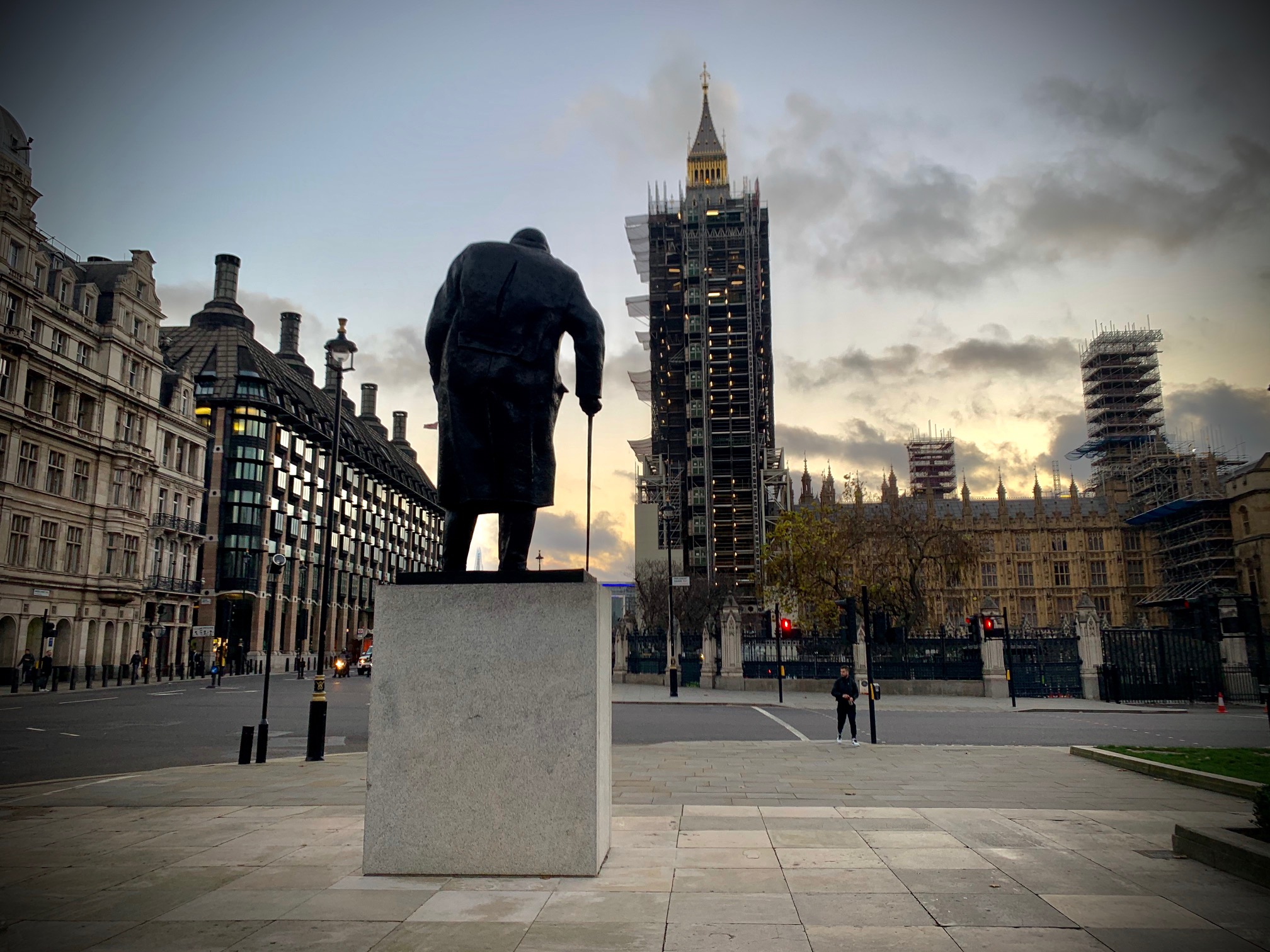 The famous 12ft bronze depicts the PM in a military greatcoat facing down the gathering storm. The cost was around £30,000 for the artwork – cast in South London at Peckham Rye by the Meridian Foundry. Churchill was always careful to hone his own image as one of the world’s most easily-recognisable political brands. He deployed his accessories – cane, cigar and hat to great effect – just as a later Prime Minister, Margaret Thatcher, did with her handbag. 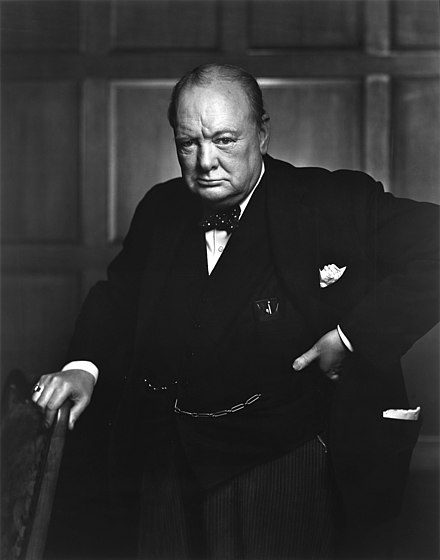 Churchill is usually cited as the greatest British PM of all time and many a management course nominates Winston as one of the world’s most inspirational leaders. His tireless and focussed efforts to win the war ultimately, and ironically, meant that he lost the peace. In 1945 Churchill was a man out of time. Before full victory was declared, he was out of office. He was removed by an electorate which rejected the status quo and saw a very different future having sacrificed so much in the fight for freedom.

Churchill was replaced in a landslide victory by Labour leader Clement Attlee. Attlee had served as Deputy PM in the coalition government and promised a radically different future for the post-war nation. His manifesto included the foundation of the welfare state. This provided free health care and education for all. It still forms the basis of UK social policy 80 years on. 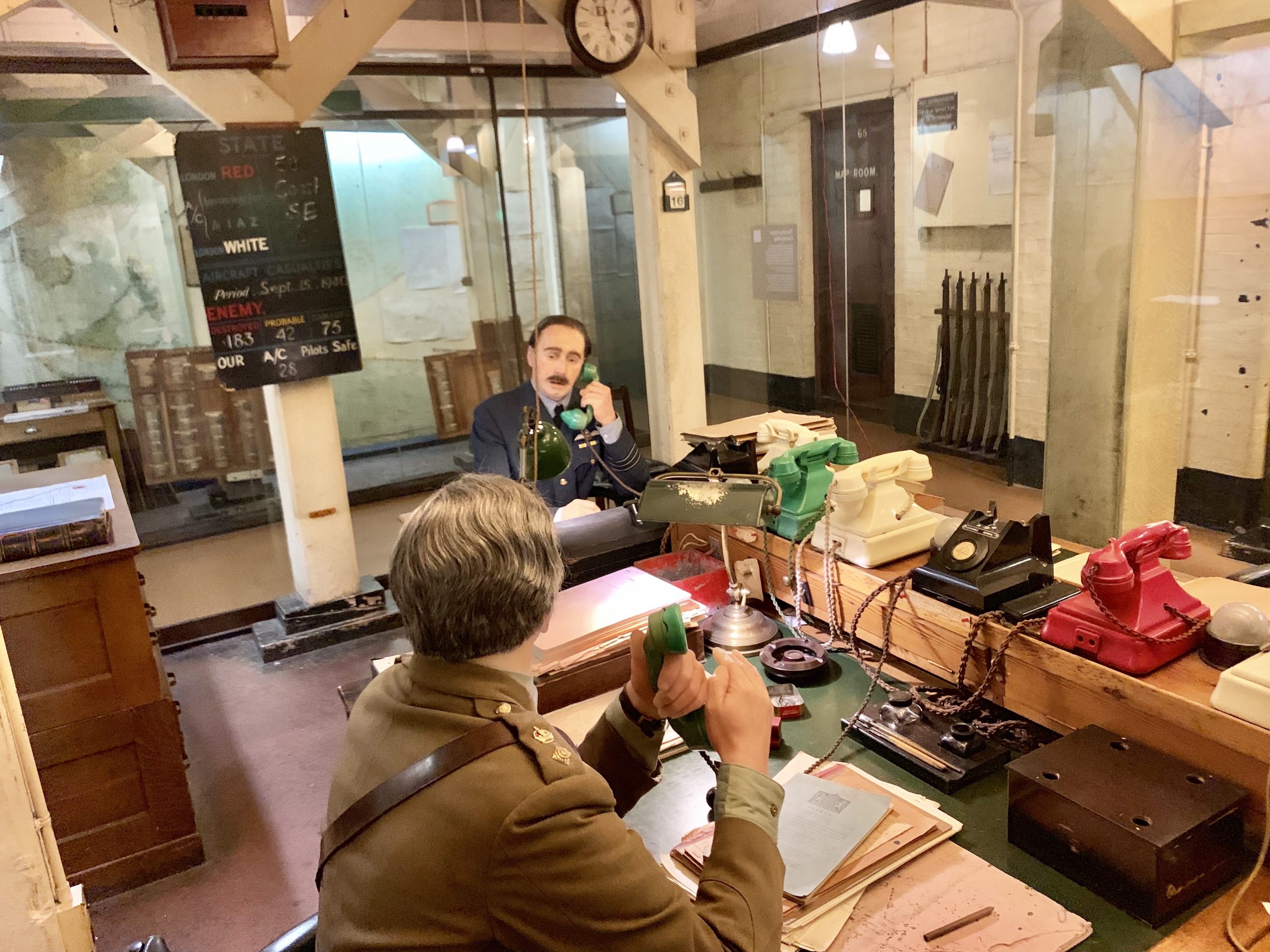 Despite his near-mythic status, Churchill remains a divisive figure. His statue has been on the receiving end of vandalism and protest down the years. His views on race were extreme even by the standards of his day. He was an aristocrat, a product of an anachronistic and unfair class system and an unapologetic imperialist. He faced fierce criticism for the Bengal famine – dubbed today as WW2’s forgotten emergency. Churchill ordered the diversion of food supplies following the 1943 Japanese invasion of Burma. Over three million people died.

Churchill’s funeral was in St Paul’s Cathedral and he is memorialised in Westminster Abbey. His grave, however, is a simple monument near to that of his parents, in the churchyard of Bladon, in Kent. The Churchill story is told at his former Kent home – Chartwell, his birthplace at Blenheim Palace, Oxfordshire and the Cabinet War Rooms under the streets of Whitehall. 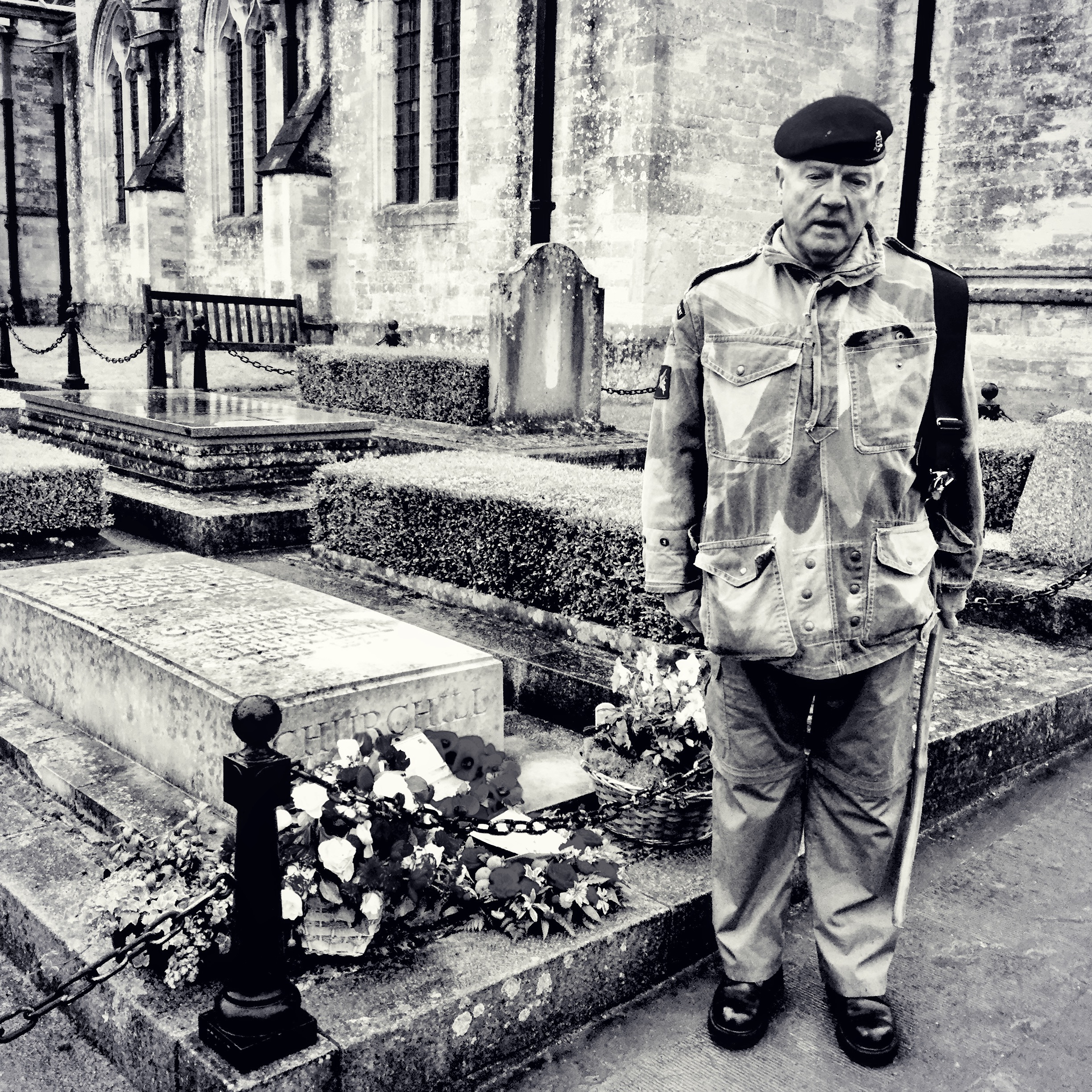 There are statues of Winston across the planet. Three of them were made by the same Meridian Foundry as the Parliament Square artwork. There are also, for those in the know, some additional quirkier reminders of our wartime PM in the capital.

Flame-haired Irish businessman Brendan Bracken was the founder of the Financial Times. He was also information minister in the wartime government. Bracken’s own tribute to Winston takes the form of a sundial featuring the signs of the Zodiac on the exterior of the FT’s HQ – Bracken House, in the City of London. Churchill’s bulldog-like countenance forms its central feature. 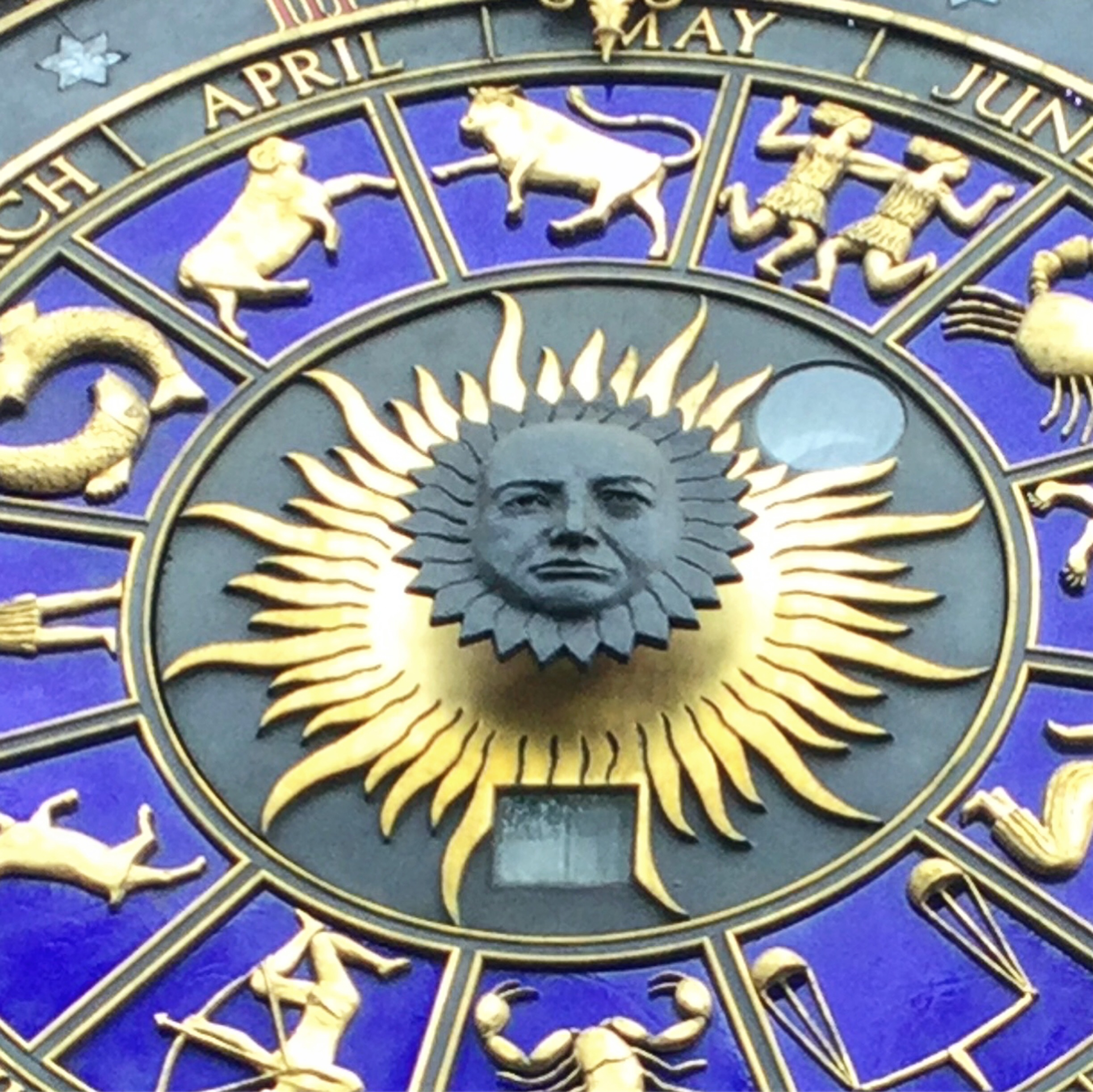 Winston”s face beams out of the sundail on Braken House, the home of the Financial Times. @Meetmrlondoner

The Churchill Arms pub on Kensington’s Church Street spends over £25,000 every year on flowering plants. These are cultivated in 100 pots, 42 baskets and 48 window boxes. The landlord claims this is enough to provide the floral arrangements for 46 average UK weddings. 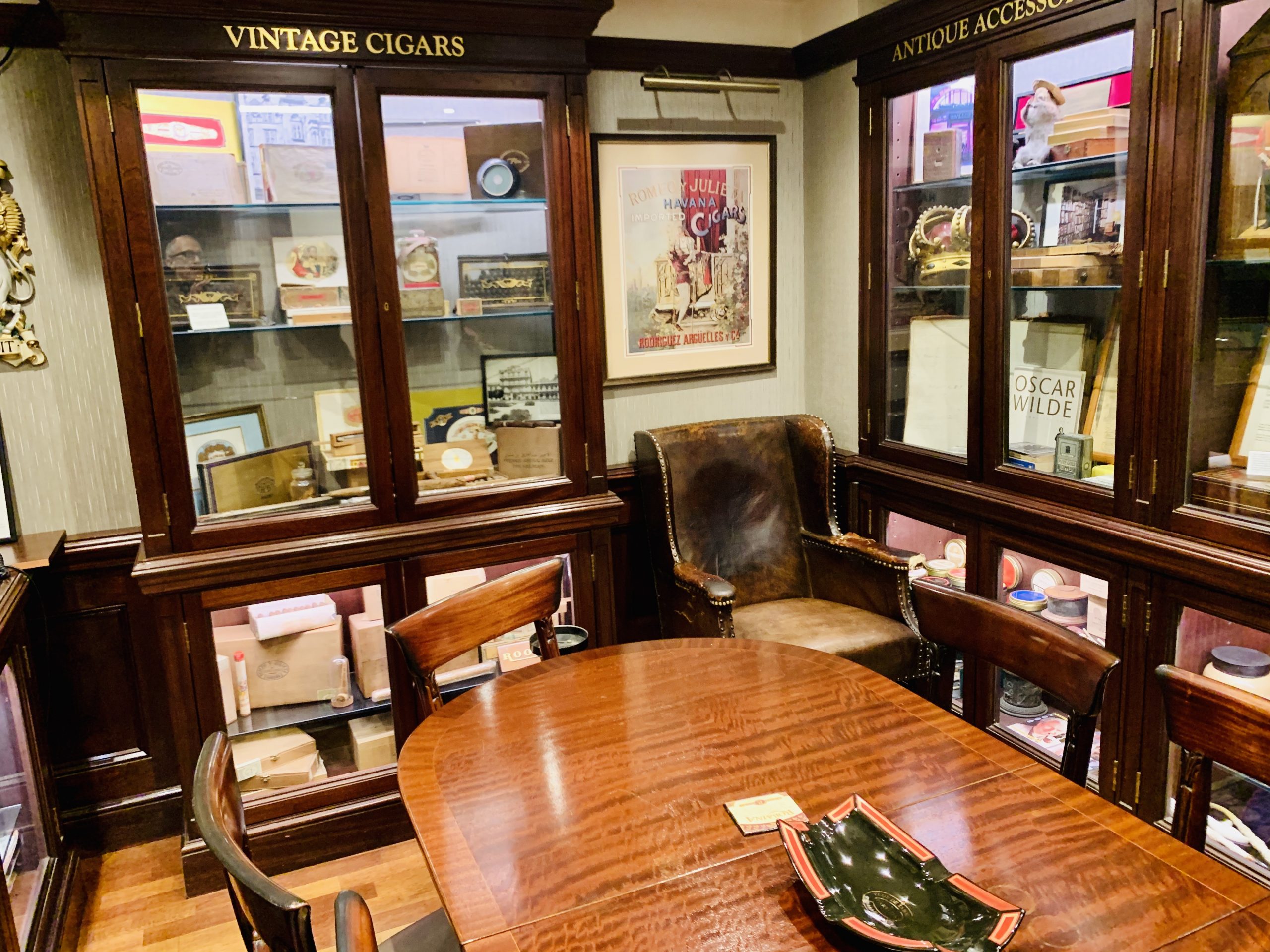 Perhaps the item that most gets to the heart of the man is a solid but unfussy oak chair located in Mayfair. This is where Winston liked to sit and sample cigars at his specialist suppliers – Freddy Fox – in St James’s Street. The retailer survives as a family business, now called James.J.Fox. And the Freddy Fox Museum – with its famously sturdy chair – is in the basement.