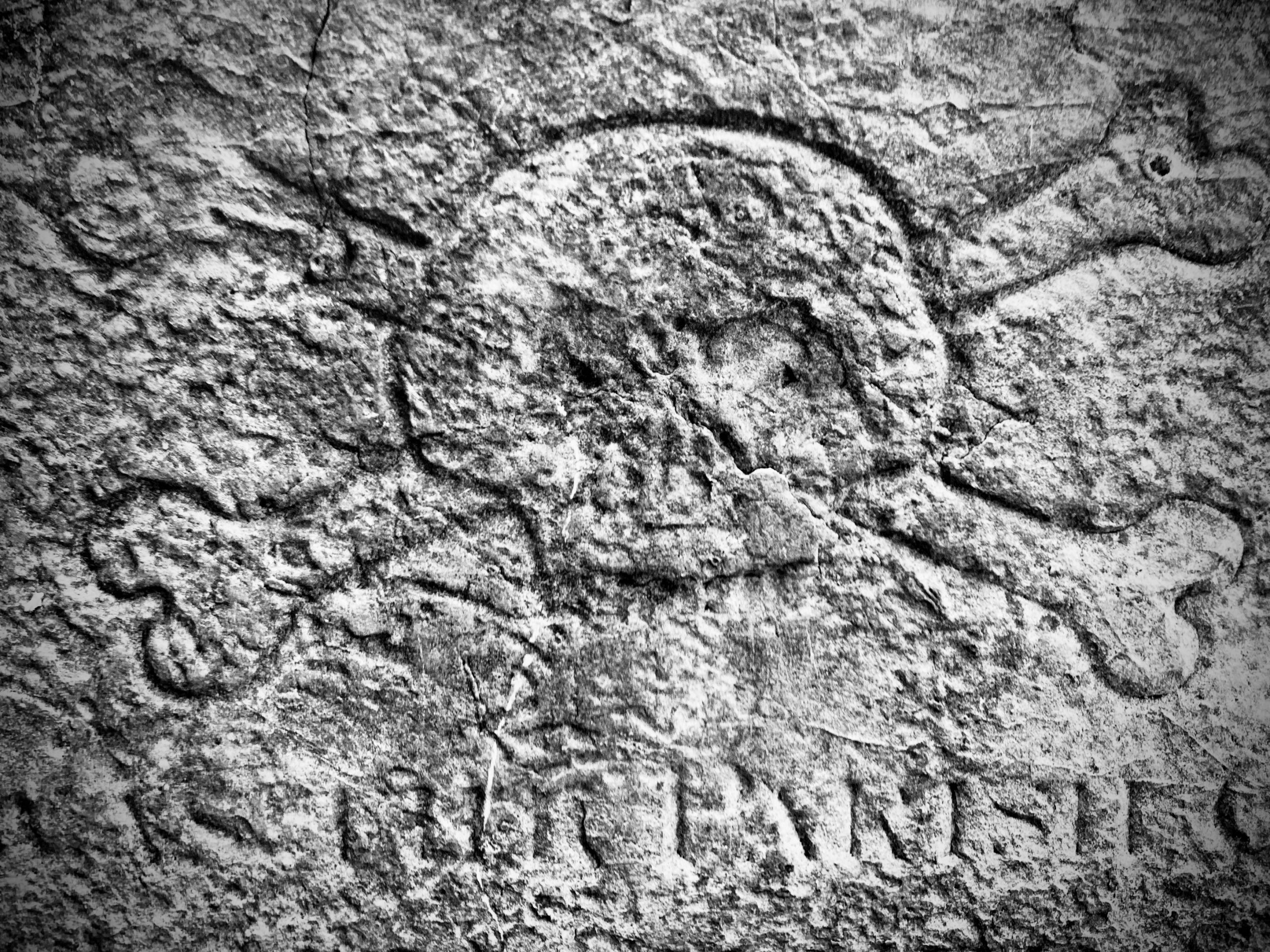 Ghost stories have always walked among us and this Halloween Mr Londoner heads to Smithfield.

Dominated by its ancient meat market, this hidden corner of the City was London’s execution site. Hundreds of 16th century martyrs died horribly in Smithfield, put to death by Henry VIII and, later, his Catholic daughter ‘Bloody’ Mary. William Wallace (Braveheart) was hung drawn and quartered here. Smithfield can also lay claim to a 14th century plague pit, London’s most sensational 18th century haunting and a Zeppelin raid in WW1, which has left its distinctive mark on the neighbourhood to this day.

This blog is not called Tales from the Crypt for nothing. The wonderful 12th century church of St Bartholomew the Great may be familiar to readers across the world because it was here that ‘Duckface’ punched Hugh Grant’s lights out in Four Weddings and a Funeral. 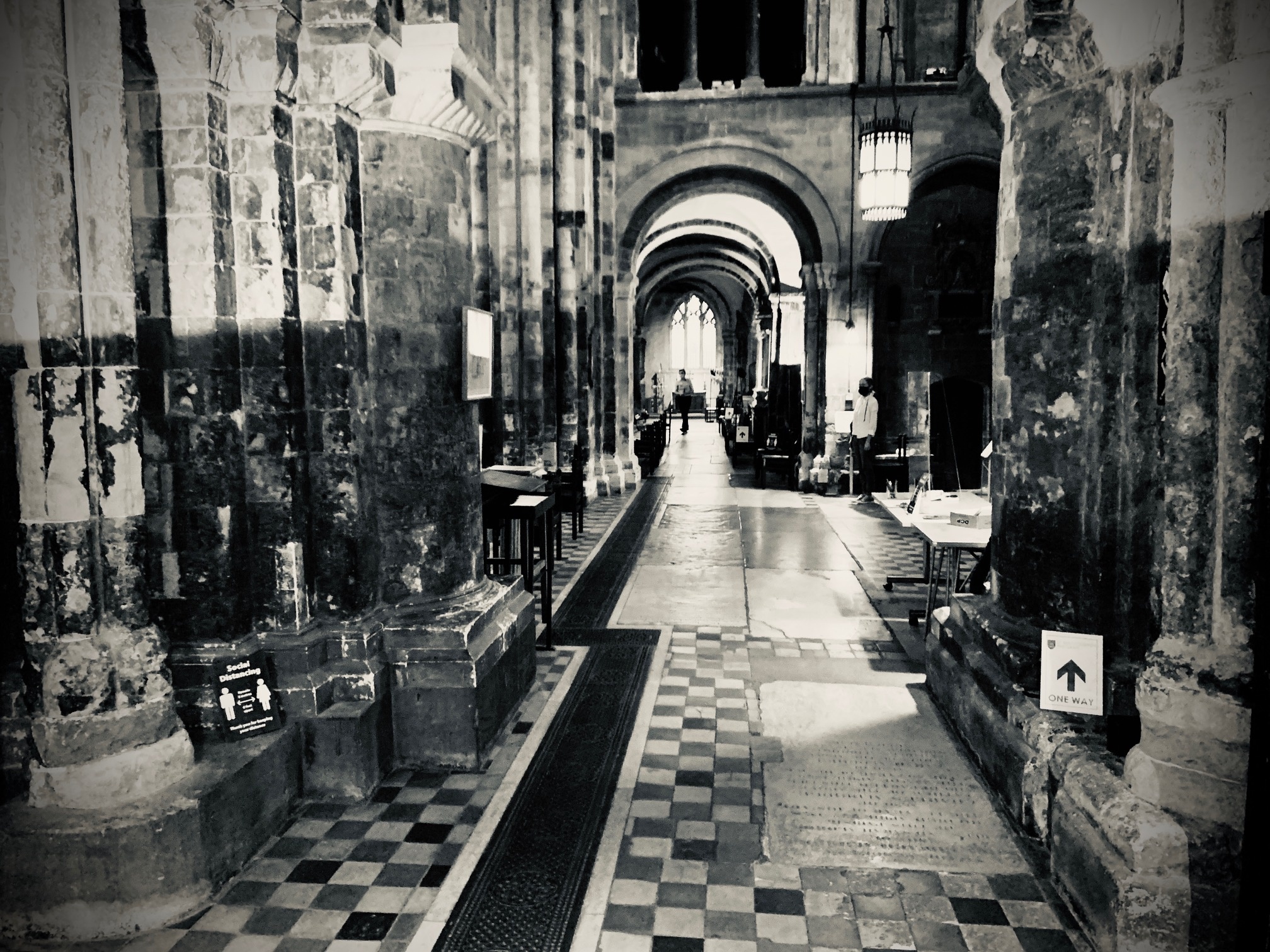 You’d expect a church this old to have its resident ghost and St Barts doesn’t disappoint. It’s reputedly haunted by Rahere, the man who founded the church in 1123. Rahere is variously described as a jester, an apothecary and a politician. He may in truth have been all three of these things. Either way, it’s said he makes an annual appearance on 1July, at 7 am, starting his ghostly rounds in the Lady Chapel, which sits directly over the crypt at the church’s east end. Rahere’s tomb was opened in the 19th century or so the story goes. A sandal was removed from his foot. The missing item was returned to the church but not the coffin. Perhaps Rahere searches for it now?

Rahere is not the only ghost at St Bartholomew the Great. Artist, engraver and satirist William Hogarth was baptised here in 1697. He lived just around the corner in St Bartholomew Close. His ghost is still said to be seen in the cloisters. Other notable spectres include the Duke of Argyll, a priest and a luminous white form, said to be the ghost of a woman. She appears in the central aisle. Altogether more sinister is the dark shape that haunts the ambulatories and ‘emanates evil’. 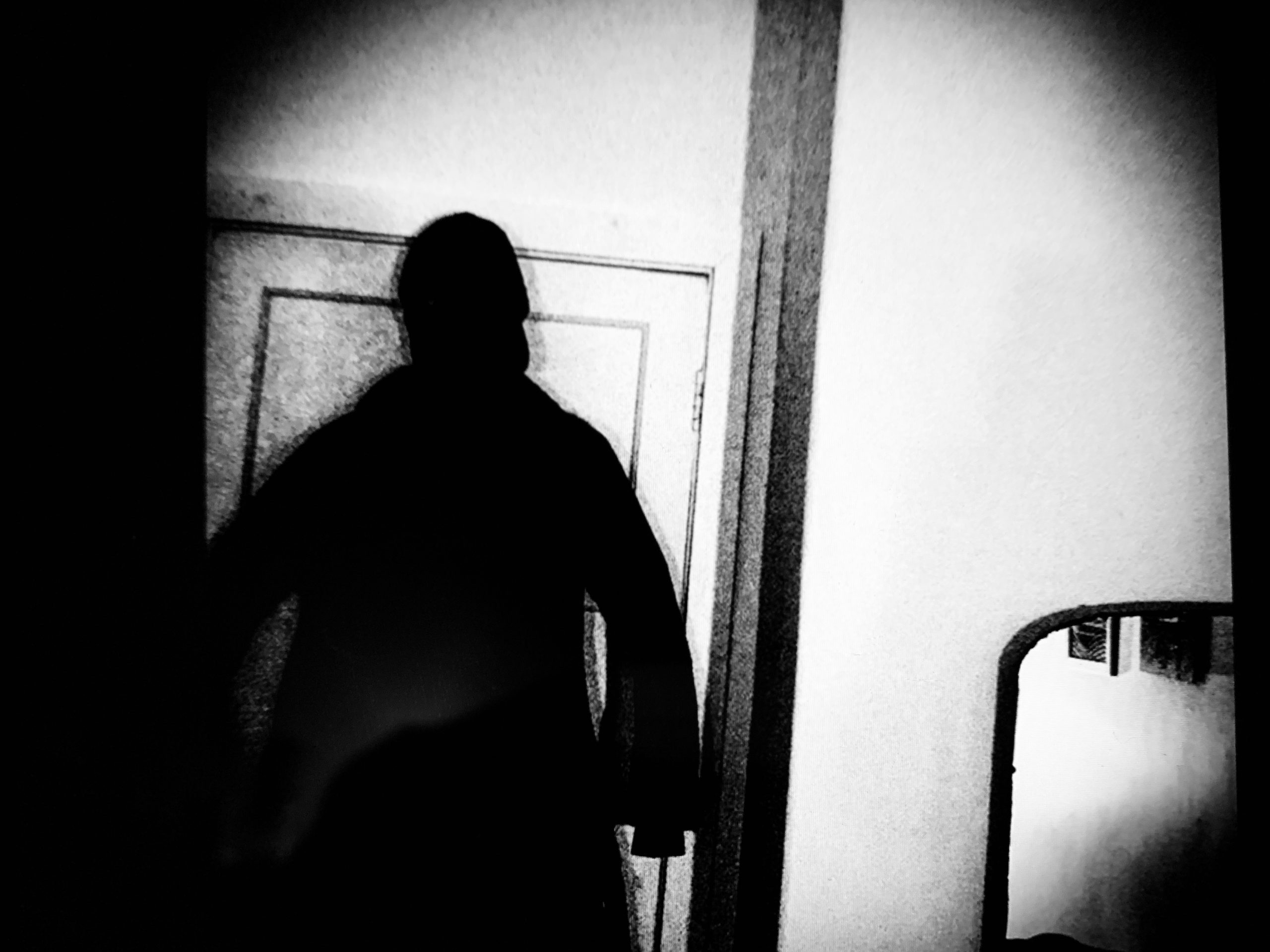 A haunted room – or a hat and coat on a door . Image: @Meetmrlondoner

The Charterhouse today is home to the Brothers. These are traditionally elderly men who’ve contributed to society but need support and company in their old age. Since 2016 women can now join the community too.

Charterhouse has monastic origins dating back to 1343. In 1534, when Henry VIII broke with the Pope and church in Rome, England’s abbeys were dissolved. Most of the monks and abbots were pensioned off but some, including those at Charterhouse, put up a fight. Some 16 of them died as prisoners in the Tower of London. Prior Houghton, their abbott, was executed and his dismembered arm nailed to the door of the building, as a grim warning to others. A monk haunts the former abbey … but we don’t think it’s the armless prior.  The verdant lawn in front of the building was excavated recently for the Crossrail project and the much-delayed launch of the new Elizabeth Line. The skeletons of 14th century plague victims from the black death were discovered and analysed by osteoarchaeologists, using the very latest forensic techniques.

William Wallace – known as Braveheart – fought for Scottish independence but was hung drawn and quartered here in 1305 on the orders of King Edward I. To this day Scottish thistles are left on the memorial. Wallace’s was the first head to be displayed on a spike on London Bridge. It was later joined by those of his brothers John and Simon Fraser. Their severed limbs were displayed across Scottish cities. Strangely, there are no reports of Braveheart’s re-appearance in Smithfield. On stormy nights however, Wallace is said to haunt the ramparts of Ayrshire’s Ardrossan Castle, on the west coast of Scotland.

Around the Wallace memorial are shrapnel marks pockmarking the otherwise elegant stone wall of St Barts Hospital. This is the result of some of the first bombing raids on British civilians. Zeppelins attacked Clerkenwell and Smithfield on 8 September 1915 and, again, on 7 July 1917. These two raids were a grim omen of what was to come during the Blitz, in the next war, which would claim the lives of 20,000 Londoners. 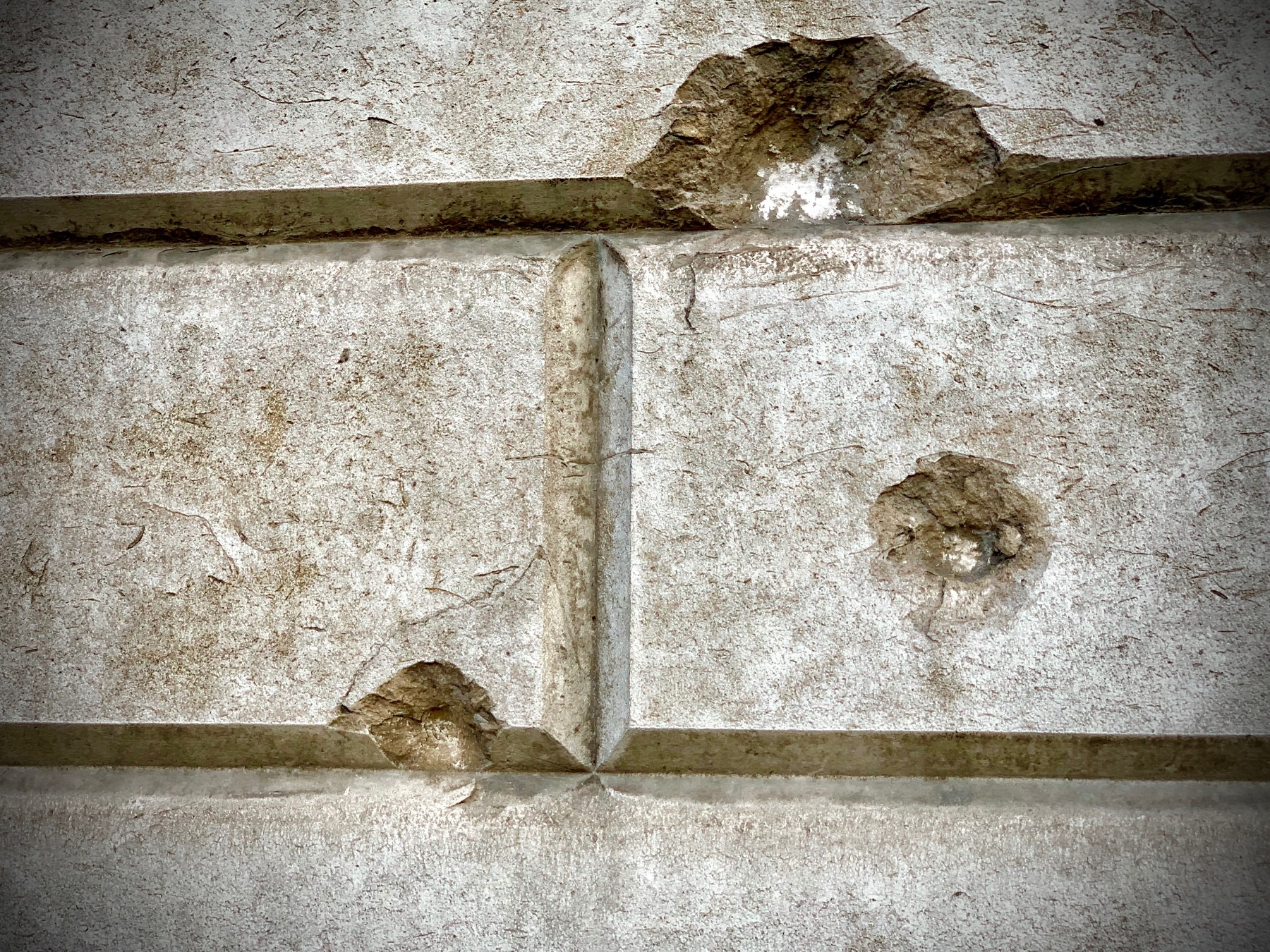 One of the most sensational ghost stories in the capital’s history was that of Scratching Fanny of Cock Lane. In 1762, ghostly happenings were reported from 33 Cock Lane. This modest property was the home of Richard Parsons, an impoverished clerk at the nearby St Sepulchre’s Church and his 11-year-old daughter. The loud knocking was attributed to the cobbler next door, until it was heard one Sunday when the shoemaker’s was closed. Parsons alleged that the ghost was that of Fanny, the recently-deceased lover of his former tenant William Kent. Kent had lent money to Parsons and the non-payment of the loan became the basis of a long-running dispute between the two men.

The great and the good

The story ramped up a gear when a family friend attributed with ‘spiritual powers’, claimed Fanny had been poisoned with arsenic by Kent and was attempting to reveal the fact from beyond the grave. The house became a local attraction. People paid to visit and at times Cock Lane was rendered impassible by the crowds.  Eventually, the case drew the attention of the great and good. The leading lights of the day, including the Duke of York, Horace Walpole, Oliver Goldsmith and the diarist Dr Johnson all investigated the story and attended seances.

The conclusion was however that the whole thing had been a fraud, with the girl, encouraged by her father, to make the noises herself. Parsons was condemned to the pillory (a form of public humiliation where prisoners were locked into wooden stocks and showered with abuse – or rotten fruit – or worse). He also spent a year in jail but was treated well by the other prisoners. Richard Parsons had become something of a local celebrity. The story was referenced in plays and books and the satirical art of William Hogarth (himself now a local ghost you’ll remember). Dickens mentions the Cock Lane spectre in A Tale of Two Cities, Nicholas Nickleby and Dombey and Son.

In an interesting footnote, it’s claimed that Fanny’s coffin was opened in 1854 (Those Victorians seemed to love opening the tombs of the long-dead). Her body was perfectly preserved after 92 years in the grave – a condition consistent with … arsenic poisoning.

Mr Londoner is writer, broadcaster and former Museum of London communications director Antony Robbins. Join him on 30 October at 5pm for Tales from the Crypt – a virtual ghost hunt in Smithfield. Details here.