Think of a picturesque area in England with rolling countryside, stately churches and mansions, and an abundance of reminders of the past and South Yorkshire may not be the first place to spring to mind. And yet it has all those – as yet largely undiscovered. Rosemary Barnes, Yorkshire resident and Blue Badge Guide shares one of her favourite spots – Silkstone, near Barnsley.

The village is home to Pot House Hamlet, an ideal place for a family visit with its petting farm, plant nursery and speciality shops. Originally the hamlet lived off the glass and pottery industries with the remains of a pottery kiln interwoven into the present-day buildings. The water mill has been transformed into a café “The Potting Shed” with views over the stream populated by very tame ducks!

Alongside the stream is the site of the “waggonway”, a means of transporting coal from the local collieries to the Barnsley Canal Basin some 5 miles away. The wagons were horse-drawn and the flagstones on which they ran still remain some 200 years later. Today the waggonway is a pleasant walk for visitors. 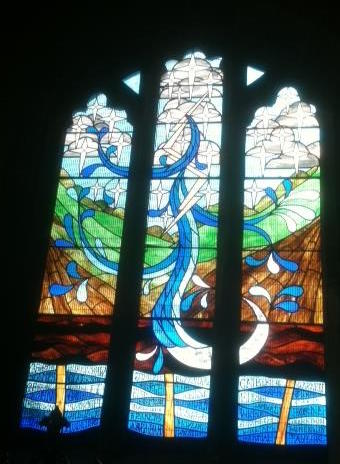 And yet the coal industry also exacted a heavy cost on the people of the time. In 1838 a freak storm caused the Huskar mine to flood trapping 26 children inside. A stone memorial was built on Silkstone Common 150 years later depicting the terrible conditions in which they had to work. The widespread publicity following this accident led to a reform in the law prohibiting children from working underground.

The parish church of All Saints is a fine Victorian building known locally as the “Minster of the Moors” due to its size and commanding position. It is Grade 1 listed. The church houses an exhibition on the lives of the mining families as well as monuments to the local gentry, a branch of the Wentworth family. A native of the area, Joseph Bramah, is also featured – he invented an unpickable lock leading to the saying “It’s a Bramah” meaning particularly fine workmanship. And the children are not forgotten either – there is a stained glass window with 26 crosses, one for each young life lost.

The village has two pubs both with historical connections to enjoy lunch before moving onto one of the other attractions in the area.

With a Yorkshire Blue Badge guide you will get the most from your visit, and you can find out more about Rosemary Barnes here.