If you’re a fan, the Peaky Blinders and their 1920s crime cartel, masterminded by super-stylish-super-villain Tommy Shelby, will need no introduction. If you’ve never heard of the BAFTA Award-winning BBC and Netflix mini-series hit … then you might want to stop reading now.

The show boasts a high-profile ensemble cast with Cillian Murphy as Tommy, Helen McCrory as Aunt Polly and Sam Neill as Major Chester Campbell. All of them sport a style that can be best-described as … untouchable. 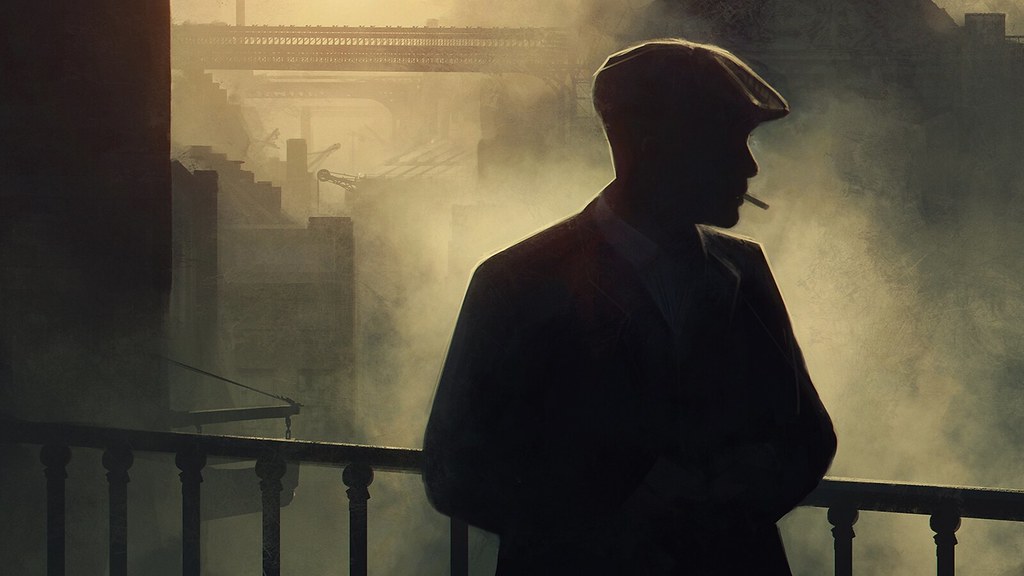 Today, Peaky Blinders is in its fifth series. I suspect filming for a sixth might well be on the way were it not for the lockdown. Not even those highly-persuasive Peaky Blinders can fight a pandemic. The action is set in Birmingham between 1918 and 1929. Filming, however, takes place in Manchester, Bradford, Liverpool, Port Sunlight and the Black Country Living Museum. My colleague and Blue Badge guide for the City of Liverpool and Merseyside Julie Kershaw is a massive fan. Julie an expert on the Peaky Blinder locations, running highly-immersive and stylishly-attired tours in both Manchester and Liverpool. 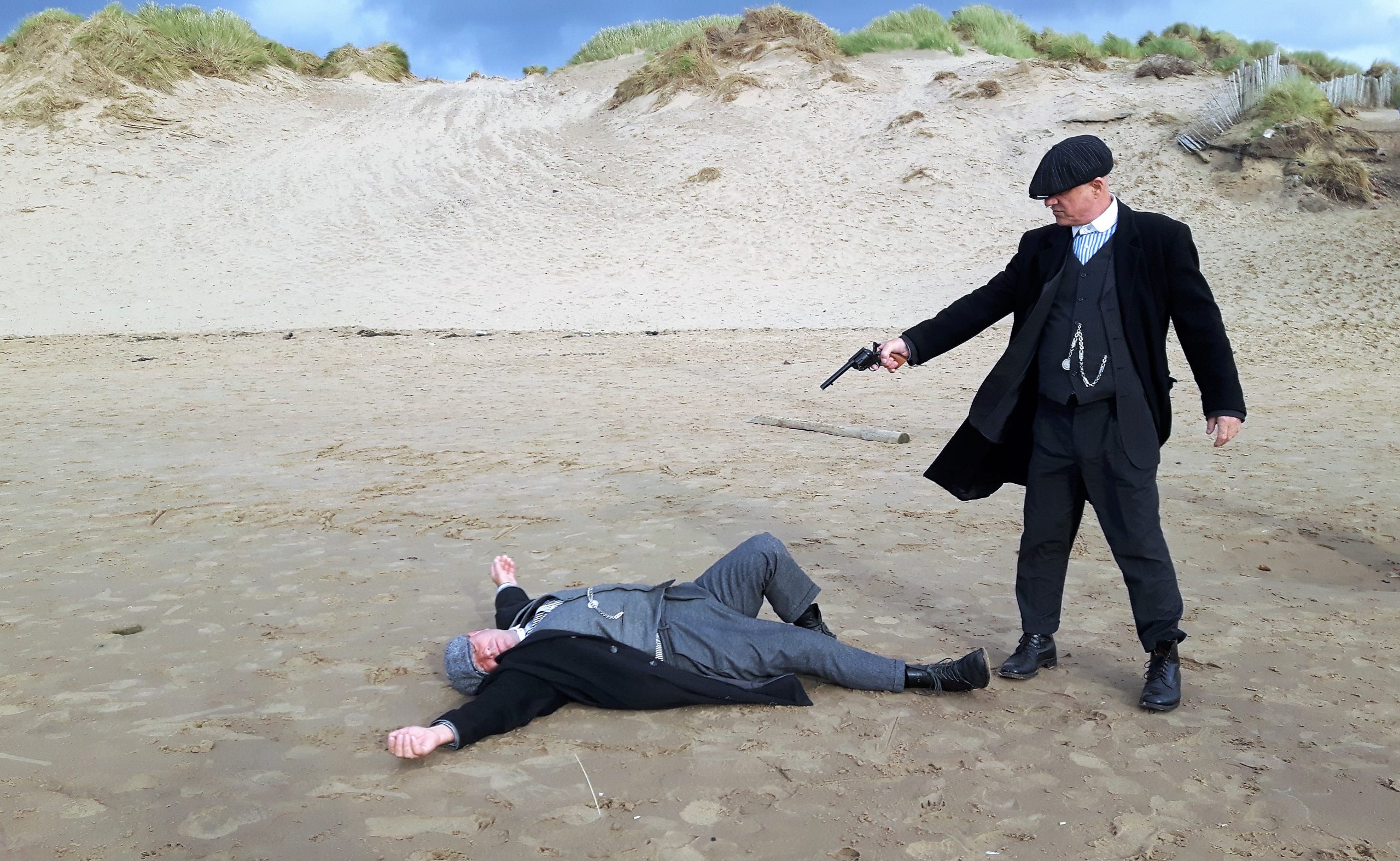 Unlike its sister Netflix series The Crown and Downtown Abbey, none of the Peaky Blinders’ locations are alas filmed in the capital. We can however help you shop the look. London has some of the UK’s very best makers, tailors and vintage boutiques. These are independent businesses that truly understand material, provenance and craft. They also provide a quality and sustainable alternative to today’s fast fashion, so much of which ends up in a landfill.

It’s estimated that Britons spend £2.7bn a year on throwaway fashions. Disposable fashion seems to have a relentless grip on the market. The leading companies (you know who they are) dominate our struggling high streets. They appear to care little about how garments are made – or the true costs of creating ‘cheap’ clothes on both people and the planet. In recent years, some consumers are changing their thinking as we all collectively re-evaluate the way we live our lives, especially post-pandemic.

The Peaky Blinder look suggests something more permanent, more reliable and less driven by the vagueries of fashion. Tommy’s elevated style is one of three-piece worsted suits, fob watches and high collars worn with (and sometimes without) an elegant silk tie. Polly is Tommy’s aunt, the Peakies’ treasurer and the gang’s matriarch. She sports dramatic oriental prints, felt hats and long coats with fur collars. May Carleton and Ada Shelby know how to dress the part too, in their gorgeous flapper dresses and fur coats. This is most definitely not the slouchy look of lockdown. But where to find it?

There are a number of options, catering for a range of budgets. At the top end, there’s certainly no greater joy than having your clothes made. Contrary to popular opinion, not all London tailors are on Savile Row. And they don’t only cater to men. Head to Clerkenwell to Susannah Hall tailors. Susannah offers an ‘Entirely British bespoke experience’. She will craft beautiful clothes in any style – and from any era – for both men and women. 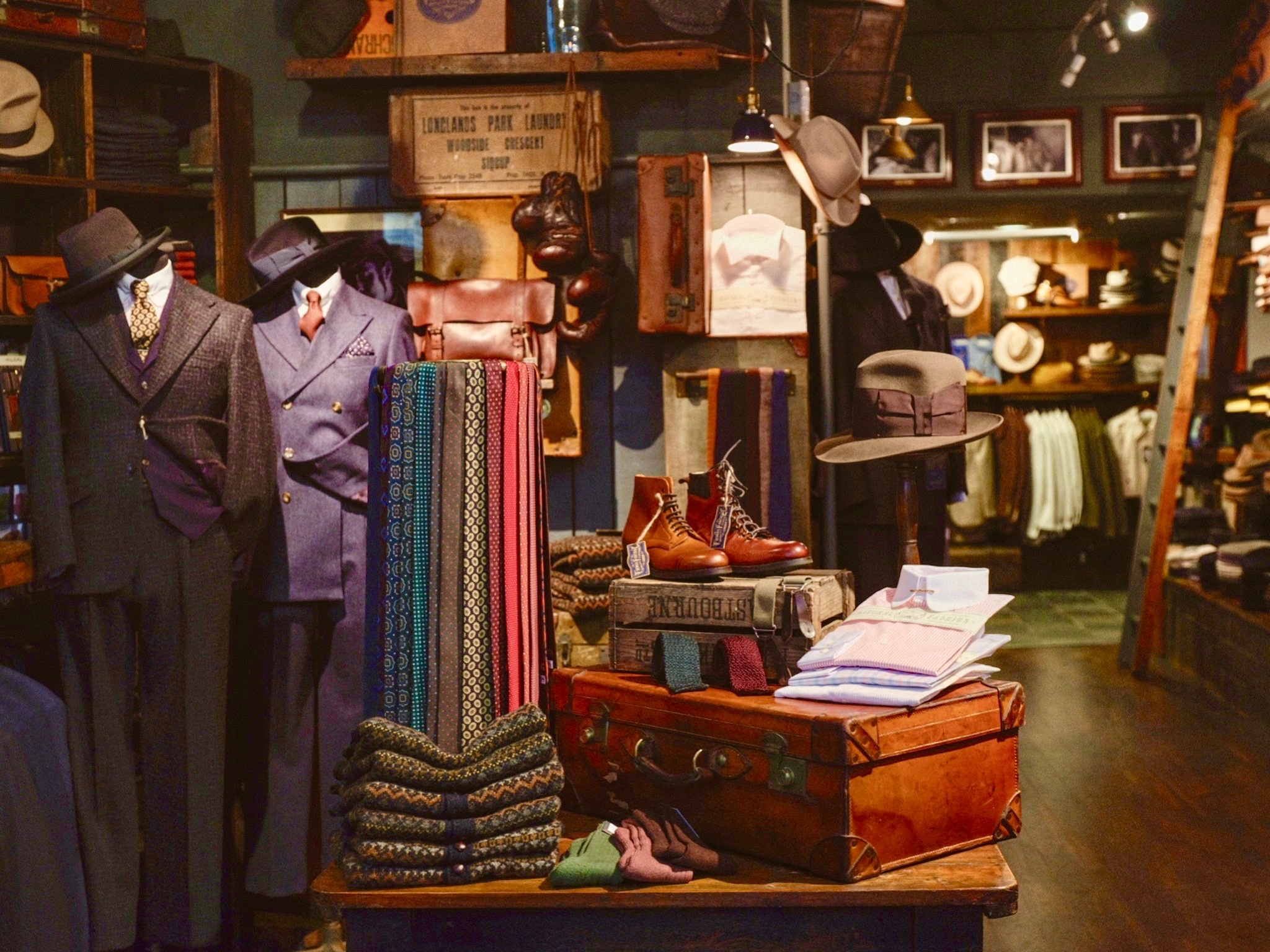 Nestled in charming Museum Street – a stone’s throw from the British Museum – is gentleman’s outfitter, Thomas Farthing. It’s described in the trade press as a ‘tweed powerhouse’. The Penny Farthing bicycle outside lets you know you’re in the right place. Its window is a beautifully-curated collection of silk ties, fedora hats, pocket squares, tie clips, braces (suspenders as they’re called over the Pond) and vintage-era accessories. And of course, there are plenty of ‘news boy’ peaked caps in Harris tweed for the winter and linen for the summer. A visit to this eclectic store is like opening the door of Tommy’s immaculate wardrobe. 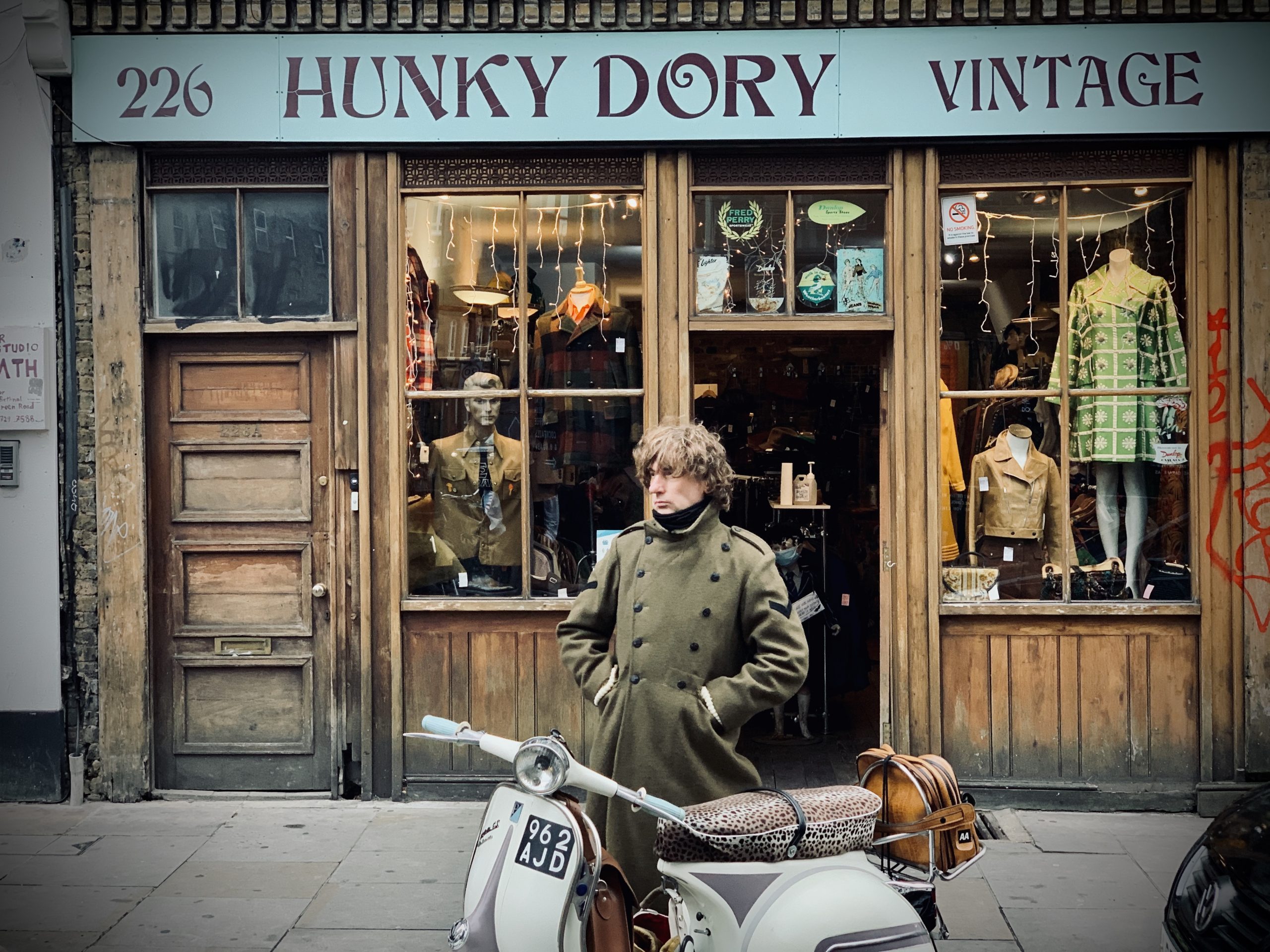 Hunky Dory vintage in Brick Lane is a treasure trove of rare finds. Image by @Meetmrlondoner

Hunky Dory Vintage is in the heart of the East End. It’s at the very northern tip of Brick Lane, famous for its curry houses, street art and hipster vibe. The shop specialises in clothes from the 1920s onwards. Stock is interesting, the owners are friendly and prices are reasonable.

Brick Lane is on the doorstep of Bethnal Green, the birthplace of real-life 1960s crime bosses, the Kray twins. The Krays were truly nasty gangsters and today they’re over-romanticised as folklore anti-heroes. They were nothing of the sort. They were however played as a murderously-stylish pair by Spandau Ballet’s Kemp twins – Martin and Gary – in The Krays (1990). And Tom Hardy played both brothers in 2015’s Legend. 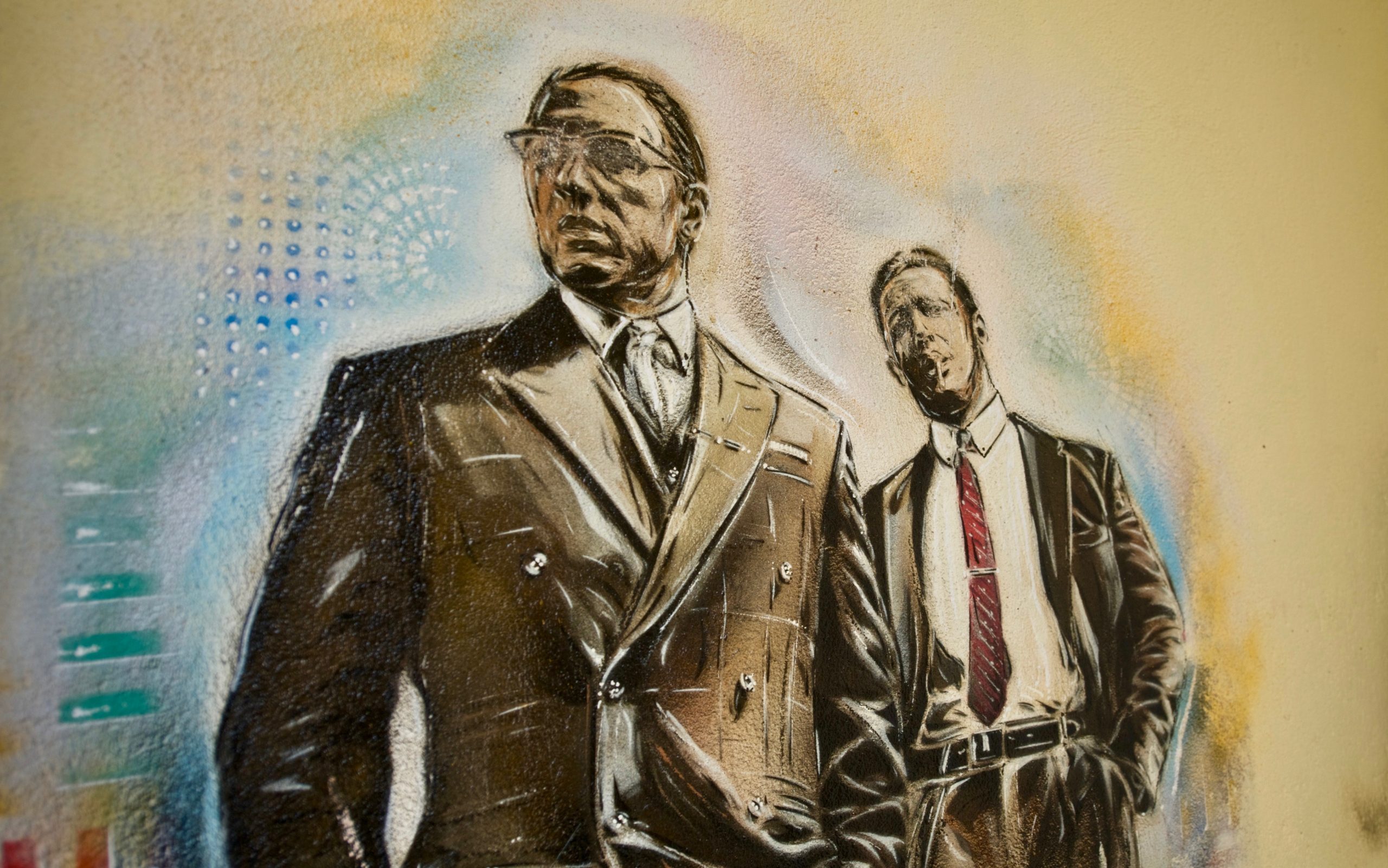 Covent Garden’s Vintage Showroom is a stand-out provider of some truly rare pieces, some dating back to the early 1900s. Prices reflect the rarity of the stock and the central London location. The place is certainly worth a visit however, especially if your vintage tastes are towards militaria from the 1920s to the 1950s. 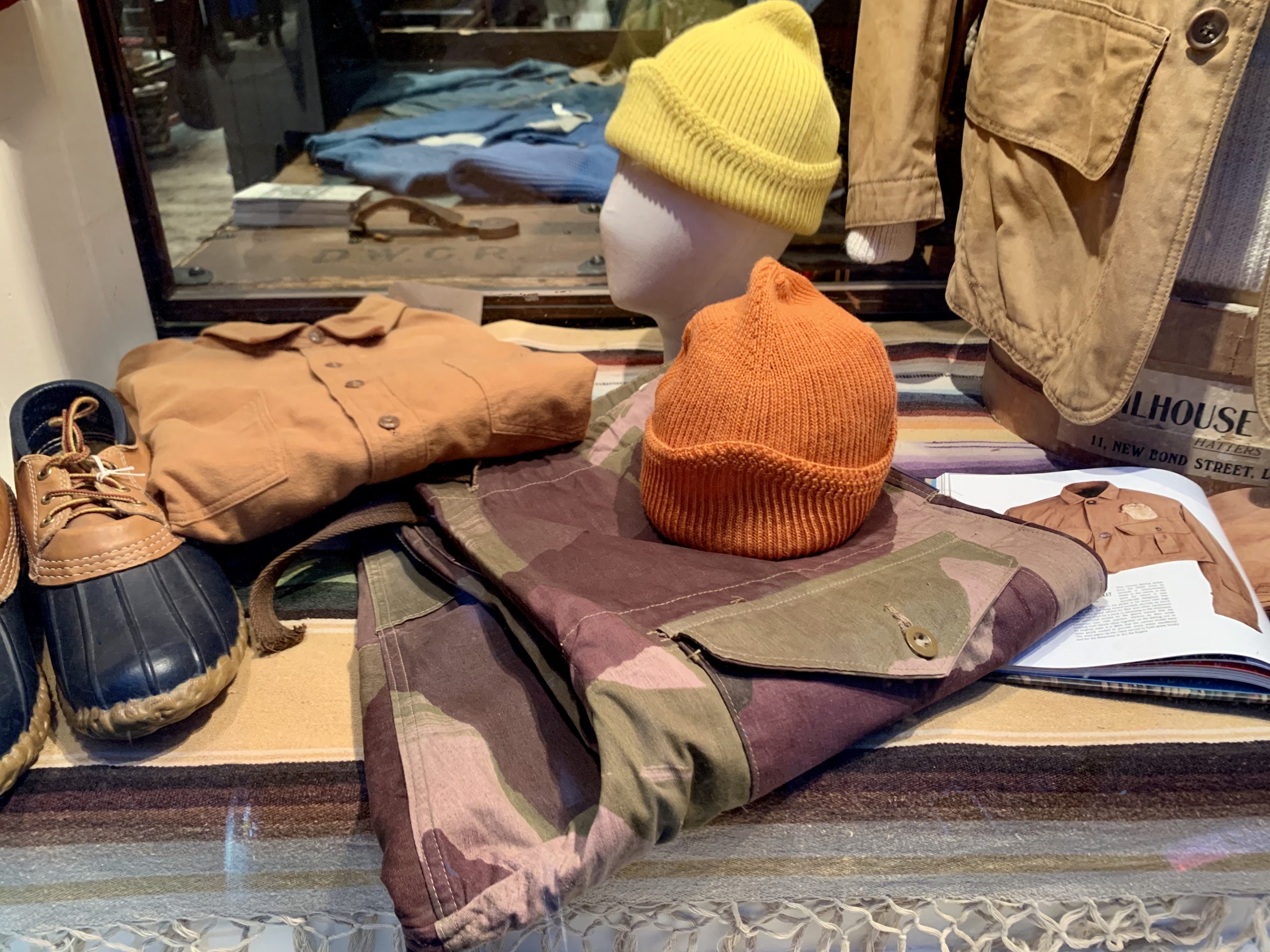 The Vintage Showroom in Covent Garden. Image by @Meetmrlondoner

Tommy and his gang favour stout, but smart, working men’s boots, which wouldn’t look out of place on a parade ground. The family-run Joseph Cheaney and Sons have manufactured quality footwear since 1886. With a proud heritage and seven shops in central London, it supplied the Peakies’ production team. Its beautifully-utilitarian Jarrow boot would fit the bill perfectly if you wanted footwear with just the right period look.

Bricks-and-mortar purveyors of really high-quality vintage and vintage-inspired clothing are getting harder to find these days in London – and indeed beyond. High rents, Covid-19 and the rise and rise of internet shopping have made for a hostile retail environment. But independent makers are still out there, if you know where to look. 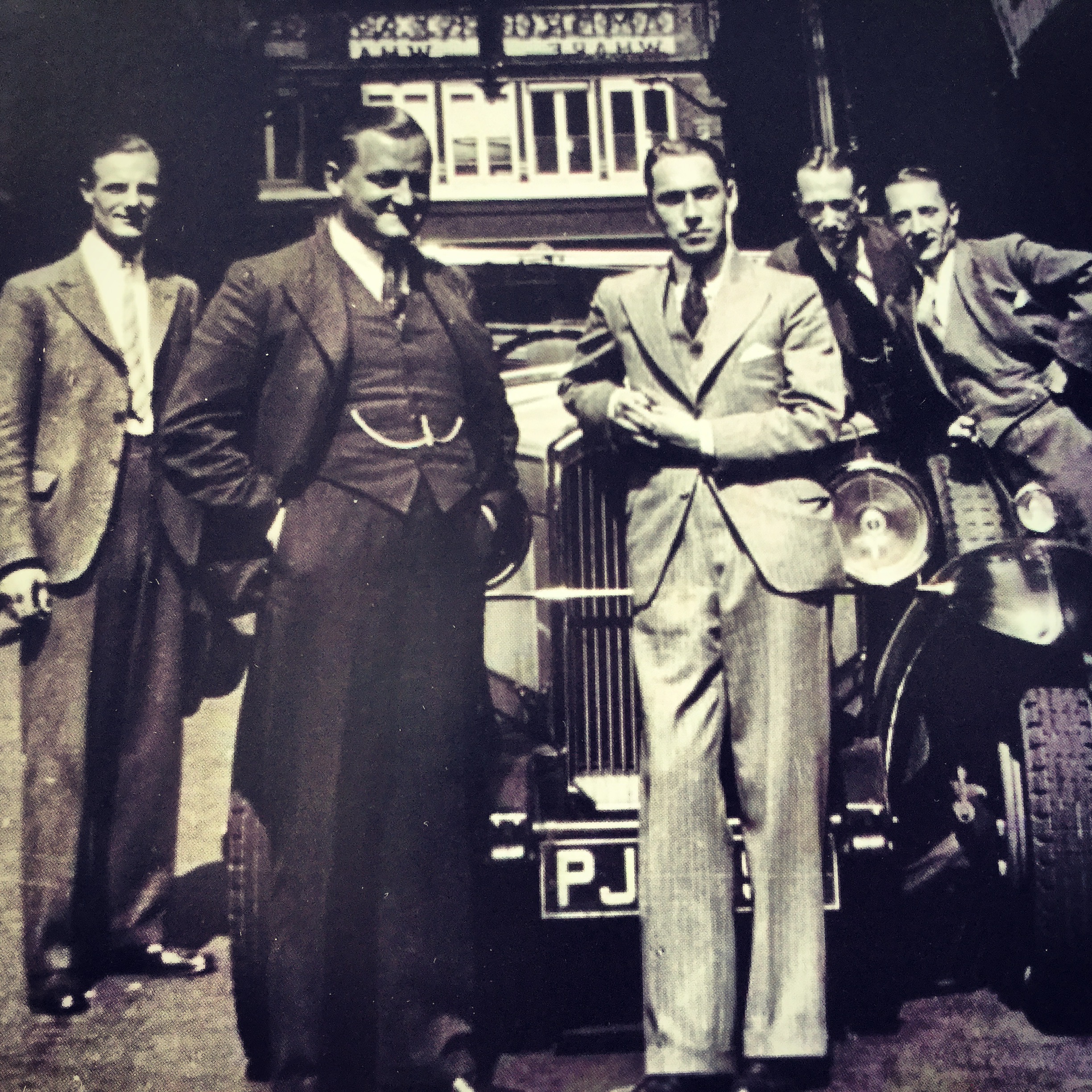 The Grey Fox blog is a recommended read for older men who still want to dress well. It also has a pretty comprehensive list of British manufacturers of shoes, suits and tailoring, shirts, umbrellas, leatherware and accessories. Peckham Rye was born out of a tailoring tradition going back over the centuries. Today it’s a great online source of vintage-inspired clothing – with the quality to match. 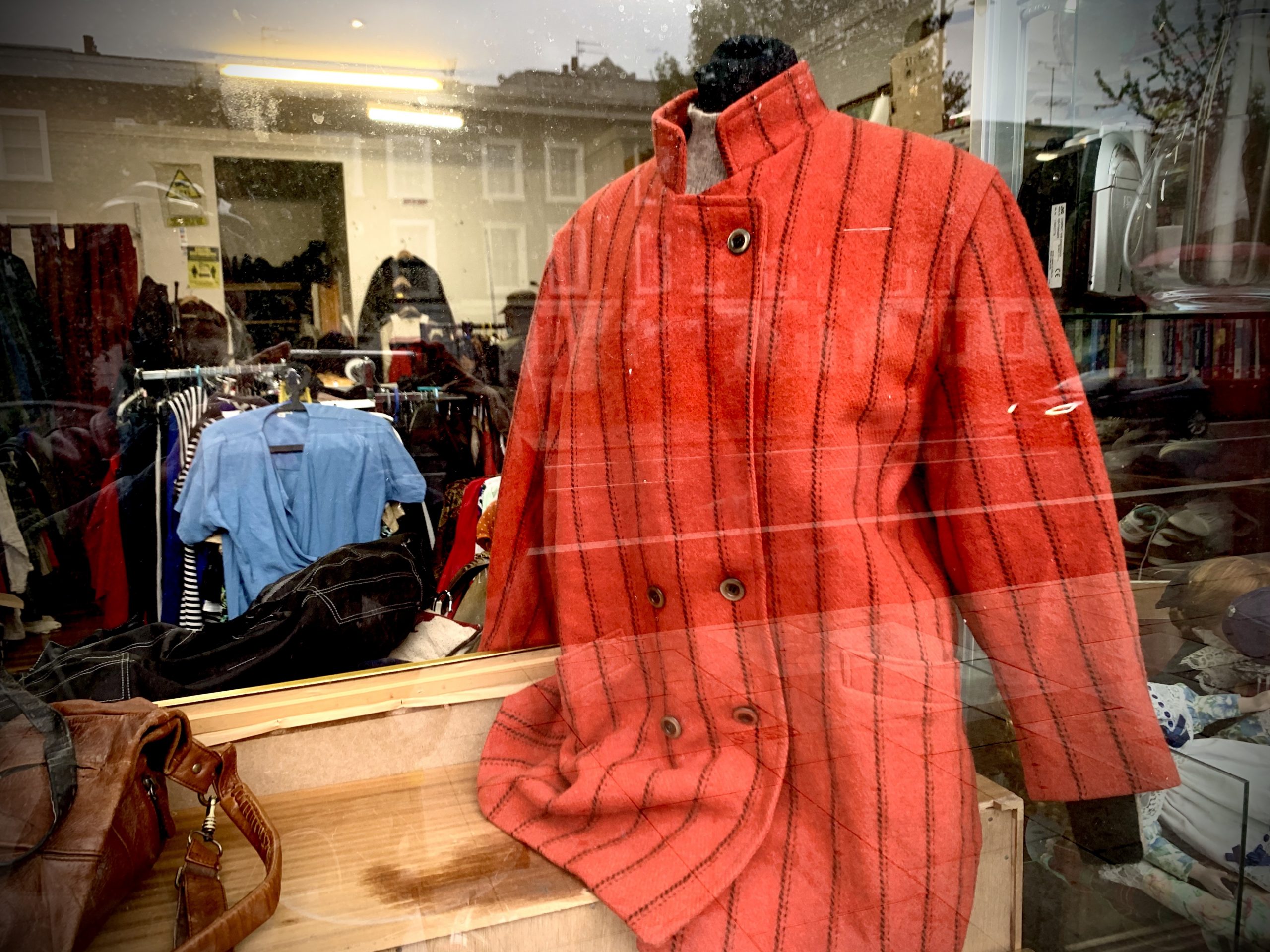 A final mention must go to London’s charity shops. They support some of the UK’s 185,000 good causes – from international development to combatting homelessness and disease. They are currently bursting with stuff, people having had massive post-lockdown clearances. So now might be a good time to grab that faux-fox-fur stole or a Harris Tweed peak cap or, perhaps, even a collarless shirt from the 1930s. You too can look like Tommy Shelby.