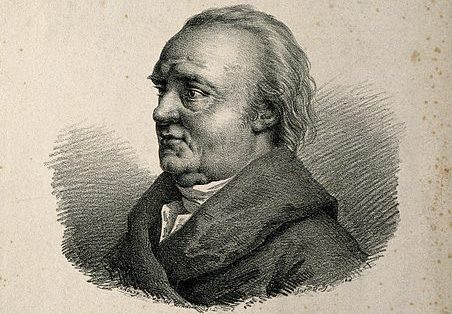 This month we celebrate the birthday of the astronomer Willam Herschel, a German-born British astronomer and composer, who was famous for confirming the existence of the planet Uranus. Born in the Electorate of Hanover (in what is now Germany), William Herschel emigrated to Great Britain in 1757 at the age of nineteen, and until today we can find several places across the country associated with his life and work.

A good place to start is London – particularly in Westminster Abbey, where lies a memorial to him next to his son John Herschel, who was also an astronomer who worked at the University of Cambridge. Finding and naming a planet in the Solar system is not a small feat (curiously, Herschel initially called the new planet the “Georgian star” after King George III – a good idea as it made him look good for the monarch, bringing him favour… But the name didn’t stick, particularly in France. The planet was called “Herschel” until the new name, Uranus, became official). 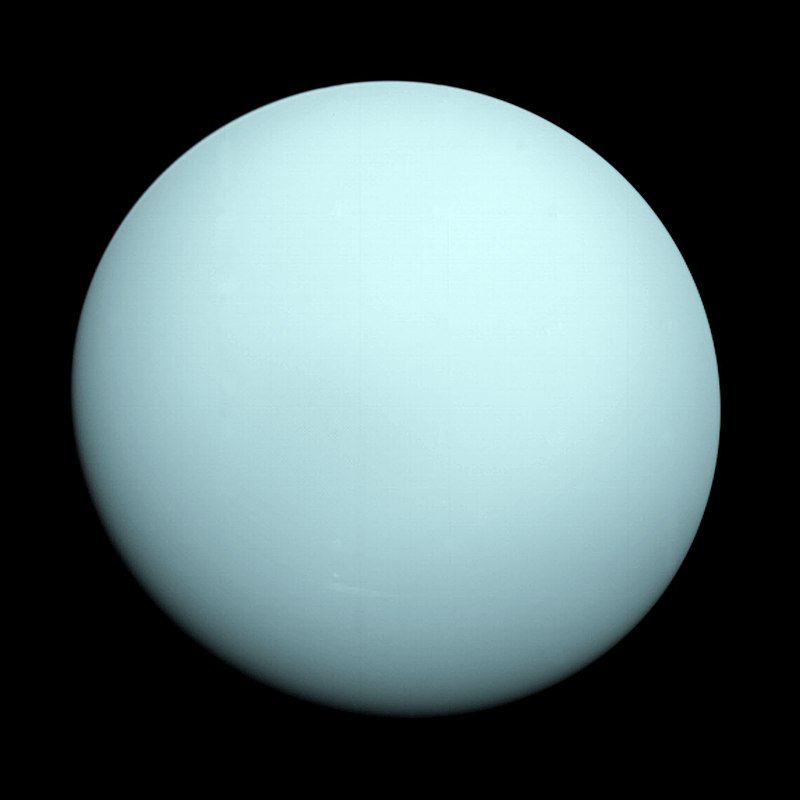 Uranus, discovered by Herschel in 1781. Image in public domain

To understand the significance of Herschel’s discovery, we need to look at another memorial – particularly, the one dedicated to the most famous resident of Scientist corner in the Abbey: Sir Isaac Newton. If we look at this grand memorial, built by William Kent, we’ll notice a plaque illustrating the many discoveries made by Newton, including his contribution to astronomy – and, most strikingly, the six planets Newton would have observed in the night sky during his time (Mercury, Venus, Earth, Mars, Jupiter and Saturn). Uranus was the first planet discovered since antiquity and the only planet discovered by careful observation of the night’s sky, in contrast to Neptune that was predicted by Mathematics and later observed. That made William an unlikely hero of astronomy, as he came from Hanover, home of the Hanoverian Dynasty, the Georgian Kings of Britain.

But William Herschel’s life was not all about the sky – there were plenty of earthly activities too. Herschel headed to Bath, what was at the time the most fashionable spa town in Britain (if not Europe!) to work as an organist. During his time there, he found a smart but small townhouse in New King Street with a garden – a house that, today, is the Herschel Museum of Astronomy, a lovely place to pay a visit.

Also, William soon sent for his sister Caroline saved from a possibly unhappy marriage to become initially a housekeeper for him. Her role, however, was far more important than that: she became his research assistant and an important scientist in her own right – something we would call a comet hunter. 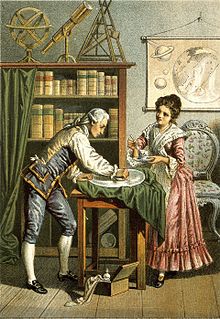 Next to the kitchen, in the basement of the house is the workshop that William used to make his telescope mirrors. Although the telescopes you can see on display in the museum are made of wood, they had increasingly complex mirrors made of heated mercury. From there you can also access the garden where William and Caroline would spend many nights observing that strange wandering star. William would observe, while Caroline would write down the position of the star. Their discovery means that Bath could claim to be the only city in the world where a planet was discovered. 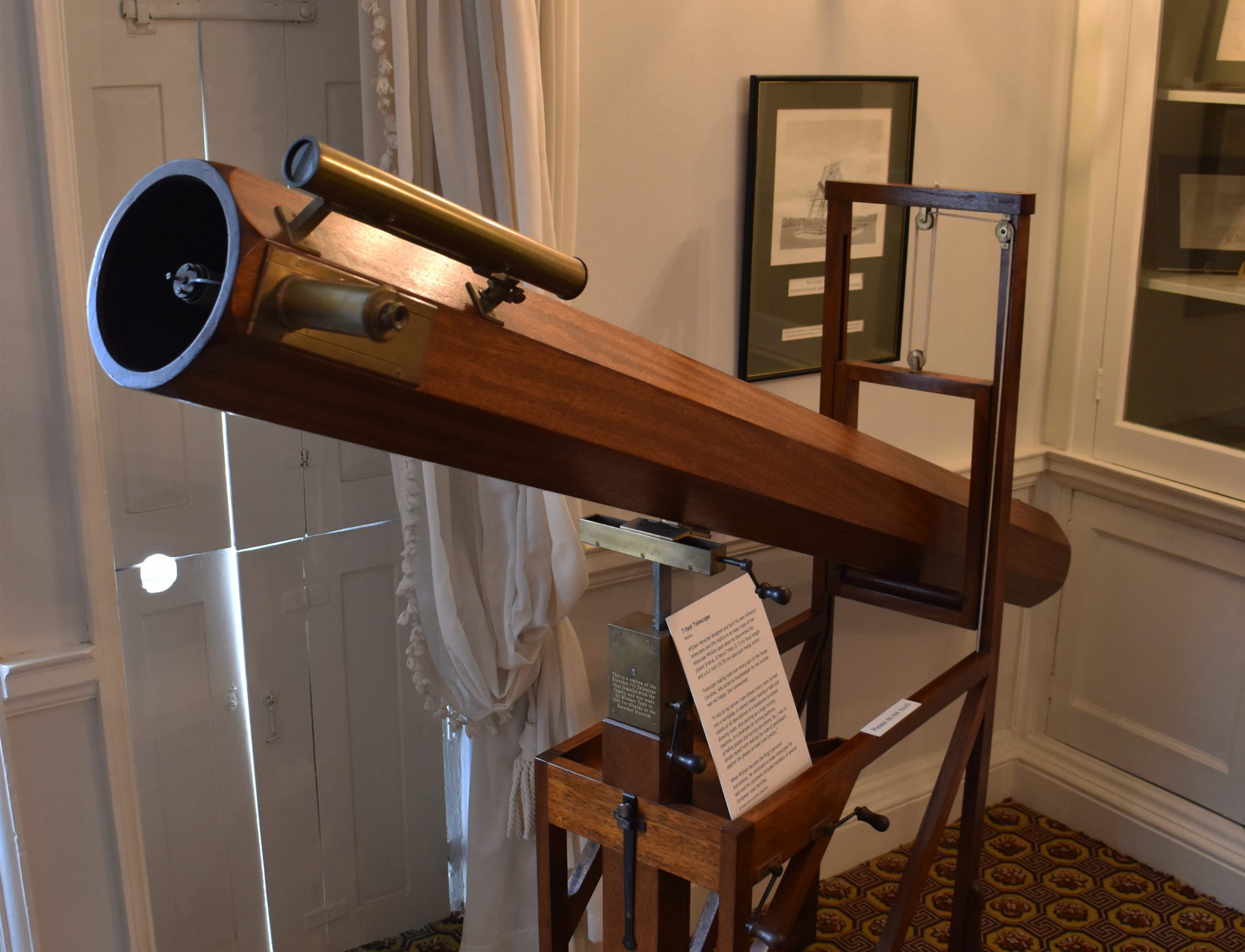 One of Williams wooden telescopes. Image by Aaron Hunter at the Herschel Museum of Astronomy

But as the planet discovery brought them favour with the King, it also led William and Caroline to move much closer to the monarch’s residence in Windsor, choosing the somewhat unlikely town of Slough where they could devote their time to science. Sadly the house in Slough that the Herschels lived and William’s son would grow up no longer stands. 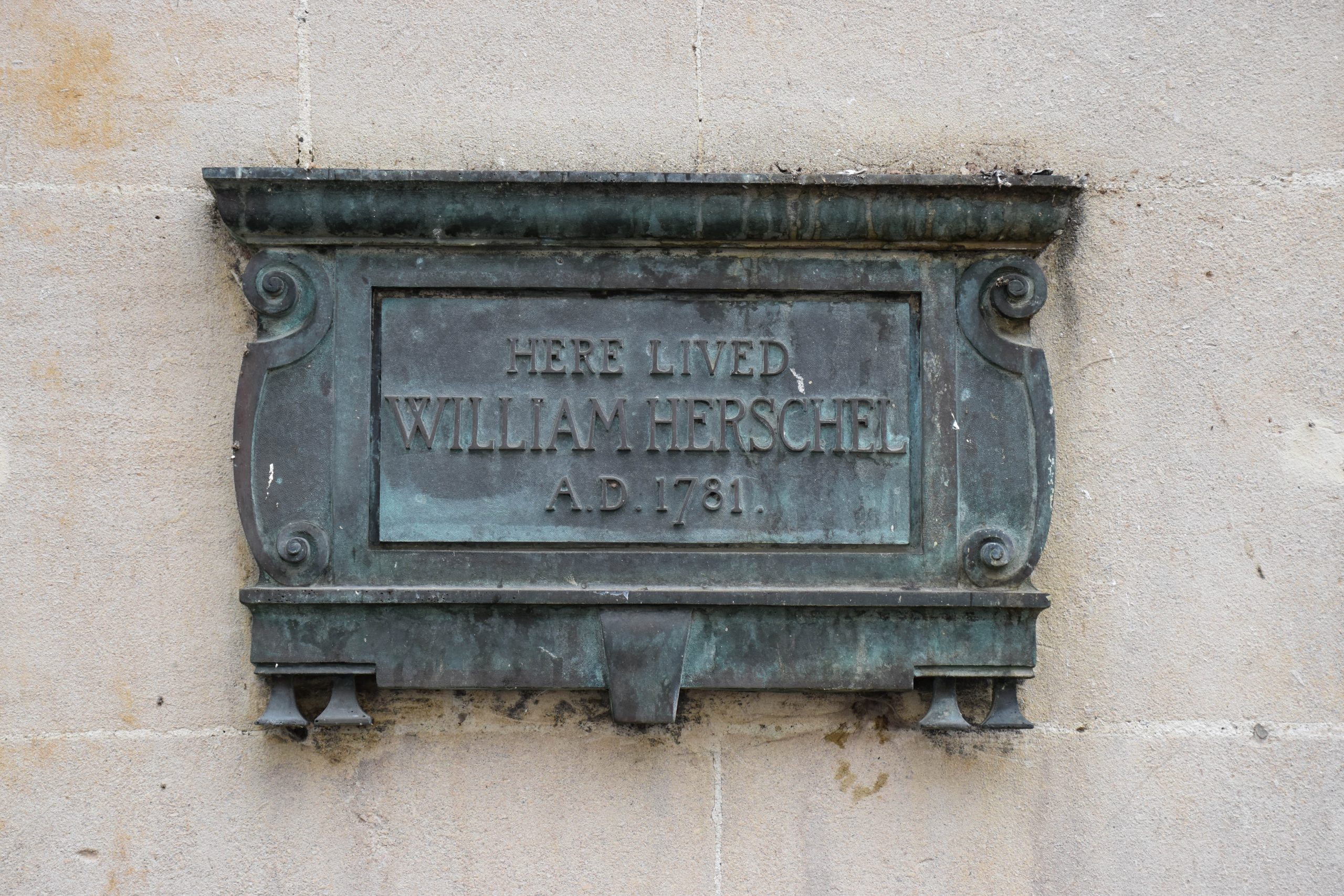 Another important royal connection was the fact that William and Caroline were one of the distinguished guests of the Astronomer Royal at Flamsteed House, now part of the Royal Observatory, Greenwich. As you enter the observatory you can see a large fragment of the much bigger telescopes that the Herschels were constructing in Slough to observe more stars and comets with an increasingly greater resolution. One of these large mirrors can be seen in the Making of the Modern Gallery in London’s Science Museum, along with a wooden telescope that was specially made by William for his sister. 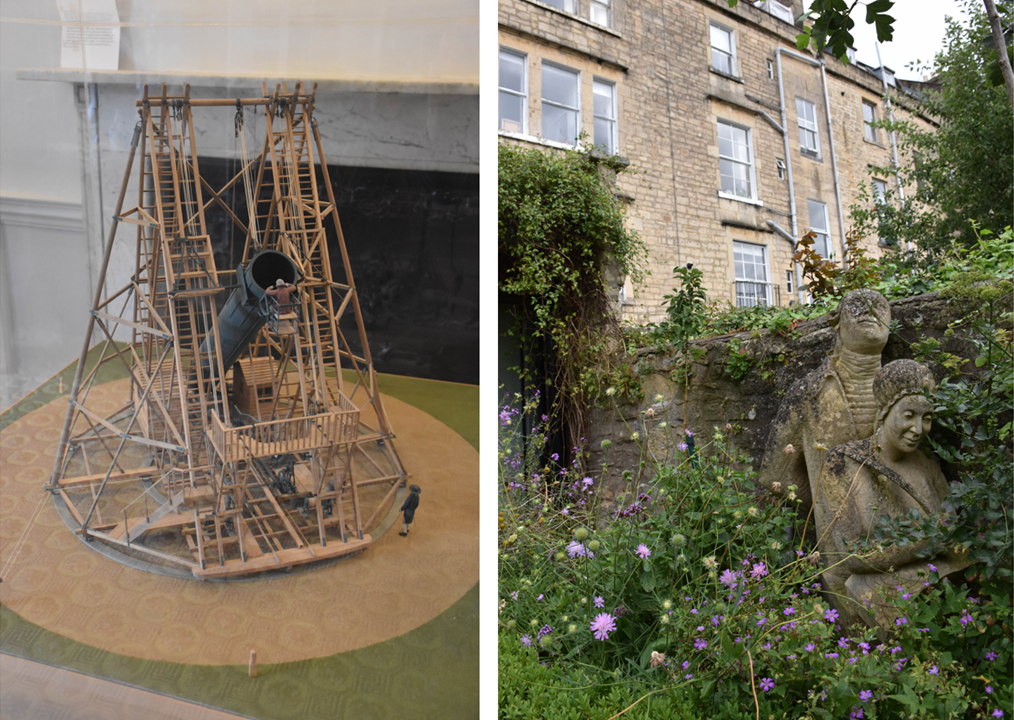 On the left: A model of the Williams great telescope in Slough. On the right: Modern Statue in the Museum Garden of William and Caroline Herschel. Images by Aaron Hunter at the Herschel Museum of Astronomy.

John would follow in the footsteps of his father and aunt and would go on to become a great astronomer. John would look again at “King George’s star” now renamed Uranus to match the other classical names of the planets (Uranus was one of the Greek primordial deities that, according to mythology, was the father of Saturn). With much more powerful telescopes, John would observe the moons around the planet.

Today as I cross Herschel Road in Cambridge to go for lunch in college, I remember those amazing discoveries. John would get the ultimate honour, being buried in Westminster Abbey while his father would be laid to rest in St. John’s church in Slough, not far from where he built those enormous wooden telescopes. But William is still remembered and celebrated both in Slough, Bath and London – as well as any place where we can just look up and gaze at the stars in both silence and wonder, just like he did so many times in the past. 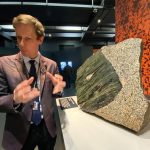