In 2022 we celebrate the Queen’s Platinum Jubilee. Throughout those seventy years every Easter on Maundy Thursday, the Queen has presented special ‘Maundy money’ to local pensioners in a UK cathedral or abbey.

The money is specially minted and presented to an equal number of men and women, the number is dependent on the age of the monarch, for example, when the Queen was 90 years old, 90 women and 90 men were presented with the money. Each recipient receives two small leather string purses. A red purse containing ordinary coins, and a white one containing silver Maundy coins, which amount to the age of the Queen in pence, for example, 90 pence when the monarch was aged 90.

The service originates from the day before the crucifixion when Jesus washed the feet of his disciples and commanded them to ‘Love one another’. By the 13th century, the Royal Family adopted a similar ceremony. 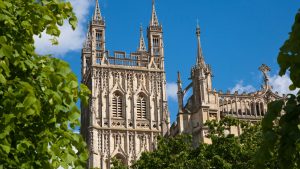 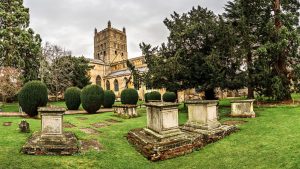 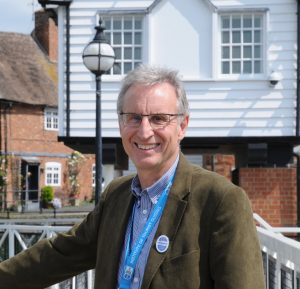 Phil Halling is Heart of England Blue Badge Guide. Born in Gloucestershire, Phil grew up on a working farm in the north of the county. He has worked in the photographic industry and as a tutor in further education. After early retirement, Phil retrained as a Blue Badge Tourist Guide and now enjoys sharing his knowledge gained though his years of exploring the region. Although widely travelled around the world, he has lived in the counties of Gloucestershire and Worcestershire all his life.