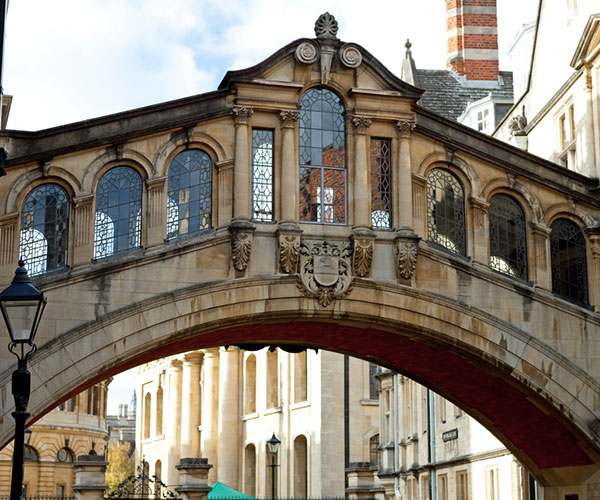 Oxford and the Cotswolds isn’t just an area of outstanding beauty. It’s also where many familiar TV shows and films have been filmed. Our Blue Badge Guide Isobel Lewis does private themed tours in the area. Here she takes us round 8 of the key filming locations in the area.

Starting in Oxford you will have a chance to visit this famous medieval university city and visit some of the university colleges and areas of the city used for the filming of Harry Potter, His Dark Materials, The Golden Compass, Transformers 5, Mamma Mia 2, Shadowlands, Inspector Morse, Lewis and Endeavour.

One of the oldest towns in England, Bampton was known as Bampton in the Bush once upon a time. These days it is better known as the village of Downton in the popular TV series Downton Abbey, with the local church, library and several houses being used for filming. 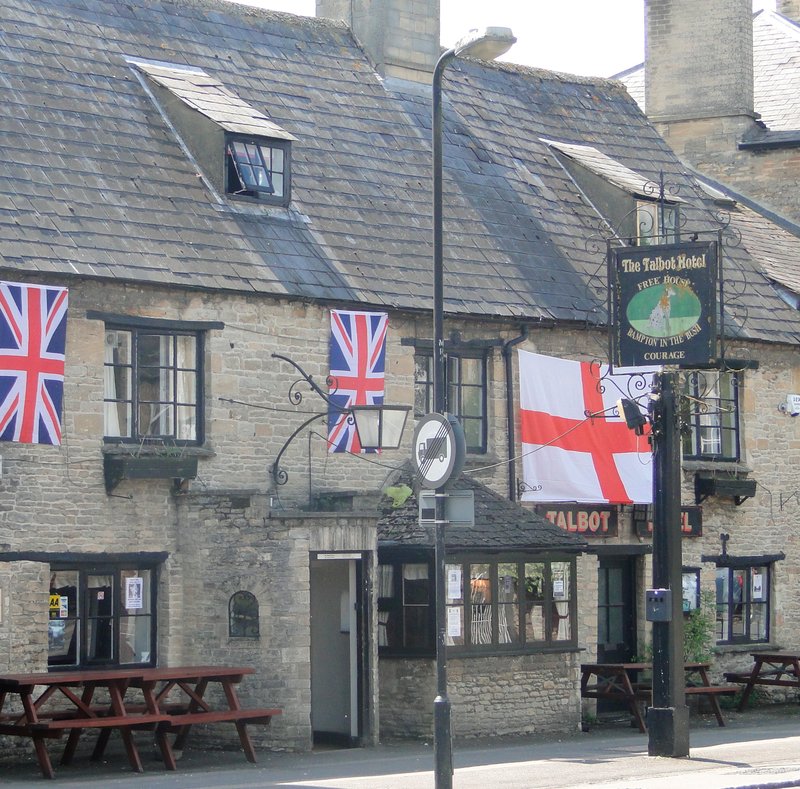 Flags out in Bampton as seen in Downton Abbey (Visit Britain)

This beautiful Cotswold stone village has had a long association with the Mitford sisters, 4 of whom are buried in the cemetery of St Mary’s Church. St Mary’s was recently used to film a scene in the movie ‘Bridget Jones’ Baby’. Deborah Mitford who became the Duchess of Devonshire owned the local pub, the Swan at Swinbrook. The pub was one of the locations used in the filming of Downton Abbey in July 2011. You will have the opportunity to have a pub lunch here and enjoy looking at the pictures of the Mitfords and the filming of Downton Abbey.

In the heart of Burford near St John the Baptist Hall, Warwick Hall was transformed into a derelict village hall for J K Rowling’s ‘a Casual Vacancy’. 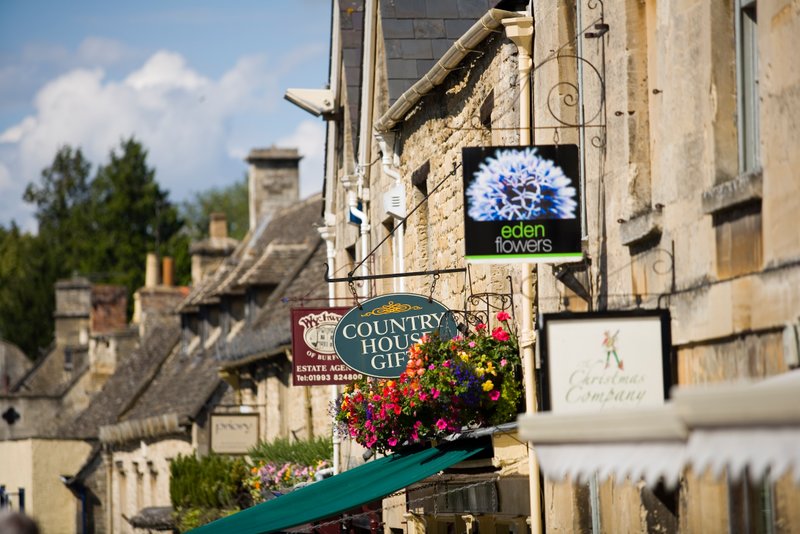 Die Another Day (2002) – Part of the Ice Chase scenes were filmed in the car park at Bourton-on-the-Water and on the ex-RAF aircraft runway at Upper Rissington. At one point Bond in his Aston Martin was chased across the car park in a Jaguar sports coupe; the car park was covered in artificial snow. Bourton-on-the-Water’s Motor Museum is also the home of Brum, the replica of a 1920’s Austin ‘Chummy’ convertible, which came to life in the ‘90’s children’s TV show of the same name. 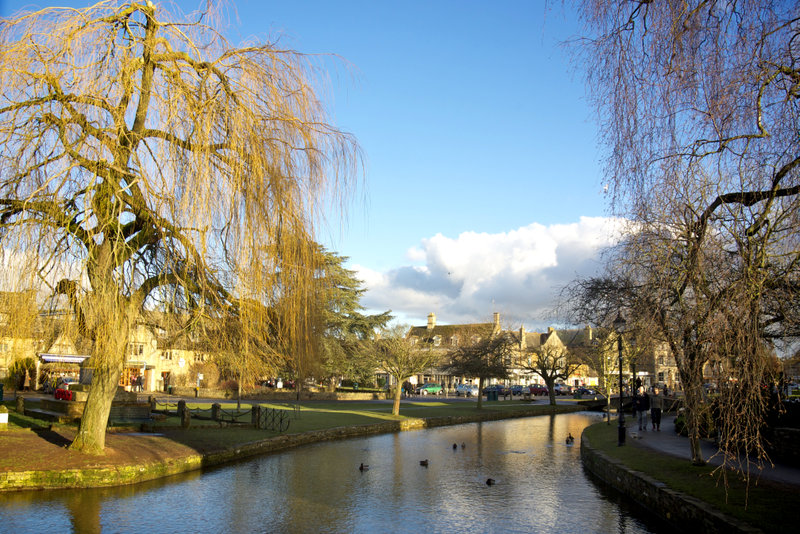 The River Windrush flowing through Bourton-on-the-Water

A delightful Cotswold market town with some quaint cafes and tea shops, Stow is now a thriving centre for the buying and selling of antiques. 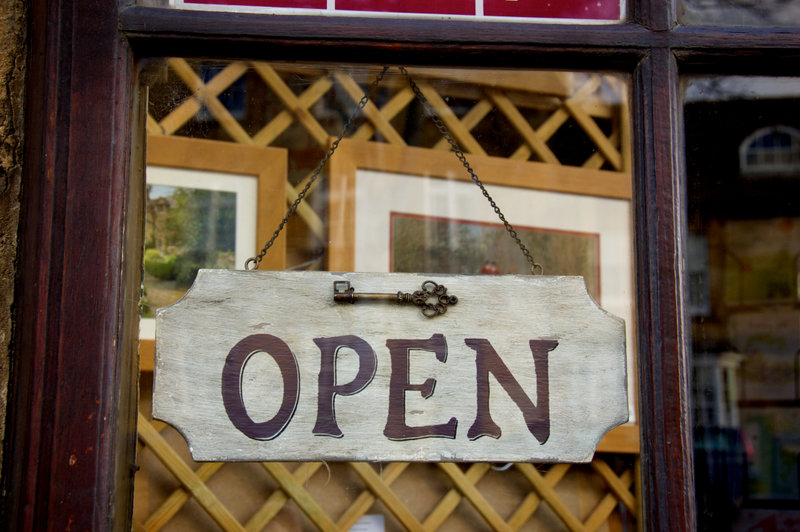 If you saw the movie ‘The Holiday’ you probably loved Kate Winslet’s idyllic cottage and wondered whether that was in the Cotswolds. In fact it was not. It was built specially for the movie. However, you will see Cornwell Manor where another scene from this movie was filmed.

Home of the Dukes of Marlborough since 1705 and birthplace of Sir Winston Churchill, this iconic building has been the backdrop for many famous films, including ‘The Young Victoria’, ‘Gulliver’s Travels’ , ‘Cinderella’, Harry Potter and the Order of the Phoenix, Mission Impossible (Rogue Nation), Transformers 5 and Spectre, The Libertines, Half a Sixpence and many others. 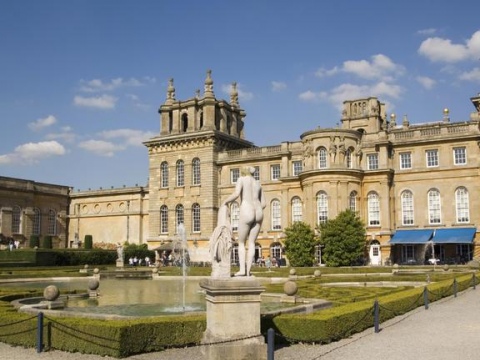