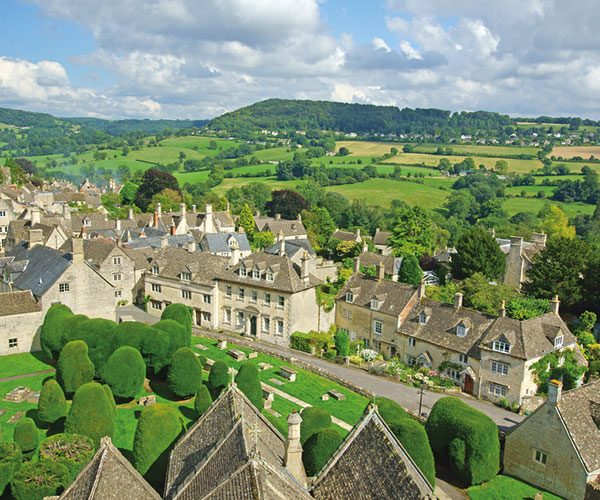 The Cotswolds are well known as an area of outstanding natural beauty with villages that evoke a bygone age of pastoral tranquillity. However, there is another more surprising and quirky side to this area. Did you know for example about the local lady who pricked her finger on her spinning wheel and died from blood poisoning? Or about the recycling trucks called The Ter-bina-ator and Binderella? Or where you can find the largest yew hedge in the world whose cuttings are used to help produce a chemotherapy drug?

Blue Badge Guide Sean Callery takes us on a tour to reveals 10 offbeat facts about the Cotswolds. 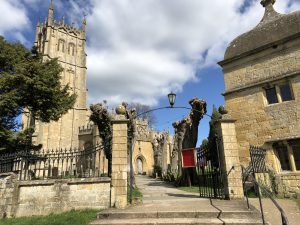 1   A spinning tale in Chipping Campden
The classic ‘Woolgothic’ St James’ Church has a touching memorial to Lady Penelope Noel that takes us into the realm of Sleeping Beauty. In 1633, she pricked her finger on her spinning wheel and died from blood poisoning.

2   Talking trash on Broadway
Never mind the honeystoned beauty of this tourist honeypot: Broadway is in Wychavon district, whose council allowed the public to name its recycling trucks. Keep your eyes peeled for Sir Trash a Lot, Recylosaurus Rex, The Ter-bina-ator and Binderella among many other rubbish puns. 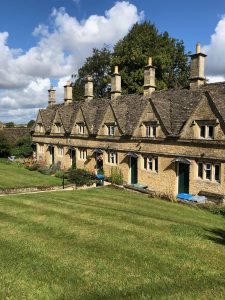 3   Chipping Norton’s chimney puzzle
What’s offbeat about a beautiful row of almshouses, paid for in 1640 by Henry Cornish? Well, there are eight front doors for (now) four homes … with nine chimneys. Mr Cornish seems clearly had a taste for symmetrical roof lines. 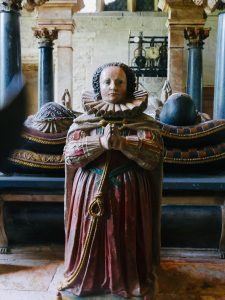 4   Burford’s pioneering playwright
Standing by the memorial to Lord Tanfield in St John’s church is an effigy of his only daughter, Elizabeth Cary (her married name), who was such an avid reader that she bribed her maid for extra candles to light extra study at night. It paid off: she is Britain’s first woman playwright, with a play called The Tragedy of Mariam, from 1613. 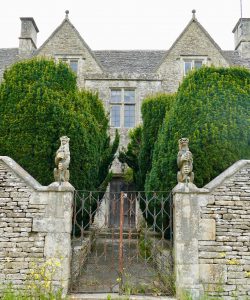 5   Lions near Bibury
After dodging the crowded medieval light industrial unit of Arlington Row in Bibury, head half a mile towards Ablington, where two stone lions guard their second home. This one is more humble than their first: London’s Houses of Parliament. When that burned down in 1834, these beasts roamed free – and became decorative finials for the 17th-century manor house. 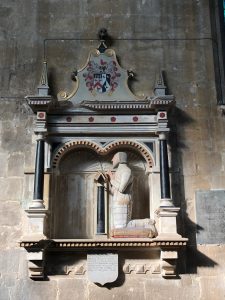 6   The missing wife of Winchcombe
Inside St Peter’s Church is a 1636 memorial to Sir Thomas Williams kneeling at his prayer desk, opposite his wife. Except she’s not there. She re-married after he died and was buried with her second husband. So Thomas rests alone, staring into an empty space for eternity. 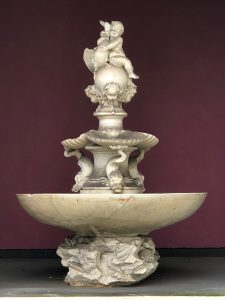 7    Cheltenham’s nomadic fountain
Imperial Square sports a much-travelled marble fountain. It was made in Italy, looted by Napoleon’s army in 1800, then captured by the English. Cheltenham solicitor Thomas Henney put it by the Imperial Spa (now the Queen’s Hotel) in 1826. It since resided in Montpellier Gardens, the Town Hall, and the library before ending up in an alcove overlooking Imperial Square.

8   Surprising yew in Cirencester
Cirencester Park hides behind the largest yew hedge in the world, planted in 1720 and now standing 40ft high and 150ft wide. It takes two gardeners around two weeks to trim it every August. The vast piles of cuttings are used to help produce a chemotherapy drug. 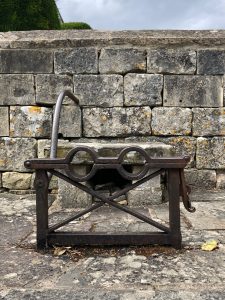 9   The Painswick pair
While wrongdoers were pummeled with old fruit in Painswick they could comfort themselves about the unusual nature of the leg irons holding them down. The metal is shaped into two circles for the legs and looks just like a pair of spectacles. 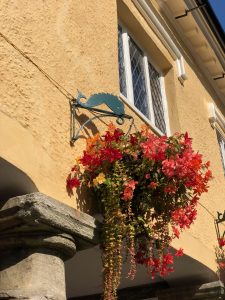 10   Fishy tale in Tetbury
Why are dolphin figures dotted around landlocked Tetbury? It’s the town’s emblem because of a famous family – but which one? Take your pick from: the de Valerys whose crest features the aquatic mammals, the de Braoses whose sinking ship was saved by dolphins blocking the hole, or the Berkeleys, whose servants wore collars with dolphin motifs. You can forget the de Lucys because their emblem was a proper fish: a pike.

Sean Callery is a Blue Badge guide for the Heart of England. He is the author of Offbeat Cotswolds, a book that describes nearly 400 strange tales and surprising sights in the beautiful setting of the Cotswolds.

You can also book our Cotswolds tour.