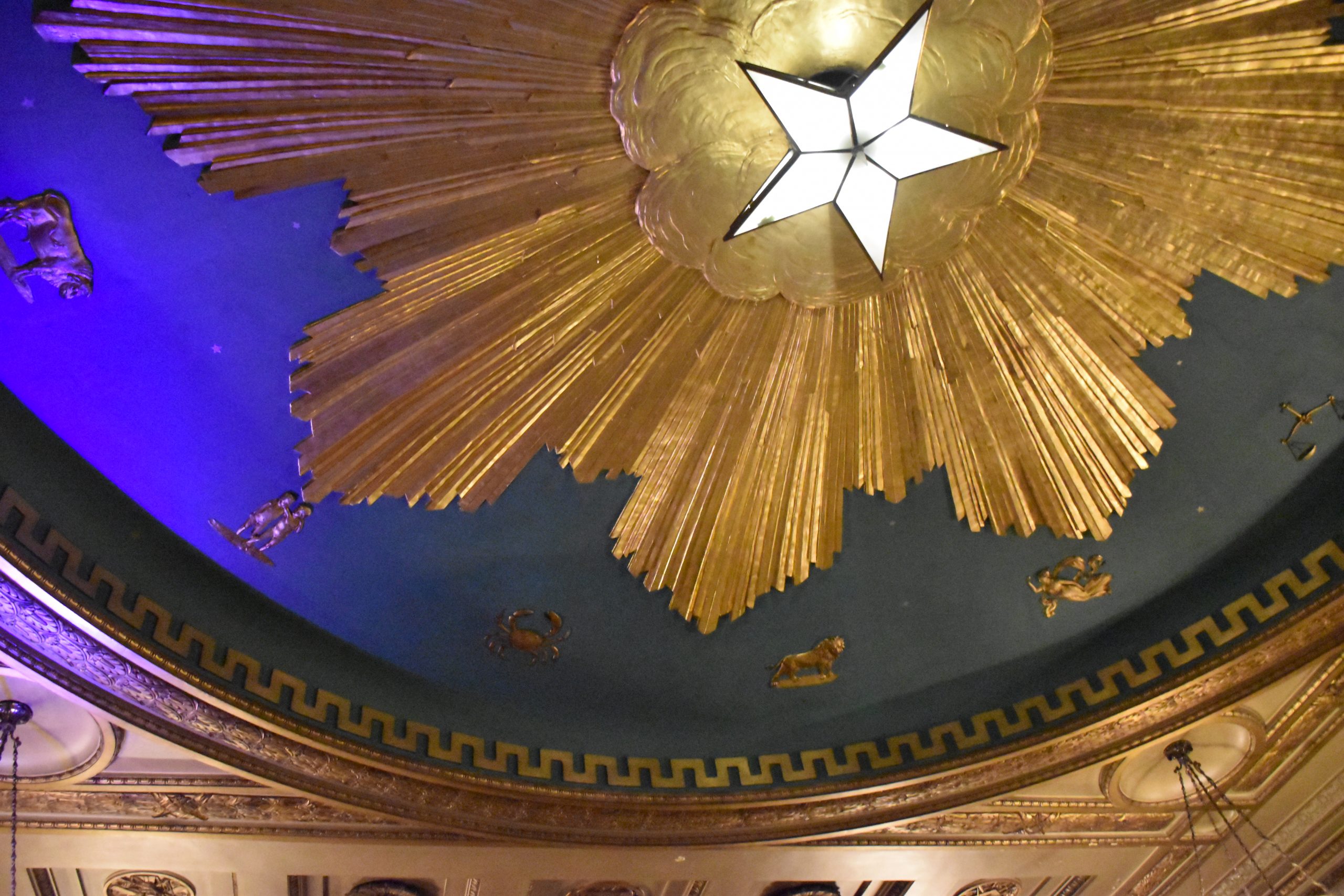 Where in London is a hotel with a Greek and Egyptian masonic temple, intricate woodwork in a gorgeous Elizabethan-style eaterie, rococo décor – all on the site of a medieval mental asylum? 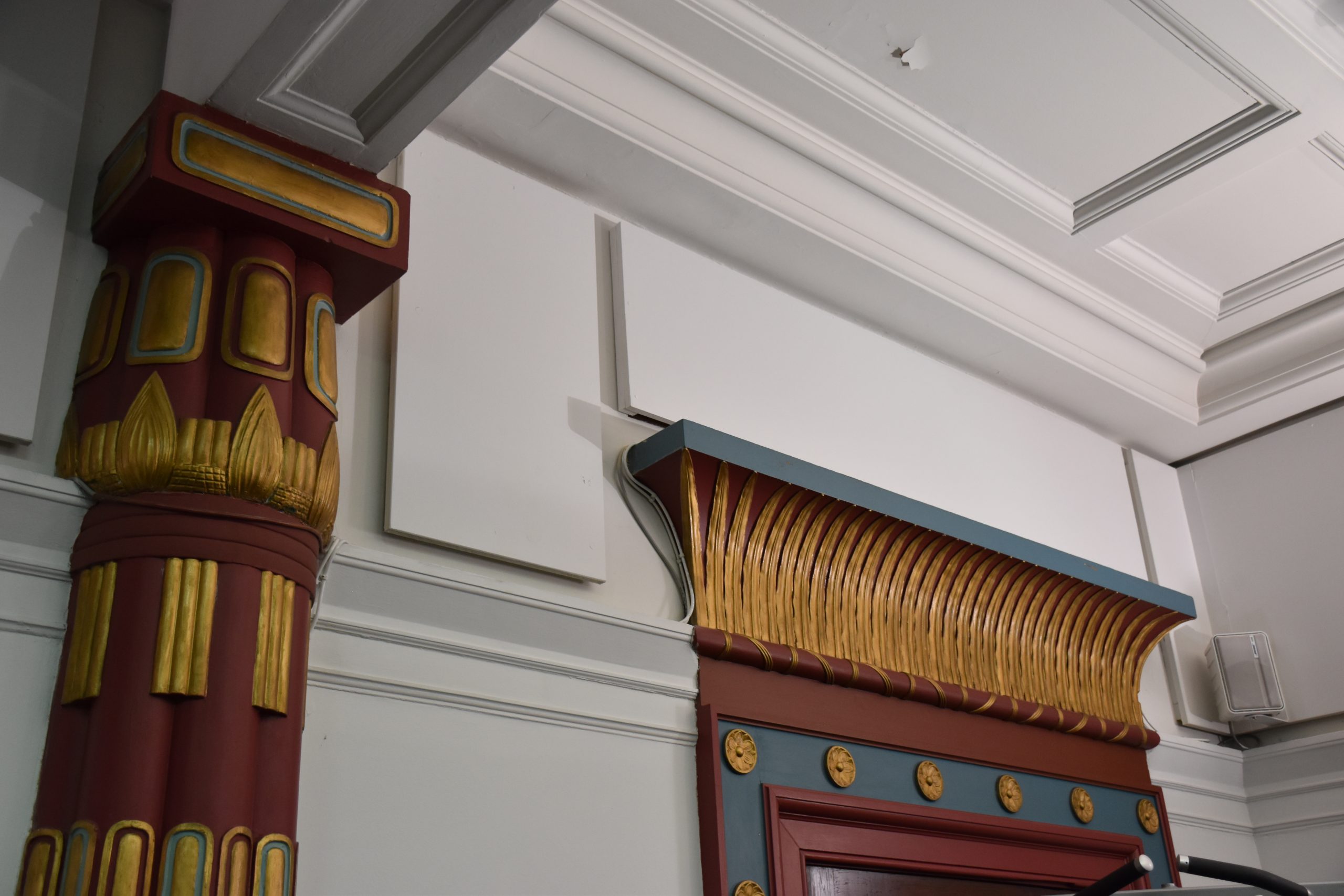 The answer to that is a place full of eastern promise and steeped in history in the shadow of Liverpool Street station. The jewel in the crown is the former Great Eastern Hotel, now part of the Hyatt Andaz group which has masterminded a big re-vamp. 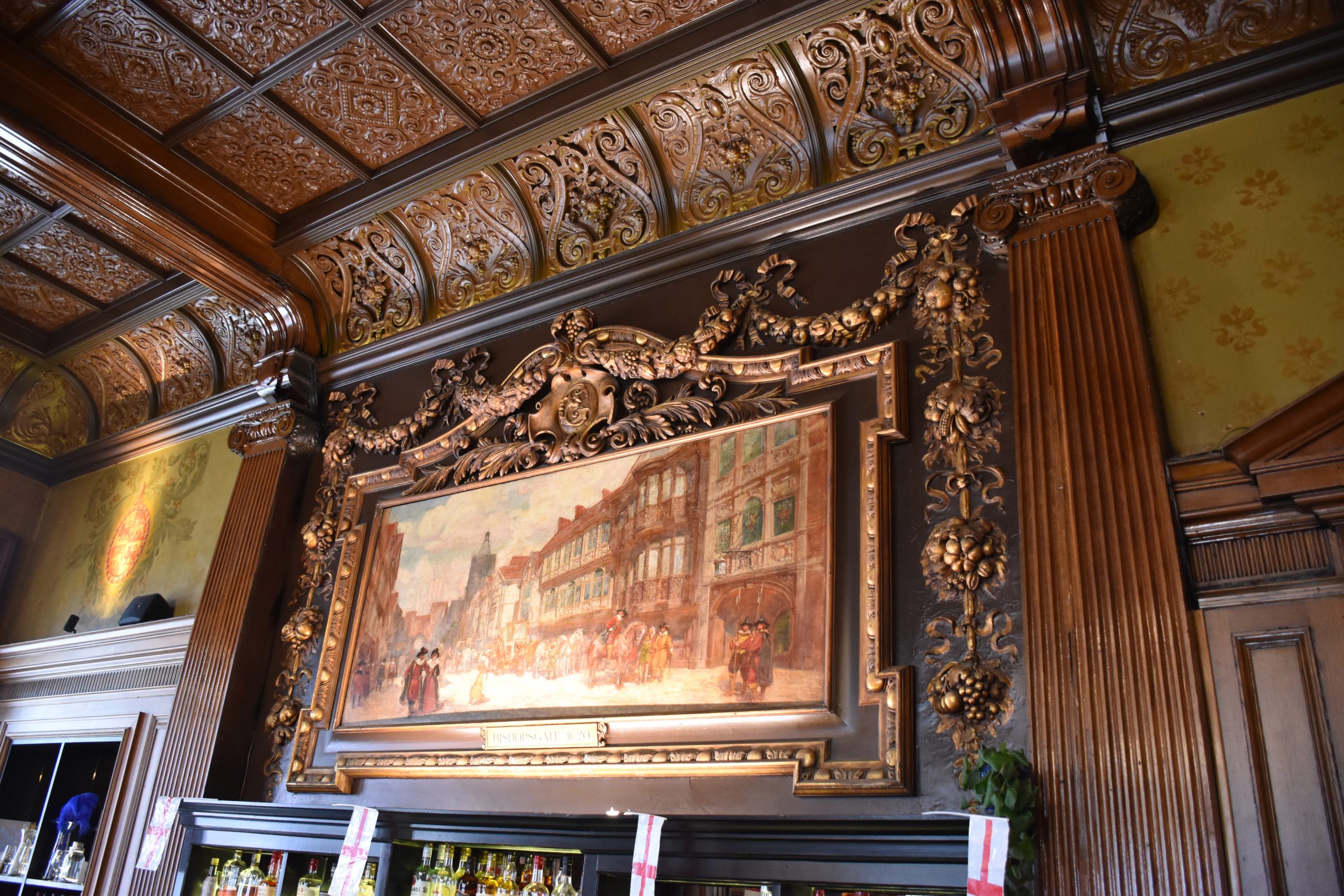 An architectural feast in the Elizabethan-style bar & restaurant. Image by Aaron Hunter

As London opens up again and starts welcoming back Americans and other European voyagers, its backstory will make up for everything culture and travel-hungry visitors missed out on for the last 16 months. 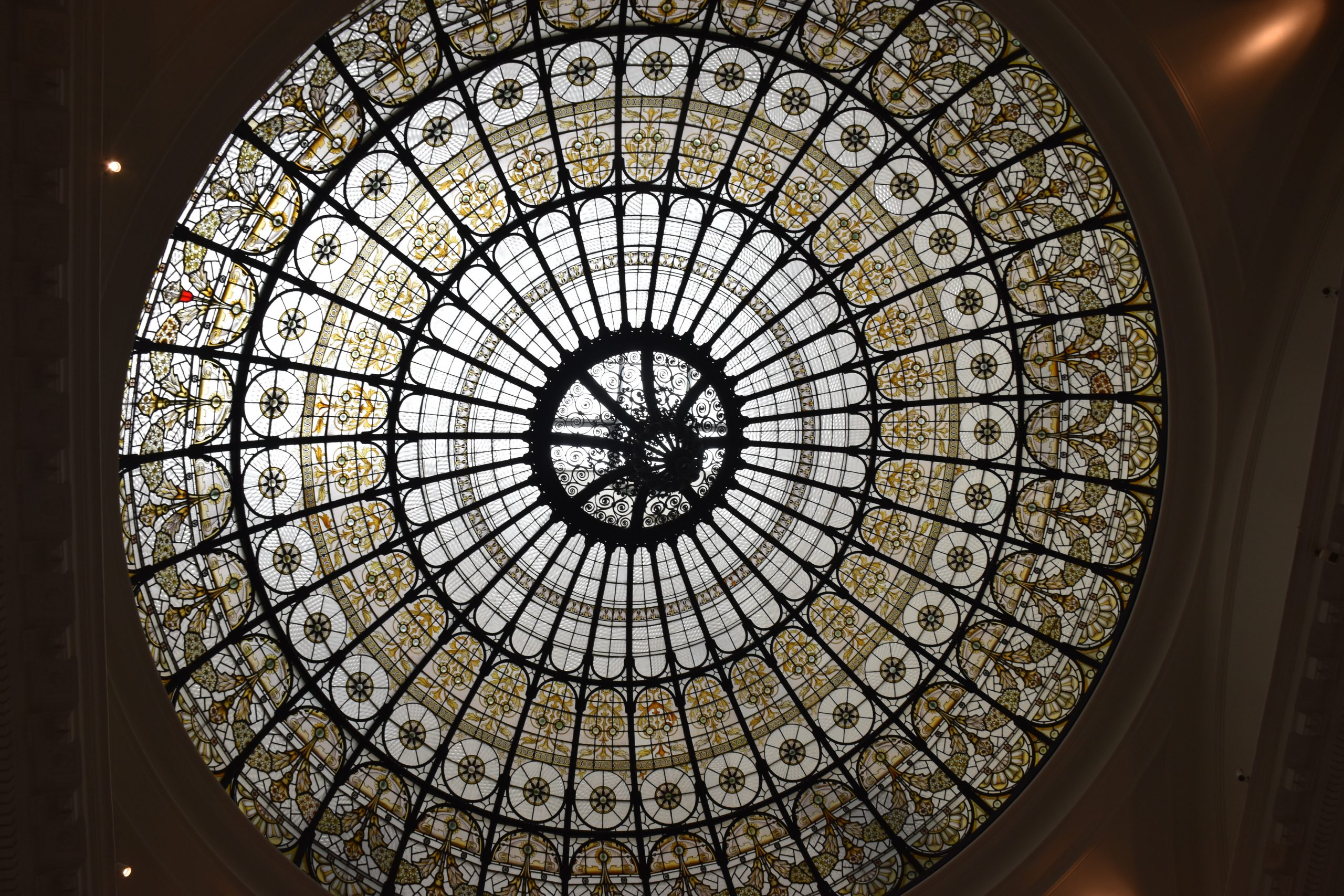 I’d been hot on the story for some time, but Lockdown 50 miles away until recently left me short of photos, so my colleague, Aaron Hunter, who lives a stone’s throw away, leapt at the chance to charm the manager into giving him access all areas, even to bits not yet officially re-opened – and Licence to Click! As a taster, he first nipped into the Hamilton Hall pub adjoining the hotel, looked up – and was immediately transported back to the 18th century. 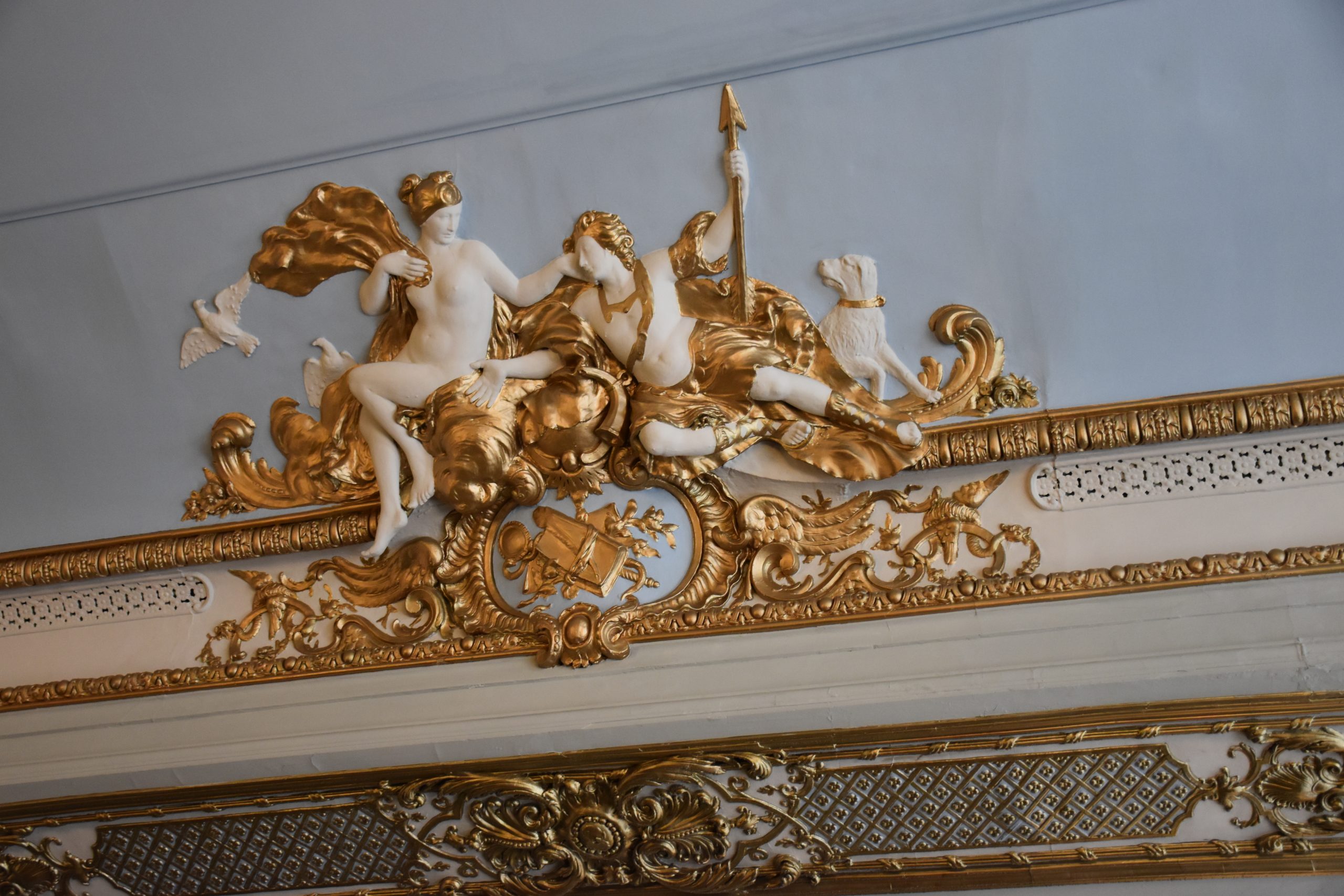 This gorgeous ceiling was once part of the main ballroom of the Great Eastern. The highly decorated interior was added in 1901 and was a direct copy of the inside of the Hotel de Soubis in Paris; itself constructed by Germain Boffrand, the master of the Regence style.

The raised dais at the top of the stairs was where, back in the day, the orchestra would have played. 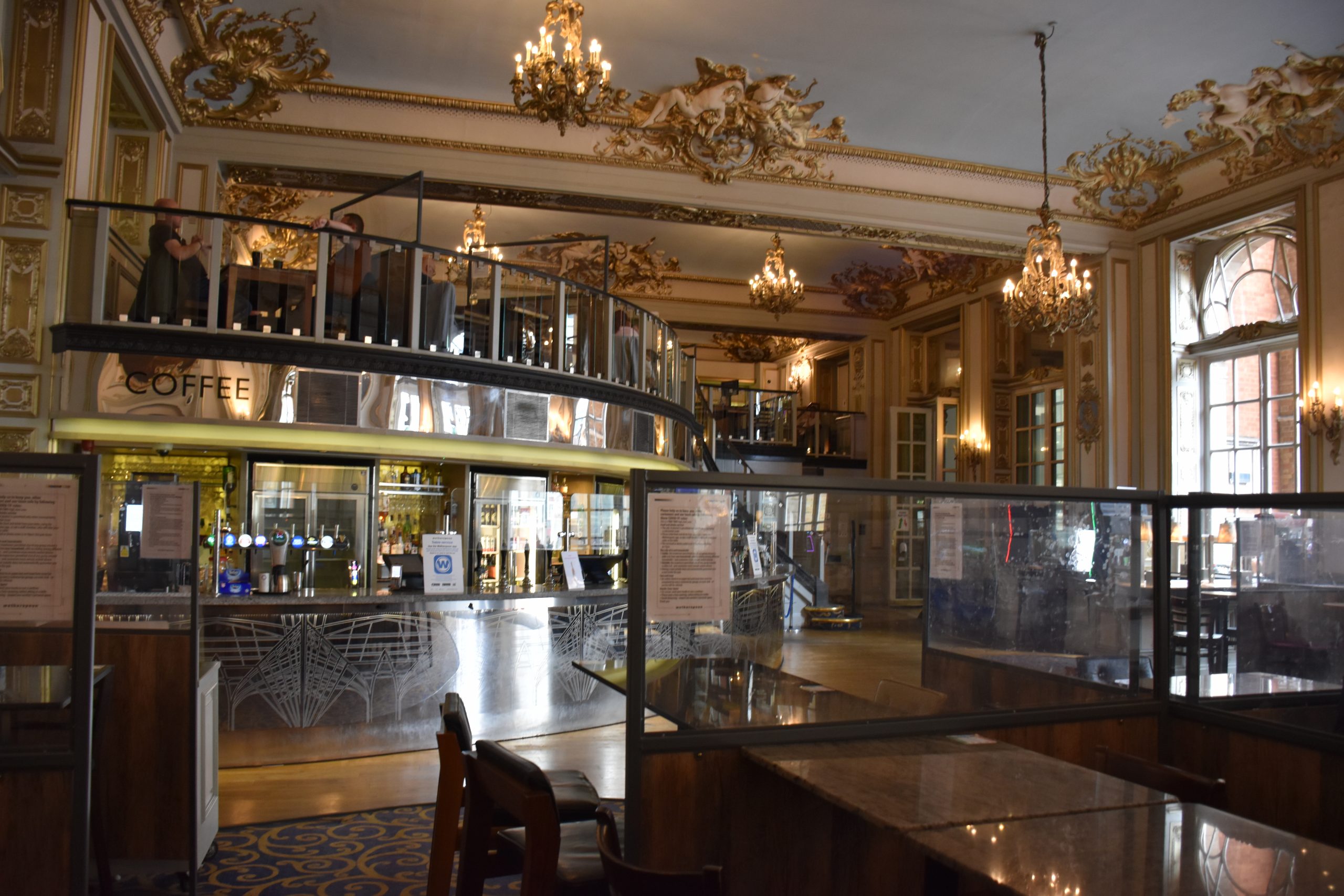 The band played on upstairs in Hamilton Hall. Image by Aaron Hunter

The restaurant was named after Lord Claude Hamilton, chairman of the Great Eastern Railway from 1893 to 1922.

But back to the hotel and the gem of those two Masonic Temples at one time or another used by more than 150 Lodges. They were built in 1901 by Charles Barry Junior (the son of the architect of the Houses of Parliament) and re-discovered in the 1990s during renovations.

The hotel was built on the site of Bedlam, England’s first mental illness asylum that was there from the 13th to the 17th century. To commemorate this, the décor of the new cocktail bar is in the style of a hospital. 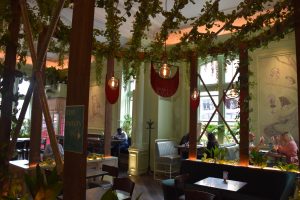 But there are also other more recent historical nuggets that show how pivotal this building was in the 19th century developing years of the railway.

At one time the tracks extended to the back entrance so trains chuntered right up to the door and goods such as coal could be unloaded straight into the building. The train then became a railway rubbish truck, chuffing back down the tracks with the hotel’s refuse on board.

By contrast, the wealthy clientele could keep themselves clean and pampered in one of the hotel’s baths filled with fresh seawater, which was also regularly brought up by train from the eastern resorts.

The hotel and pub are not the only places with this throwback to the past. Near to the foot of the escalator leading up to the pub is WH Smith Stationers, which was also once part of the Great Eastern Hotel complex. Go in there, look up again, and voilá – another bit of the gilded original 1901 ceiling to feast your eyes on!

I’m a great fan of the old and the new sitting happily side by side in modern-day towns and cities, and these two buildings are good examples of that. 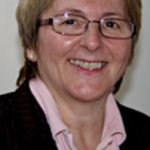 Blue Badge Tourist Guide Penny Bowden has a background in journalism and still loves to use her communication skills in her guiding work. Her interests span the usual, such as reading, TV and cinema, to the unusual: cemeteries! For her,  graveyards tell fascinating stories of their permanent occupants, and tourism amongst “the villages of the dead” is on the up – can you believe it? So if you want to make your visit over here count and be in the company of someone a bit wacky, fun but knowledgeable, contact her here!