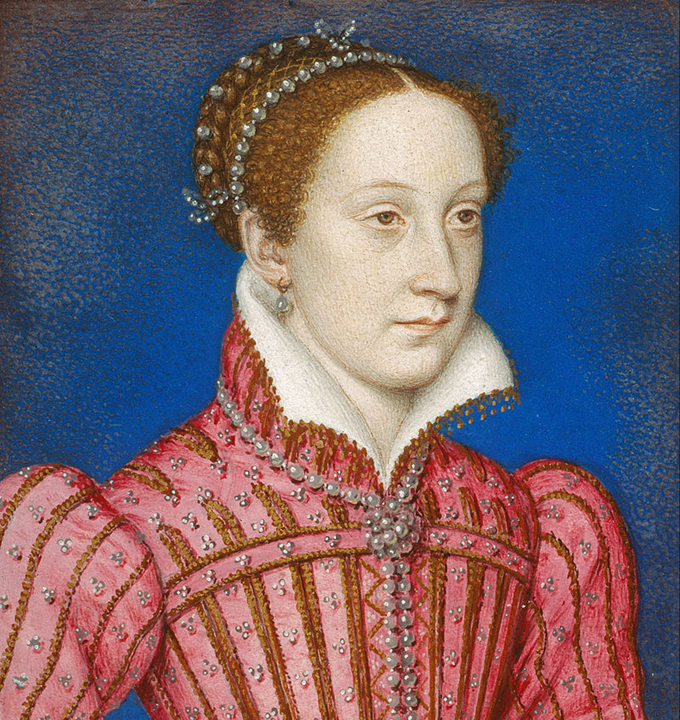 It was on February 8, 1587, that the dramatic life of Mary Queen of Scots came to the end on an executioner’s block.

She was just 44 years old but had aged prematurely through ill health – not surprising since she had spent the last 19 years of her life as a virtual prisoner.

Mary’s last moments on earth were spent at Fotheringay Castle just a few miles north of the market town of Oundle in Northamptonshire. Today there is nothing left of the castle but earthworks. As she approached the end of her life she will no doubt have reflected on the events which had led her to this sad state of affairs accused of plotting to murder her cousin, Elizabeth 1 Queen of England.

Even her birth was surrounded with sadness with her father James V dying just six days after she was born at Linlithgow Palace, located halfway between Edinburgh and Stirling, on 8 December 1542. 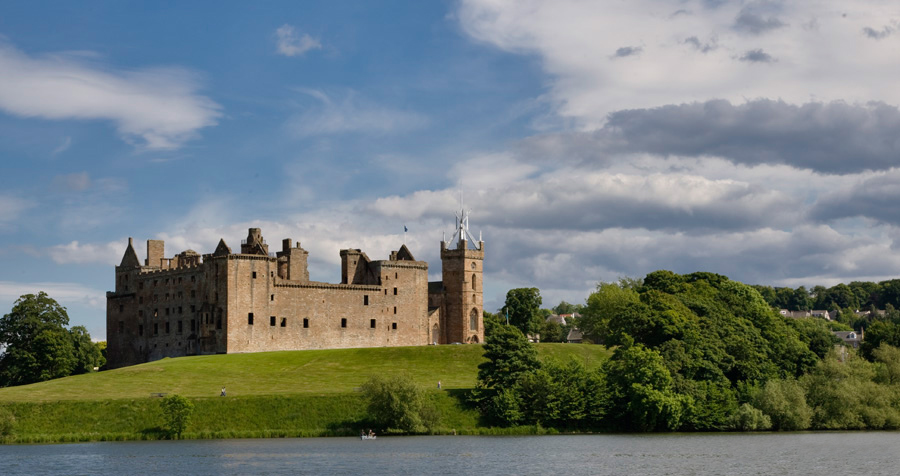 Both Mary and her father were born at Linlithgow Palace. Photo by Alex Sanz, licensed by CC BY 2.0

Ironically, as well as spending the last years of her life as a prisoner, she was in effective captivity for her first five years living in the safety of Stirling Castle to stop her getting captured by the forces of her great uncle King Henry VIII of England who wanted her to marry his son and eventually bring the two countries together under one ruler.

Eventually her mother Mary de Guise, a French aristocrat arranged for Mary to go and live under the protection of the French King, Henry II, and be betrothed to his son the Dauphin, Francis.

Mary de Guise ruled Scotland on her daughter’s behalf during volatile times with the Reformation movement emerging to challenge the power and corruption of the Catholic Church.

When Mary Queen of Scots was just 16 she became Queen of France when her father-in-law was killed in an accident while jousting. But her reign in France lasted just over a year in December 1560 when her sickly husband died from an abcess on his brain.

Her mother had died the previous June and Scotland was being ruled by a protestant group of nobles on her behalf. Her mother in law Catherine de Medici made it clear to Mary she was no longer welcome and she returned to rule on her own behalf in August 1561.

Mary was a Catholic Queen in a now Protestant country but Mary continued to practice her religion in private which inevitably created tensions.

She worked hard to try and win round her people travelling all over the country. Indeed when you visit a Scottish castle there is a strong likelihood is that Mary once stayed the night there.

One of her major tasks was to produce an heir to the throne and there were a number of candidates including the heir apparent to King Philip II of Spain.

But she eventually chose a cousin, the long lad, Henry Lord Darnley, so-called because he was over six feet tall. Mary was also unusually tall for a woman of her time so there was at least one thing they had in common.

When she got pregnant things augured well for her but Darnley proved to be a jealous, scheming and easily led character. He was persuaded that her secretary Rizzio was really the father of her baby and led a group of conspirators to her chambers in Holyrood Palace where they brutally murdered her favourite. 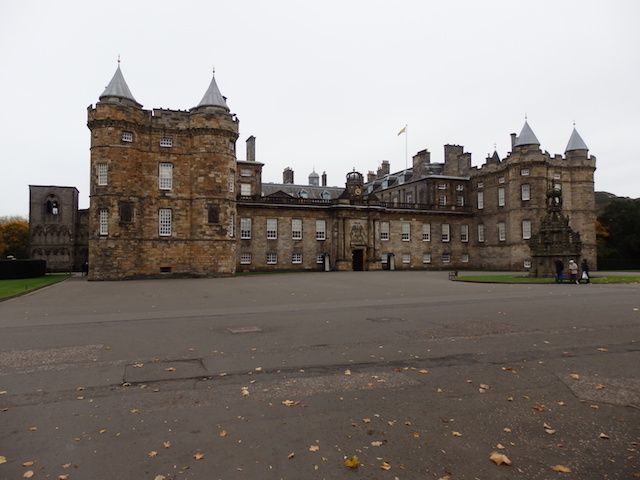 After that Mary never trusted Darnley again but she managed to get him back on her side.

Meanwhile, her friendship with a nobleman she had known for some time, James Hepburn, Earl of Boswell, grew and she nearly died from a fever after getting soaked when she went to visit him at Hermitage Castle in the Scottish Borders, south of Edinburgh. 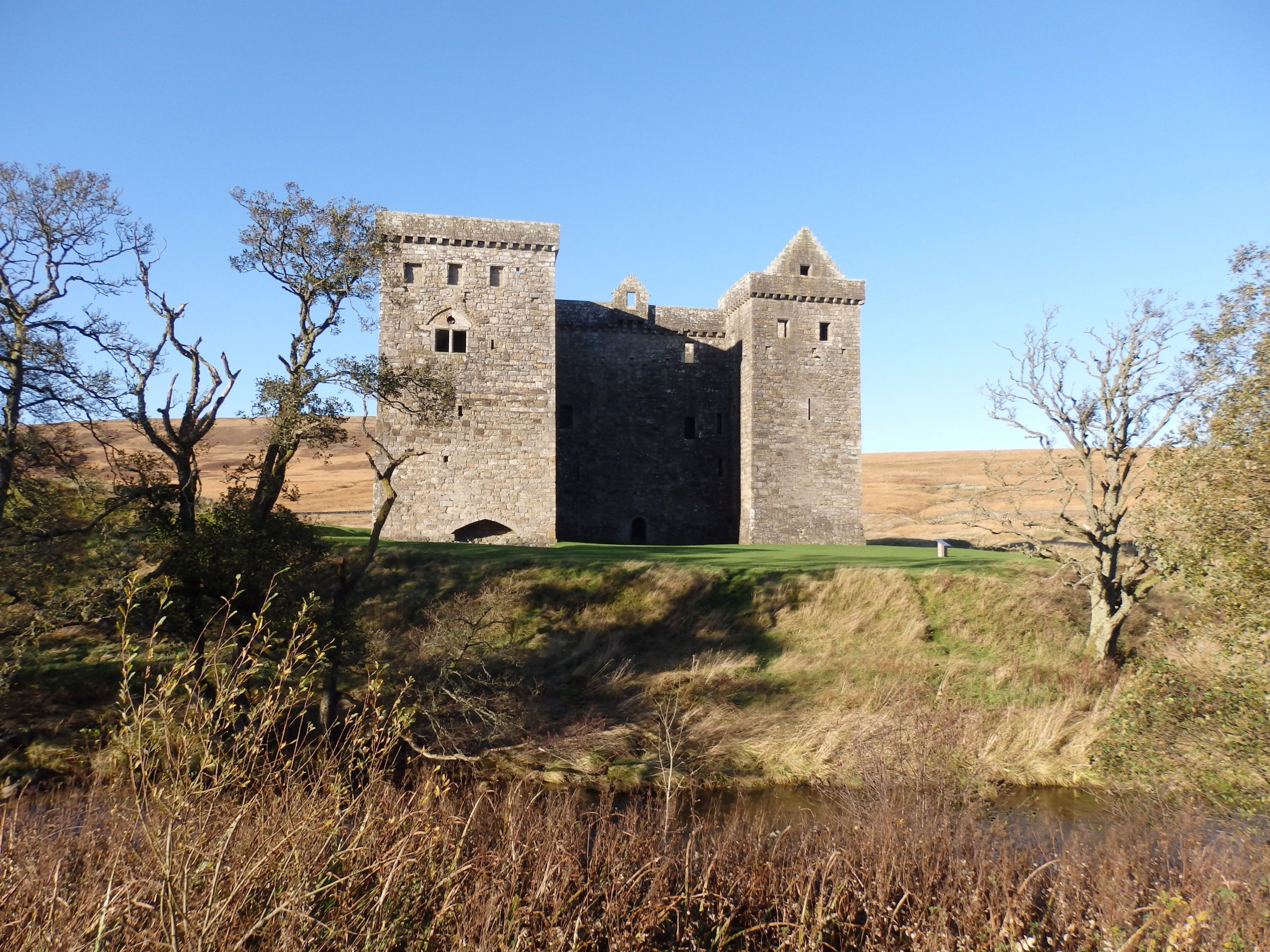 Things came to a head when Darnley was assassinated while recuperating from illness in a house now on the site of what is now Edinburgh University’s Old College. Boswell was accused of the murder and put on trial but acquitted after just seven hours. Then three months after Darnley’s murder Boswell married Mary and civil war broke out. 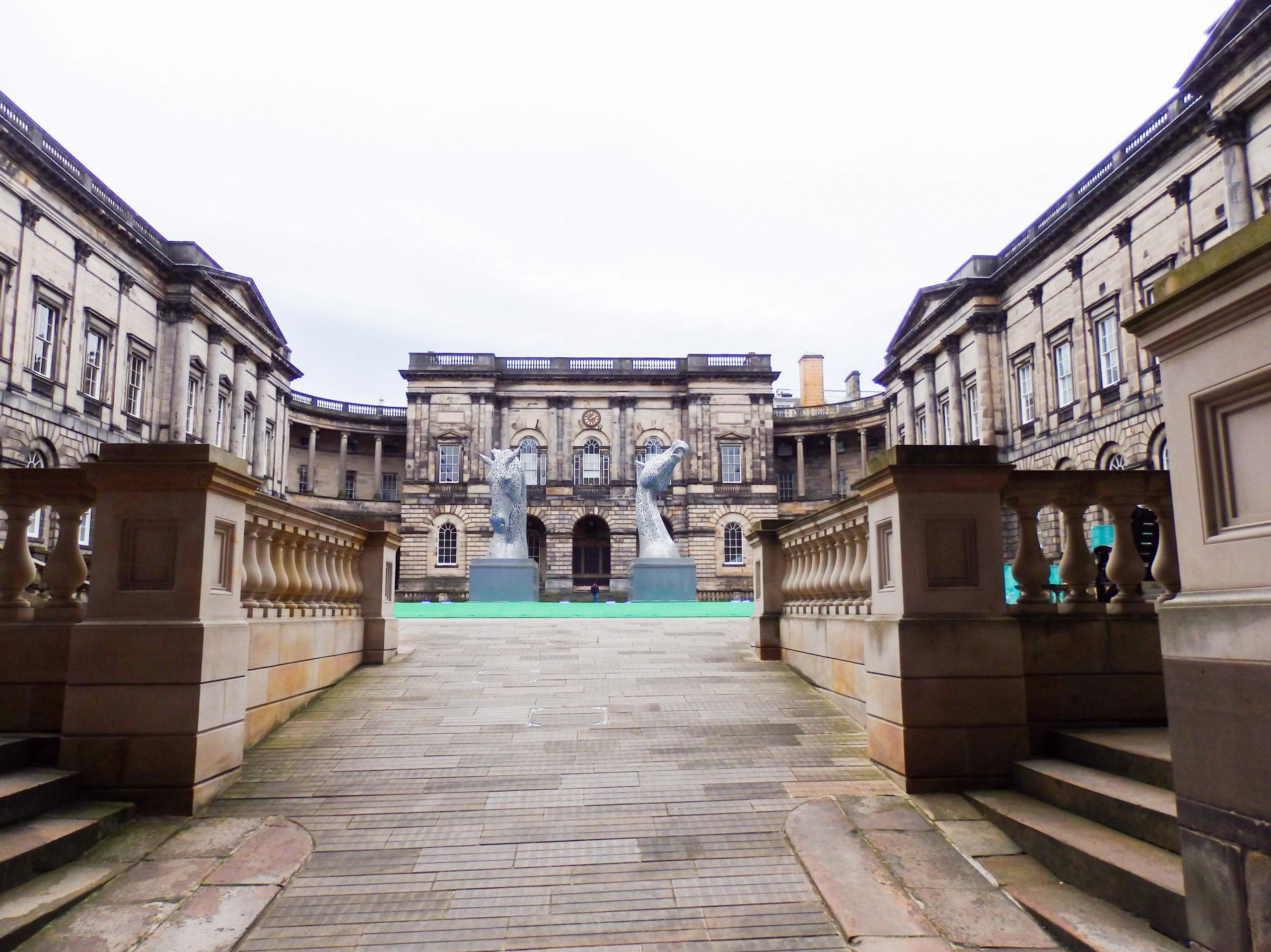 A confrontation between Mary’s supporters and the confederate Lords – 26 Scottish nobles who believed she had plotted to kill her own husband – took place at Carberry outside Edinburgh. Mary surrendered and was taken prisoner firstly to Edinburgh then to a castle in the middle of Loch Leven, 28 miles north of the capital. 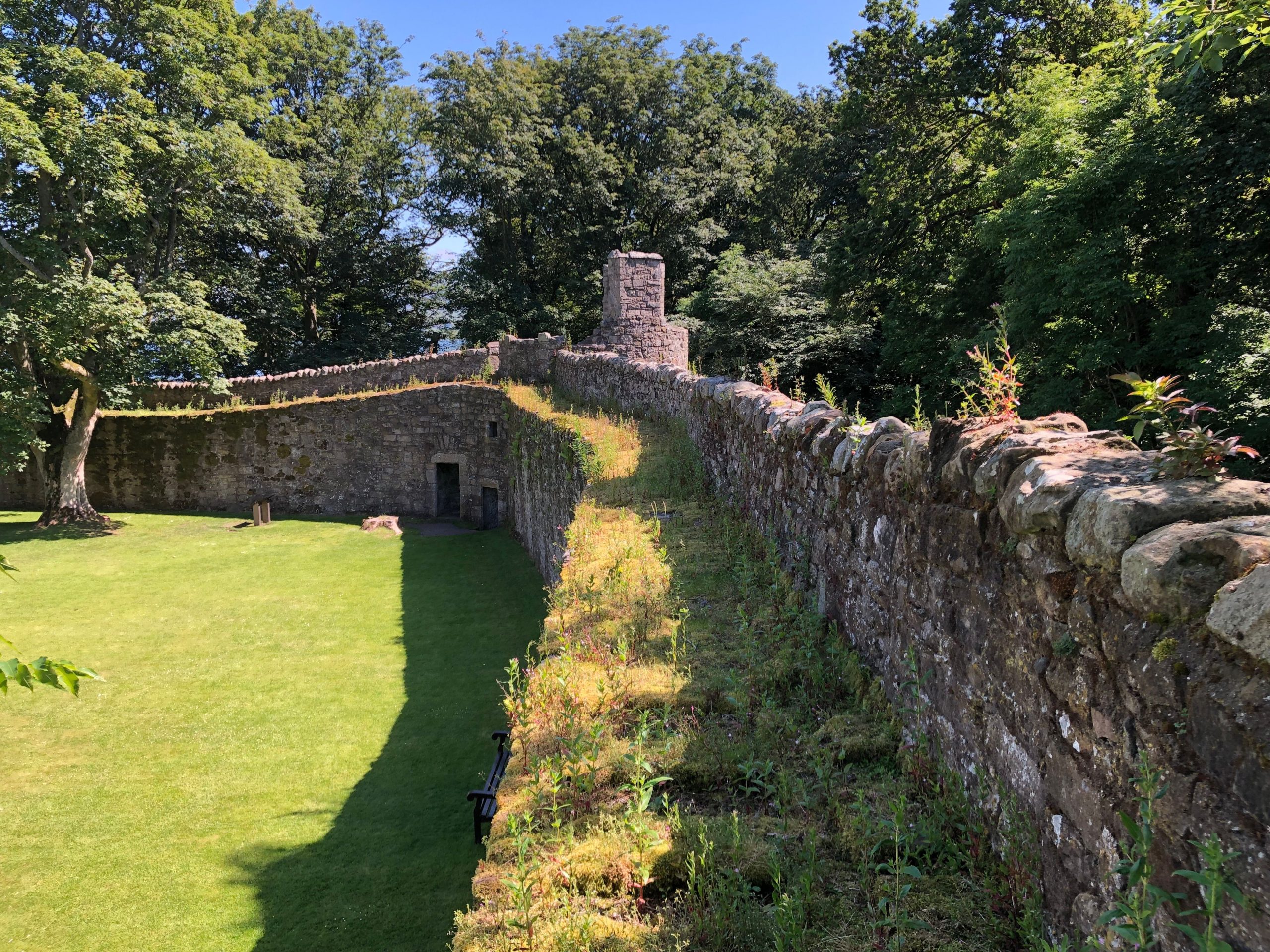 She was forced to abdicate under pain of death in favour of her son James who was less than a year old. Baby James was crowned in the Church of the Holy Rude in Stirling.

Amazingly a year later Mary managed to escape from her island prison but shortly afterwards her supporters lost a battle against the country’s ruling forces at Langside near Glasgow. Mary fled and is said to have spent her last night in Scotland at Dundrennan Abbey in Dumfries and Galloway. 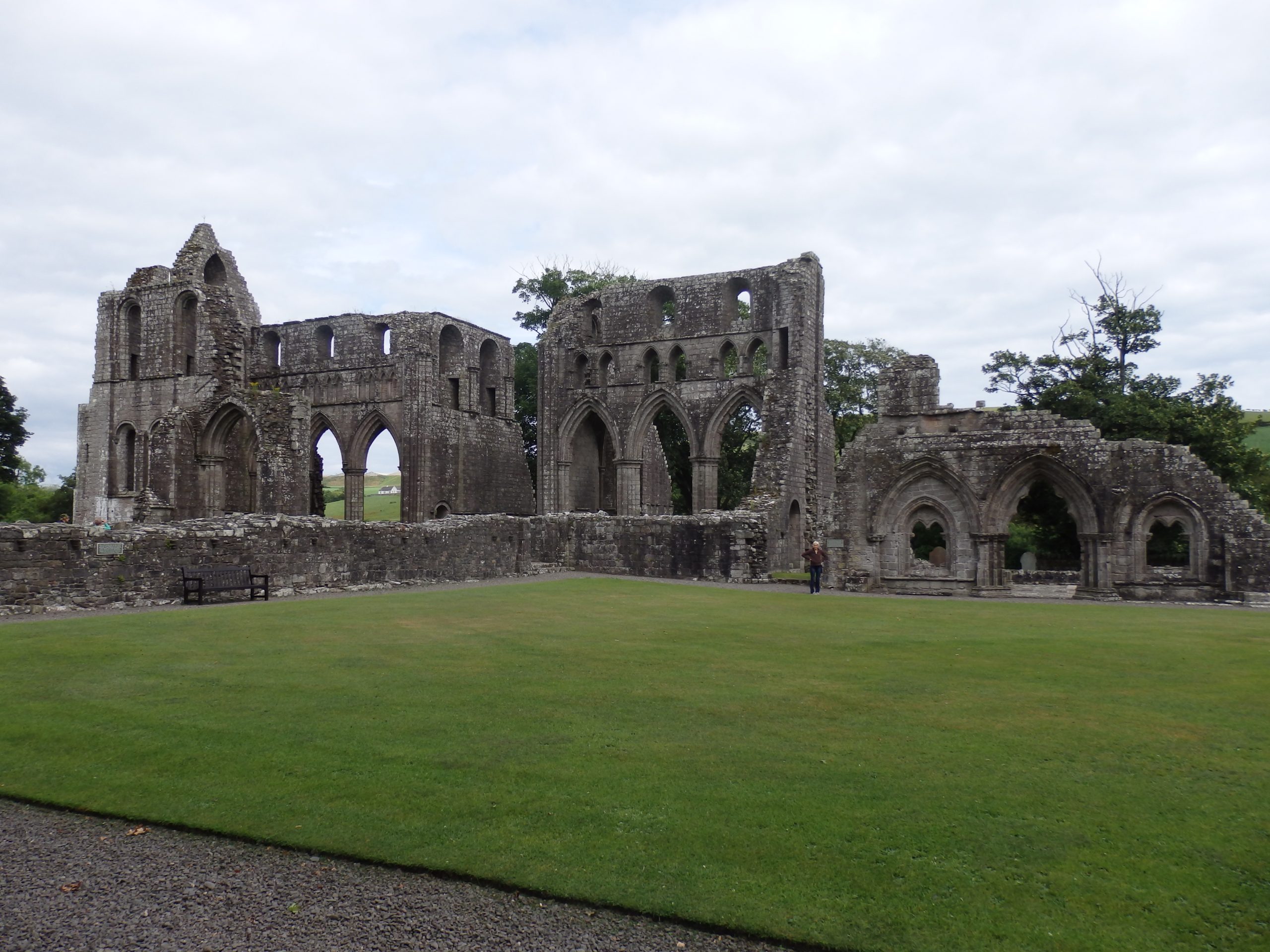 On May 16, 1568, she sailed across the Solway Firth in a small fishing boat and was taken to Carlisle Castle – the first of a number of strongholds where she would spend the rest of her life.

The Scottish Queen threw herself on the mercy of her cousin Elizabeth who was now Queen of England. But Mary had previously made claims that she was the rightful Queen of England rather than Elizabeth because the catholic church regarded the latter as illegitimate. Elizabeth felt she was obliged to keep her cousin safe but could not accept a rival for the throne coming to court in London.

A recent film about the life of Mary showed her meeting Elizabeth but most, if not all, historians have dismissed this as fiction.

Over the next few years, Mary was regularly accused of being involved in plots to kill her cousin but nothing stuck until she was found guilty of treason. Elizabeth eventually signed her death warrant and Mary’s fate was sealed. 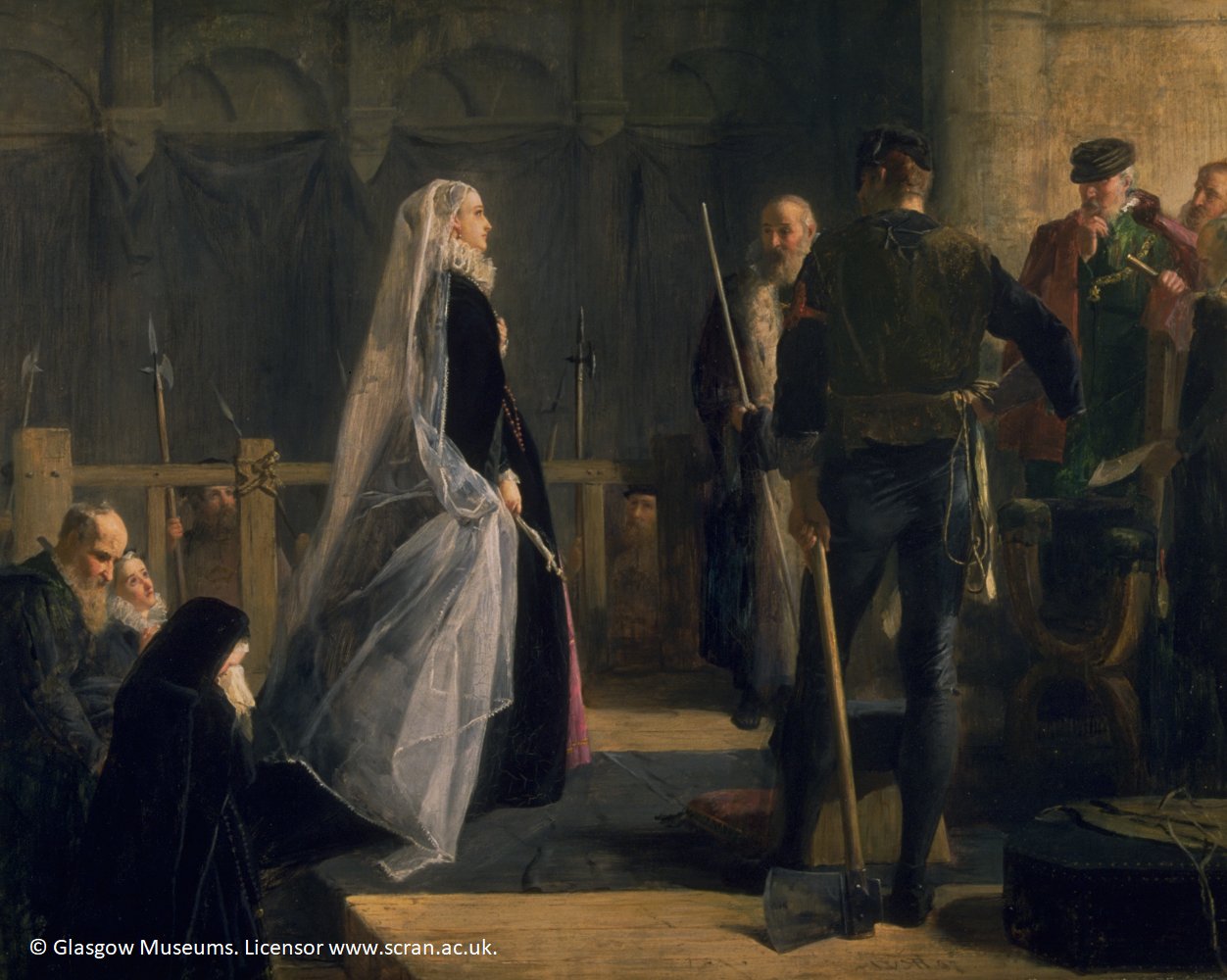 “Execution of Mary, Queen of Scots” by Robert Herdman, 1867. Image by Glasglw Museums

But it wasn’t the end of the story. When Elizabeth died 16 years later in March 1603 she had no children to take her place on the throne. Mary’s son James VI of Scotland was next in line and on July 25 1603 was officially crowned as James I of England.

Mary made her mark on history in so many ways and is a fascinating character. There are many more stories to tell about her and you can literally follow in her footsteps in Scotland, England and France. And if you do, make sure you have a guide to tell you the stories. 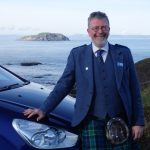 Alasdair Northrop is a Scottish Blue Badge tourist guide and qualified in 2014. He does a variety of work ranging from driver guiding to walking tours and a wide range of interests. Before becoming a guide,  Alasdair was an award winning journalist and edited Scotland’s national business magazine for 15 years. He recently wrote the history of the Scottish Tourist Guides Association which is available as an ebook on Amazon.  You can find more about Alasdair on his Guild profile or on his website.