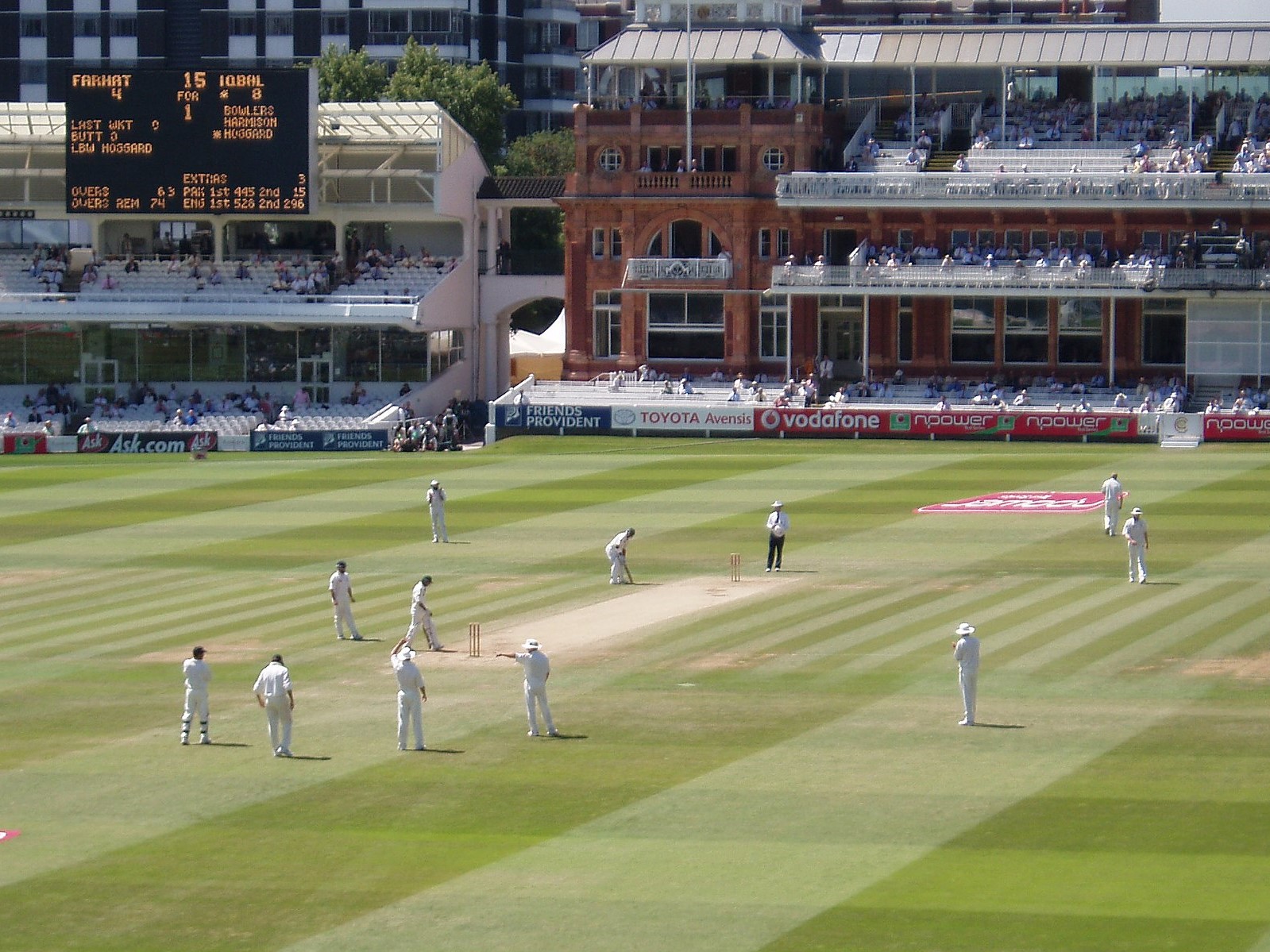 For cricketing fans, coming to Lord’s Cricket Ground is high on their wish list of cricketing venues to visit. Situated in North West London close to Regents Park. It is not just the most famous cricket ground in the world, it is the spiritual home of cricket. The Marylebone Cricket Club own the grounds and hold county and international cricket matches here. The MCC as it is known was founded in 1787. The grounds were in fact purchased for the club by an 18th-century entrepreneur Thomas Lord in 1814 hence its moniker. 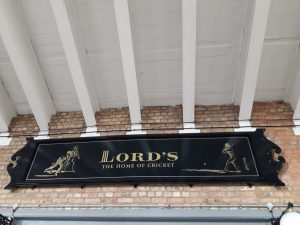 The origins of the game go back centuries but there is no specific date. It is generally believed that cricket originated from an old pastime played by English shepherds. Interestingly, sheep were used to keep the grass down at Lord’s until 1864 when they were replaced by a more efficient lawnmower!

Cricket has none of the rough and tumble associated with rugby or football. In cricket, there will be leaping in the air or “diving” but in those instances, it is the fielder trying his/her utmost to catch the ball. The cricketers wear the traditional white shirts and trousers and spectators applaud politely during the game (for the most part). The match is played with breaks for lunch and tea. The cricketing terminology is unique to the game like “bowled for a duck” or “l.b.w”. The respected umpire is sometimes seen with jumpers wrapped around his waist or shoulders – he is being used as a clothes hanger by the players! 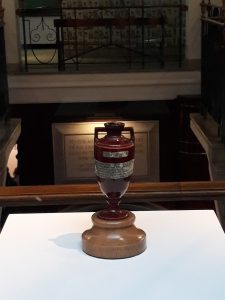 Cricketing heroes there are many. Their stories can be told through the matches they have played, their personalities on or off the pitch. An entry in Wisden – the Bible of Cricket ensures their place in cricketing history. The MCC Museum is one of the oldest sporting museums in the world, dedicated to tracing the history and development of cricket. Here you can also see memorabilia of former cricketers many are sporting legends. Let us look at two cricketing legends. 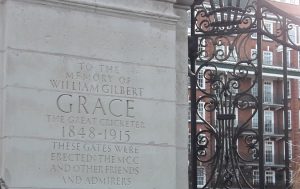 Memorial at the gate to Lord’s Cricket Ground

Arriving at Lord’s most visitors will enter through the main gates named after one of the greatest English cricketing heroes of his time- the W.G Grace Memorial Gates or Grace Gate. Opened in 1923, it is a monument to a cricketer who is still revered to this day.

Known as “WG” or the “Doctor” he would not by today’s standards be considered to have an athletic build suited to cricket. Yet, at 6’2” 22st, a giant of a man he played top-level cricket albeit as an amateur. Cricket played a major part in his life. He was a practising Doctor and preferred to remain an amateur cricketer – it was more lucrative as not only could he claim expenses he was offered financial incentives to play for Gentlemen teams or for the MCC – this wasn’t above board, but, he was important in helping to make cricket a national institution. Such was his celebrity status it was said he was more recognisable than the King Edward Vll! He knew his worth to the sport – when he was bowled out by a young bowler, he put the stumps back on the wicket stating “the people have come to see me bat not you bowl Sir!” 10k people in Nottingham had come to see him – he had a point! 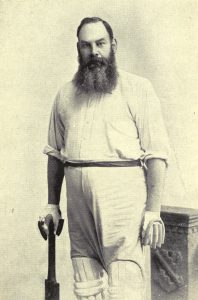 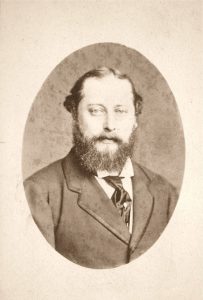 He would play cricket for more than 40 years both at national and international level. It was in London that Grace played his final cricket matches. ‘WG’ died at Mottingham, Kent on 23 October 1915, aged 67, after suffering a heart attack. His death “shook the nation” as it was going through the rigours of world war. Still to this day he is regarded “the greatest batsman the world has ever known, the creator of modern batting” (C.L.R James).

That same year as this cricketing hero was remembered with these gates, Learie Constantine from Trinidad entered Lord’s Cricket Ground for the first time, most probably through these very gates as a member of the West Indies Cricket Team. 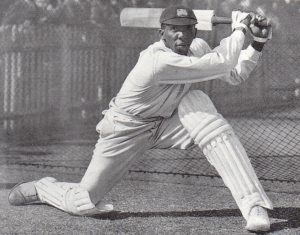 Learie Constantine practising his batting in the nets during the West Indian cricket team’s tour of Australia in the 1930–31 season. (Wikicomms -National Library of Australia)

Though Learie Constantine and Dr W.G Grace would not have met, they were connected by one man – Learie’s father –LeBrun Constantine. He was a member of the West Indies team that came to Britain in 1900. One of the arranged matches was against the London County Xl captained by “W.G”. The West Indies team lost the match by 198 runs.

Both men played cricket at a time when the British Empire covered almost a quarter of the world and ruled over 412m people. The British way of life; its history was promulgated throughout its colonies. So, cricket was played as an English pastime by British ex-pats. Eventually, it would be adopted by the colonial populations in the West Indies, Australia South Africa, India & New Zealand.

Learie Nicholson Constantine known to his friends as “Connie” was born in Trinidad, West Indies, to a lower-middle-class family. His father was an overseer on a cocoa estate, one of the first free generations of Blacks in Trinidad. So, he was the great-grandson and grandson of slaves. He was named after an Irishman called O’Leary whom his father met during his first tour of England in 1900. Learie was introduced to cricket at an early age – at three years old he would be seen outside of his home bat in hand asking passers-by to bowl with him.

His performance in the 1923 West Indies team was noted by an influential cricketing hero Pelham Warner who wrote that “Constantine has not set the Thames on fire but he hasn’t tried to”. I think it was a compliment! 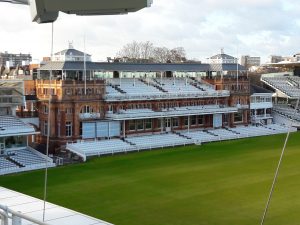 Unlike “WG” who earned lots of money playing for various teams and doing guest appearances as an amateur cricketer, by contrast, earning money as an amateur in the Caribbean colonies was virtually impossible. For Learie, despite the appreciation of his countrymen of his cricketing talent, it was difficult to become a professional player. He regarded himself as a first-class cricket player but treated like a third-class man. Racial prejudice, colourism and colonial attitudes influenced island life including sport. The black players if they were chosen to join the national team, they couldn’t always meet travel costs and expenses; or be assured of having a job when they returned. Learie made a crucial decision when as part of the West Indies team on their1928 trip to England, he would stay behind to seek a professional cricketing contract.

His overall performance in the 1928 match at Lord’s against Middlesex County displayed his power as a batsman – he was likened to a blacksmith; as a bowler, the Press referred to him as the “Coloured Catapult”. Following this match, he was approached and accepted an offer to play professional cricket. In 1929, he joined the Nelson Cricket Team in the Lancashire League. His negotiated contract – £500 a season plus bonuses. This made him the highest-paid sports player in the country! 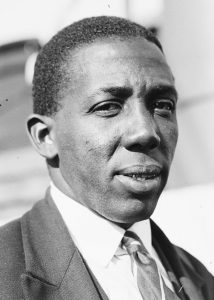 His cricketing prowess pulled in large crowds which was good for the game in Lancashire. He played for Nelson Cricket Team until 1937. Learie would retire from professional cricket in 1939 but would be called upon to play occasional matches. His focus was a new career in law – he would eventually be called to the bar in 1954. 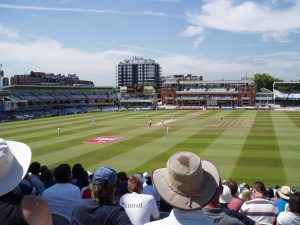 A day at Lord’s (commons.wikimedia.org)

Sadly, despite his high-profile cricketing career, he still experienced prejudice. In 1943 he was in London to play in a charity match at Lord’s. He had booked hotel rooms in a 4-star hotel in Central London. On arrival at the hotel, he was refused accommodation. The matter was even raised in the House of Commons. He had no alternative but to resort to legal action. The case Constantine v Imperial London Hotels was heard in the High Court. As there was no law against racial discrimination, Learie had to rely on the grounds that there had been a breach of contract. He won his case and was awarded token damages of five guineas.

For the remainder of his life he dedicated himself to challenging racial prejudice and discrimination. 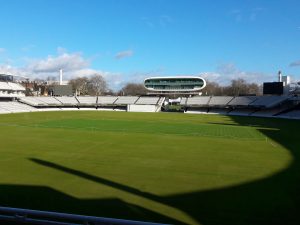 The 1960s proved to be a very busy time for Learie Constantine and ever step of the way he was making Black British history:

As a retired cricketer, he would be invited to play in charity matches. On one occasion – Learie was hit on the pad, the bowler squeals believing he has bowled Learie out. The umpire called –NOT OUT! So, at the other wicket Learie says to the umpire “it was a bit close?” – the umpire tells him that he was out but it was his job to keep him playing for the benefit of the crowd! Does this sound familiar?

After a long illness, Learie died in July 1971. His body was flown to Trinidad and buried in Arouca. He received a state funeral with a 19-gun salute. Trinidad posthumously awarded him its highest honour the Trinity Cross. A memorial service was later held at Westminster Abbey.

He has been referred to as a compassionate radical who tackled inequality, discrimination with tenacity, goodwill and humour.

I hope you visit Lord’s and take a tour with one of the Lord’s guides. They will help you discover much more about other great cricketers, maybe your favourite cricketer.

Angela Morgan is a London based Blue Badge Guide. She specialises in Ethnic Britain tours.