Do people actually live in Twickenham ?

As a rugby fanatic growing up in the North of England, our annual trip to Twickenham was, my dad told me, like going to HQ. The HQ in question being the world centre of Rugby Union, the Twickenham ground of the Rugby Football Union.  It was only years later that I realised that not only do people live in Twickenham, but it is also one of the nicest parts of London to explore.

But back in the 70’s, Twickenham meant one thing – Losing against Wales in the then 5 Nations Rugby Championships!!. I’m delighted to report that England are doing well nowadays, and this Saturday 5th February, the Annual 6 Nations championship kicks off again with the 4 original teams in action, England, Scotland, Wales and Ireland, who first started playing each other in 1883 and are still bashing into each other ever since.

Rugby, famously invented when William Webb Ellis, picked up a football and ran with it during a school match in 1823, thus creating the “rugby” style of play, has its roots in Warwickshire where the Rugby school is located, but visitors to London can have a field day exploring the many London sights associated with the game. You can, for example, visit the Rugby Tavern, located on Rugby Street, on land given to Rugby school and now forms part of the Rugby Estate – don’t call us obsessed !!

But if you are obsessed and want to experience Rugby on your trip to London. Here are some of my favourite places associated with the sport. 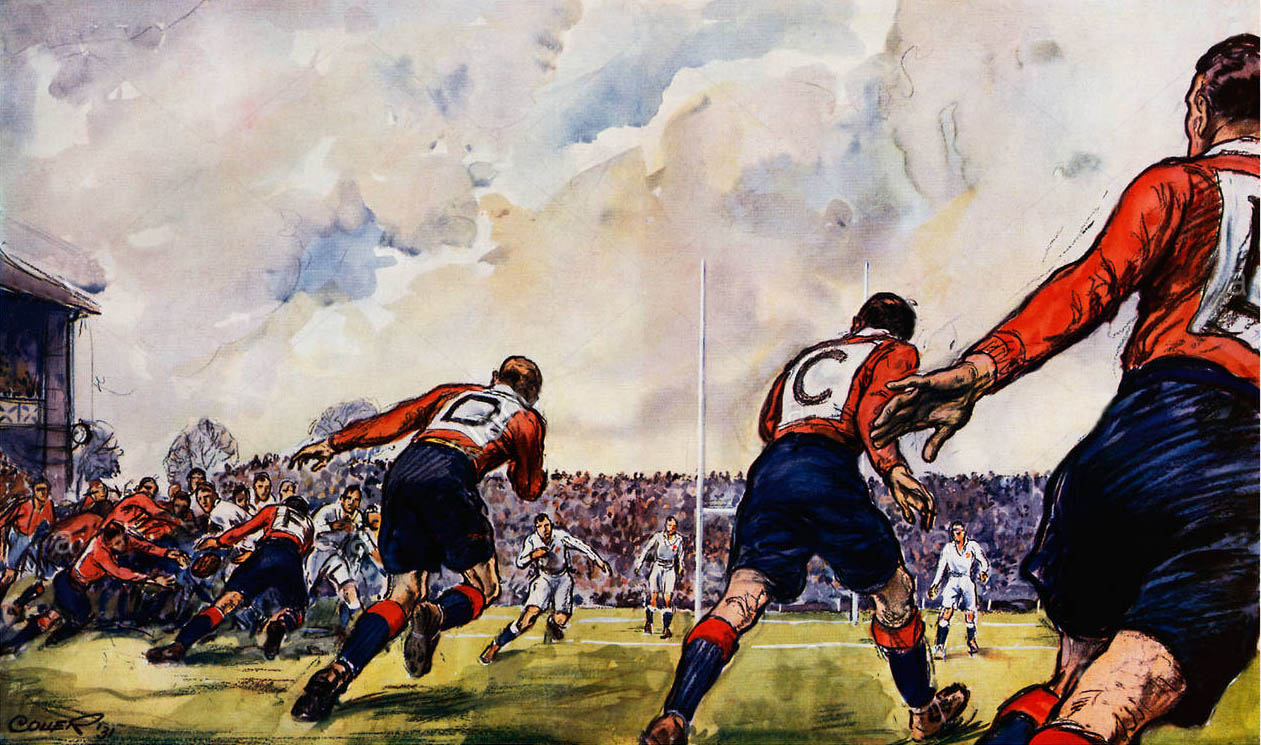 Nothing tops a trip to HQ and a visit to the museum and a stadium tour. The tour takes you behind the scenes to visit some of the most exciting and select areas of the Stadium including the England dressing room, the Royal Box, Players’ Tunnel and pitch-side before finishing your visit to the World Rugby Museum.

The museum holds over 40,000 items connected to the game. Pre-eminent amongst the Museum’s trophy collection is the exquisite Calcutta Cup. This is rugby’s oldest and most beautiful international trophy awarded to the winning team in the games between England and Scotland. Also featured is a replica of the Webb-Ellis trophy awarded to England following their 2003 Rugby World Cup victory.

You will also get to see an England jersey from the first ever international in 1871 along with the game’s first written laws which, together with the RFU’s minutes, that also date from 1871, the year the Rugby Football Union was established. 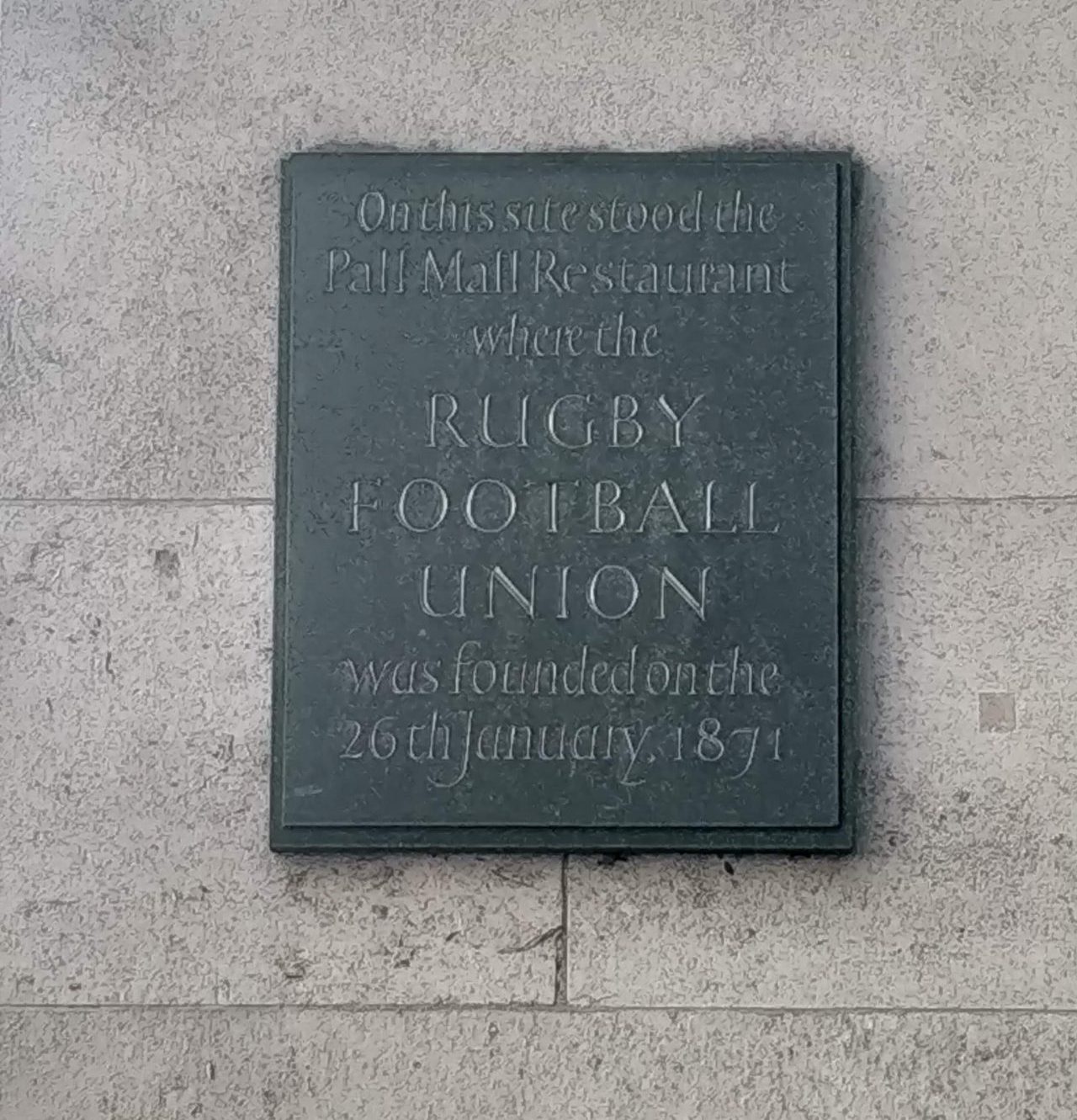 Quietly sitting on Cockspur Street just yards away from Trafalgar Square is a grand Edwardian block known as Oceanic House. Often remembered as the office for the White Star Line where passengers planning transatlantic sailings would come for their tickets, including the passengers for the RMS Titanic which sank during the early hours of April 15th 1912 whilst on her maiden voyage. The site was however, originally home to the restaurant where, in January 1871 the Rugby Football Union was founded – an event now commemorated by a plaque on the wall outside. 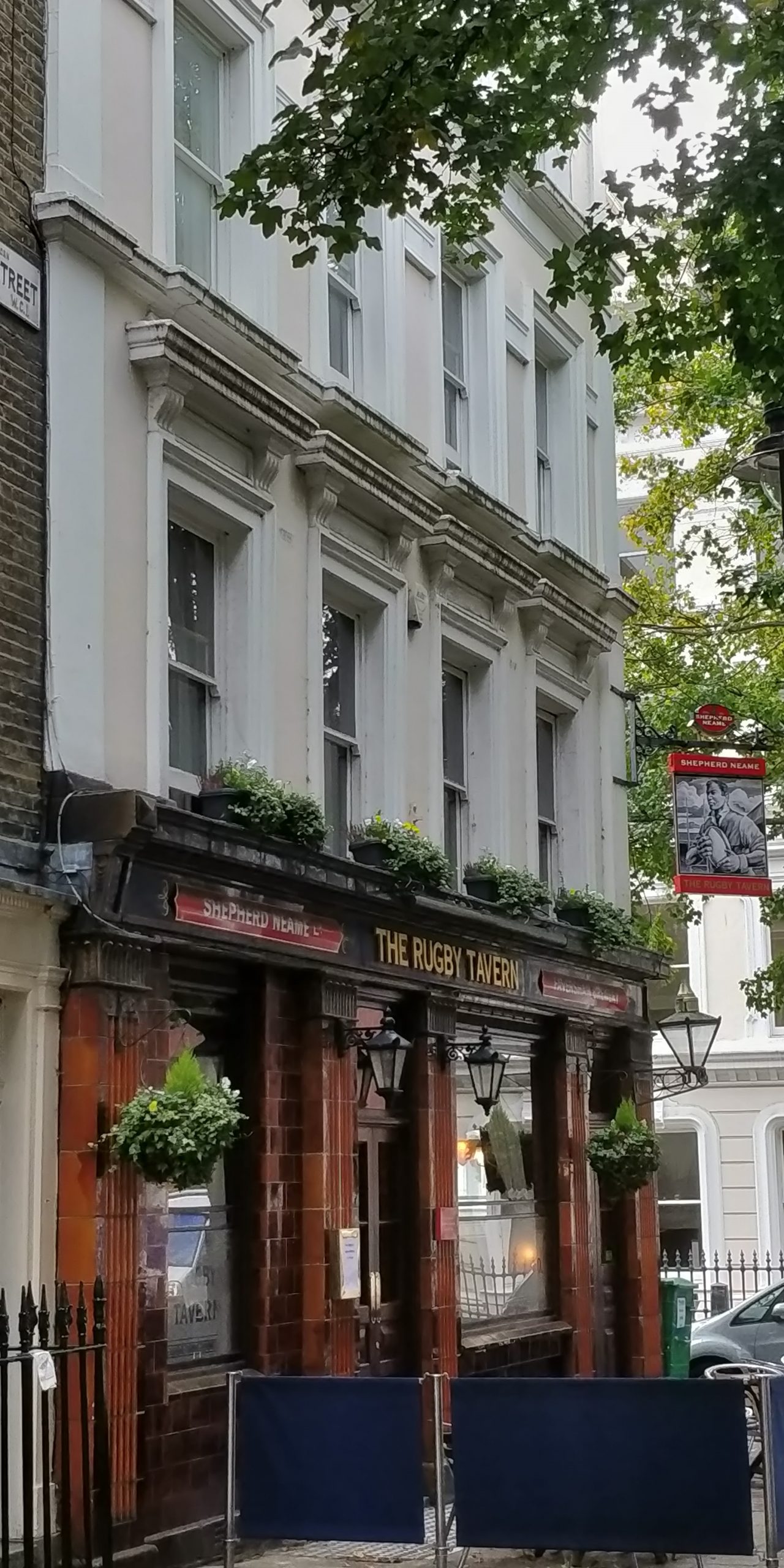 With tenuous links to Rugby, but a beautiful church to visit, St Clement Danes in any case, St Clements, a 9th century church on the Strand was rebuilt by Sir Christopher Wren in the 17th century. In 1823, the rector was none other than William Webb Ellis, the schoolboy that picked the ball up and spawned the modern game of Rugby, commemorated by a memorial tablet inside the church.

And if, you’d like to watch a live game:

There are a number of Rugby Clubs in the capital where you can watch live matches. Foremost amongst them is the national stadium at Twickenham where the international matches are played. If you don’t fancy remortgaging your house to purchase a ticket, you could always attend one of the weekly matches in the Premiership. Harlequins play their matches at The Stoop, conveniently located around the corner from the Twickenham stadium. Also in West London, you will find the home of London Irish. If you’re more likely to find yourself in North London, then a trip to the Stone X stadium, the home of Saracens RC.

Some say that the lower league clubs offer a more authentic rugby experience and you will certainly be able to get closer to the action. If that sounds like your cup of tea, then perhaps a trip to Ealing Trailfinders, or London Scottish. And if you’d like to combine great rugby and your natural thirst for history, how about a trip to Blackheath FC, the oldest Rugby Club in the world dating from 1858.

So, if you’re looking for an exceptionally warm welcome, a nice pint (or two) of Beer, a bit of friendly banter and make friends for life, on your trip to London, let me know and we can go to a match together !! 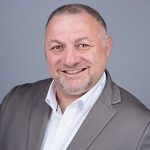 Jonathan Cohen is a London Blue Badge Tour Guide specialising in making people smile. His tours are fun, engaging and informative and he enjoys nothing more than being a London ambassador showing visitors and Londoners alike the many incredible places the capital has to offer. A passionate rugby fan who will happily accept International match tickets in lieu of payment !!. You can contact him via his website or his Instagram page.