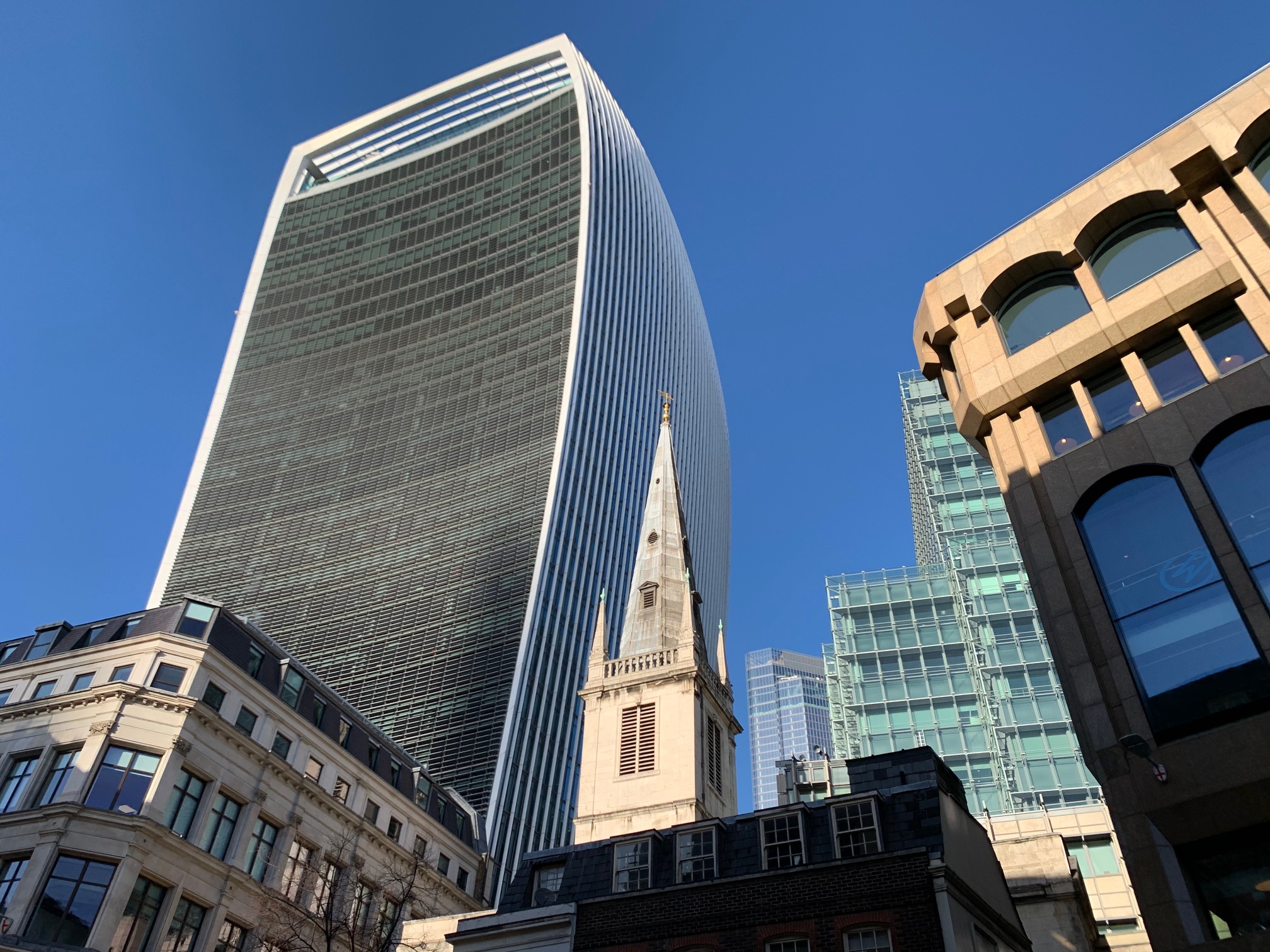 Mr Londoner, aka ex-museum of London comms director Antony Robbins, asks if the pandemic has signalled the death-knell of the City’s glass and steel jungle.

The City’s Eastern Cluster may sound like a breakfast cereal, but this is actually the financial district’s concentration of towering and futuristic buildings. These modern wonders, loved by some, loathed by others, offer a stark contrast to the otherwise low-rise Square Mile – with its Wren churches, Edwardian and Victorian buildings and indeed its Roman remains. 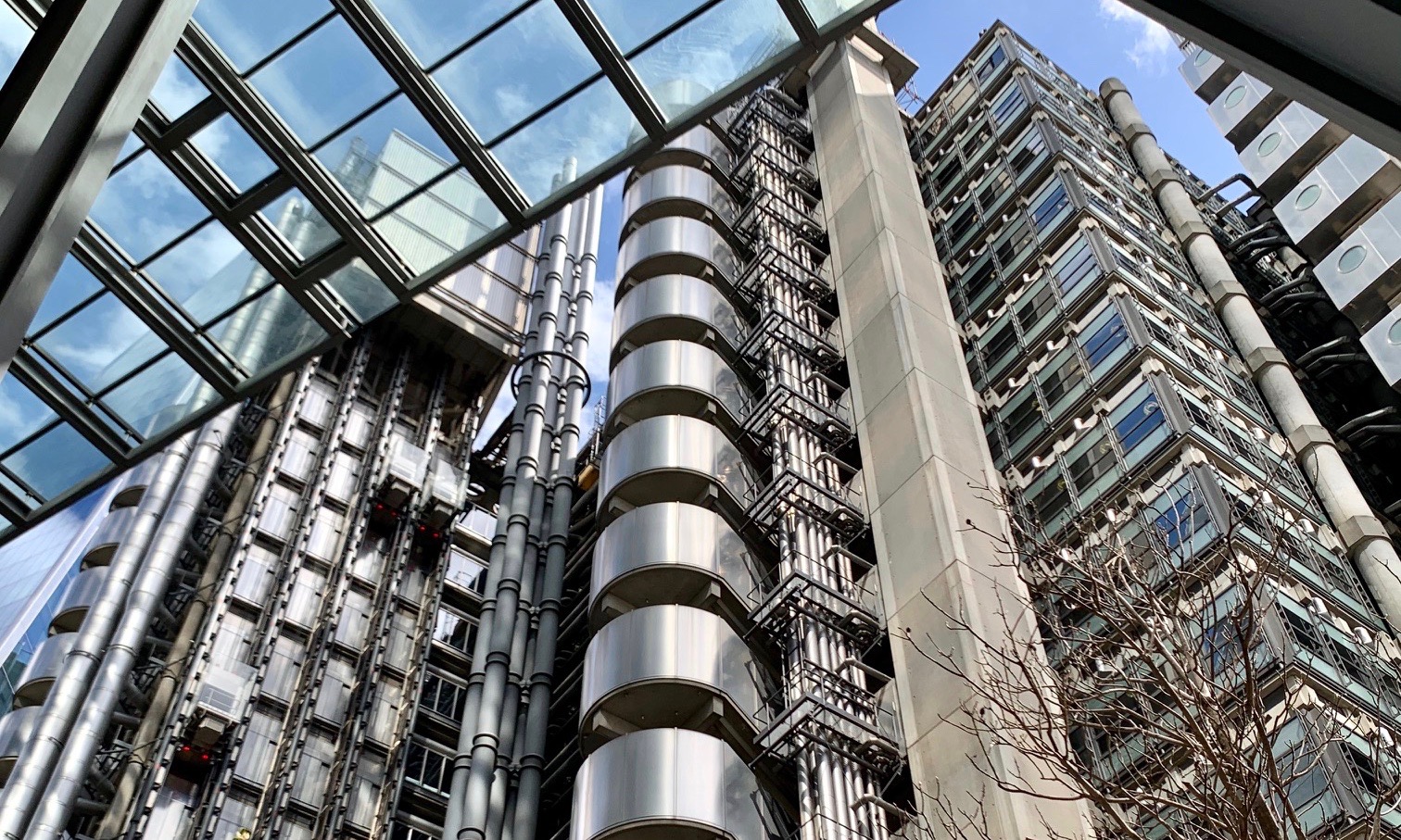 The Lloyd’s Building. Image by @Meetmrlondoner

The mushrooming of the City’s modern architecture started with Richard Rogers’ 1986 Lloyd’s Building, in Lime Street, and it grew from there. Planners restrict high-rise buildings to this corner of the City of London itself. There are of course tall buildings elsewhere in the Capital, notably in the Docklands’ financial district – known to some as a mini Manhattan – further to the east. 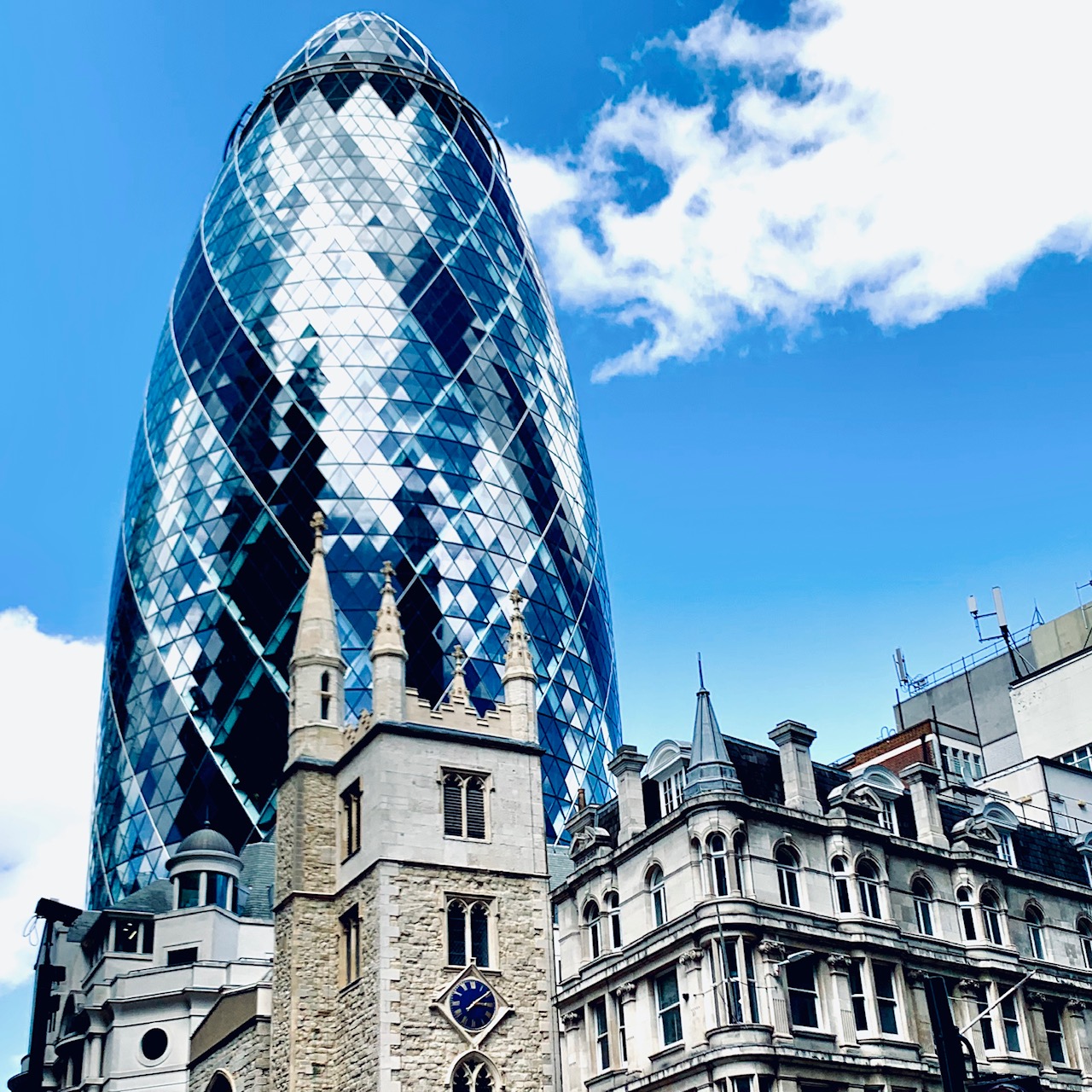 The Gherkin. Image by Antony Robbins

One of London’s best-loved newer arrivals, the Gherkin, at St Mary Axe, has now been enveloped by its bigger, but perhaps more anonymous, neighbours. This eastern part of the city is dominated not by banking, but insurance. And the sort of people going into the industry – young, techie, hipsterish even – are rather different from the wannabe Gordon Gekko-types of the Big Bang era. (For those of you not around then, Michael Douglas played the amoral corporate raider Gekko in the 1987 movie Wall Street, creating one of the 1980s most defining characters in the process).

If you suspected that the architectural monuments to hi-finance, so beloved of Gekko and his ilk were out of time, then you’ll feel that now more than ever. The pandemic has pointed to a new way of working. Some of us get our best ideas in the shower – or in the middle of the night. So, do we really need to live the 9-to-5 any more? One day we might miss those water-cooler moments, but the idea of moving away from the office, and the office culture, is an attractive one. Companies can potentially save thousands of pounds in rent, rates and utilities. Consequently, their staff get to work more flexibility and avoid the daily grind of the commute – one of the least popular aspects of any job. 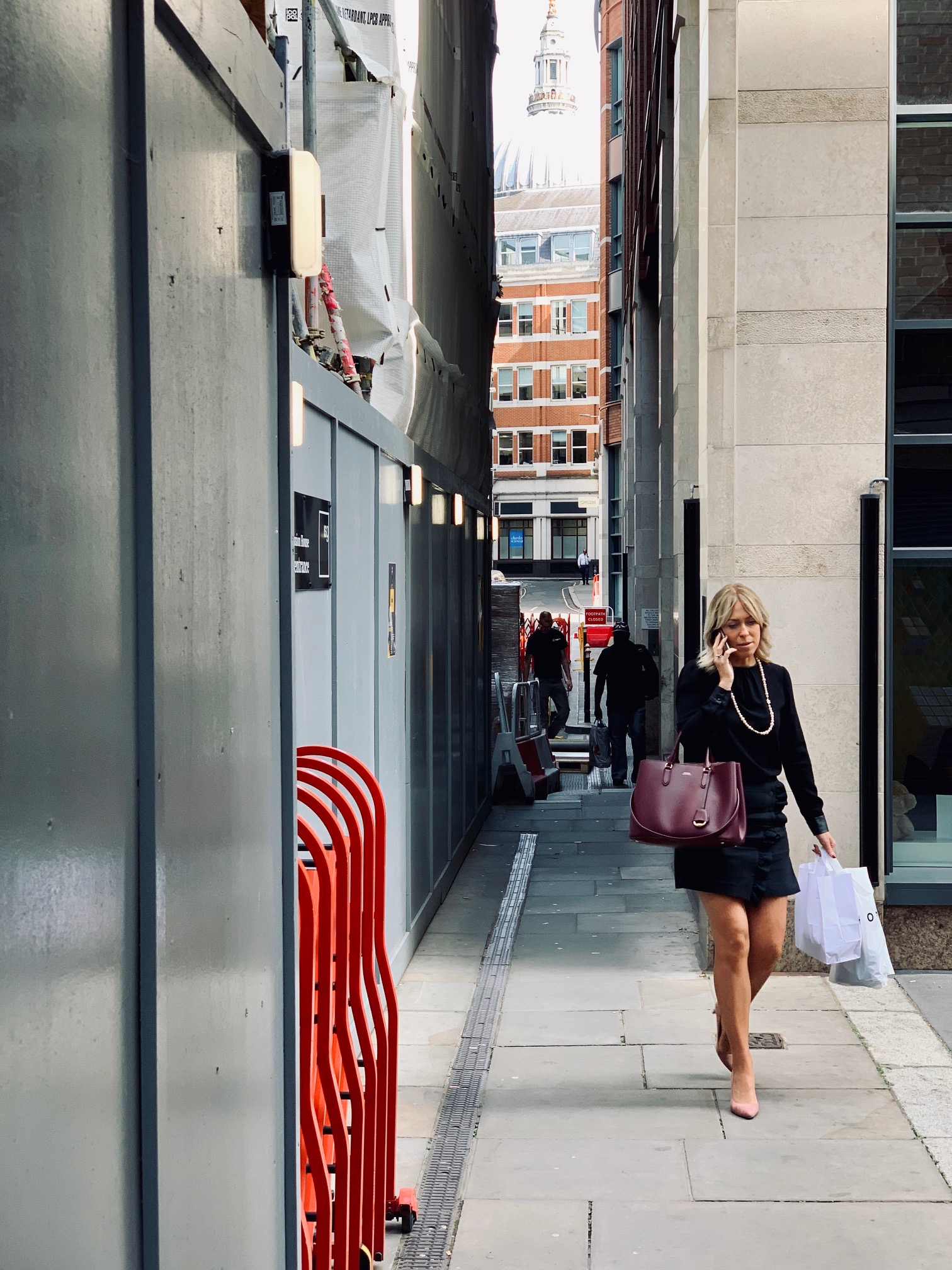 A number of City firms are now abandoning permanent headquarters, but maintaining virtual offices. These provide both a prestigious postal address in the Square Mile and access to meeting space when it’s required. At the same time, as we retreat from the City, our residential suburbs are getting busier. Many of us have taken to daily walks to get some exercise, discovering new green spaces, architecture and local shops (always calmer alternatives to crowded supermarkets). Thousands of adoptive Londoners have already fled the city, many returning to their former homes overseas. 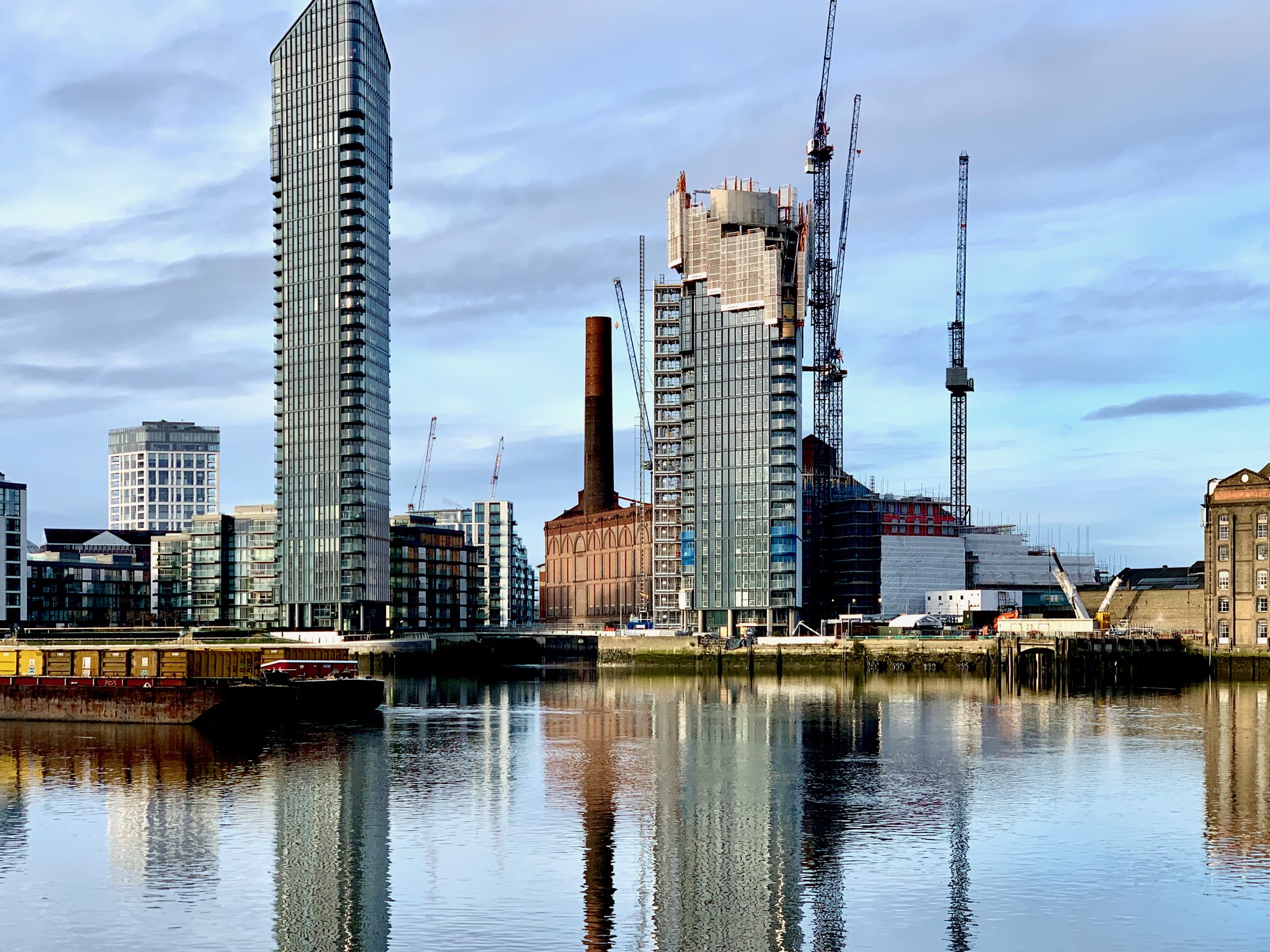 The London skyline, however, is still dominated by construction cranes. During lockdown building trucks and construction workers in hi-viz and hard hats, have remained a constant presence on our streets. Many of the developments they are working on are residential. These are mainly geared to the needs of wealthy international investors rather than local communities. I wonder if a prestigious penthouse in a multi-residential skyscraper looks quite so attractive as it did just over a year ago? Cash-rich London buyers, once in the market for a glamorous home in a tall tower, may now prefer the security and privacy of their own front door and their own back garden.

Other factors combine to make the tall buildings themselves a less attractive option. Shared spaces, from offices to lifts, encourage the spread of disease. Questions about the potential of dangerous cladding have also made renters and buyers, of both office and residential space, more wary.

It’s too early to draw lasting conclusions. The locked-down City of London certainly looks desolate at the moment – and it’s a sad sight.  However, the Square Mile has endured Roman invasion, cataclysmic fires and Hitler’s bombs. The City has its own unique culture, the product of 2,000 years of often colourful and sometimes turbulent history. It will be interesting to see how it bounces back from the shock of a pandemic and the impact of Brexit. But bounce back it must.

Antony Robbins is Mr Londoner. His post-pandemic bike tours of London will be back just as soon as lockdown finally lifts. Bring it on.