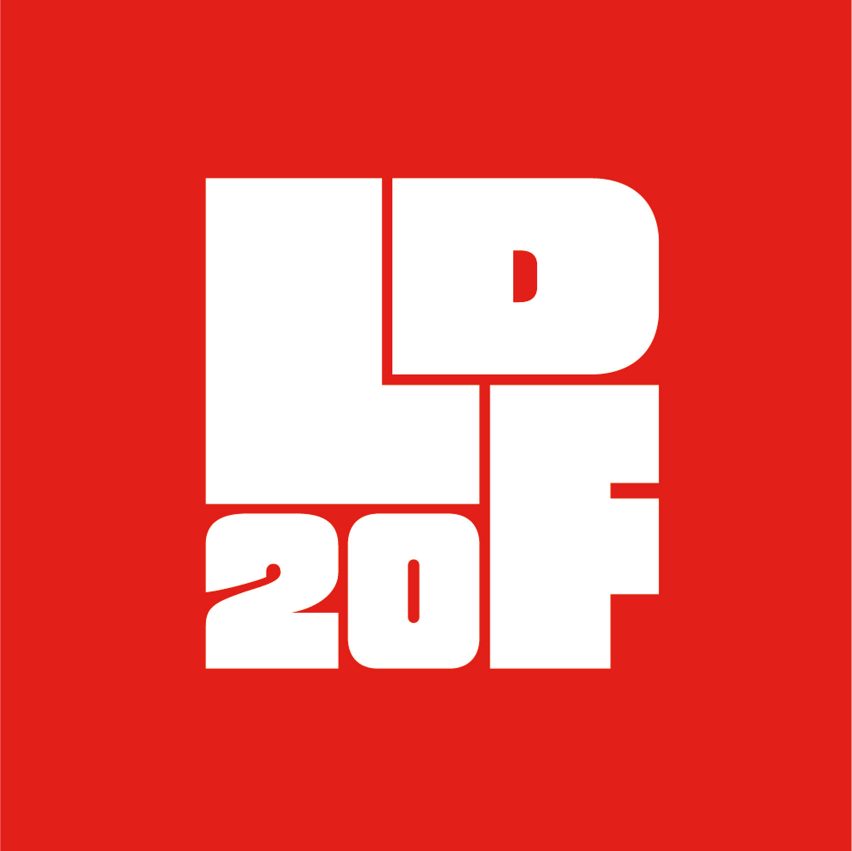 London has a long tradition of making, manufacture and design. Since before Roman times, the locals fabricated weaponry and tools, boats, earthenware and textiles. As time went on London became famous for making ceramics, jewellery and glassware. The arrival of immigrants from France and the Low Countries in the 17th and 18th centuries made London silk and tapestry-making the envy of the world.

Britain became the centre of the industrial revolution and by the 19th century, London was making ships, trains, machine tools, clocks and beautifully-calibrated scientific items.

By the 20th century, it was famous for cars, planes, industrial plant and all manner of domestic items. Time-saving gadgets for the home became more important as middle-class people could no longer afford servants. 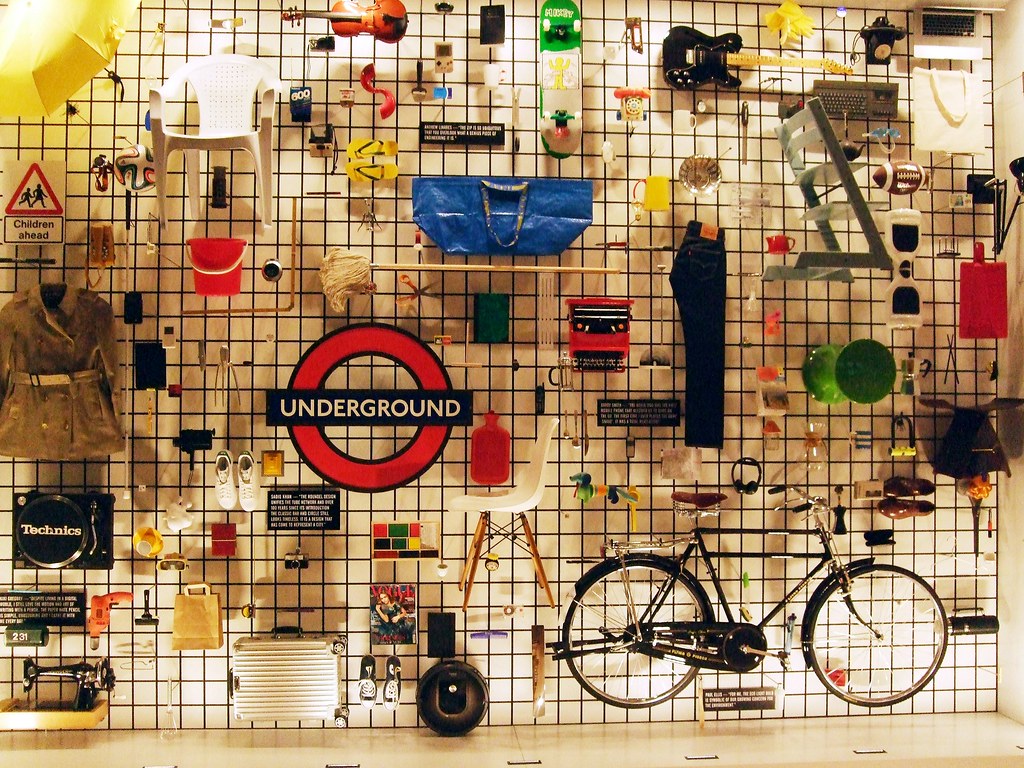 Installation In The Design Museum – London. Photo by Jim Linwood

Today, the industry is in decline and the UK has become a service economy. But look hard enough however and you’ll still find making and design in the city. Brompton manufactures brilliant folding bikes in West London. The Blenheim Forge makes knives in a Peckham railway arch. Across the city is an army of jewellers, ceramicists, artists, architects, metal-workers, product designers, gardeners, tailors, fashion designers, digital mavericks, shoe-makers, brewers and distillers. In Bethnal Green they even make wine!

Behind any effective product, whether it’s a pre-historic flint axe or a contemporary dream bathroom, is good design. This year, the team behind the London Design Festival is showcasing the brilliance of the capital’s contemporary design scene at a time when it needs promotion and support like never before. Now in its 18th year, the festival – like so much else – has had to run in an entirely new way. To this end, there will be a series of socially-distanced events and a supporting programme of major online activities between 12 and 22 September.

The festival includes architectural and design inspiration in the shape of site-specific commissions, exhibitions, displays and talks and workshops run by architects, designers, technologists, retailers, garden designers and other London makers. The festival divides the city up into seven design districts – with the eight district being online.

In west London’s Brompton design district there are pop-ups displaying the work of design students from the Royal College of Art, whose degree show was cancelled by the lockdown. In Kensington, the prize for the best-named event goes to Architecture for Dogs at the Japan House, which explores not canine housing but developments in furniture for work and home.

Booking for ‘Architecture for Dogs’ is now open! Be among the first to visit the internationally acclaimed exhibition which features playful designs for dogs by renowned architects and designers, including Ban Shigeru, Kuma Kengo and Itō Toyō. The exhibition, making its European debut after having toured the US, Japan, China and Brazil, opens on Saturday 19 September with a brand new piece by eminent UK architect Asif Khan. Don’t miss it by booking your free visit now via the link in our bio. #architecturefordogs #architecture #dogs #japan #japanhouselondon #design #exhibition #freeexhibition #london #kensington #japanesedesign #harakenya #ndc #contemporarydesign #japanesearchitectures

Independent retailers and shops are a major element of the festival’s programme. This is tough time for the ‘high street’. It has suffered from the pandemic, mounting business rates and the rise and rise of online shopping. SCP in Curtain Road EC1, is at the heart of Shoreditch’s Design Triangle. The beautiful store will showcase the work of exciting new furniture designers in an exhibition called One-Room Living. It explores the way we plan our lives today, examining themes of self-reliance and the practical necessities of city living. 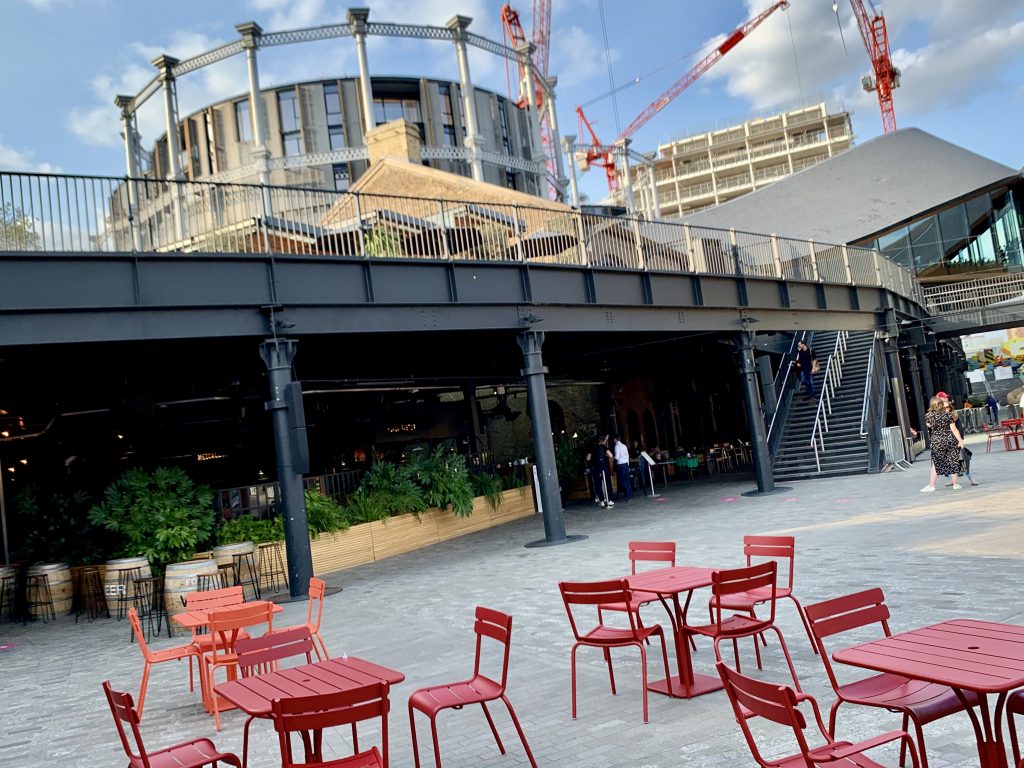 Coal Drops Yard is getting ready for the London Design Festival. Photo by Mr Londoner

Huissoud’s work is an incredible alien-like inflatable sculpture. It can be manipulated by people surrounding it in a socially-distanced circle using the nearby foot pumps, which comprise part of the installation. The art is designed to be fun and interactive. It also emphasises themes of unity and the importance of working together to reconsider our shared environments as we all emerge from the pandemic. 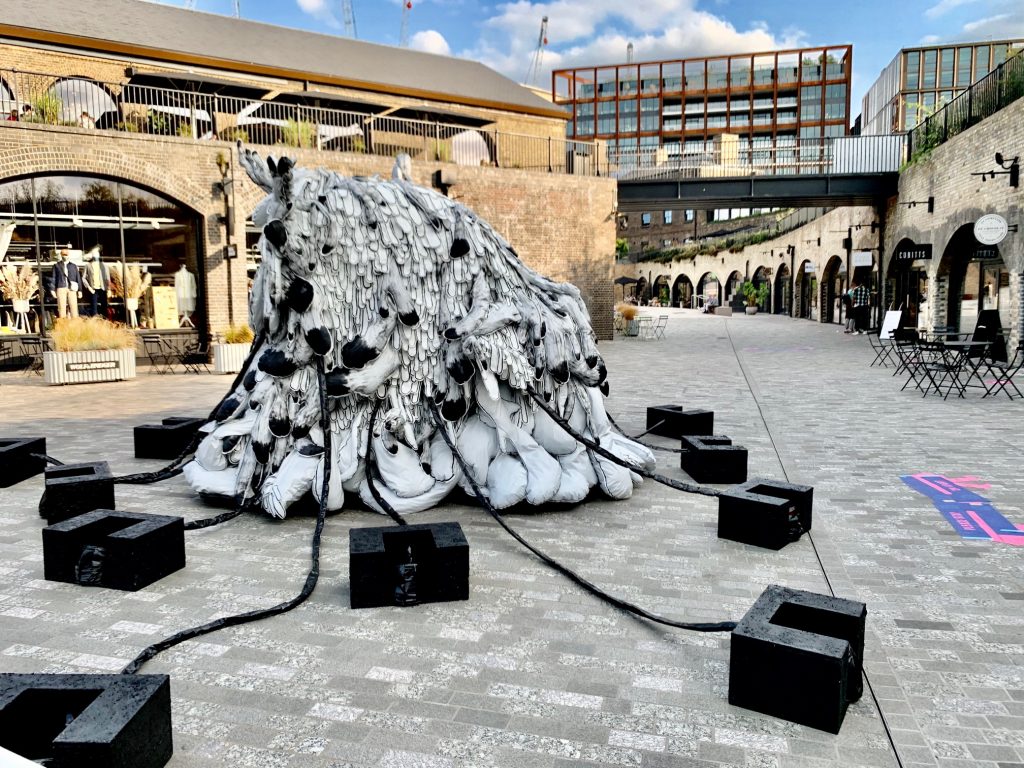 The Coal Drops Yard is itself the brainchild of award-winning designer Thomas Heatherwick. Attractively located on top of the Regent Canal, this post-industrial neighbourhood is today a hotbed of creativity. London’s former grain store – a massive Victorian edifice – is now the University of the Arts London. And creative businesses have flocked to the area, from Tom Dixon’s beautiful waterside design studio to independent retailers like Margaret Howell and Universal Works.

The pandemic has increased our focus on climate change. And the environment and sustainable design are at the centre of the festival’s narrative. Materials and practices are explored both in terms of their manufacture and environmental impact. At the Coal Drops, Muf architects – a Hackney-based collective of artists, architects and urban designers – has temporarily-installed ‘On their Way’. This is a series of large mature beech trees, designated ultimately for a school in Tottenham for children with special needs. In their temporary home in the Coal Drops Yard, the trees are laid carefully on their side. They are watered daily and treated with great reverence before they reach their final destination, where they will be planted out. 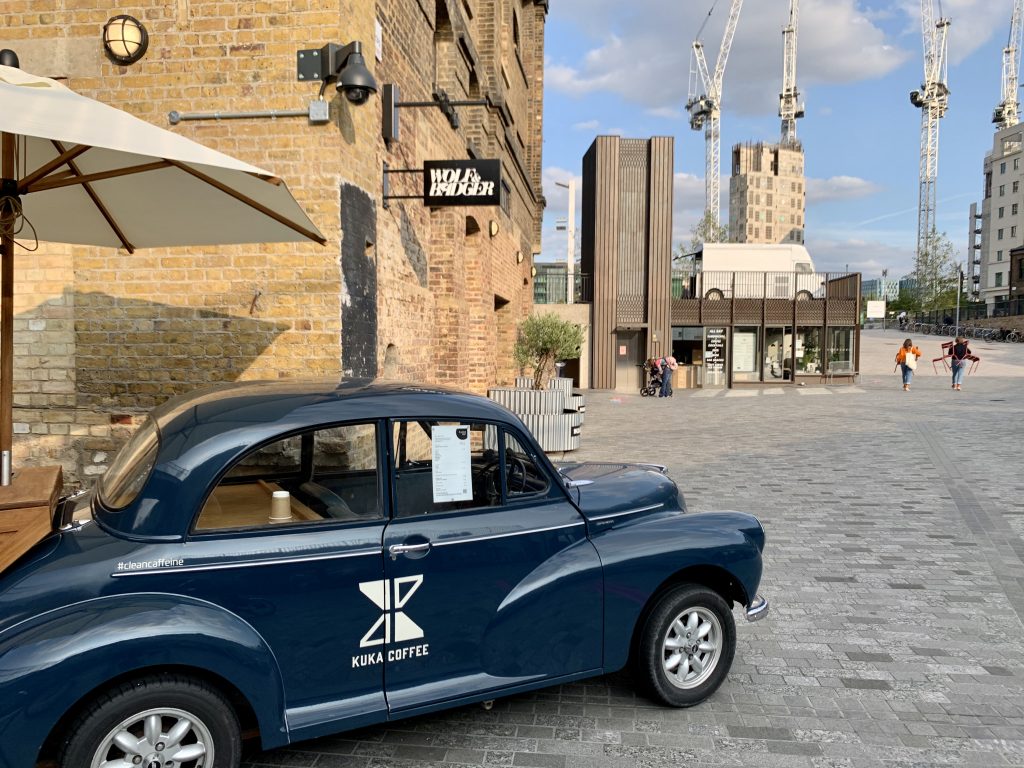 One of the most forward-looking installations – at Stratford’s, International Quarter London – is The Hothouse. This huge herbarium is a pop-up glasshouse growing exotic plants that could not currently thrive outside in London’s climate. The Hothouse can be regulated and adapted to suit the plants within. Garden Designer Tom Massey has partnered with Studio Weave to develop a planting scheme described as: “An edible jungle of exotic and unusual species’. The message here is that climate change may well enable us to grow these species in London by 2050. We’re told about the latest scientific research. Global temperatures could rise by four per cent by 2050, air quality could become five times worse and crop yields might fall by 30 per cent. Crops like guava, orange and avocado could be grown commercially in the UK by 2050. This suggests optimism, adaptability and resilience, Hothouse however also highlights the stark reality of a rapidly-changing climate for us all.

It’s been a tough year for everyone but especially so for the army of design freelancers, hit hard by the pandemic. The festival seeks to support this community by providing a voice to new talent. For the 2020 festival, there’s a new freelancer portal where industry creatives can share design content and their portfolios of products and ideas with the festival’s audience.

Form follows function and the London Design Festival constantly reminds us how great design can bring us happiness. It was that famous 19th-century designer and leading light of the Arts and Crafts movement, William Morris, who said: ”History has remembered the kings and warriors, because they destroyed. Art has remembered the people, because they created.”

Mr Londoner is Antony Robbins – a writer, broadcaster and a former director of the Museum of London.