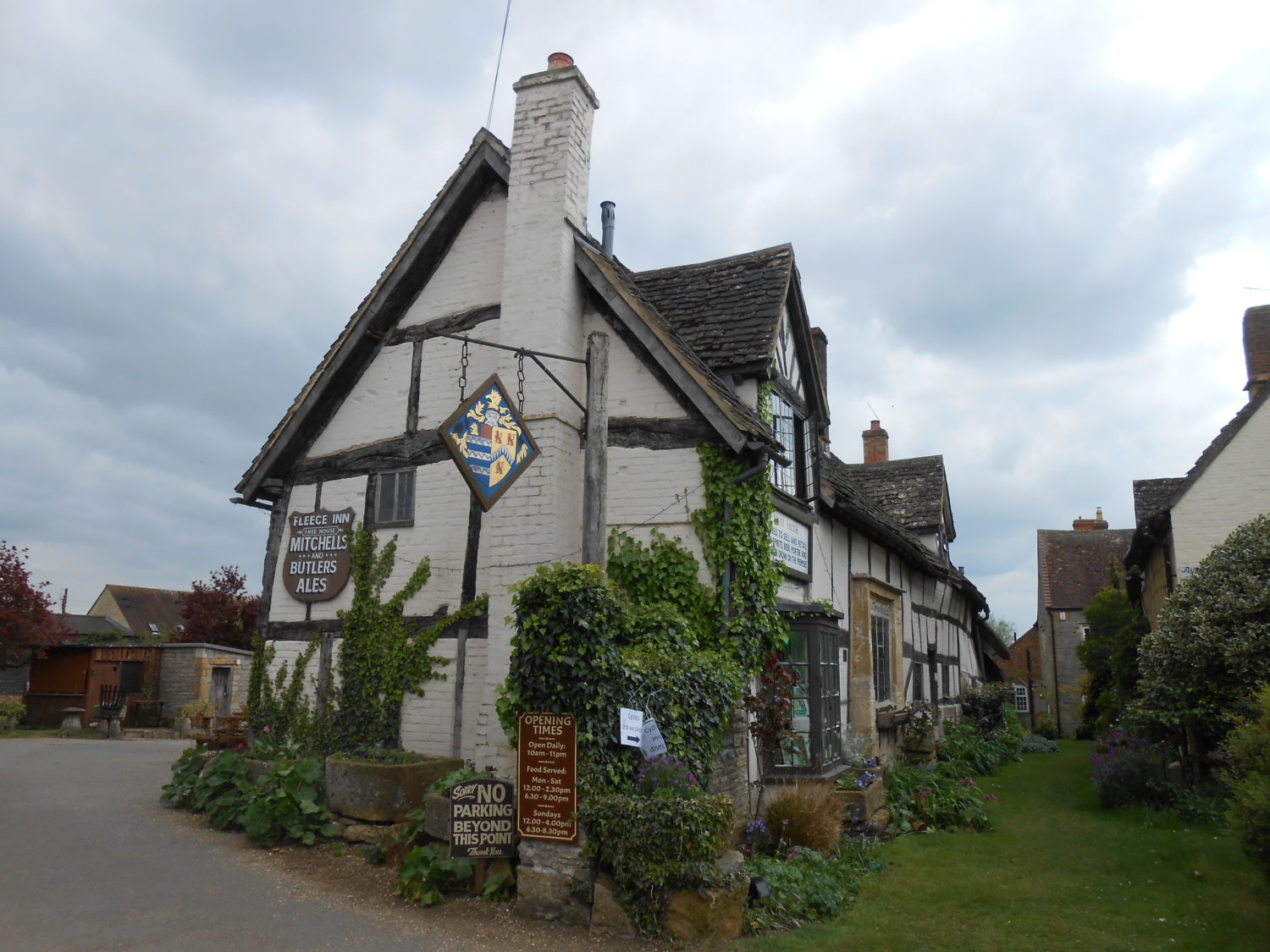 It’s hard to get more quintessentially English than a good village pub, and here Heart of England Blue Badge Guide Roberta Davis shares one of her favourites – The Fleece Inn in Bretforton, near Evesham, Worcestershire.

The Fleece Inn, a half-timbered building, was originally built in the early 15th century. It has been a pub since 1848 and is owned by the National Trust.

Originally built as a longhouse (an early type of farmhouse accommodating livestock and humans), by a farmer named Byrd, The Fleece has remained largely undisturbed in its architecture since the mid 17th century.

A vibrant part of the community and not far from the Cotswold Hills, the pub remained in the ownership of the same family until 1977. The last of these was Miss Lola Taplin, a formidable character remembered by many of the locals who was a direct descendant of the man who built the inn, living here for all of her 77 years until she passed away in front of the fire in the snug having run the pub, single-handed, for the last 30 years of her life.

Lola bequeathed the Inn to the National Trust, making it the first pub in the country to be owned by the charity. Local folklore has it that she still watches over the pub and its people in the incarnation of an owl that sits on the ridge of the thatched barn! There are also witch circles – to prevent witches from entering down chimneys.

The Fleece houses a pewter collection, on display for over 300 years, reputedly Oliver Cromwell’s pewter dinner service (17th century Jacobean English pewter ware), that was exchanged on the way to the Battle of Worcester, and there are three Morris Sides based at the Pub: Pebworth; Belle d’ Vain and Asum Gras.

The Vale of Evesham has strong historical connections with the production of asparagus and the year’s biggest and juiciest of the green spear is auctioned off in aid of the Bretforton Silver Band at The Fleece Inn. The pub hosts various annual festivals, the most famous of which is the British Asparagus Festival Day at the end of May. Thousands visit to sample the local produce and enjoy traditional local rural activities. ‘Gras’ is the local word for asparagus.

With a Heart of England Blue Badge Guide you will get the most from your visit. You can find out more about Roberta Davis here.