Travel south west from London and within 100 minutes, you’d find yourself within the 200 sq miles of the New Forest, one of the UK’s National Parks. Situated mainly within the county of Hampshire, west of the cruise and container port of Southampton – departure point for the ill-fated Titanic in 1912 – south-west of the City of Winchester, and extending to the borders of Dorset and Wiltshire. 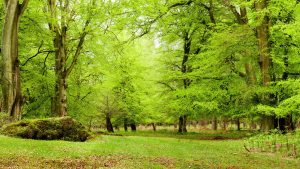 The name New Forest is misleading, being neither new – established as a royal hunting park in 1079 for King William I – nor completely tree-covered, as large open areas of gorse and bracken abound. It’s an outstandingly scenic part of southern England, a Site of Special Scientific Interest and home to some delightful little villages and to its best known residents, the New Forest ponies. 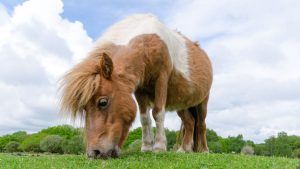 Ponies in the Forest are used to visitors and don’t mind popping their heads through open car windows to say hello – unnerving if you’re not expecting it and, for the well-being of the animals, not to be encouraged. Plenty of exploration opportunities exist for all visitors within this picture-perfect Forest. 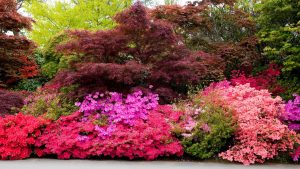 The Gardens of Exbury

To the south of the New Forest lies Exbury – 200 acres of extensive gardens, densely planted with rhododendrons and azaleas (at their best around April/May/June), while at nearby Beaulieu, petrolheads please note, is the National Motor Museum, home to a huge historic collection of both commonplace and exotic cars, Aston Martin, Morris, DeLorean – the list is extensive. In the heart of the Forest the towns of Lyndhurst and Brockenhurst provide centres for hiking, cycling and wagon rides and, for the less energetic, there are some good pubs and restaurants.

Providing an alternative to the delightful forest scenery, why not also pay a visit to the City of Winchester? Situated by the River Itchen in a chalk valley, Winchester was once the capital of Saxon England. Being surrounded by hills, it’s a city that feels very intimate, yet it is home to an imposing Norman cathedral, the longest gothic cathedral in Europe, and the final resting place of the author Jane Austen. Austen was born on 16 December 1775 at the village of Steventon in North Hampshire. She lived at Steventon Rectory for the first 25 years if her life. Following her father’s death, Jane moved to Southampton in 1805  and between 1809-1817 Jane lived in the beautiful village of Chawton near Alton. For lovers of literature a visit to the Austen House Museum in Chawton Village is a must. 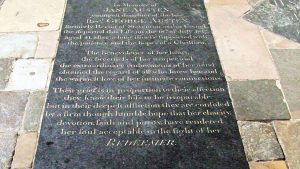 Close to the Cathedral with its attractive and peaceful precincts surrounded by the flint walls found in chalk landscapes is the pedestrianised High Street. Here there are plenty of shops, cafes and restaurants as well as stalls selling local produce on market days. 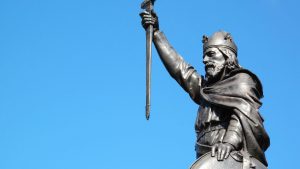 In one direction, the High Street rises up to the Great Hall, home to the Round Table, which has the names of knights of King Arthur’s court inscribed round the circumference. It’s old – 13th Century – and impressive. At the opposite end of the High Street, another impressive structure, a statue of the only king we’ve called Great; Alfred the Great. Legend has it that while taking refuge from Vikings in the home of a peasant woman he burned the cakes that the woman had asked him to watch, as he was so preoccupied with saving his kingdom. Great at protecting his peoples against the Danes, not so great at cookery though.

There’s literally something for everyone in Hampshire – a perfect blend of heritage, nature, myths & legends, city, coast and country. 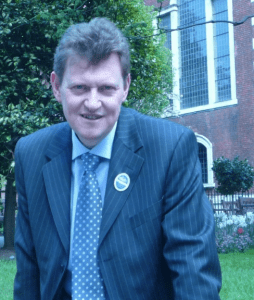 Mark Stevenson is a Blue Badge Driver Guide and enjoys nothing more than sharing his knowledge of London and the UK with visitors. He specialises in driver guided tours offering both classic and highly personalised tours that speak to his clients’ passions and interest. He’ll pick you up, provide insightful commentary along the way, help you explore the classic sites and discover the unexpected gems, point you in the direction of the best eateries/pubs/shopping and return you to your accommodation. You can contact Mark here