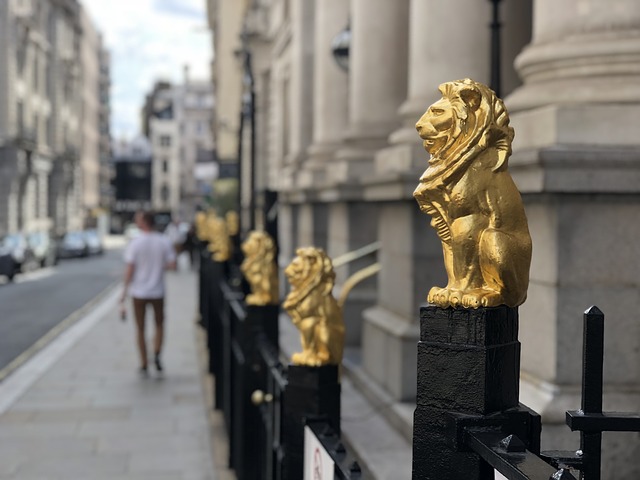 The Royal Courts of Justice, (RCJ) on the Strand in London stand at the heart of a thriving Legal district whose illustrious history does much to encapsulate what London is about.

Via small alleyways, a short walk away lies a world where some of the best legal brains in the country toil away in tranquil medieval surroundings the majority being know as barristers. Blue Badge Guide and ex Lawyer, Mitchell Cregor takes us on a legal tour of London. 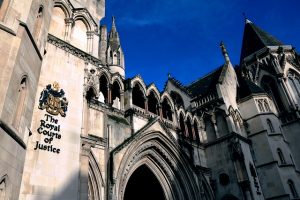 The Royal Courts of Justice

“In the legal system of England and Wales, barristers are lawyers whose speciality is the presentation of cases in courts and tribunals and provision of expert legal advice.

This can be confusing for some. In a nutshell, let’s say you consulted a lawyer about a legal matter. In the main, this would be with a solicitor who would provide you with some initial advice. If the matter was technical or complex, the solicitor may recommend getting a view from ‘counsel’ which in effect means a barrister would weigh up the materials to hand and produce an ‘opinion’ of the legal position and chances of ‘success’ should the matter end up in a court case.

All practising barristers must be members of an ‘Inn of Court’ of which there were many but now there are just four and within their estates, you can see and feel their medieval roots. True ‘hidden gems’.

Some of the highlights of Legal London walks, which are typically 1.5 – 2 hours may include:- 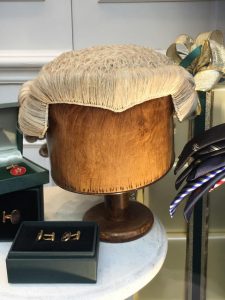 The Royal Courts (RCJ)
This fine neo-gothic masterpiece features a spectacular entrance hall which is the hub of an extensive network of courts covering various legal divisions. Although it has expanded way beyond the 19-century vision behind it, the core of it remains largely unchanged. Visitors are welcome to observe most cases where time allows. The RCJ also has an interesting exhibition of legal dress. 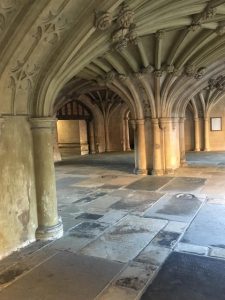 The Undercroft of The Chapel in Lincoln’s Inn

Lincoln’s Inn
All four Inns are focussed on the qualification, training and development of its ‘members’ throughout their legal careers. In the ‘polite rivalry’ between them is the question of which is the oldest which is a moot point. As Lincoln’s has formal records dating back to 1422 and evidence of its existence before that – they say they are. Lawyers love to argue and documents help! Either way, on a visit to Lincoln’s Inn you will see some of their 11-acre site which features some special buildings set in beautiful grounds including: 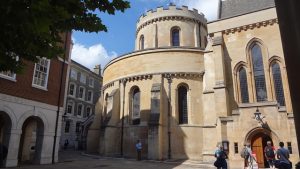 Middle Temple
The Hall at the heart of this Inn is said to be one of the finest Elizabethan Hall’s (16th century) in the country wherein is a table said to have been made of an oak gifted to the Inn by the first Queen Elizabeth. That strong Royal connection has continued into the modern era with both the Queen Mother and Prince William, having been made ‘Royal Benchers’. Middle Temple also holds a special significance for American visitors – five signatories of the ‘Declaration of Independence’ were Middle Templars.

In addition to running some 43 buildings and pretty gardens, Middle Temple shares a larger site know as ‘The Temple’ with ‘Inner Temple’ which goes back to the formal granting of the land to them jointly in 1608 by King James I. That grant made both Inn’s responsible for the oversight of Temple Church (situated between them) which dates back to the 12 century and is one of only 3 ‘round churches’ in the country. It shot to international fame when is featured in the blockbuster film of Dan Brown’s best seller, ’The Da Vinci Code’. 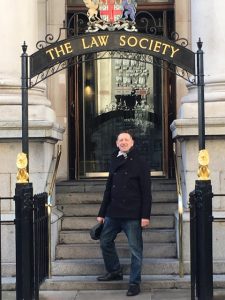 A tour of this unique part of London is therefore not only about Legal London – you just can’t separate it from its many literary connections – clues of which you will find all around on any such walk with a Blue Badge London Guide.”