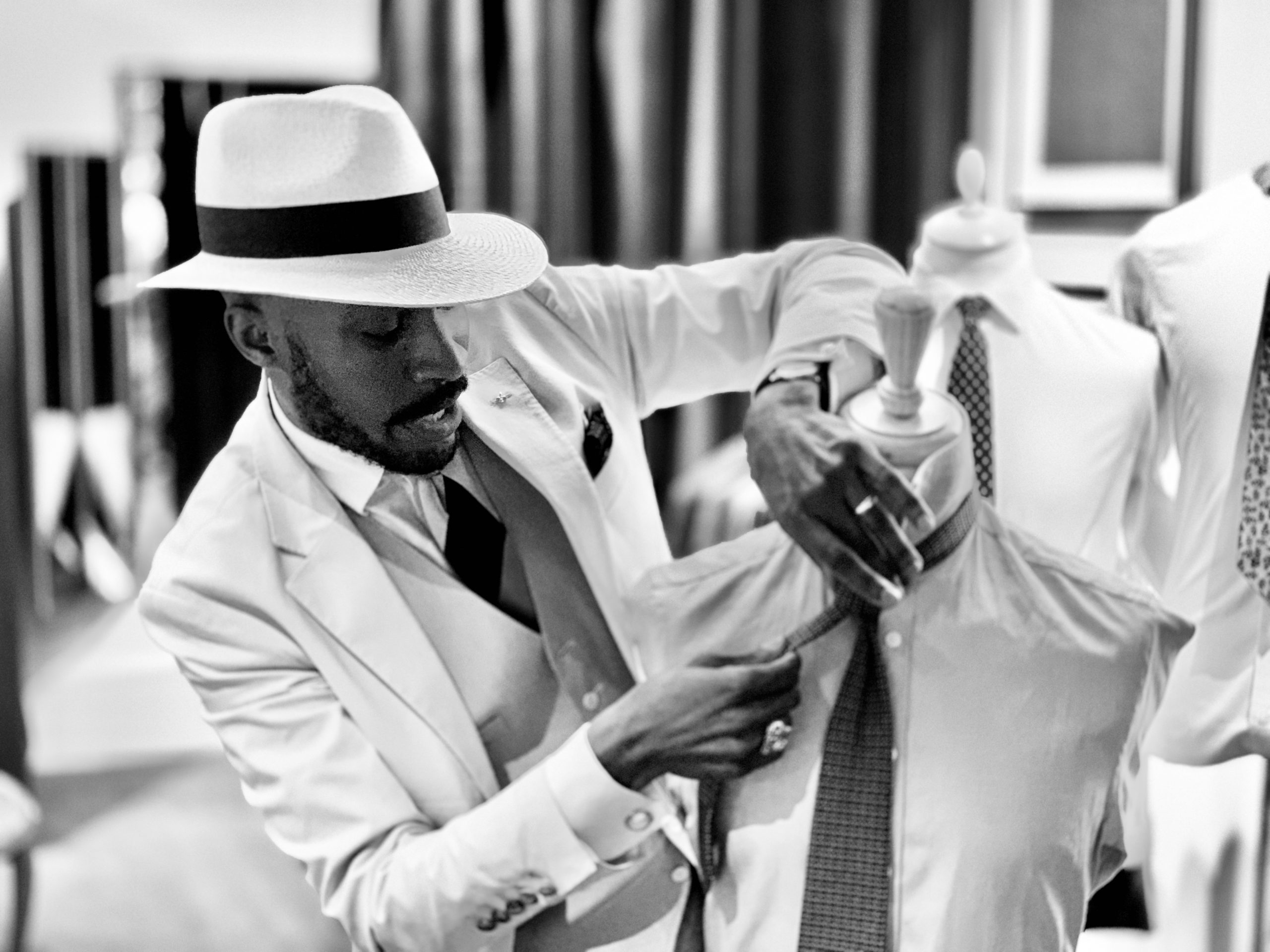 London has shaped by the world and been shaped by the world. October marks Black History Month. This gives us the opportunity across the UK to spotlight the contributions to every aspect of British social, cultural, political, scientific and sporting life of the UK’s diverse communities of African and Caribbean descent. Here, Mr Londoner, aka Blue Badge guide Antony Robbins celebrates one family’s journey through the decades, as described through the family of his friend and collaborator, London tie maker Shaun Gordon.

In 1959 an ambitious young Jamaican, Alvin Gordon, set off on a journey – and what ultimately became a new life – in London. A quiet but particular man, Alvin would have planned every detail, as eventually, other members of his family – wife Theresa, known as Miss Raggy, tiny daughters Carlean and sister Rose would also join him in England. A painter and decorator by trade, Alvin was always sharply-dressed. In the words of his grandson (Carlean’s son and now a bespoke tiemaker) Shaun Gordon: “Alvin believed in looking his best at all times as he never knew who he might meet. He wanted to be ready to grasp any opportunity that might arise,” says Shaun. And this timeless style influences Shaun’s own exquisite neckwear designs to this day. 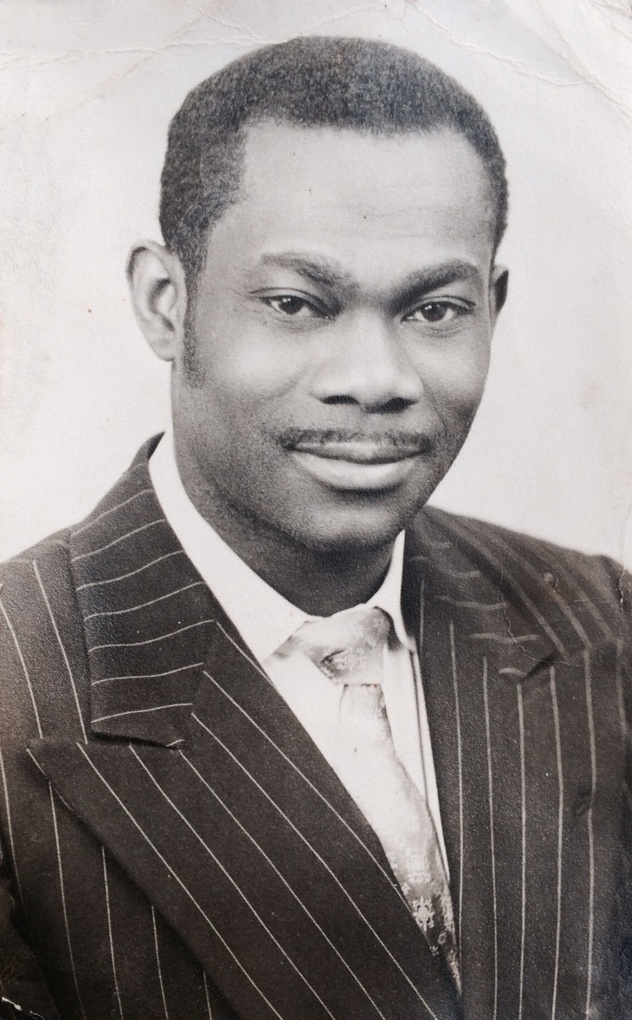 A moment in time. Alvin Gordon in his signature suit and tie. Credit: Shaun Gordon

Alvin, like many Jamaicans, responded to a call for manpower from a blitz-ravaged Britain, which, in the early 1960s, was still recovering from a long war that had shattered the nation’s economy. Jamaica’s relationship with Britain was a close one. It was one of many Caribbean countries that had fought Hitler and where enthusiasm to defend ‘King and Empire’ remained widespread. Over 10,000 people left sunny Caribbean homes to join the British forces and yet the stories of these men and women are perhaps not as well known as they should be.

Traditionally we celebrate the ‘Windrush Generation’ – the pioneers who first arrived at the port of Tilbury, in Essex, from Kingston, Jamaica in 1948 on the former German troopship the Empire Windrush. Alvin, however, came by air, settling in Forest Gate, East London. Carlean remembers her Dad’s early London stories. “Sometimes he couldn’t find the front door it was so foggy. He never drank or smoked and was always immaculately dressed in suits and a trilby hat. He only took his tie off indoors,” she says. 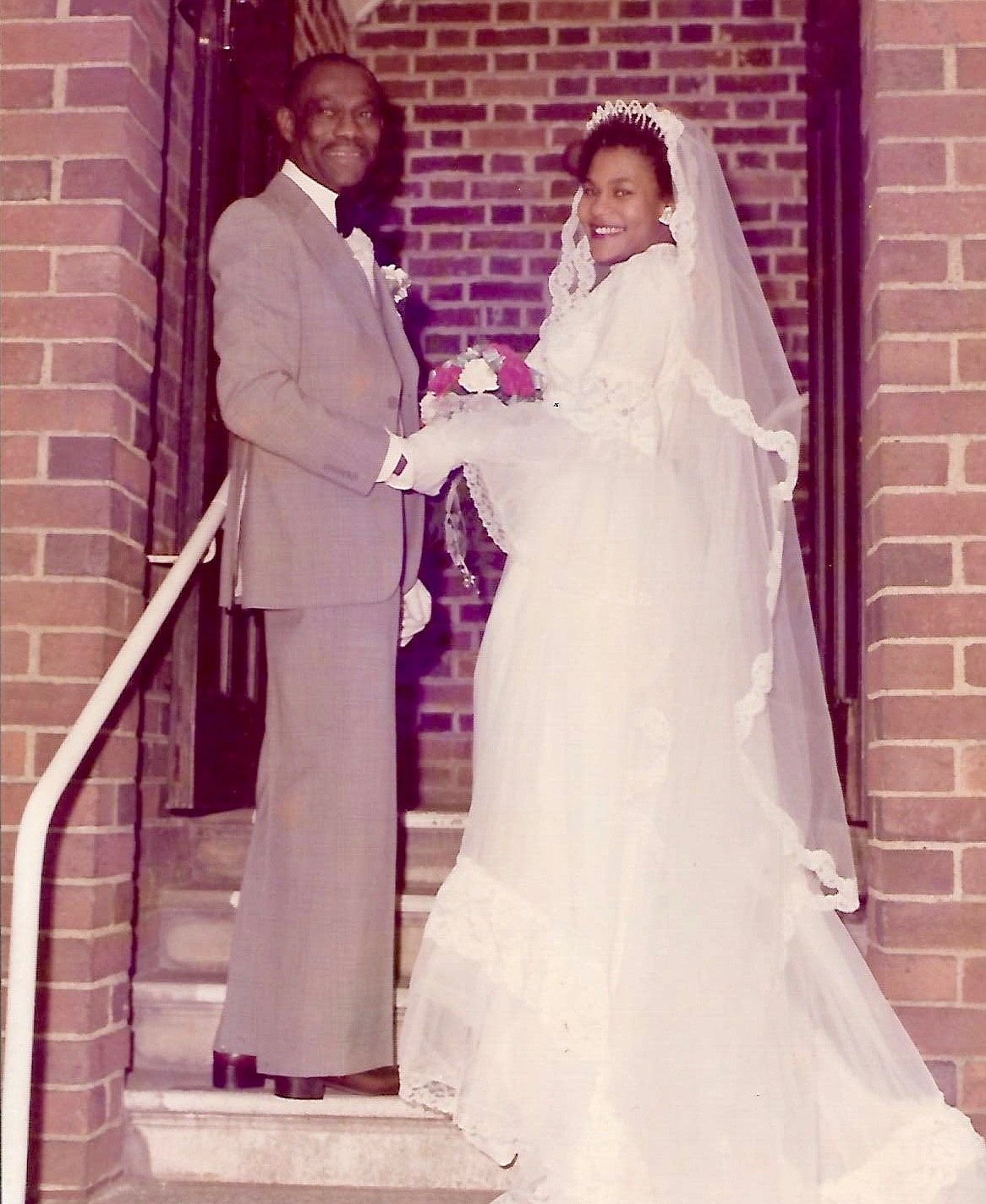 Alvin’s sister Ida, arrived after her brother. She endured an arduous journey on the SS Europeana, The ship docked at Trinidad, Venezuela, Barcelona and Genoa. Leaving Jamaica in late December 1959, Ida arrived in London on 10 January 1960. While anchored at Trinidad Ida remembered coconuts being sold from small boats. “They would send the coconuts up on a string in a basket.  Passengers would pay for the goods by throwing money overboard and they laughed as the sellers would swim quickly to recover the cash. The first time we left the ship was at Barcelona. I was amazed to see open markets … also selling coconuts,” says Ida. 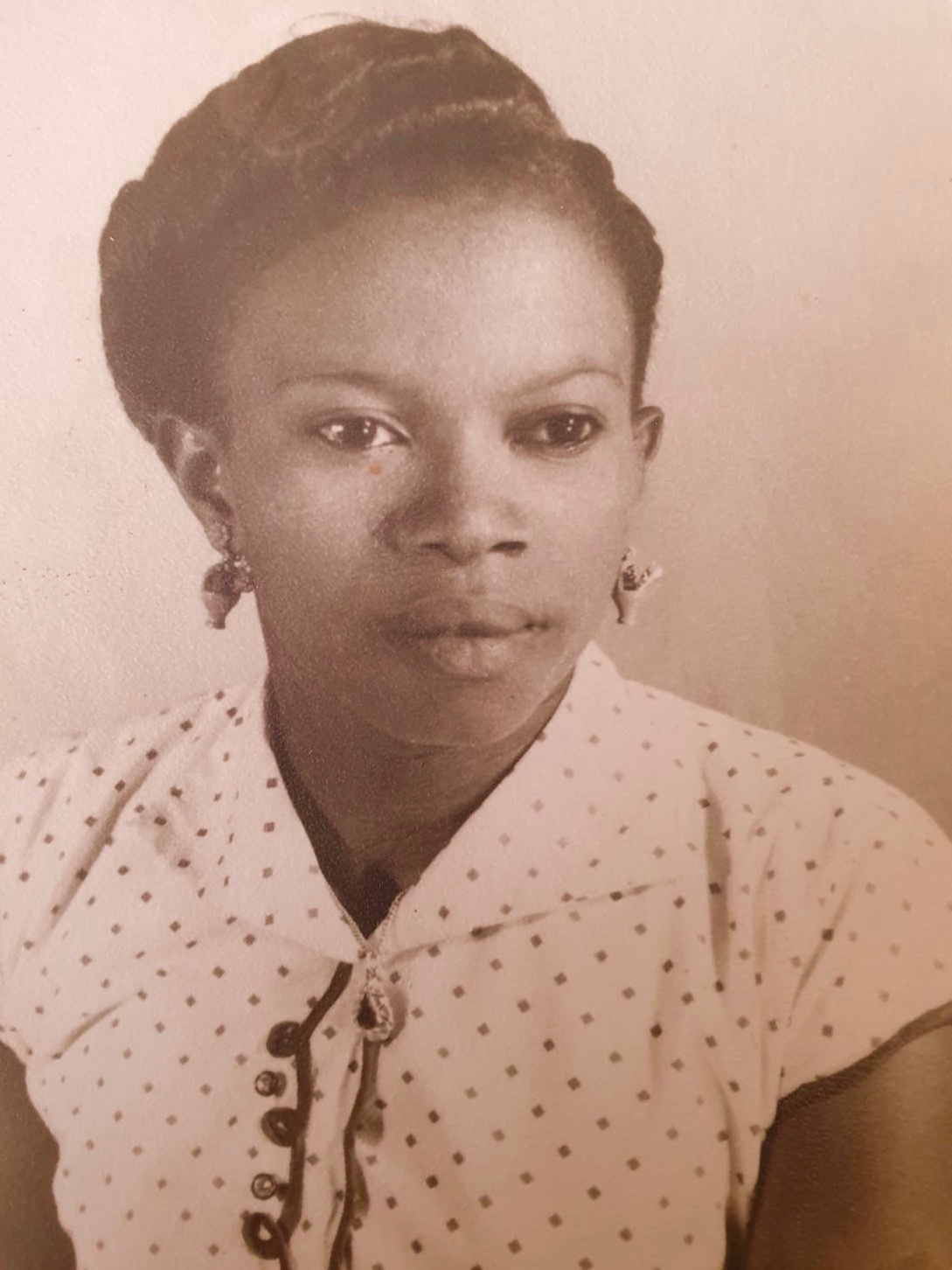 The final part of Ida’s journey involved a 24-hour train ride from Genoa to Calais, a Dover ferry and another train to a tired and battered-looking Victoria Station. Ida settled in Brixton’s Coldharbour Lane before moving to her current home in Stockwell, where the family would traditionally meet for Sunday lunch after Church. Ida’s husband, Harry, worked at the Ministry of Defence, firstly in Chessington in Surrey and then in Hendon in London’s north-west suburbs.

Alvin set about getting to know his new city. Carlean remembers family trips to London Bridge. Ida recalls her brother’s visits to the Mall and also a trip to Buckingham Palace – a rare thing back in the day. Alvin enjoyed buying postcards recalling his adventures. Meanwhile, the family continued to make progress, Carlean did well at Newham’s Plashet Grove and Elmers Grove School in east London, eventually running her own successful catering business. 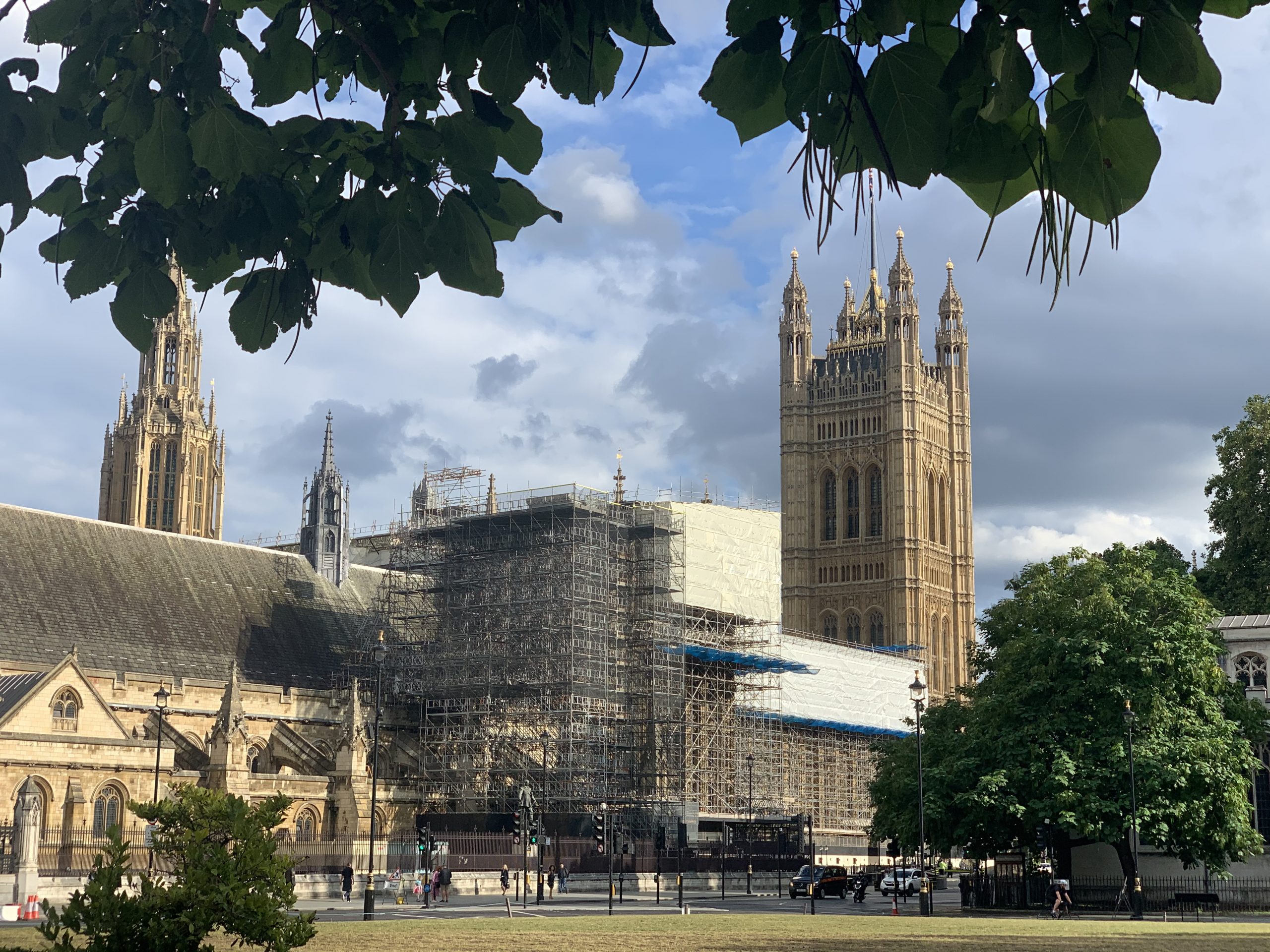 The Palace of Westminster. Alvin was keen to see the sites. Image by @Meetmrlondoner

Alvin had his own unique and distinct style and this timeless look endures in Shaun’s work. Shaun makes bespoke silk ties in London. “Alvin had a modest wardrobe but matched everything around his precious suits and pristine shoes. I want to champion the craftsmanship of a bygone era by creating handmade pieces in small numbers to express the idea of individuality above conformity,” says Shaun.

Carlean is now a business owner of the Sunrise Caribbean food takeaway and a proud grandmother, to Shaun’s young son Taylor. Shaun’s bespoke ties have been featured in the pages of high-end fashion publications, including Esquire and GQ Magazine. It remains to be seen if young Taylor carries on the family tradition. But the name’s a good start.

Antony Robbins is a communications specialist, broadcaster and former Museum of London director. Join him on a tour to see Alvin’s London and meet Shaun, his stylish tiemaking grandson.