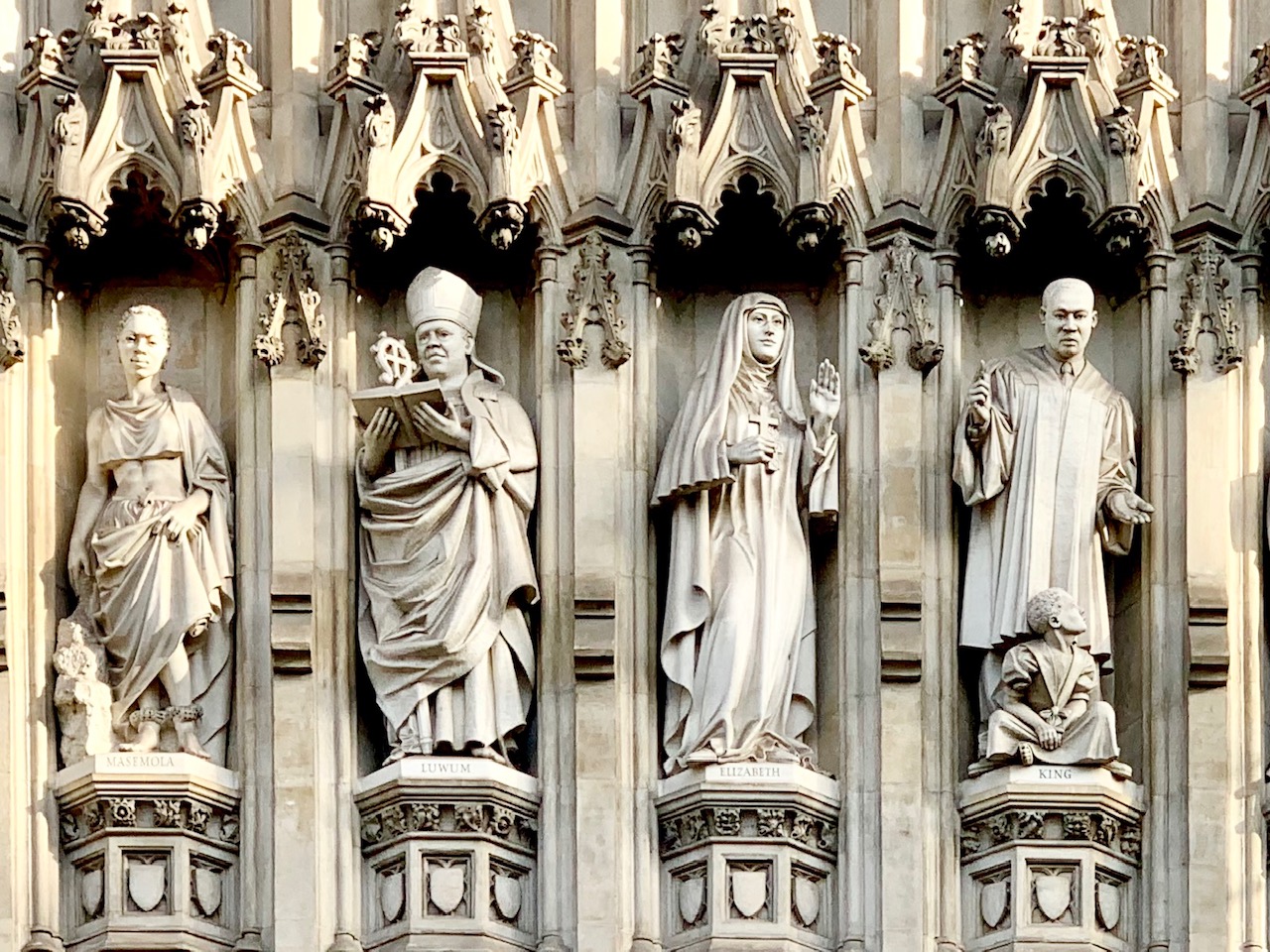 Westminster Abbey, the nation’s church, and the burial, marriage and coronation place of our monarchs for nearly 1,000 years, has re-opened its doors. This beautiful 11th century building – the Collegiate Church of St Peter at Westminster, to give it its proper name – is in normal times one of London’s most popular (and most crowded) tourist attractions. 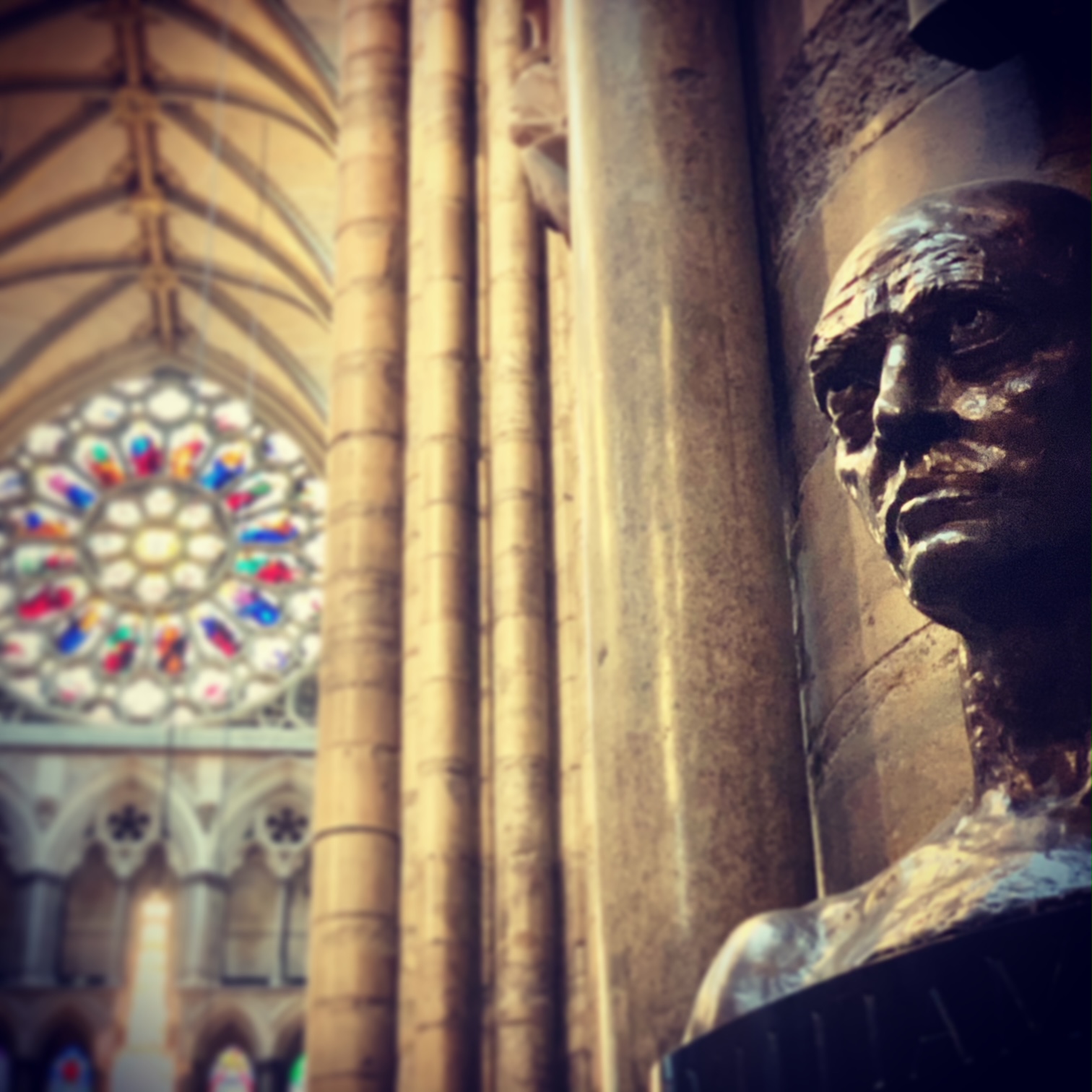 People flocked here to see where the Duke and Duchess of Cambridge were married in 2011 – and where the Queen was crowned in 1953. Others visit to explore the lives of great artists at Poet’s Corner, from William Blake to TS Eliot. Perhaps most atmospheric of all are the medieval tombs in the Sanctuary. Here lie kings and queens like Henry III and Edward I. Among the royal tombs are the exquisitely-inlaid memorials to early Norman knights. At the heart of everything is the Chapel of Edward the Confessor. He was the king and saint who constructed the original abbey. Edward died a week after the Abbey’s consecration on 28 December 1065, too ill to attend the opening and the Abbey became his shrine. 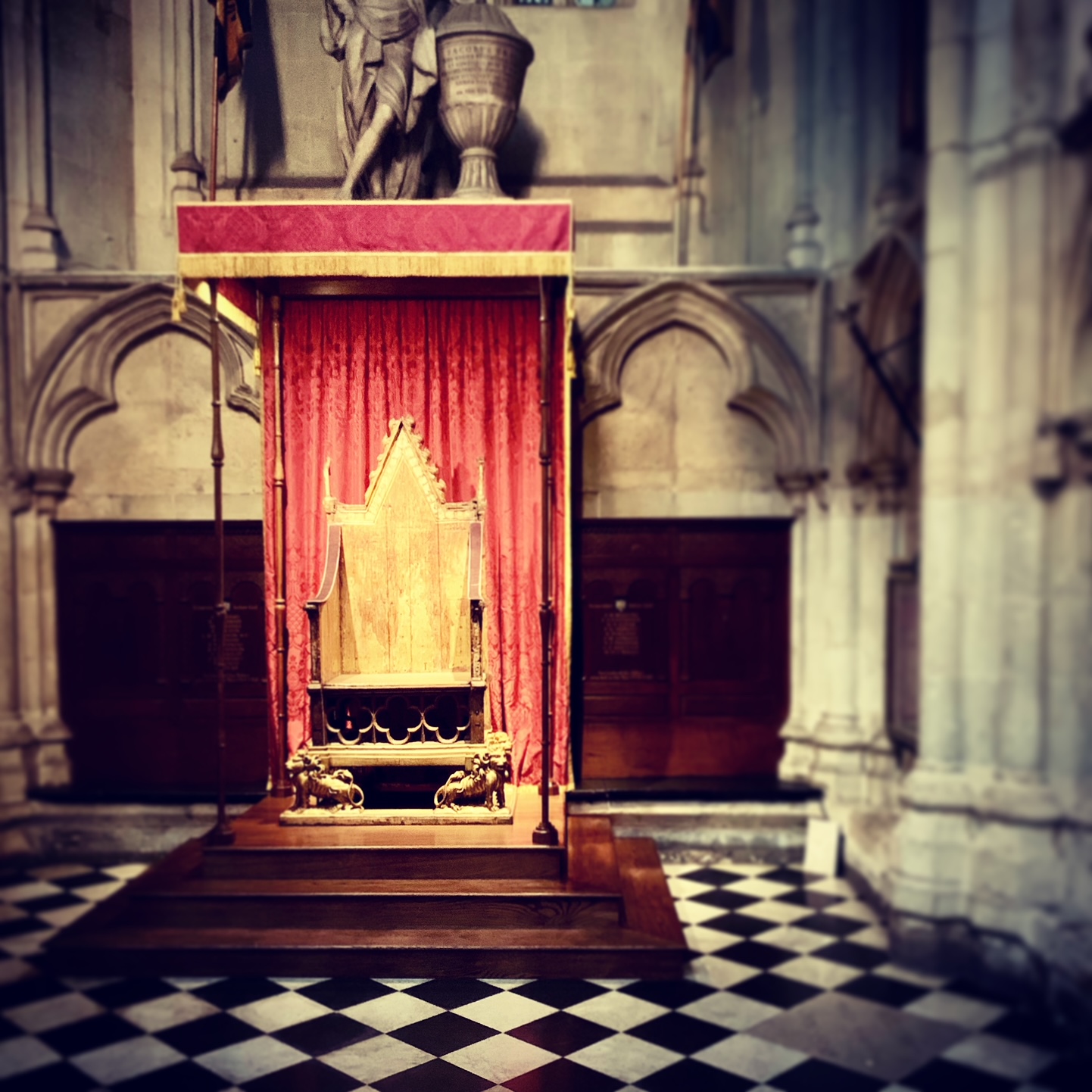 The Coronation Chair in the St George’s Chapel. @Meetmrlondoner

The perfect time to visit

Whatever your reason for a visit, now’s a great time to explore. The crowds are absent: the breathtaking space can be navigated with ease. The whole experience feels so much calmer and relaxed than in the pre-pandemic heyday. The Abbey is a ‘Royal Peculiar’. This means the senior cleric here, the Dean of Westminster, answers directly to the Queen, as opposed to the Archbishop of Canterbury, the principal leader of the Church of England. 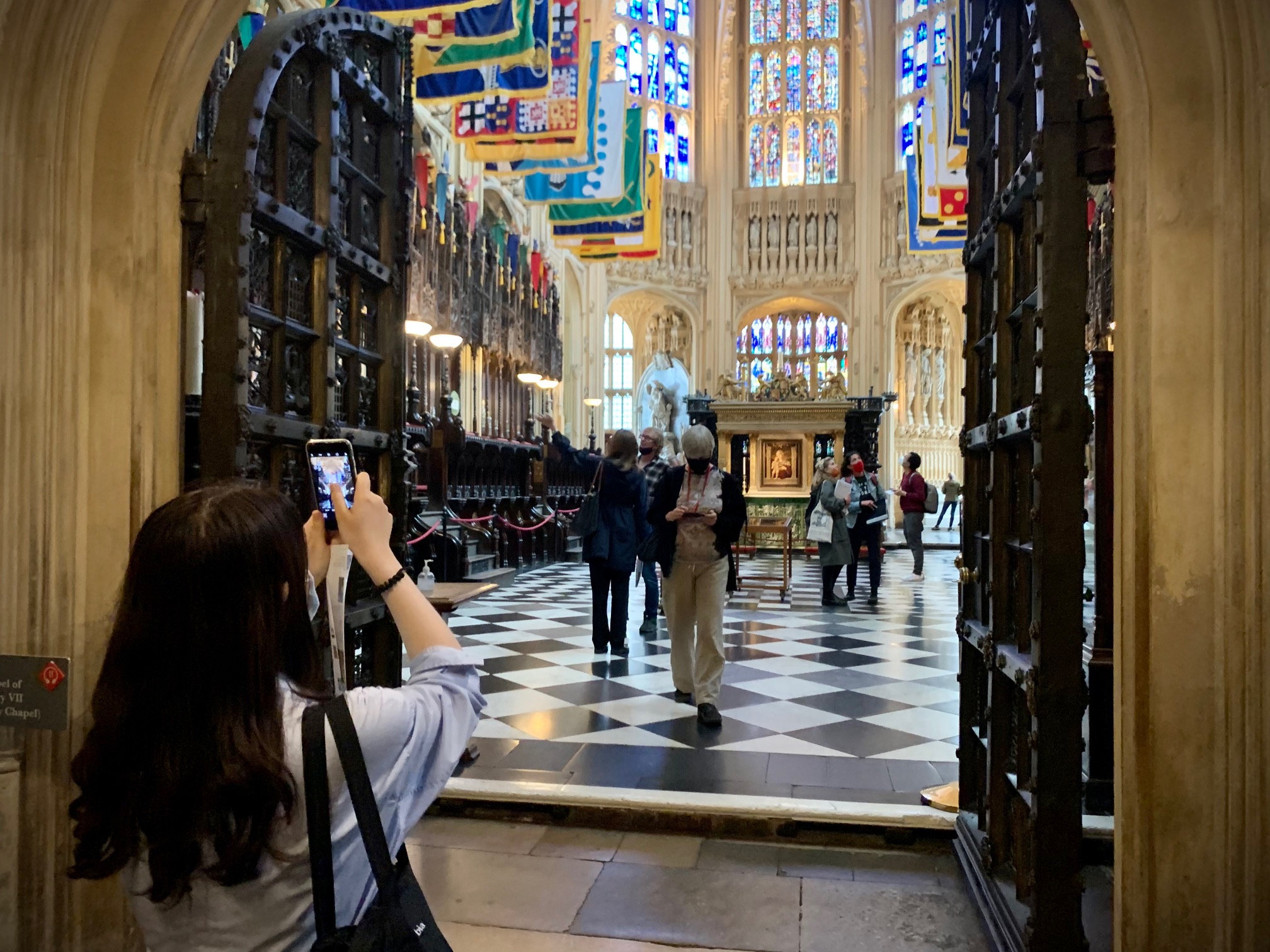 Visitors can now take pictures in the Abbey @Meetmrlondoner

The new Dean, The Very Reverend Dr David Hoyle, took over in late 2019 just months before lockdown. Dr Hoyle and his team are keen to see visitors return and to keep them safe while they’re here. He wants to improve the customer experience too. One significant change is permitting photography for the first time. There are still rules about what can be photographed (and indeed when) but generally there are some wonderful opportunities for the keen snapper.

The Battle of Britain remembered

The RAF Chapel is at the very eastern end of the Abbey, within Henry VII’s breathtaking Lady Chapel. It contains the Roll of Honour to ‘The Few’ – the 1,497 pilots, from across the globe, who died between July and October 1940 in the world’s first air battle. The chapel remembers the founder of the jet engine, Air Marshall Frank Whittle, with an elegant stone tablet. Whittle, who became an atheist in later life, died in Maryland, USA His remains were sent back to the UK, to a church in Lincolnshire. 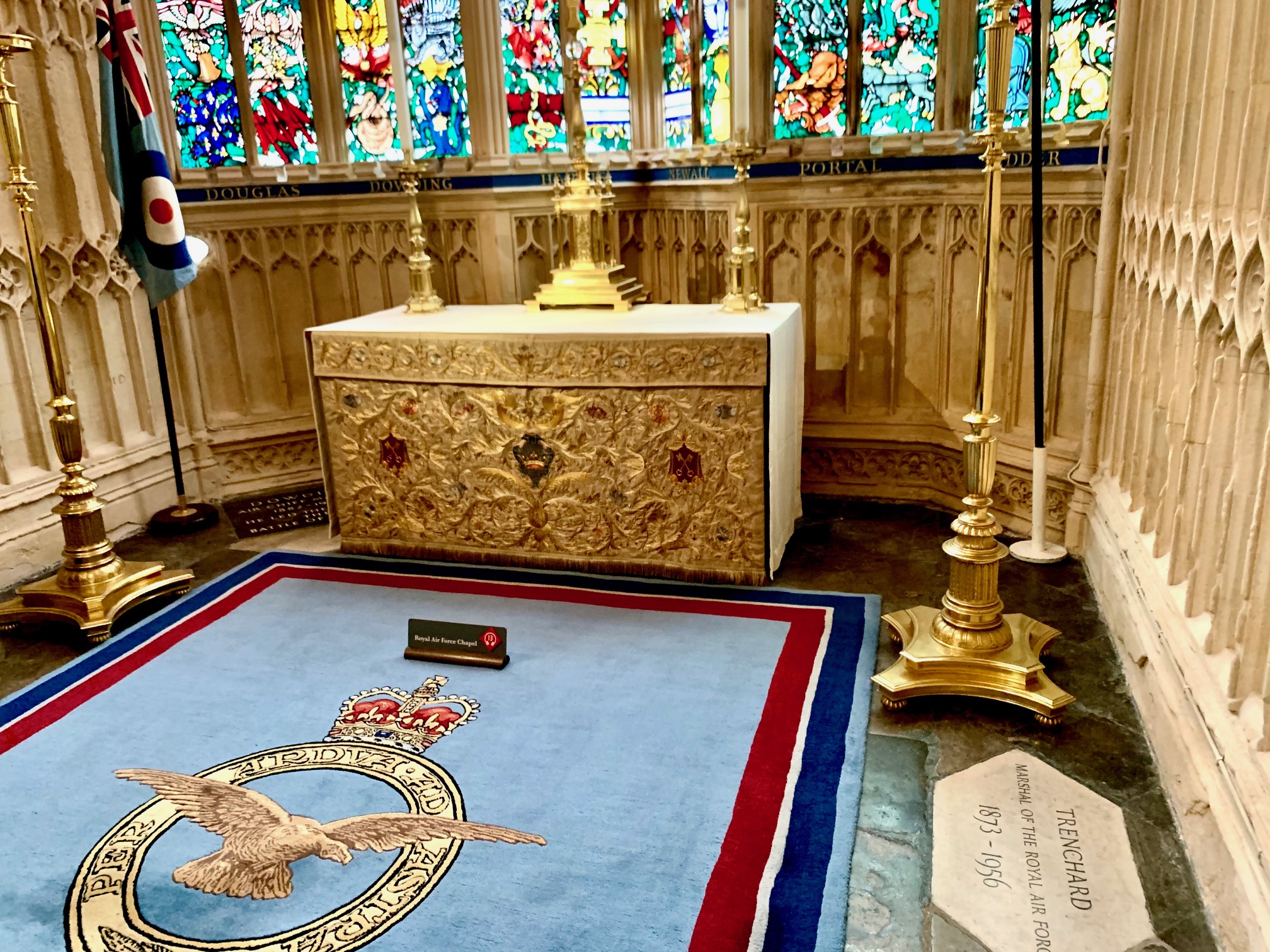 The ashes of Battle of Britain commander, Air Chief Marshall Sir Hugh Dowding, are however buried here under the Battle of Britain window, near ‘Father of the Royal Airforce’ Hugh Trenchard. The original Tudor stained glass at the building’s eastern end was destroyed by enemy action on 10 May 1941. Its stunning replacement represents fallen airmen, depicted in flying boots and life jackets, together with the badges of their fighter squadrons. The new glass was designed by another Hugh – Hugh Easton – who had served as a Commander in the Royal Navy during the war. The window was unveiled by King George VI in 1947. 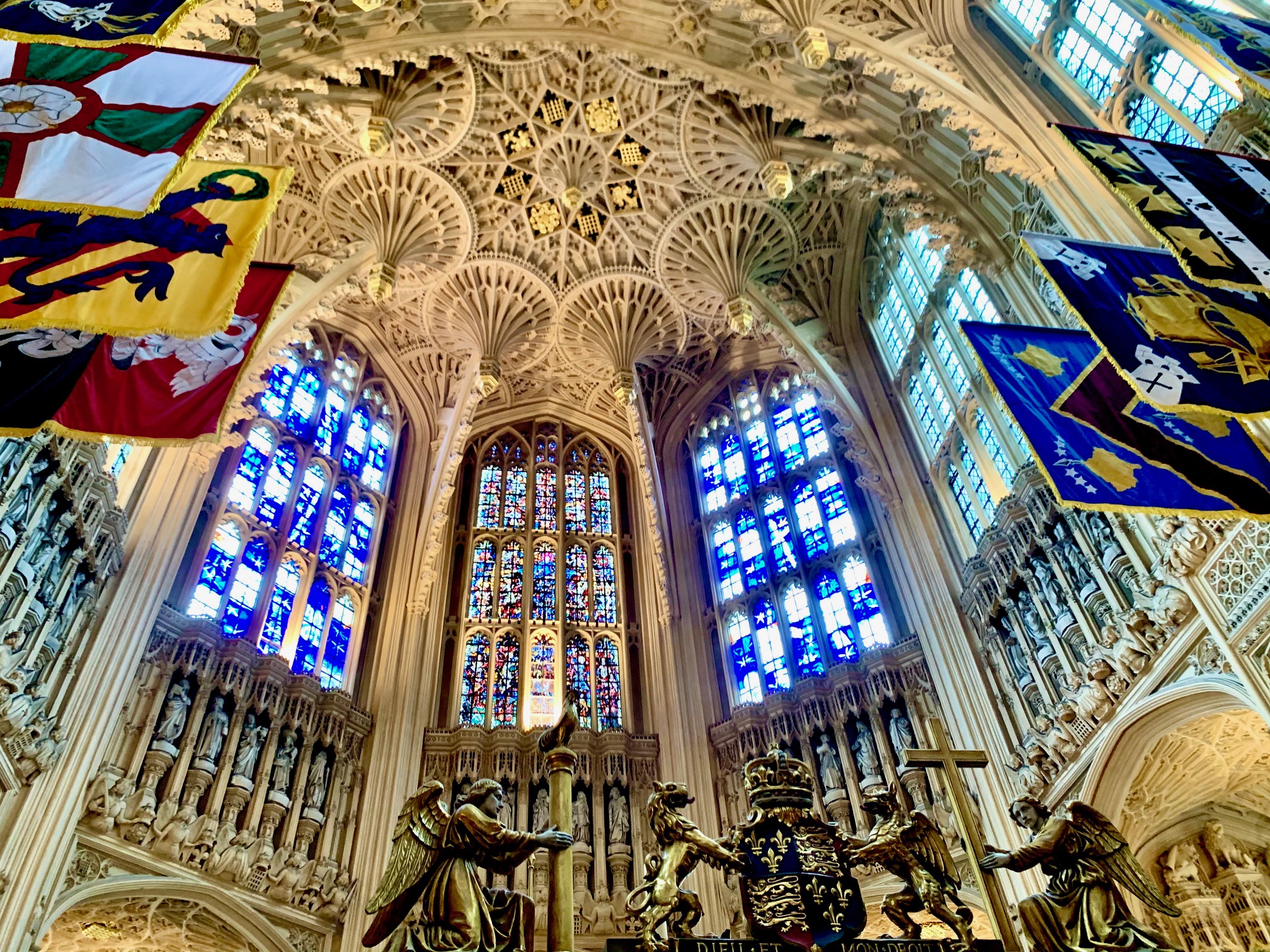 A curious reminder of the bombing of the Abbey is a small hole made by a girder from the explosion that destroyed the Chamber of the House of Commons, just over the road. Perhaps even more curious, is the story of the chapel’s plaque showing the original (and brief) burial place of Parliamentarian and Lord Protector Oliver Cromwell. 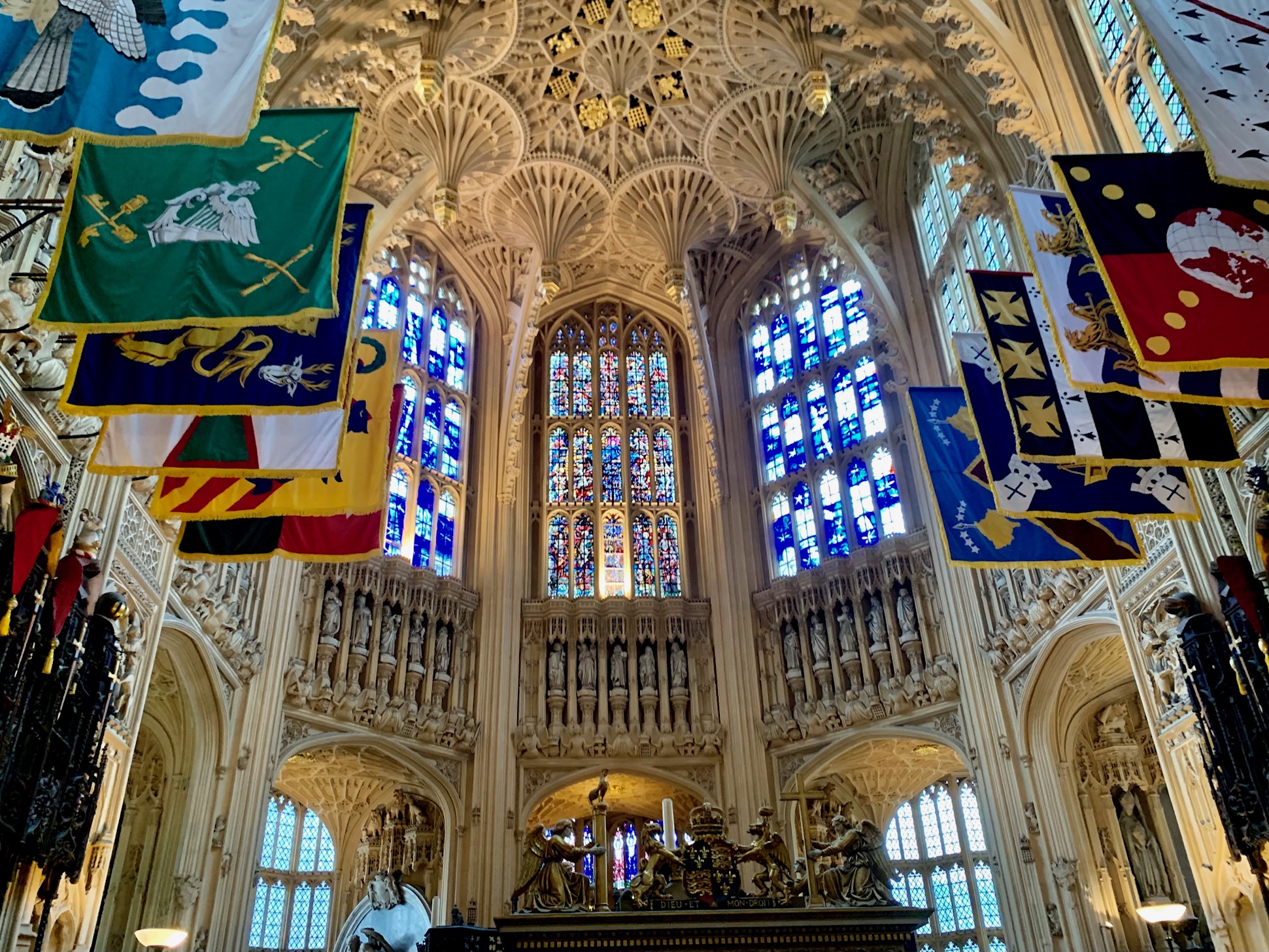 On the orders of Charles II, Cromwell’s embalmed corpse and those of his fellow ‘Regicides’ – his right-hand-man, General Henry Ireton, and President of the High Court of Justice, Judge John Bradshaw – were dragged from the Abbey to Tyburn in 1661. They were ritually hanged and then de-capitated, just over two years after Cromwell’s death from septicemia. The desecration of their bodies marked the 12th anniversary of the execution – by Cromwell – of Charles I, the King’s father. The Parliamentarian’s severed head was then set on the nearby Westminster Hall, until a storm blew it down in 1685.  The bodies of Cromwell’s wife and mother were also removed. They were re-interred in St Margaret’s Church, next door. The grave of Cromwell’s favourite daughter, Elizabeth Claypole, was however left undisturbed in the Abbey. 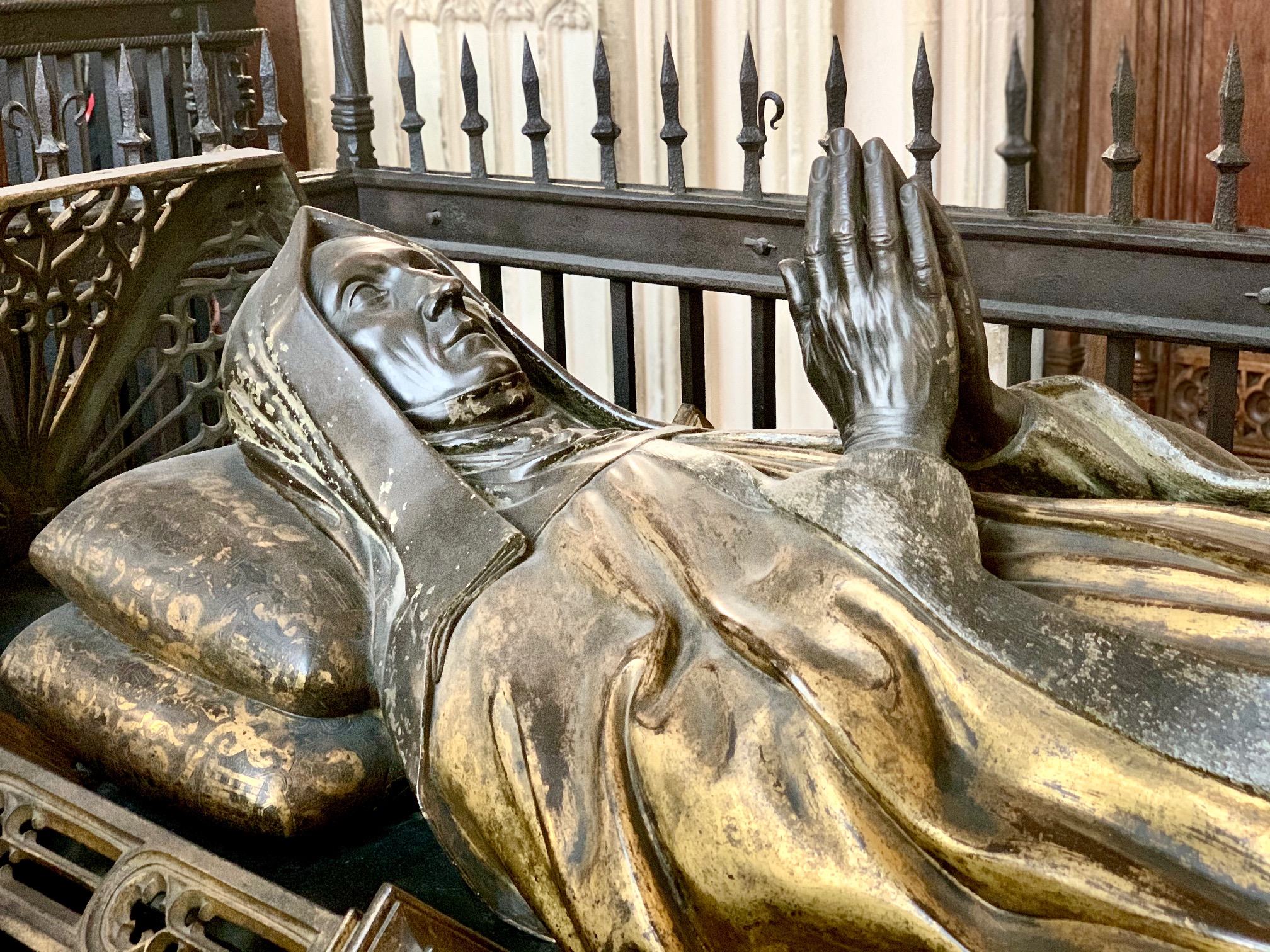 Elizabeth’s burial place is just north of Henry VII’s magnificent 1509 tomb, itself the work of Florentine artist, Pietro Torrigiano. Originally intended as the final resting place of the pious and reclusive Henry VI, who was murdered in the Tower of London. It became Henry VII’s mausoleum instead. It seems Henry VII had something of a crisis of conscience. He sought to make peace with God by endowing this magnificent chapel dedicated to the Virgin Mary. Henry also ensured that Catholic Masses were celebrated and alms given to the poor after his death, to speed his own journey into Heaven.

Few visitors to the Abbey visit the Church of St Margaret’s next door. This is a pity. With the Abbey and the Palace of Westminster, it comprises one of London’s four UNESCO  world heritage sites. St Margaret’s is known as the parish church of the House of Commons. It’s where Sir Winston Churchill married his wife Clementine Hosier in1908. 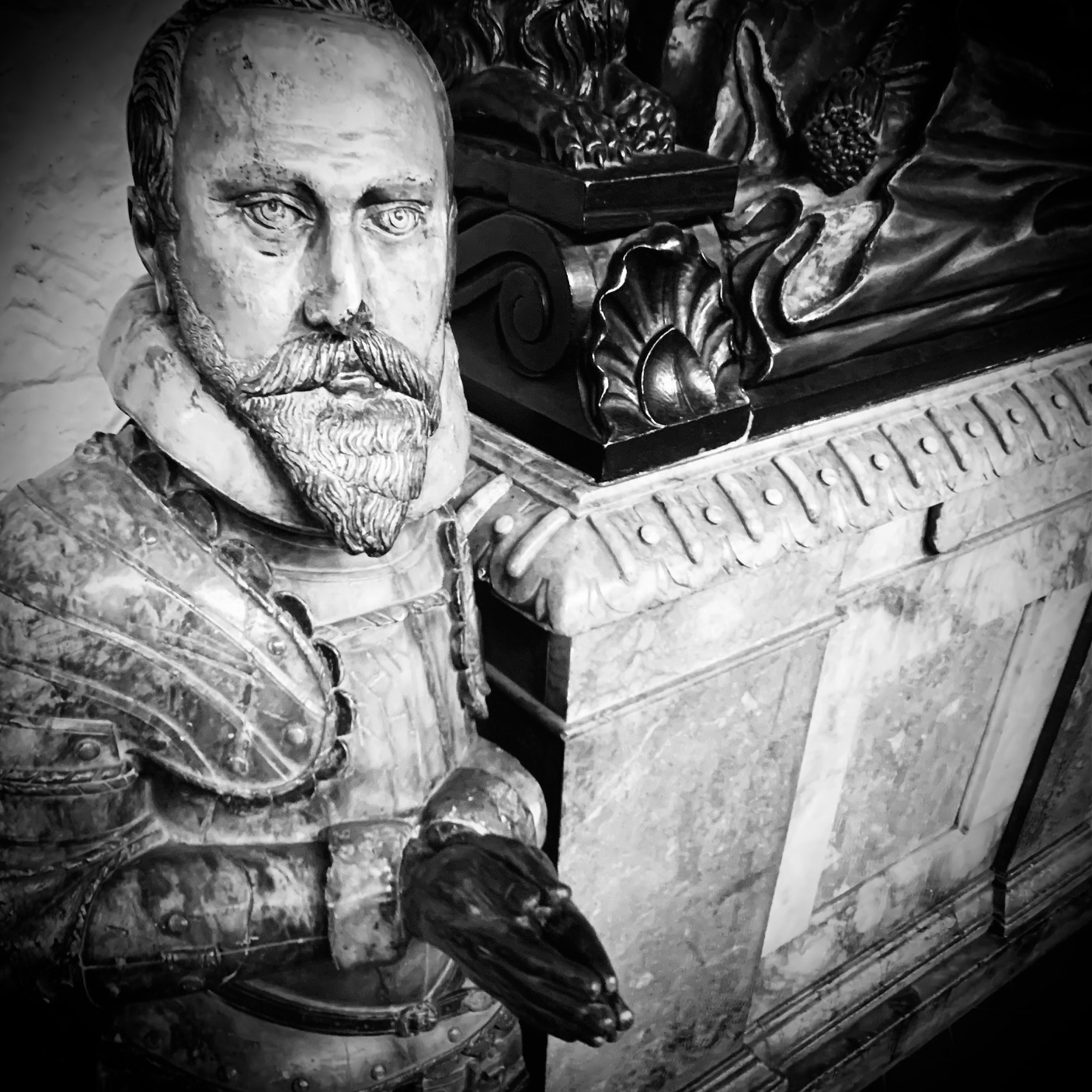 The funeral of controversial Liberal Leader Jeremy Thorpe was held at St Margaret’s in 2014.  The church is also the final resting place of printing press inventor William Caxton and the Elizabethan explorer and spy, Sir Walter Raleigh. Raleigh, a giant of the Elizabethan era, was beheaded at nearby Old Palace Yard, in 1618 on the orders of King James I. St Margaret’s is also home to a contemporary but modest wall-mounted monument to Ignatius Sancho, the 19th-century abolitionist, writer and composer. Born in 1729, on a British slave ship in the mid-Atlantic, Sancho arrived in England and became a free man. He is thought to be the first black Briton to have voted in a general election. 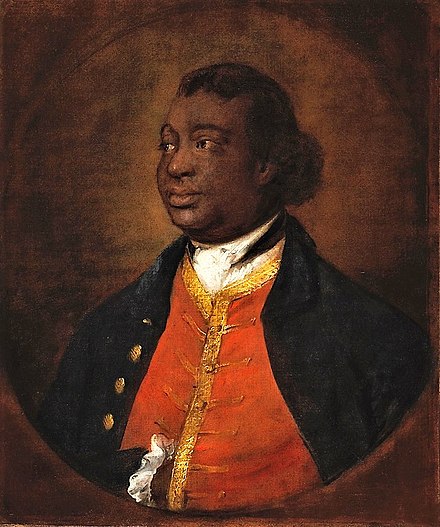