Combining these two events produces the world’s largest annual, multi-arts festival, attracting visitors from all over the world – the Fringe sold 3 million tickets in 2019 – and performers from over 60 countries. The population of the city feels like it has doubled during August…..great fun! 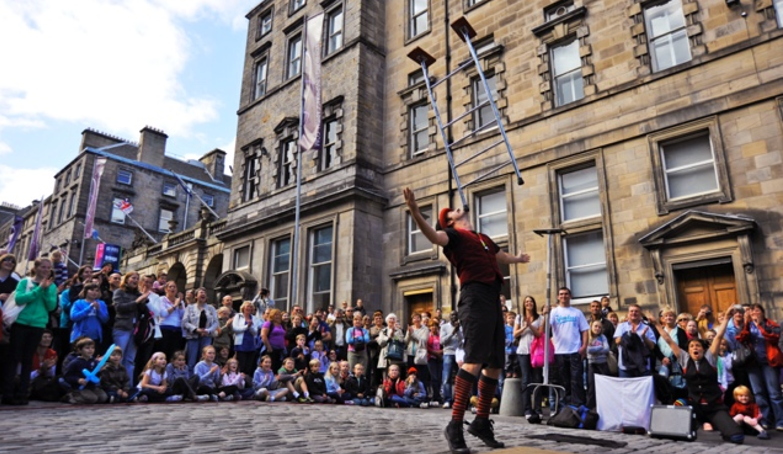 Sadly, if inevitably, the 2020 festivals had to be cancelled but they are up and running again in August 2021, albeit with restrictions in place during the ongoing pandemic. The International Festival has events in “covered outdoor auditoria with a few carefully planned indoor events” together with an online programme for “discovering artists from this year’s festival ‘At Home’ for free”.

And thanks to some relaxation of Covid precautions in Scotland, the Fringe is able to offer tickets for 670 shows at various ‘safe’ venues across the city, alongside its online platforms. Many shows (between 6 and 29 August) are being put on at the specially created MultiStory hub below Edinburgh Castle which features an open-air performance stage, street food stalls and bars. 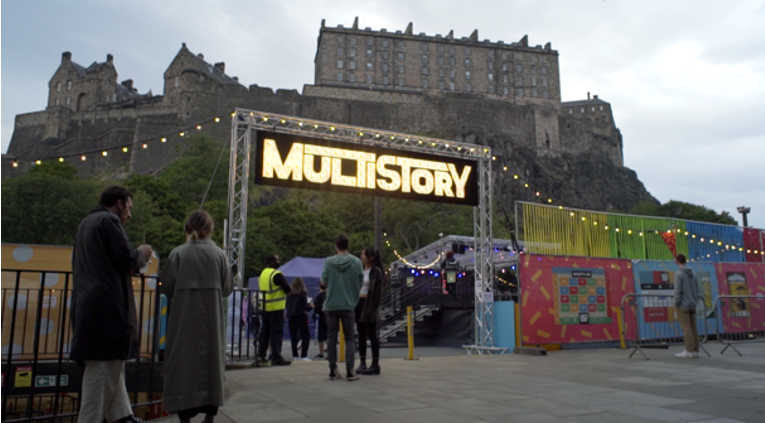 A major festival event missing for the last two years, returning in 2022, is the ‘Tattoo’. Officially the Royal Edinburgh Military Tattoo, this unusually named event of military spectacle – marching bands and performers from around the world – normally attracts an audience of 8,000 every evening through August to the beautifully lit, charismatic esplanade below Edinburgh Castle. 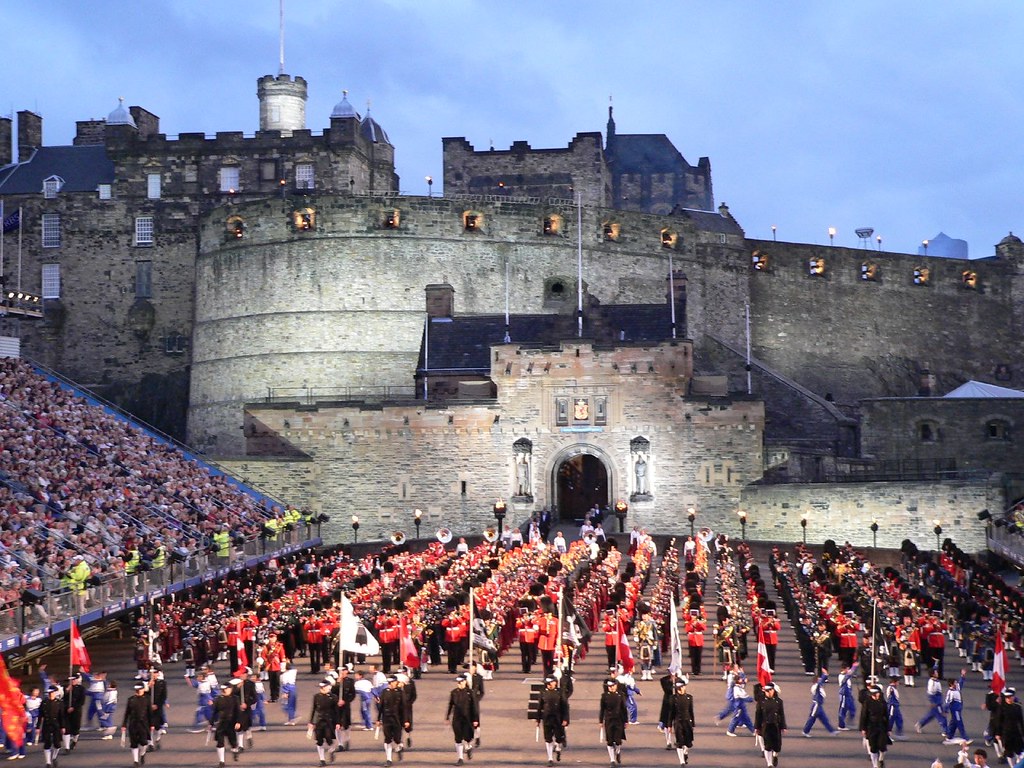 Tattoo show and Edinburgh Castle. Image by by Robert1407, licensed under CC BY 2.0

Festivals of the arts are exciting for both ‘locals’ and tourists in modern cities and their growing popularity has only been temporarily postponed by the pandemic. In Scotland, Edinburgh’s great rival city, Glasgow, has been taking the festival route to encouraging both arts and tourism with events spread out through the year – avoiding August! – like Celtic Connections (traditional music), the Jazz Festival, Glasgay!, the World Pipe Band Championships and the West End Festival in June (sadly, cancelled for 2021). 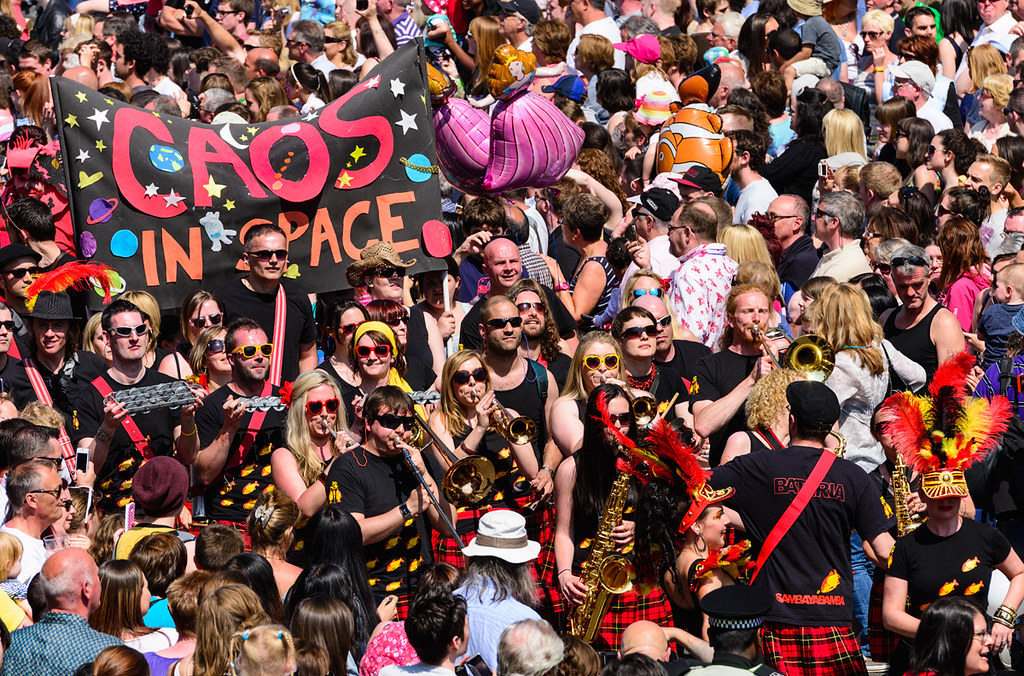 Outside the big cities, Scotland’s countryside is equally famous for annual events and shows. Over 60 Highland Games events are usually held throughout the summer each year, so the organisers are hoping for an end to the pandemic for 2022 as well as praying for good summer weather! 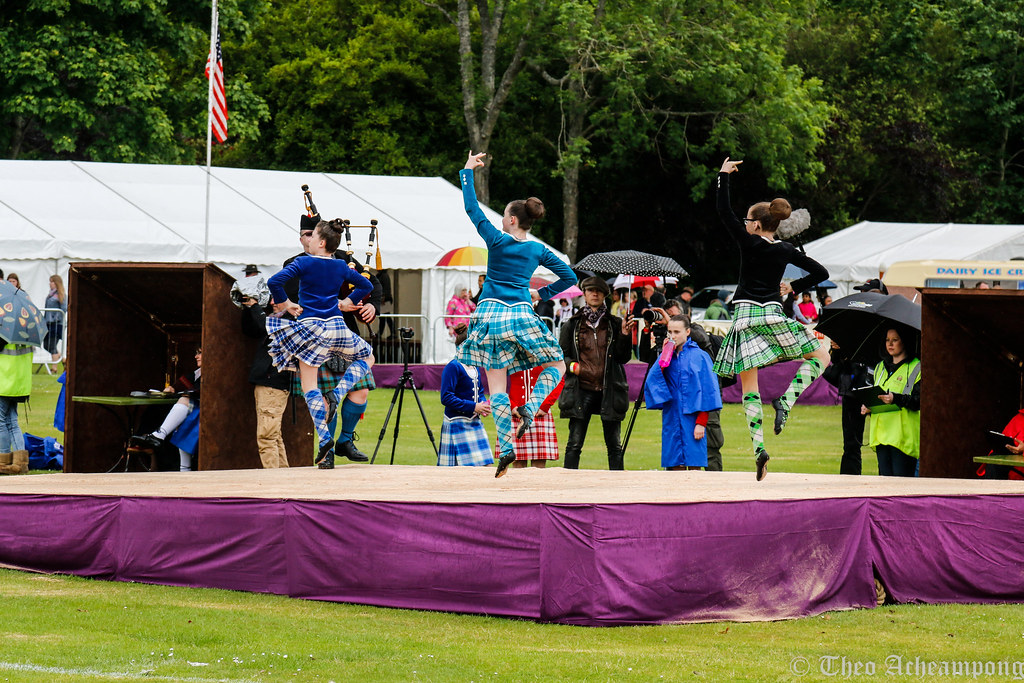 Traditional dancing at an annual Highland Games. Image by mytheoz, licensed under CC BY 2.0

And it’s not just in summer! Scotland is also famous for winter events for visitors to enjoy. Edinburgh and other cities come alive to celebrate the New Year (‘Hogmanay’) and there’s winter cheer – with a taste of haggis and a warming dram of Scotch whisky – every 25th January, to celebrate the life of national poet, Rabbie Burns. 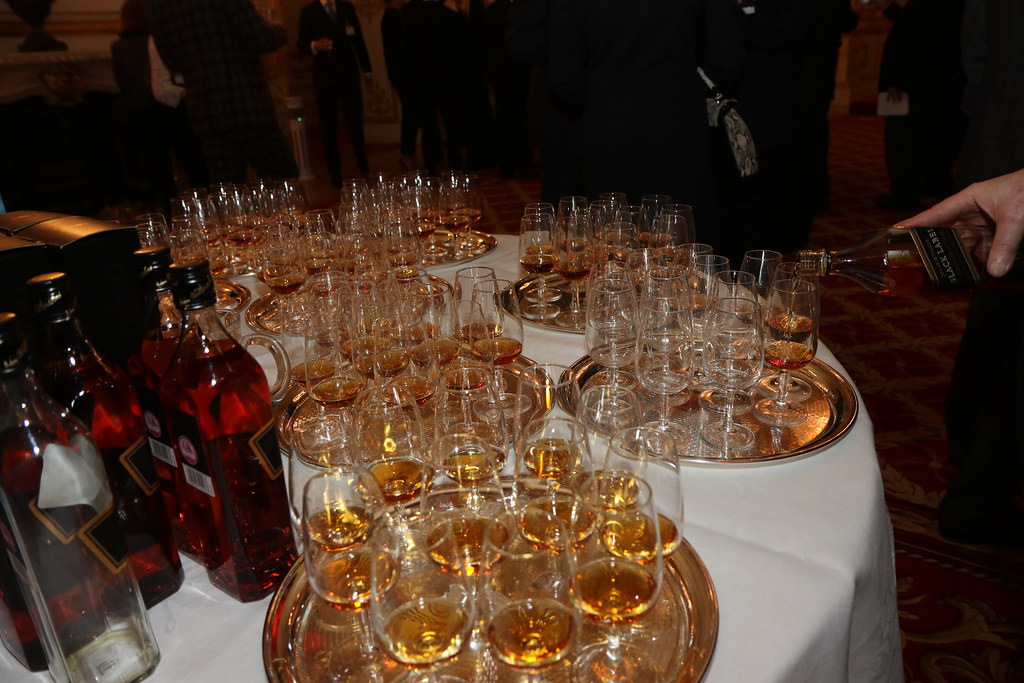 Lining up the drams of whisky on Burns Night. Image by Foreign and Commonwealth Office, licensed under CC BY 2.0 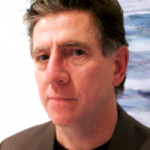 David Tucker is qualified to guide the whole of Scotland as a Scottish Tourist Guides Association ‘Blue Badge’ and has guided extensively in Edinburgh and Glasgow over many years. Also contributing to this blog was David’s daughter, Emily, a professional organiser with Gilded Balloon, a major Fringe company.