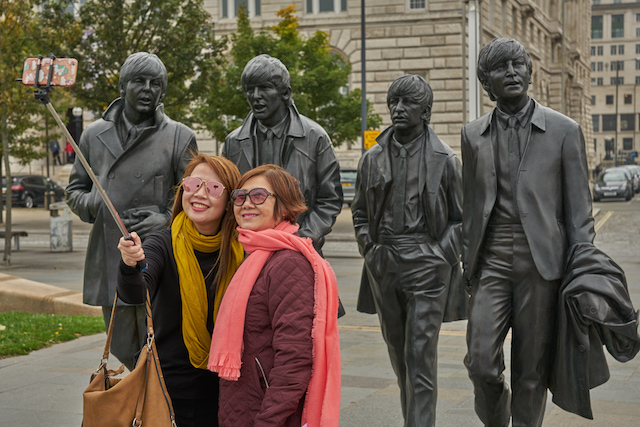 The Beatles dominated music in the 1960s so it is little surprise that 50 years on, fans around the world and the city where it all began – Liverpool – has plenty to celebrate in 2018.

2018 will mark the 50th anniversary of the year that The Beatles;

Beatles fan and Blue Badge guide, Paul Beesley has been guiding Beatles fans around the city for decades and was one of the original Beatles Guides recruited in 1982 as more and more fans started to make the pilgrimage to the birthplace of the Fab Four, including their homes, schools and colleges.

“There is a great story to tell” says Paul “a story of how four young guys from Liverpool changed the face of music, and changed it forever.”

So what are the top 3 things you can expect to see from a guided Beatles tour in Liverpool from Paul?

1) Penny Lane
As part of the tour you’ll be taken to Penny Lane – a real location with a bank, barber shop and a ‘shelter in the middle of the roundabout’ – just like in the lyrics of the song. Discover why it was a key location in the lives of John, Paul and George. And some extras such as where Paul was a choirboy. 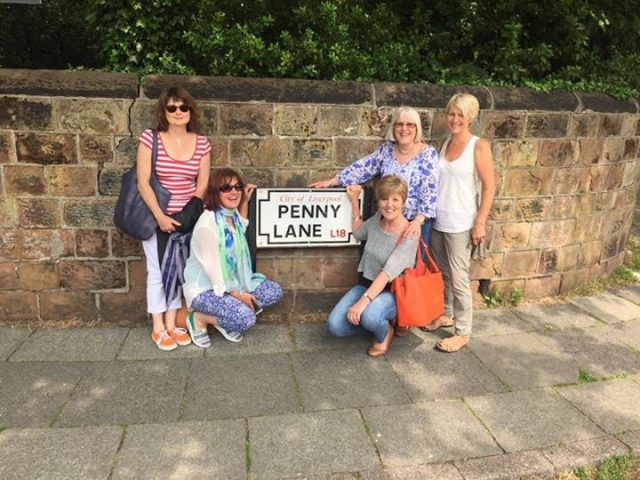 2) Strawberry Fields
‘Let me take you down ‘cos I’m going to….” Yes, Strawberry Field is on the tour too. Did you know that it is still owned today by the Salvation Army and they have exciting plans for the place known well to John as a young boy?

3) St. Peter’s Church
Is St. Peter’s Church in the Woolton district of Liverpool arguably the most important place in rock and roll history? It was here that John and Paul met for the first time on Saturday 6th July 1957. On the guided tour, you will hear the story of the meeting, a day that changed music forever.