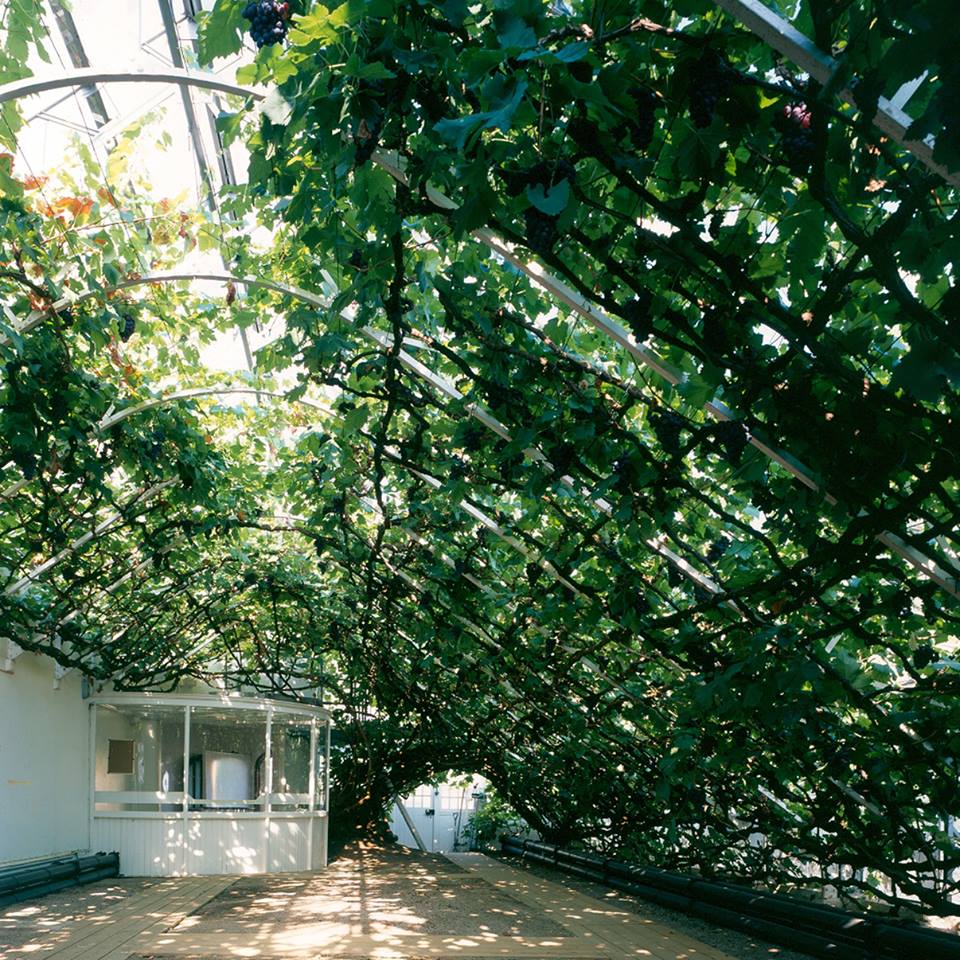 Grapes from the Great Vine at Hampton Court Palace are now on sale in the Garden Shop and the Barrack Block shop at the palace, and should be available for the next three weeks.

The Great Vine is the largest and, at over 240 years old, the oldest known grapevine in the world. Lancelot ‘Capability’ Brown directed its planting in 1768 from a cutting taken at Valentines Mansion, in Essex. It is now 4 metres (13’) around the base and the longest rod is 36.5 metres (120’) and is in a purpose-built glasshouse that was erected in 1969: the fifth or sixth glasshouse on the site throughout its history. The current building had to be built over the top of the old wooden one (which dated from the early 1900s) because the Vine had become so entwined in the structure that it was impossible to take it down. The dormant vine was protected by polythene sheeting and the old glass and its supporting wooden frame was removed, leaving the iron framework of the 1900’s structure and the Vine in place.

A visit to Hampton Court Palace makes a perfect half- or full-day visit from London, and Blue Badge Tourist Guides will show you much more about this historic royal palace, its history and its associations with kings and queens since Henry VIII. You can find a guide here.