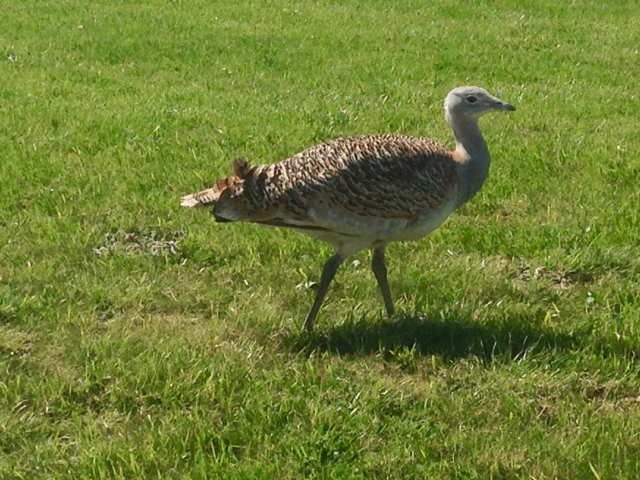 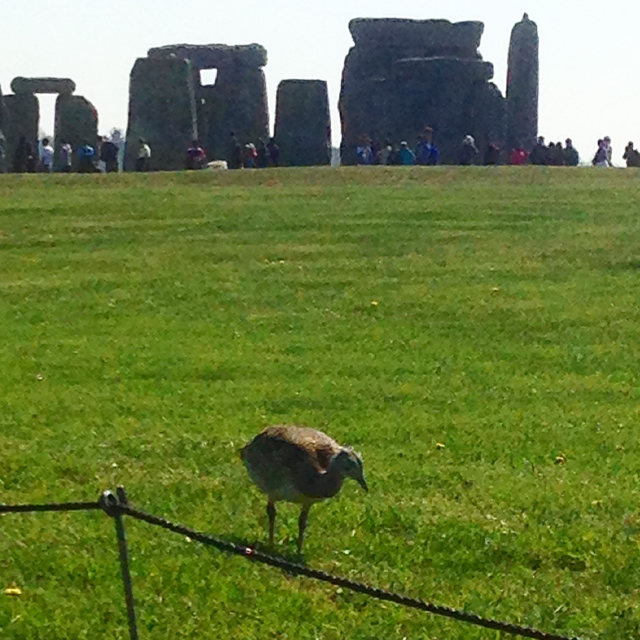 The Great Bustard (latin name Otis tarda) is a large bird that is on the ‘Red List’ of endangered species of the International Union for the Conservation of Nature, with European populations being in long term decline.

It has been extinct in Great Britain since the last bird was shot in 1832, but over the last decade or so attempts have been made to reintroduce it into the UK, with young birds being reared and released onto Salisbury Plain in Wiltshire.

Numbers of birds are still very small, so Blue Badge Guide Don Brown and his tour party were very fortunate to see this young female on their recent trip to Stonehenge. “I realised that some of the group were interested in birds when they commented on the skylarks singing and a kestrel hovering nearby, so it was great to point out the great bustard to them – they took lots of photos!”