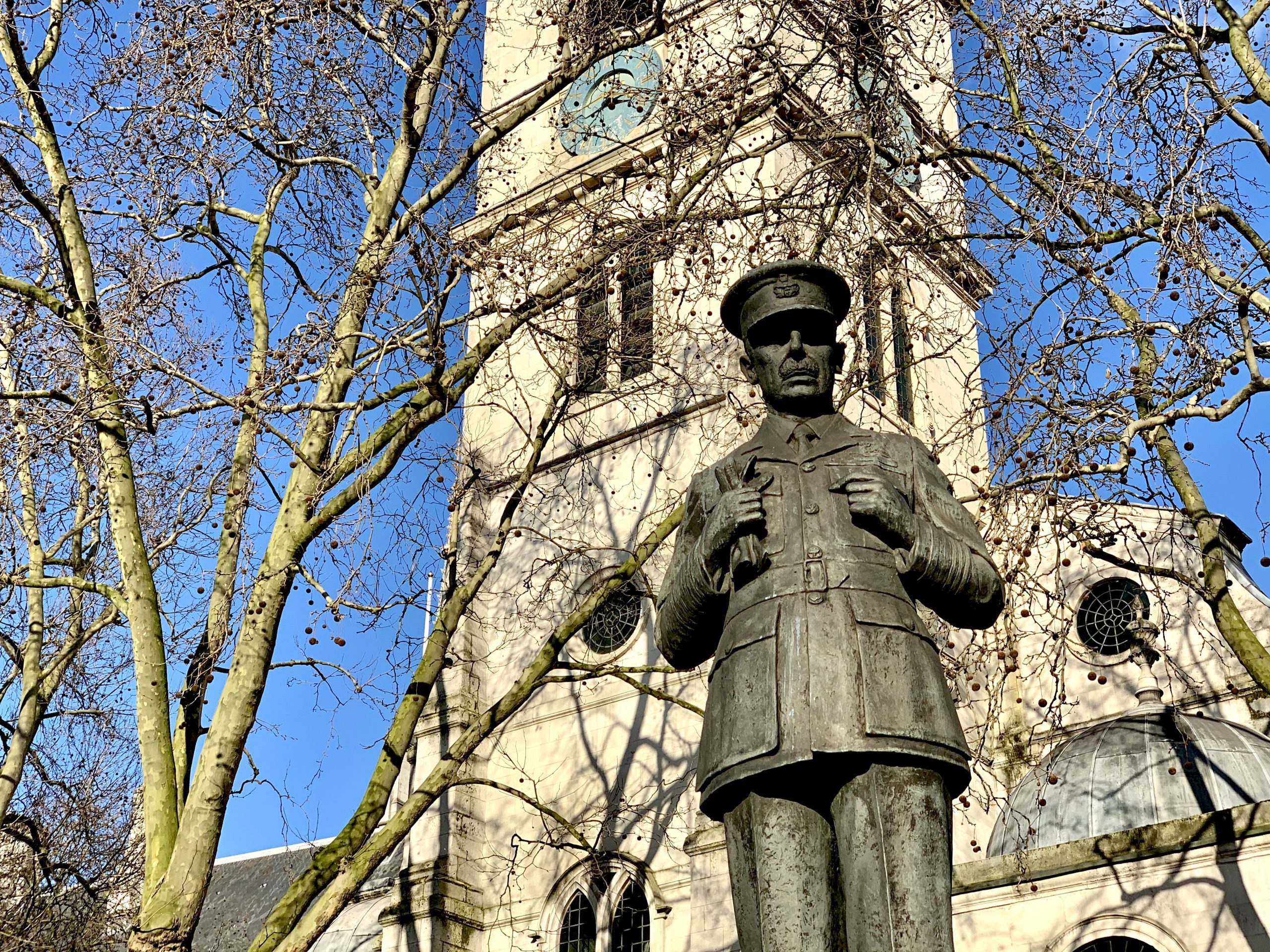 As our nation faces up to the global challenge of COVID 19, this summer marks the 80th anniversary of the Battle of Britain, which threatened the UK’s survival in the 1940s. Despite the current lock-down facing the city, Mr Londoner, aka Blue Badge Guide Antony Robbins, picks out reminders of the battle of the skies, fought over London and South East England, in the summer of 1940. 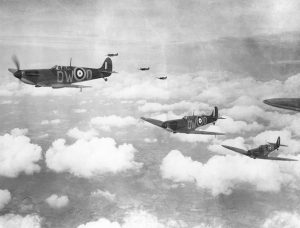 The period (commemorated between 10 July and 31 October 1940) overlaps with large-scale night attacks over the city known as the Blitz. That lasted from 7 September 1940 to 11 May 1941. It transformed the face of London forever. 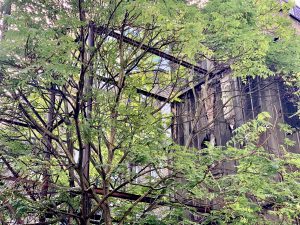 A wartime bombsite near Euston Station. The blitzed building, held up by an internal structure, has been reclaimed by nature

Operation Sea Lion
The Battle of Britain was the first phase of Operation Sea Lion, Hitler’s plan to invade Britain. First, however, he had to destroy the RAF. Hitler’s failure to end Britain’s air supremacy was a turning point in the war. It inspired Churchill’s famous Finest Hour speech, with those immortal words:

‘Never was so much owed to so few by so many.’

Henceforth, Battle of Britain pilots were known as ‘The Few’ – mirroring Shakespeare’s words in Henry V:

“We few, we happy few, we band of brothers”. 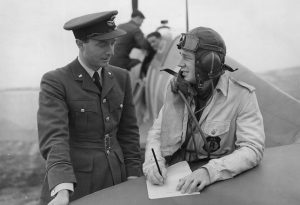 Airmen from Britain and the Commonwealth were joined by pilots from across the globe. They included men from Poland, Czechoslovakia, Hungary, Ireland, Belgium and France. Almost 3,000 allied flyers fought in the conflict and 544 lost their lives in the battle. A further 795 did not survive the war. Their sacrifice is commemorated in the Battle of Britain window by stained glass artist Hugh Easton at Westminster Abbey. London’s Battle of Britain Memorial, by sculptor Paul Day, was unveiled on the Victoria Embankment in 2005. The dramatic work captures ‘the scramble’ depicting pilots rushing to their aircraft to engage the invader. 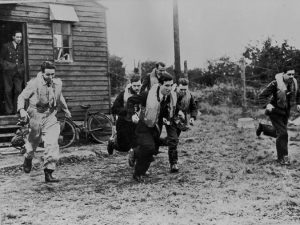 American Eagles
Seven US pilots fought in the Battle of Britain. Pilot Officer Billy Fiske died in the battle. The Olympic bob-sleigh champion from Chicago was one of the first Americans to die in WW2, following a dogfight in his RAF Hurricane. Winston Churchill insisted that Fiske was commemorated in St Paul’s Cathedral. His RAF uniform insignia remains there to this day. As more Americans joined the RAF, they formed their own ‘Eagle’ Squadrons. When the US entered the war in 1941, Eagle Squadron pilots swapped their RAF sky blue serge uniforms for the khaki gabardine of the United States Army Airforce. 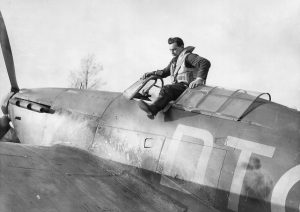 Sixties icon
James Bond director Guy Hamilton made the 1969 film Battle of Britain. It featured many great actors of the day, including Sir Laurence Olivier. Also starring was London’s favourite Londoner, Sir Michael Caine, a sixties icon who’s still making movies in his mid-eighties. During the filming, Hamilton recreated the London Blitz by setting light to the warehouses of the then redundant St Katherine’s Docks. Amazingly, some of these riverfront buildings survive today – as luxury warehouse apartments. 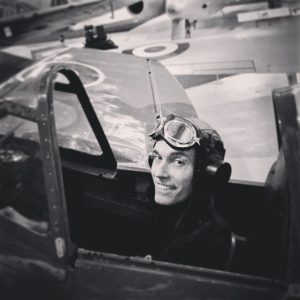 Fighter Four
Colindale, in north London, is home to the RAF Museum. Housed on a former wartime RAF base is the most complete set of Battle of Britain aircraft in the world, including the so-called ‘fighter four’ – the Spitfire, Hurricane, Messerschmitt 109 and Fiat CR42. 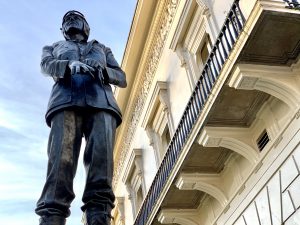 Defenders of London
The statues of some of those who led the war in the air are dotted around London. In St James’s, there’s a fine statue of Air Chief Marshall Sir Keith Park, a New Zealander known as the Defender of London. 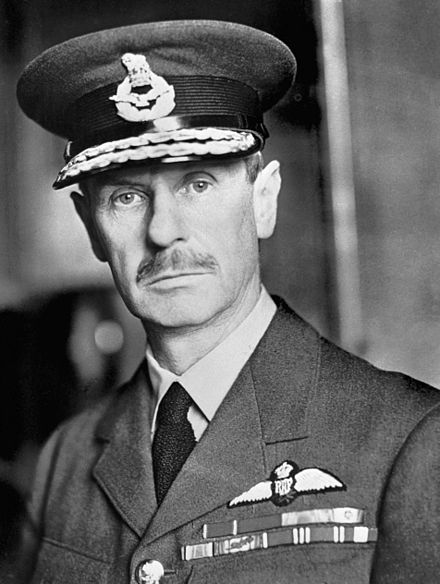 Stuffy Dowding
Outside the Church of St Clement Danes is the statue of Hugh ‘Stuffy’ Dowding. Lord Dowding was a principled man not known for his sense of humour. He was, however, a dogged tactician and an early proponent of radar. 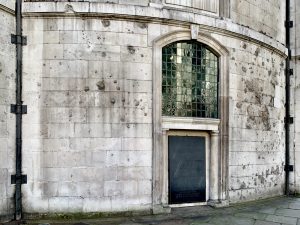 The bomb blasted walls of St Clement Danes, the RAF Church, built in 1682

Built by Sir Christopher Wren, the church itself is now dedicated to the RAF. It was blitzed, leaving only its tower, crypt and four walls standing but was painstakingly re-built. Look hard enough however and you’ll find evidence of those dark days in blasted brickwork and masonry, left as a poignant reminder.