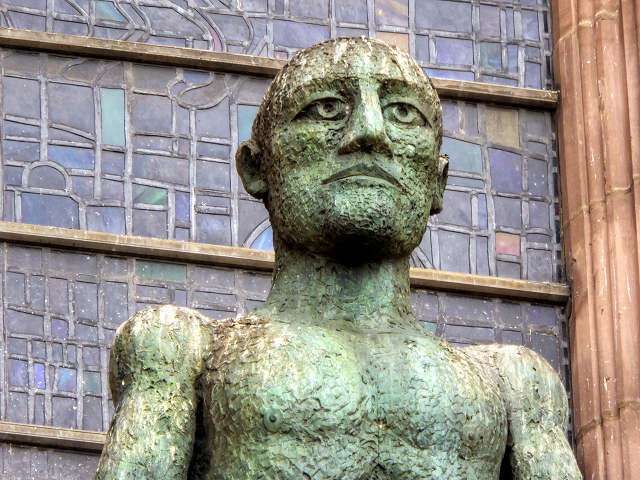 Five guides from around the UK tell us about their favourite buildings and why they are special to them.

Every member of the British Guild of Tourist Guides will have her or his own favourite – it’s that individual touch that makes using a guide something very special.

Liverpool Cathedral. It may be the largest cathedral in the UK, but it is also a wonderfully intimate space, which not only leaves the visitor standing in awe and amazement, but also gives them a sense of tranquillity. It is an incredibly welcoming building and, what is more, is free of charge to enter. I always feel a thrill when I approach the cathedral and am greeted by The Welcoming Christ – the final work of master sculptor Dame Elisabeth Frink, installed just before she died in 1993. Paul Beesley

A curious tower known as Perrott’s Folly, standing 96 feet over the leafy suburb of Edgbaston. It was built in 1758 by local landowner John Perrott – some say to keep watch over his wife – whom he suspected of having an ‘improper liaison’ with the gardener. The tower is one of a number of places in Birmingham associated with the author JRR Tolkien. The ‘Maker of Middle Earth’ lived almost opposite for a time and the view of the Folly, along with the chimney of Edgbaston Waterworks behind, is said to have been the inspiration for The Two Towers in the Lord of the Rings trilogy. I’ve always held the Folly in special affection, because I was born about 300 yards from it and my mother-in-law now lives even closer. Ian Jelf

Manchester Town Hall. Designed by architect Alfred Waterhouse it has been described as ‘the greatest Gothic Revival public building anywhere in the world’. The building is a testimony to the city’s role as the powerhouse of the Industrial Revolution and the business of cotton, but its opening in 1877 was marred in controversy when Queen Victoria refused to attend. There are a myriad of stories to tell here, from the Anti-Corn Law League and the Lancashire Cotton Famine Committee to the world’s first nuclear-free city. Take a tour and afterwards relax in the Sculpture Hall cafe surrounded by the great and the good of the Victorian era. Sue Grimditch

Oxford Castle. It’s special for me because it is the starting point for my Oxford Jewish Heritage Tour. Lofty and imposing, it was a royal castle and the Jews were wards of the king. They came here seeking refuge and to record business transactions in the archa document chest. It is best known as the place from where Empress Matilda – camouflaged in a white cloak – escaped a siege in the winter of 1142. From the 18th century until 1996 it served as a dank, foreboding city prison. Victoria Bentata

All Saints’ Church at Tudeley, with the sun shining through the stained glass windows. Tucked away off a country lane outside Tunbridge Wells, this is the only church in the world to have all its twelve windows decorated by the great Russian artist Marc Chagall. He created them in memory of Sarah d’Avigdor-Goldsmid, the daughter of a local family who drowned in a sailing accident aged just 21. A tiny but beautiful church, even on the dullest day – if you visit when a ray of sunlight catches the windows it is a truly breathtaking and unforgettable experience. Amanda Hutchinson