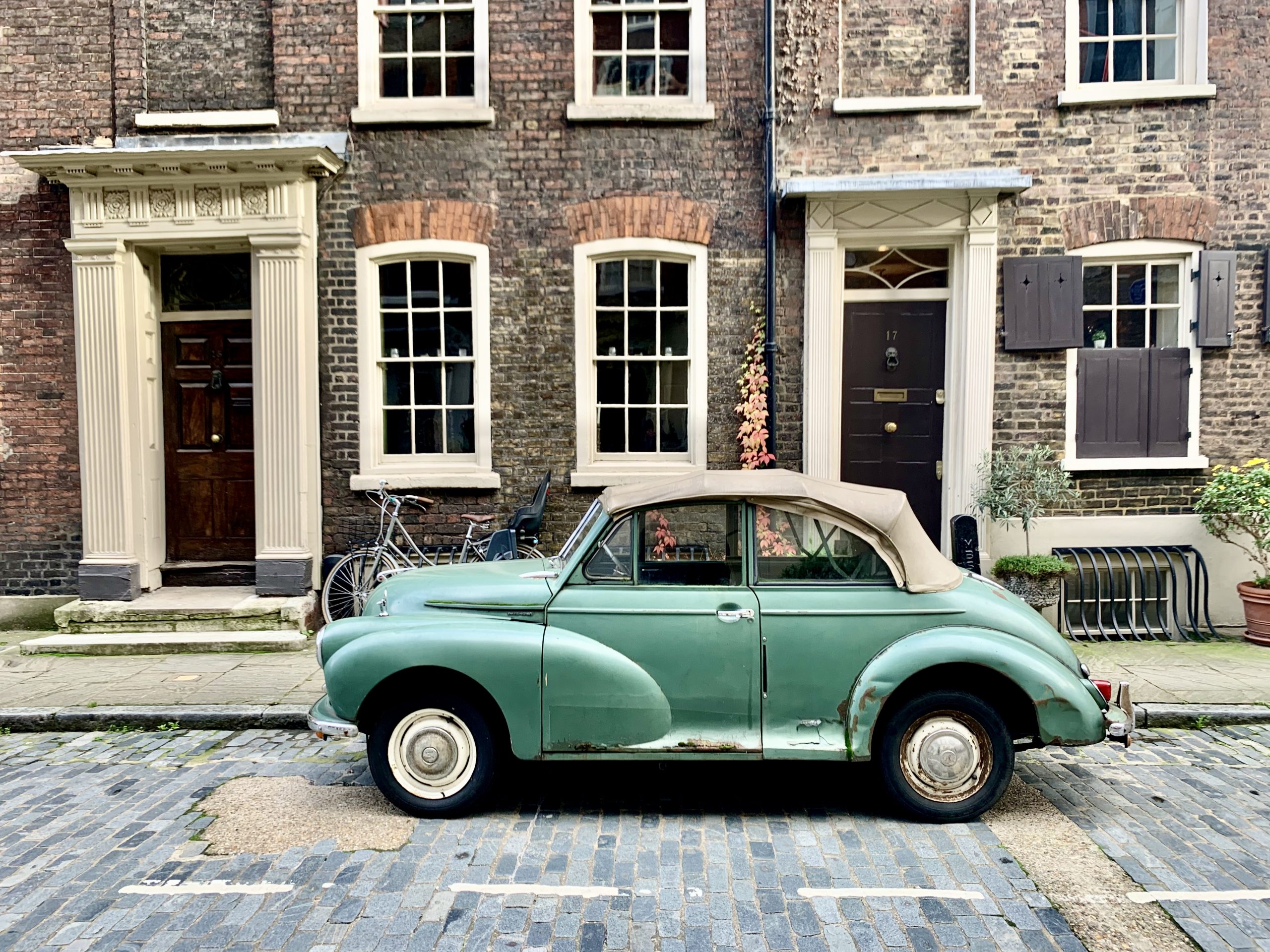 The somewhat unusual name of Spitalfields derives from the medieval priory and hospital of St Mary Spital. This has long been an important site. The Romans buried their dead here, outside the city walls. Over the centuries, the neighbourhood became a centre for religious non-conformism and the home of ‘outsiders’. Wealthy merchants, many of them French Huguenot Protestants, exiled from their own country in the 1680s by King Louis XIV, built fine homes here. 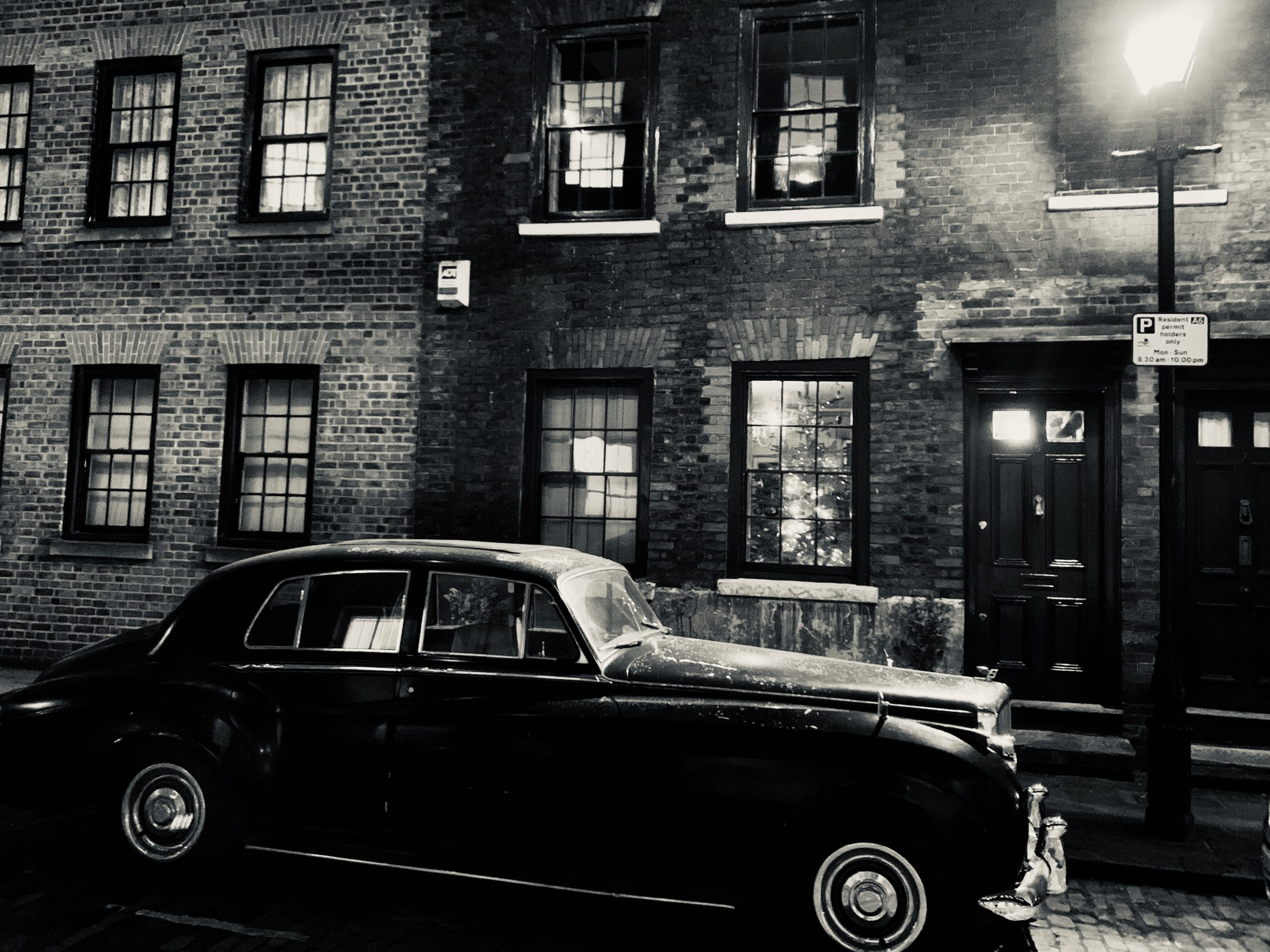 The ancient streets of Spitalfields are full of history and atmosphere. Image by @Meetmrlondoner

Beautiful examples of this rare architecture survive to this day. They exist, ironically, because this former working-class district was overlooked by post-war planners and property developers who focussed their attentions on London’s posher neighbourhoods to the west, sometimes with disastrous consequences. The historian Dan Cruikshank is a local: he’s a fierce champion of the area’s history and special character. Good thing too. The once-forgotten and distinctly unfashionable Spitalfields is today under constant pressure from development given the area’s popularity and proximity to the City of London. 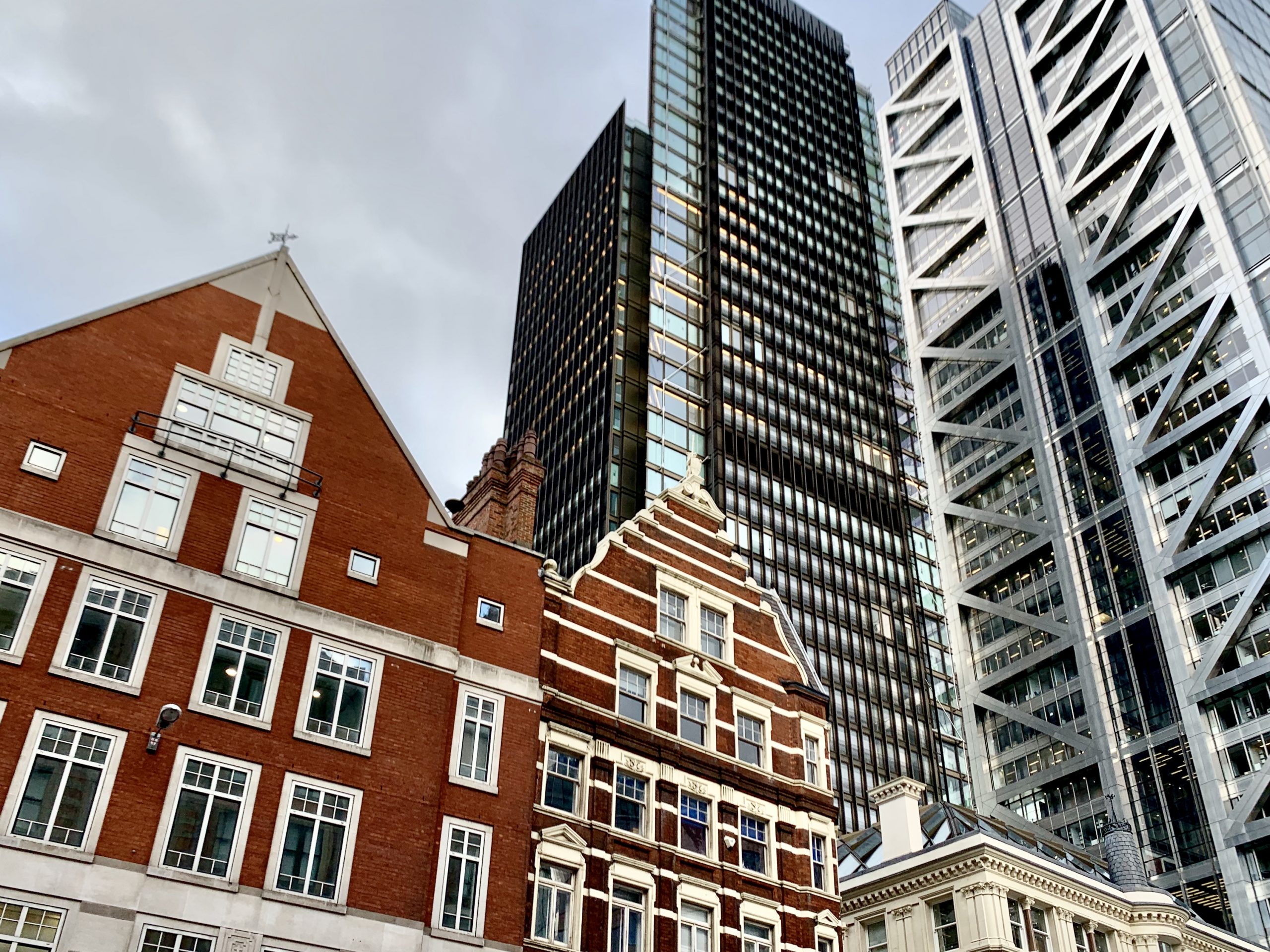 Spitalfields borders on the glass and steel architecture of the City of London. Image by @Meetmrlondoner

This is the heart of Cockney London. The origins of the actual word Cockney are still hotly debated. True Cockneys, renowned for their robust good humour, are said to be people born within the sounds of the Bow Bells – the church bells of St Mary Le Bow in Cheapside – about a mile away in the City of London. Traditionally, many Londoners still consider themselves Cockney, despite being born well out of earshot of those famous chimes.

Artists like Gilbert & George also did much to put the neighbourhood on the map. They’ve called 8 Fournier Street home since 1968. Back then Spitalfields was far from fashionable and property could be had for a song. Near Spitalfields Market is a street called Tenter Ground. It takes its name from the days when animal skins were stretched, dried and cured on tenter hooks, hence our expression ‘to be on tenter hooks’ when we anxiously await news. The Former YBA (Young British Artist) Tracey Emin is currently selling her £12m home on Tenter Ground. It occupies an impressive and huge former industrial space. Famous artist or not, the idea of a property in the E1 postcode commanding such an eye-wateringly high price would have been completely unthinkable just a few decades earlier.

Artist Tracey Emin’s home was on the market this summer for £12m. Image by @Meetmrlondoner

During the 19th century, new communities arrived in Spitalfields. Jewish people escaping pogroms and persecution in Russia, Germany and Poland sought a new life here. They faced a tough arrival having to cope with poverty, inferior housing and insanitary conditions. They also had to cope with racist abuse from some – but by no means all – of their neighbours.

The area has long been associated with the ‘rag trade’, initially developed by highly-skilled Huguenot weavers, who put the silk industry on the map. They created silk damasks – reversible and usually ornately patterned luxury cloths. Rich Velvets – a material long-associated with royalty and aristocracy – was also a local speciality. 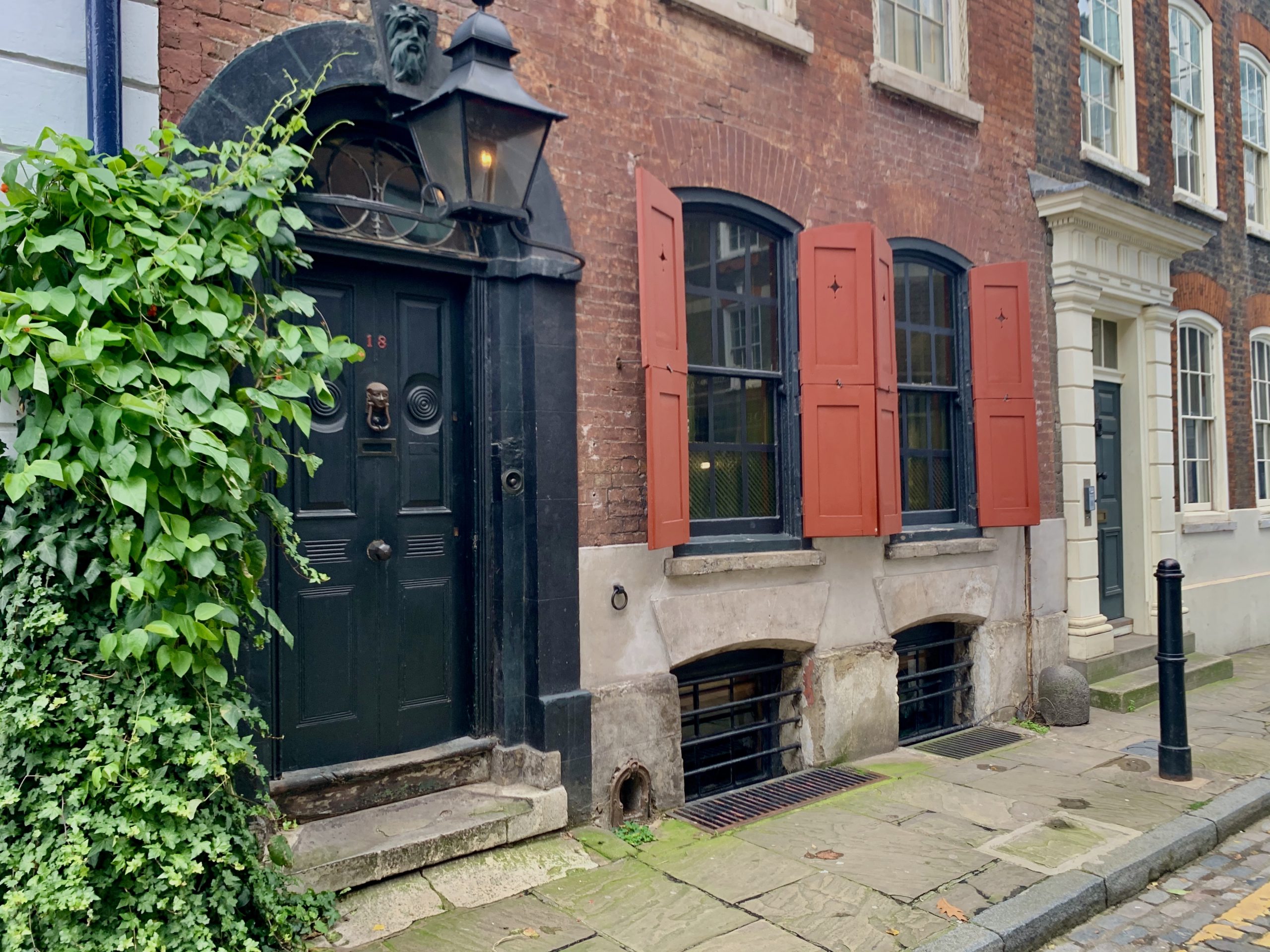 The ‘Dennis Severs House’ at 18 Folgate Street is a Georgian home open to visitors. Image by @Meetmrlondoner

Some of the Spitalfields silk workers became famous – our first celebrity fashion designers. Anna Garthwaite had Lincolnshire rather than French roots. She and her father the naturalist Joseph Dandrige designed exquisite patterns in bold floral designs, which were then recreated as exotic silks. Their home in Princelet Street still stands to this day. Jewish tailors took over where the Huguenots left off. The garment and textile trade today is dominated by the thriving Bengali and Bangladeshi community. 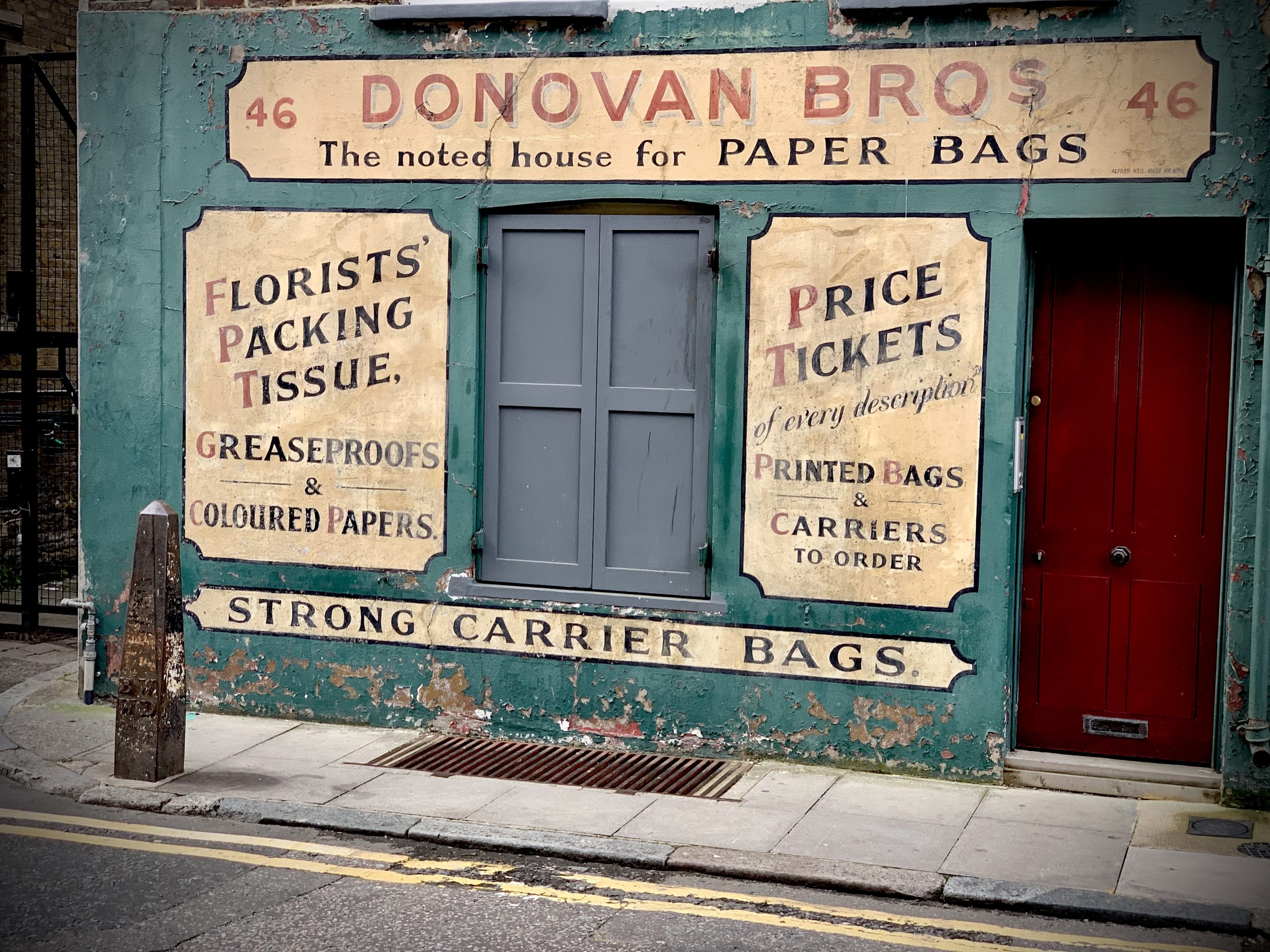 A beautifully-preserved shop front in Crispin Street. Image by @Meetmrlondoner

The lively Spitalfields Market remains the neighbourhood’s main attraction. It was established in 1682. It was owned by various individual and private companies but purchased by the Corporation of the City of London in 1920. The Corporation invested £2m, re-developed and re-opened the market in 1928. It specialised in the sale of vegetables and bananas, with special ripening cellars in the basement. The fruit and veg traders moved north east in 1991 – to Temple Mills in Waltham Forest. Craft, clothing and vintage offerings dominate the present-day market at Spitalfields.

The surrounding streets are home to some excellent pubs and restaurants. Art and fashion is also the thing hereabouts, with many retailers selling the work of small-scale designers, upcoming artists and artisan makers. The former Truman Hanbury Brewery now hosts a number of specialist retailers, like menswear outlet Son of Stag, which specialises in vintage and military-inspired workwear from Japanese and US brands. The huge brewery space also hosts various events and pop-ups, attracting an achingly-hip and urban international crowd. 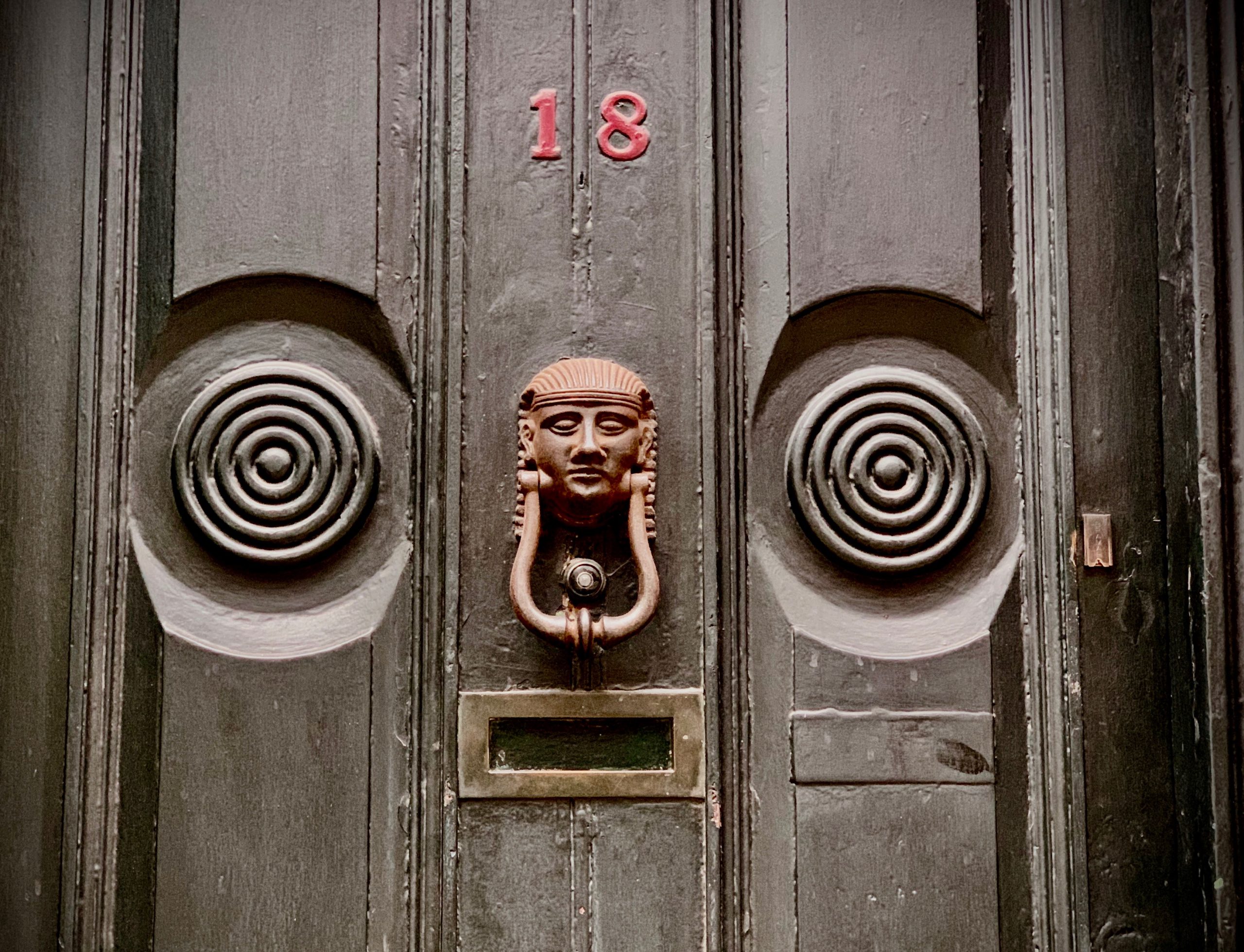 The devil’s in the detail. A Georgian door in Fournier Street. Image by @Meetmrlondoner

Brick Lane was once a rutted track used by horse-drawn carts transporting the bricks made at its northern end into central London. Today Brick Lane’s northern end is a hipster paradise of cool bars, street art and vintage shops. Many come here just to seek out the work of artists like Stik, ROA and Argentinian Martin Ron, who specialises in huge murals. Its southern end is celebrated for its famous curry houses.

Christ Church Spitalfields was the creation of Nicholas Hawksmoor, a pupil of Christopher Wren, our most famous architect of all time.  Built between 1714 to 1729, the church, described as a fine example of the English Baroque, actually has rather neo-classical lines. It shows how Baroque architecture – sometimes described as ‘all curves and drama’ – evolves as the decades progress. This is altogether cleaner and more minimal. Its massive portico with its four Tuscan columns in white Portland stone almost resembles a Greek or a Roman temple.

The church was constructed as part of the Fifty New Churches Act of 1711. Like St Paul’s Cathedral, development was funded by a coal tax. It was built to counter non-conformist religious tendencies in a neighbourhood that had witnessed the arrival of Protestant refugees from France. But its creation was equally a celebration of the victory of the newly-elected high church and anti-Catholic Tory party. Then, as now, the governing Tory party loved huge, show-offy and expensive capital projects. As with modern-day schemes, costs escalated out of control. Of the original fifty churches planned, only twelve were built. Eleven of them still stand: one fell victim to the Blitz. 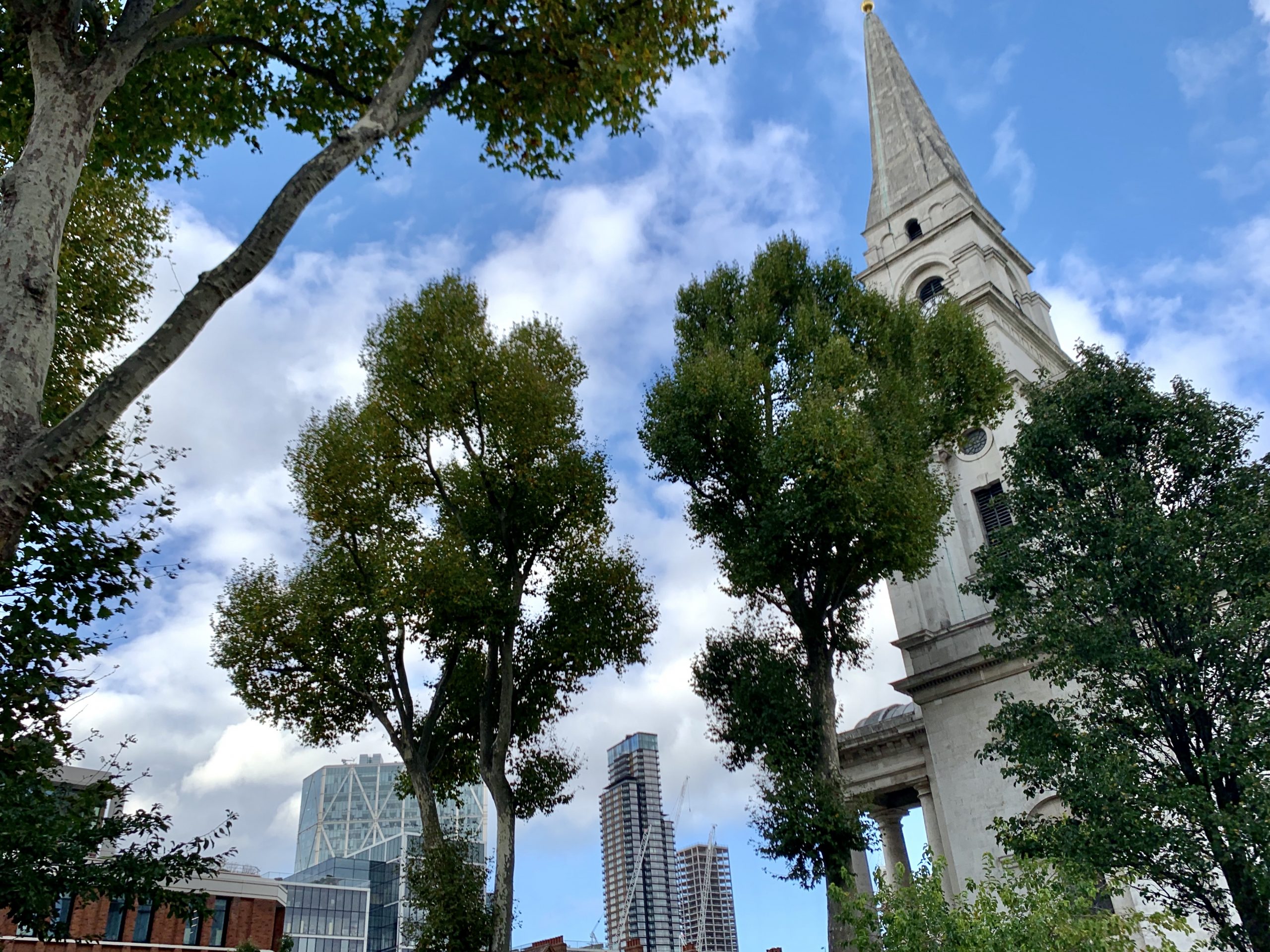 Christ Church’s fortunes post-war were far from certain. It was heavily damaged in the Blitz. At one point it faced demolition. Its repair was only made possible when the Church Commissioners sold off another blitzed church – St John in Smith Square. St John was built at the same time, as part of the same 1711 Fifty Churches Act. Today it’s beautifully restored and serves as an atmospheric classical music venue. 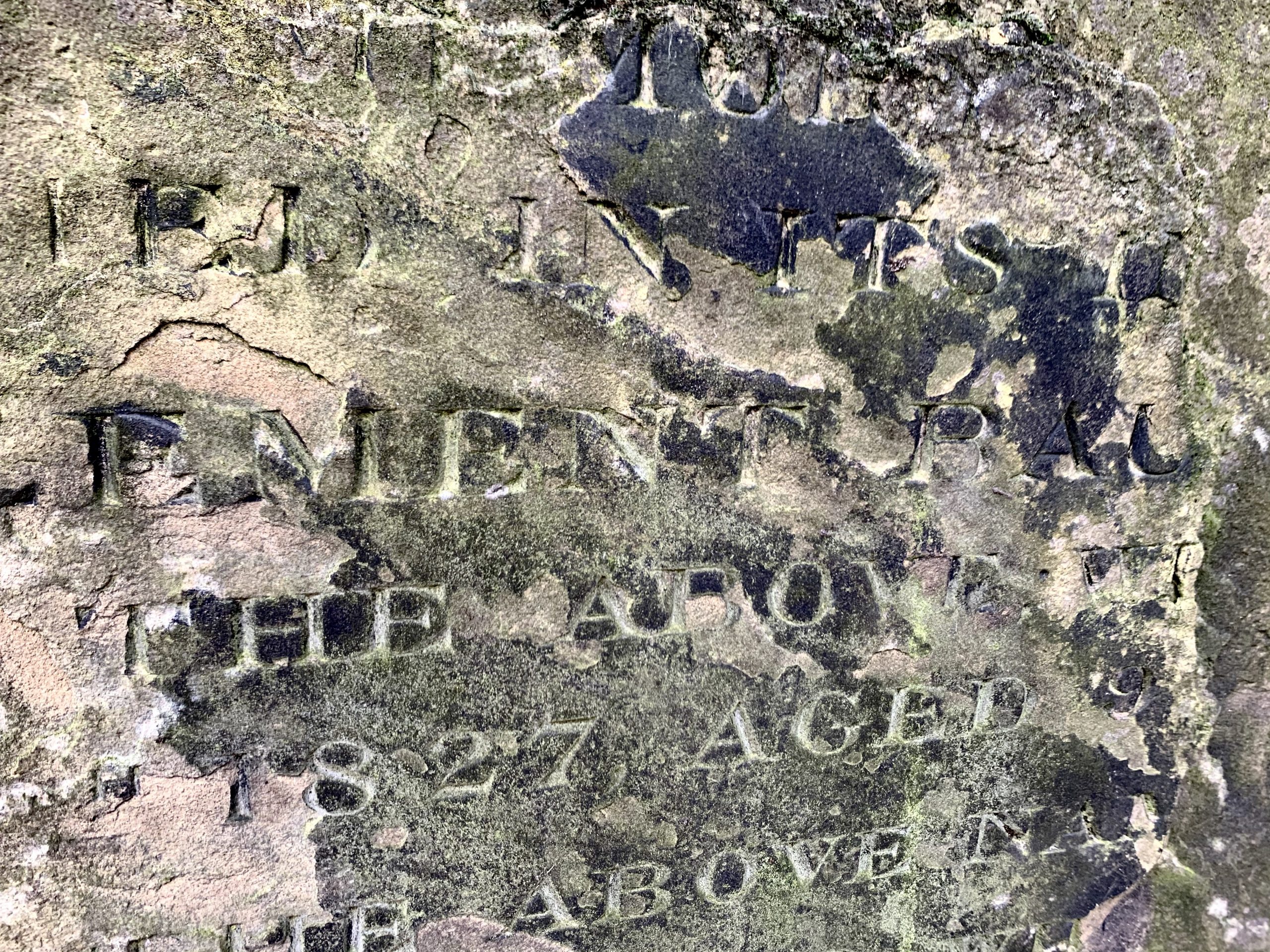 One of the few remaining tomb stones in the graveyard at Christ Church. Image by @Meetmrlondoner

Christ Church’s graveyard is now neat and tidy, with only a few of tombstones surviving. The scene was very different back in the day. It had become overgrown with dense vegetation and was known by the 1950s – in the local parlance – as an ‘itchy park’. This was a place where lovers met or prostitutes plied their trade among the brambles and ‘itchy’ nettles. In 1967 the London band the Small Faces released the hit song ‘Itchycoo Park’, which referred to various wild places across east London. 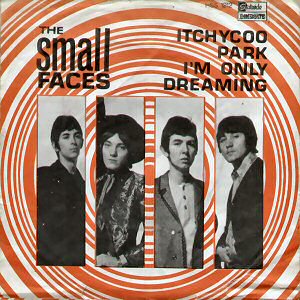 The Ten Bells pub at 84 Commercial Street is right opposite Christ Church. It’s said that two of the victims of Jack the Ripper, Mary Kelly and Annie Chapman worked here in the 1890s. Today the pub celebrates its Victorian heritage: it’s Grade-II listed. Its other claim to fame is that the great-great grandfather of celebrity chef Jamie Oliver was landlord here in the 1880s.

Don’t miss the prissy ‘Commit No Nuisance’ sign – painted in the 19th century by the church authorities on the wall of Christ Church opposite. This was a vain attempt to calm the rowdy Cockney pub-goers of this non-conformist neighbourhood – that’s always done things its own way.